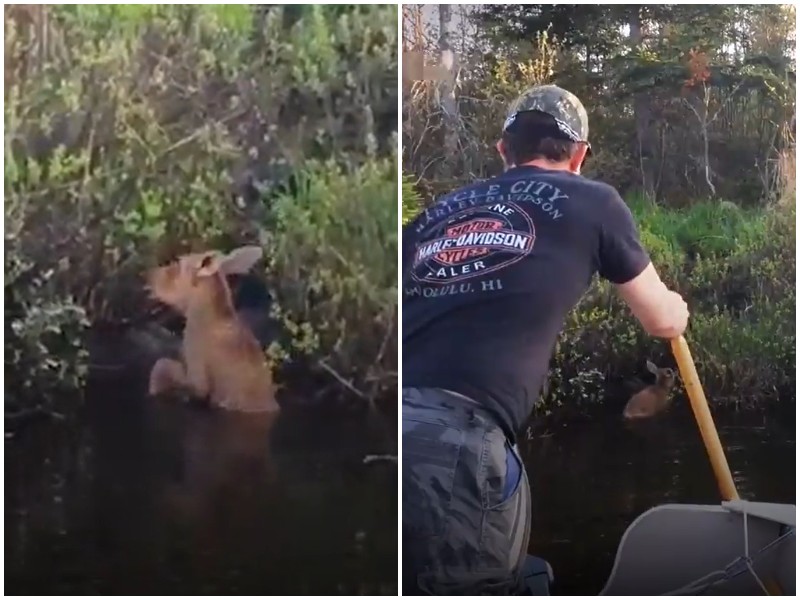 The mother moose ran excitedly near her calf, which was struggling in the water near the shore, and could not get out in any way. The mother did not know how to help it until the fishermen on the boat noticed the baby.

Fishermen in the United States were boating on the lake when they suddenly noticed a female moose running from side to side near the shore, clearly worried about something. Approaching, the fishermen saw a small elk in the water, which tried its best to get out of the water but could not. 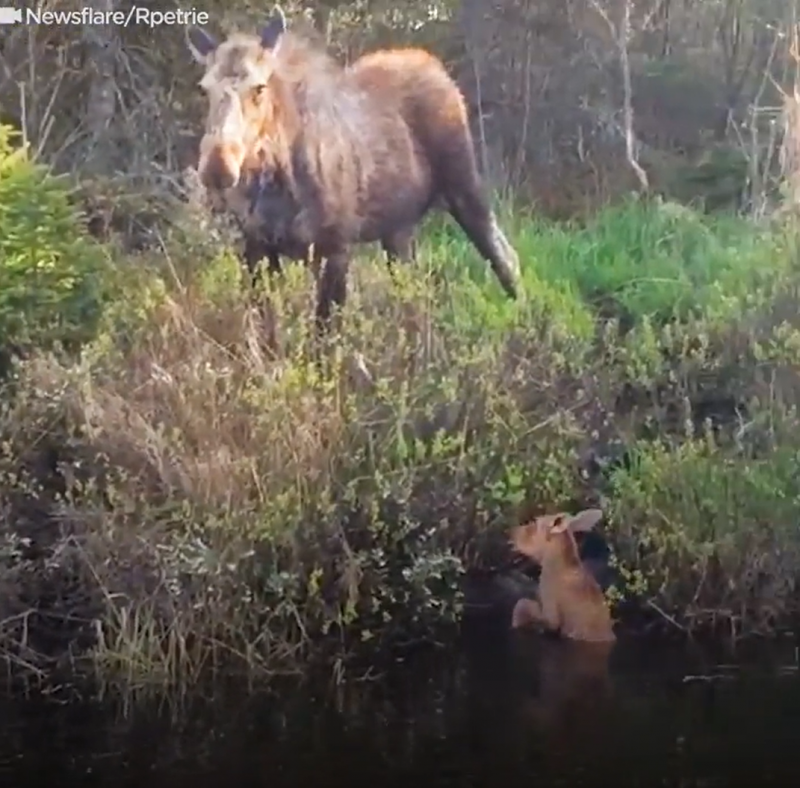 The terrified calf was too small to go out on its own – and there was nothing its worried mother could do. The fishermen immediately decided to help the poor animal, and cautiously swam closer. 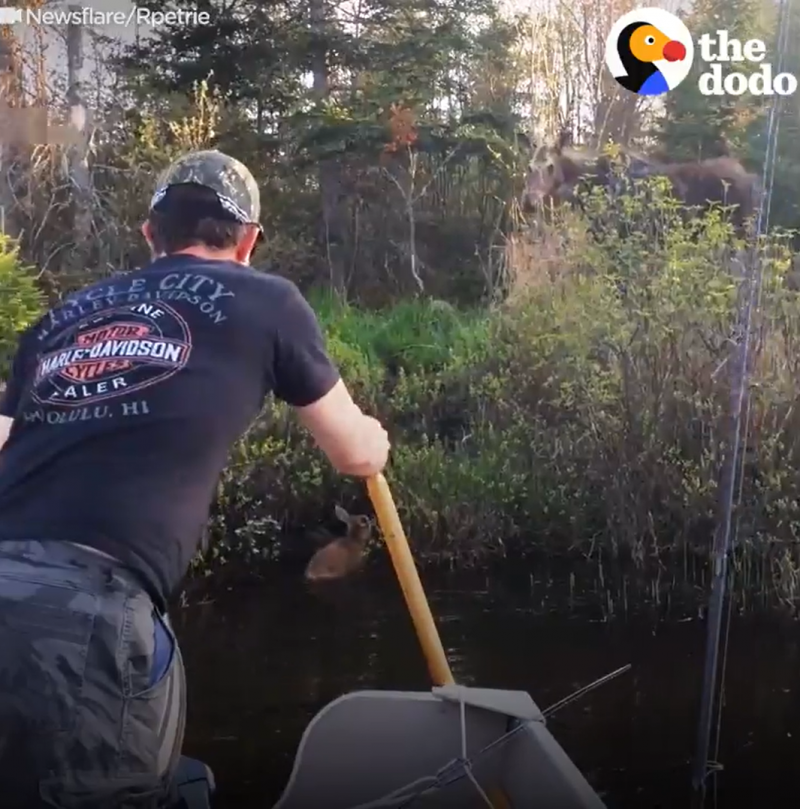 They carefully took the calf out of the water and put it into the boat. Fortunately, thanks to them, it was safe. The calf did not even particularly resist – although it was clear that it was scared, it seemed to know that it was being helped. 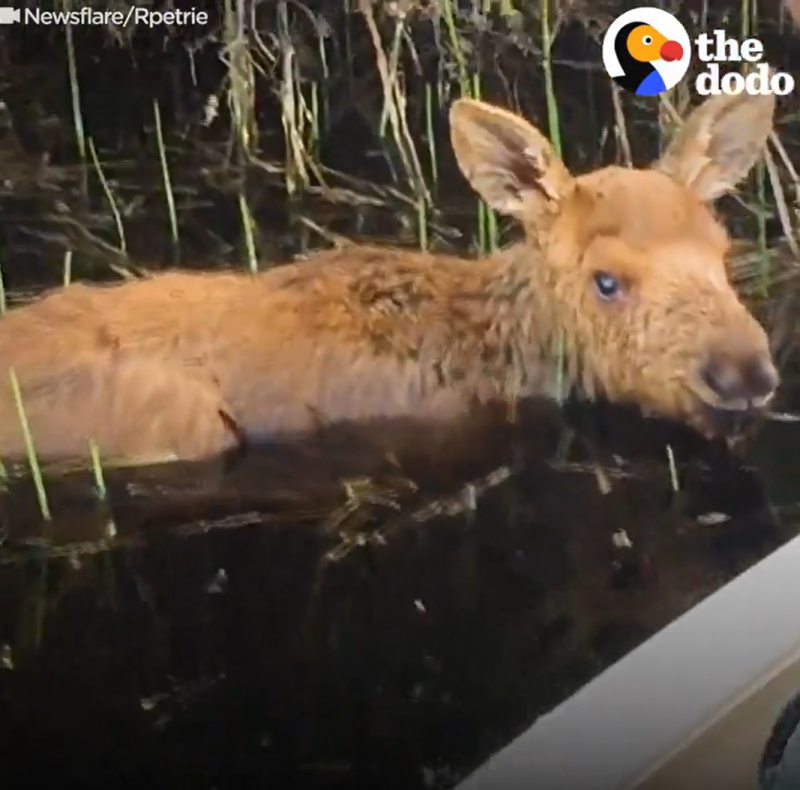 After that, the fishermen released the calf to the shore. First, the baby looked back at its rescuers, as if thanking them for their help, and then followed its mother into the forest. Thanks to the good fishermen for helping this little one! 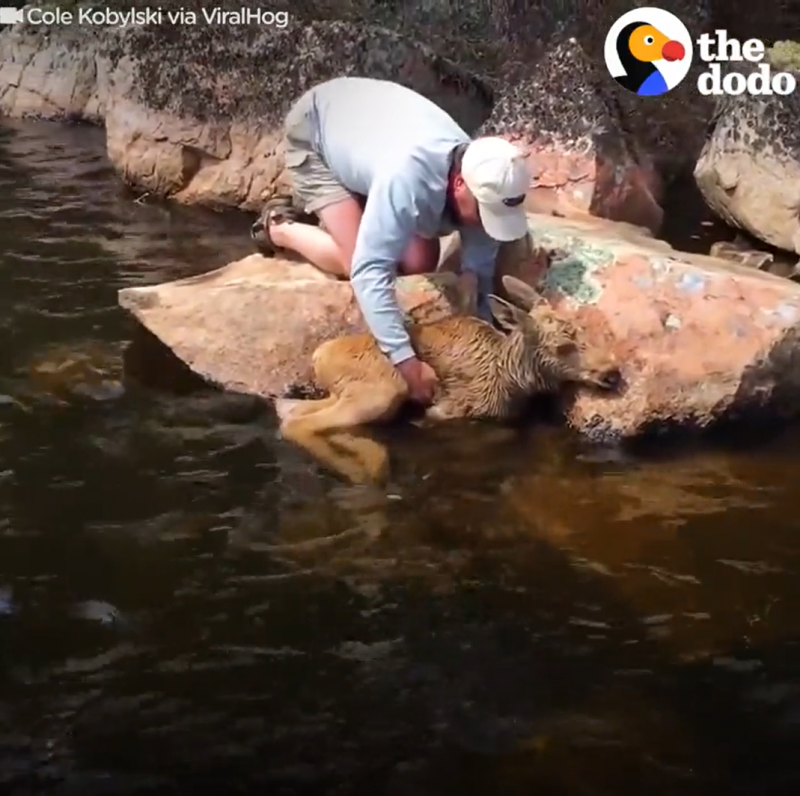 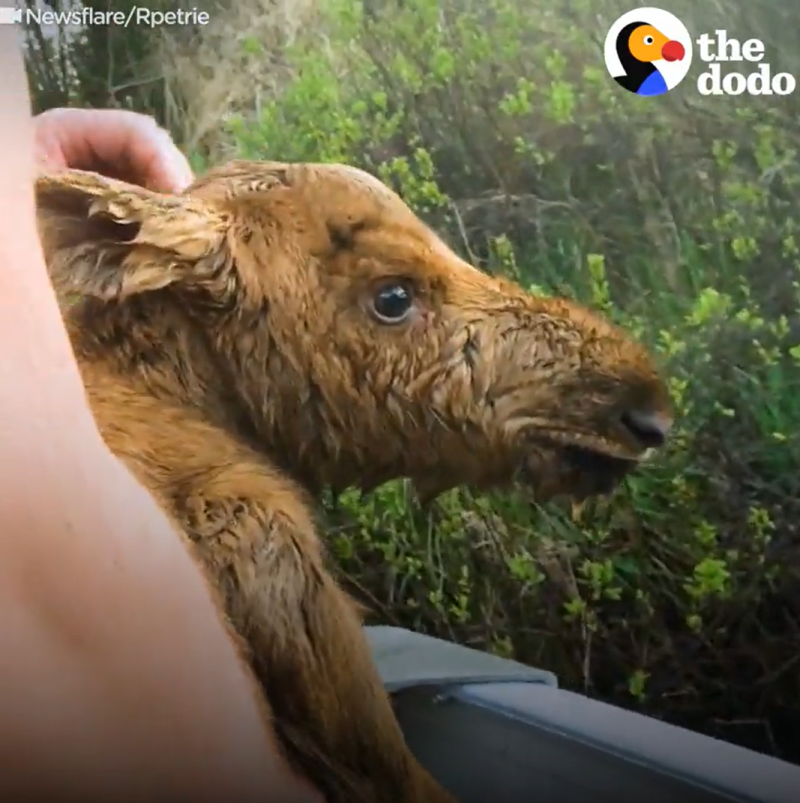