Greg Brkic has long dreamed of going to the mountains in Croatia. Therefore, he was really happy to go hiking on the Velebit mountain range, which runs along the Adriatic coast.

But this journey could not be happy, because at an altitude of 1800 meters the man fell, injured himself and was immobilized. His companions could not get to a friend and began to call rescuers. But the dog Nord, which Greg decided to take with him, easily galloped to his owner. 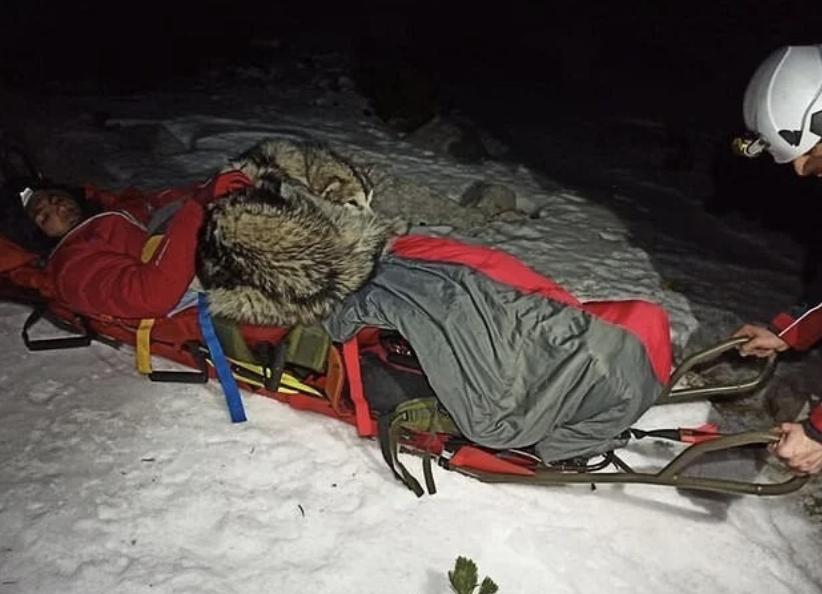 Doctors believe that the eight-month-old Alaskan malamute Nord literally saved Brkich’s life. The fact is that the man spent 13 hours on the snow-covered ground, unable to get up and continue his journey. The dog was near him all this time and warmed him with his body.

Rescuers and a support group of 30 climbers still managed to get to this part of Velebit. Already rescued and delivered to “civilization” the man confessed:

“The minutes and seconds before their arrival dragged by very slowly, but my beloved dog is a real miracle.”

Nord’s attachment to Greg can really be considered a miracle. The dog refused to leave his master, even when he was put on a stretcher.

Rescuers admitted that without Nord, Greg would hardly have been able to survive this fall. But they called for a more responsible attitude to climbing with dogs, it can end fatally for animals.

ANIMALS 0 40 views
After the holiday season, unscrupulous owners abandon their pets on the plots. The poor

ANIMALS 0 27 views
During severe flooding in the US state of Kentucky, hundreds of homes were flooded

ANIMALS 0 26 views
This wonderful cub in the picture is a very rare species of cheetah. Immediately

ANIMALS 0 38 views
This dog from Novosibirsk Tolmachevo Airport has already been nicknamed the local Hatico. The

ANIMALS 0 33 views
After putting away their autumn belongings next to the garage, a family from London