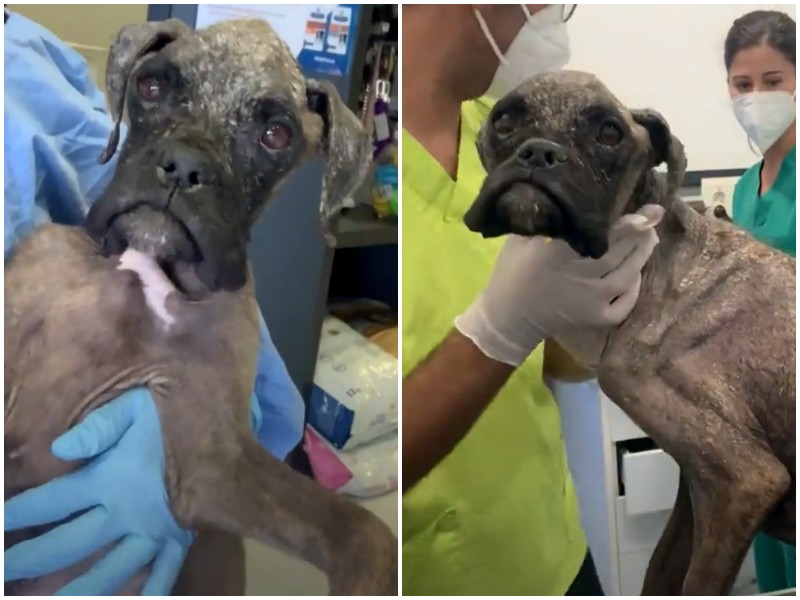 An emaciated, hungry, distrustful dog was seen on the streets of Spain. The poor thing looked so sad and was in such a state that people could not tell what breed it was.

People in Spain noticed this skinny and scabies-covered dog in the street. The poor thing, with its ribs sticking out, was sadly looking around for food. People immediately contacted rescuers to help it. 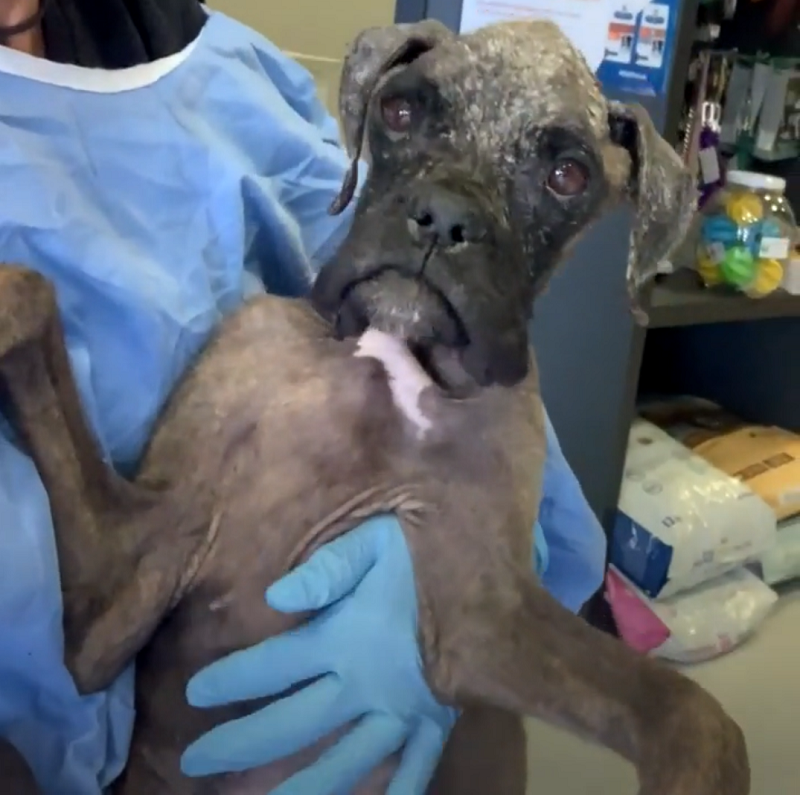 When the volunteers from Galgos Del Sol came to pick up the dog, they couldn’t even identify the dog’s breed because of how sad it looked. They rushed to take it to their center and started restoring it to health – feeding it on a schedule, giving it medication, and taking care of it. 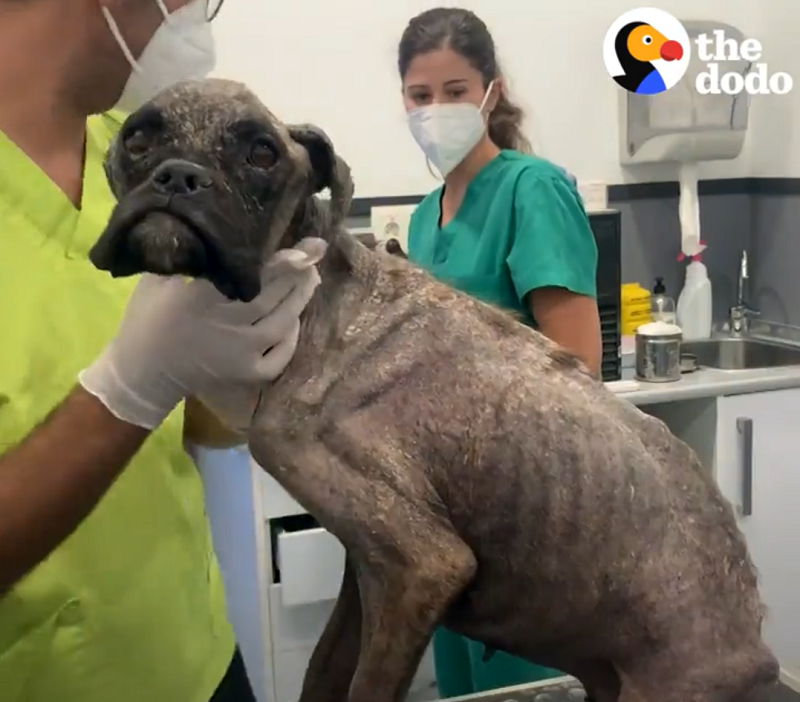 The dog was afraid of people, but it wagged its tail happily on the first day of rescue, knowing that it was safe now. The dog was named Sunday. Due to excessive underweight, at first, the dog was fed standing on a special chair. Only after some time the dog was able to eat normally. 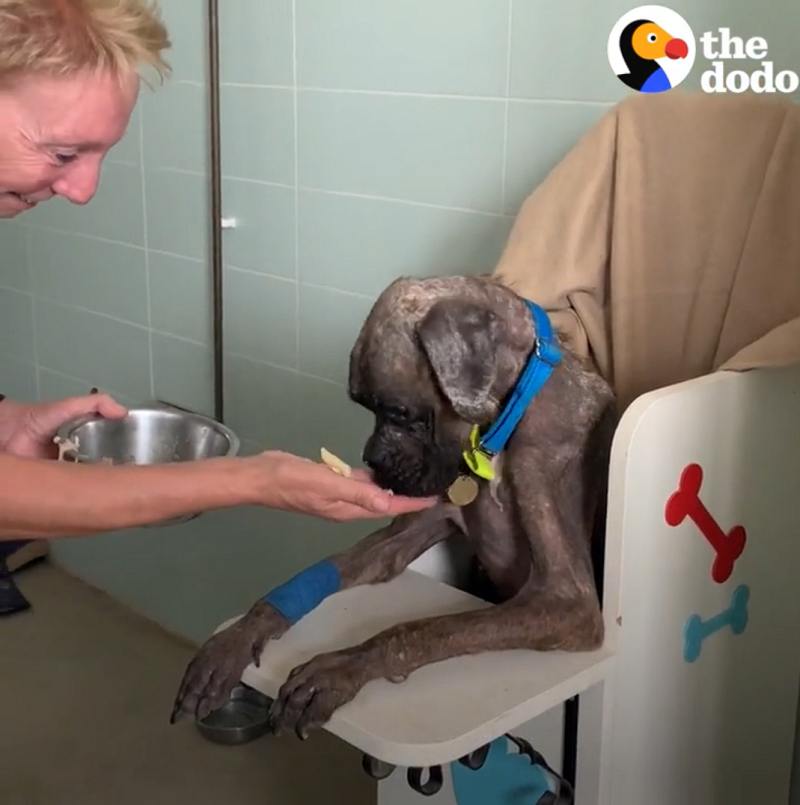 During the treatment, the staff fell in love with it, and after a slight improvement, one of the staff members took it into her care. There Sunday began to get better and stronger every day. Here Sunday was sensitively cared for and befriended the other dogs in the family, playing with them for hours on end. Its fur grew back and it gained weight. 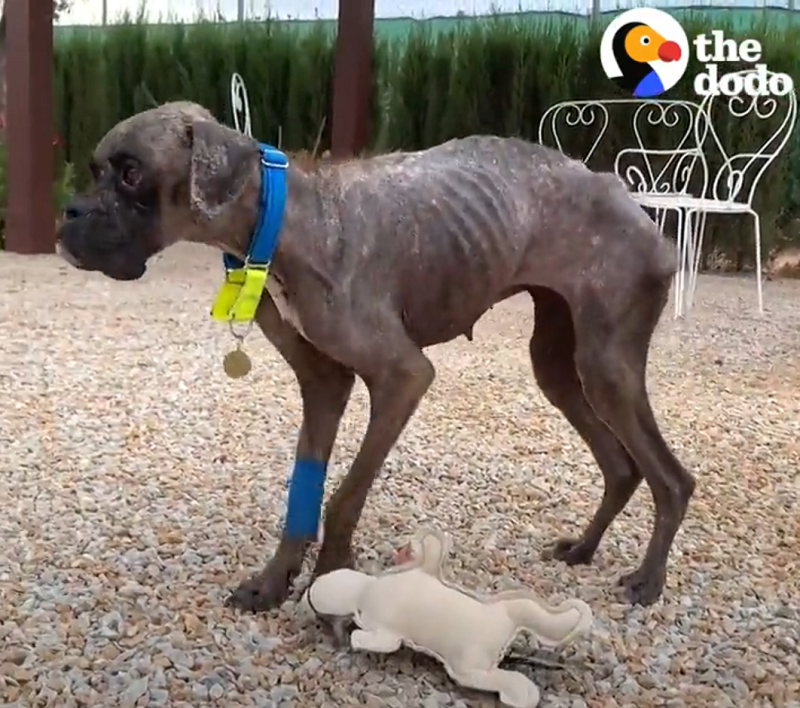 Soon Sunday was transformed into a different dog in the loving hands of the center’s staff – becoming an active, playful, and affectionate beauty. When the time came to look for a home for it, its guardian decided that the family was very used to it. So Sunday stayed with them, and it continued to bring joy to everyone in the household! 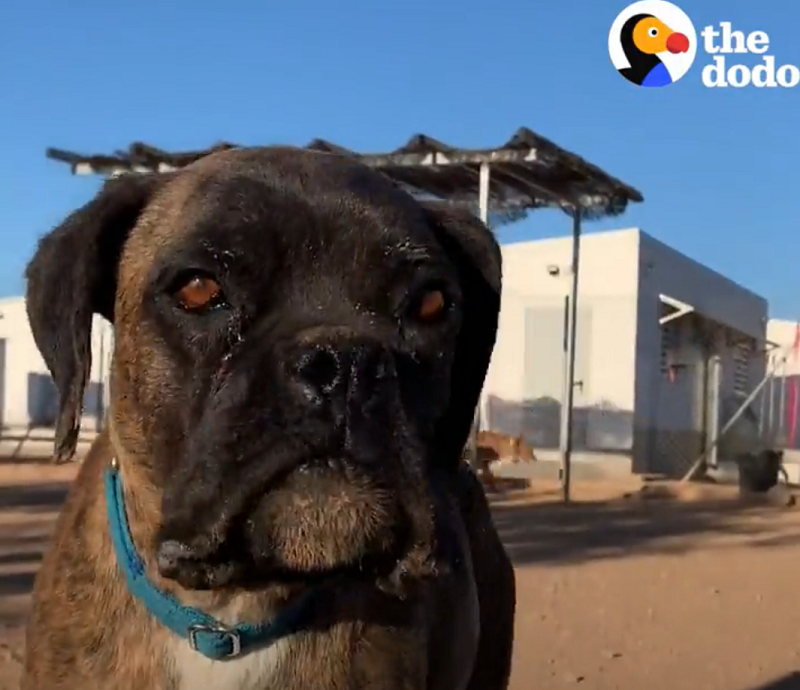 Many thanks to the kind people who rescued this pooch!