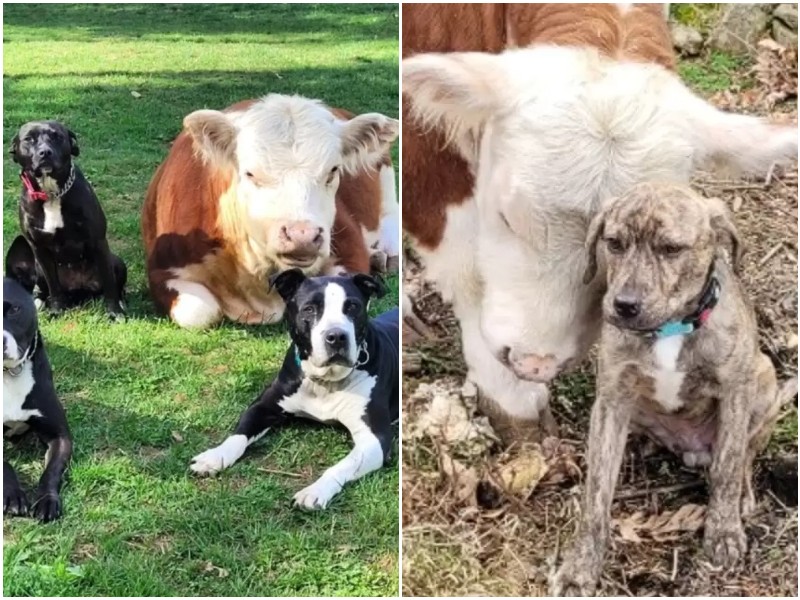 A calf called Haru was born special – it was much smaller than its brothers, so it was not accepted by its brethren. Haru spent most of its time alone. So the owners decided to sell it…

A calf called Haru had difficulties from the very beginning of its life. It was born on a farm in the USA, and was much smaller than the other calves, which made its mother and brothers not accept it. They decided to give the baby away from the farm and placed an advertisement. Fortunately, some kind people soon helped.

A family found an advertisement and immediately decided they had to help Haru. That’s how the calf got a new home. They have many animals living on the farm and Haru is the perfect addition to the large family. However, the owners were worried about how Haru would cope with the nine dogs they have. 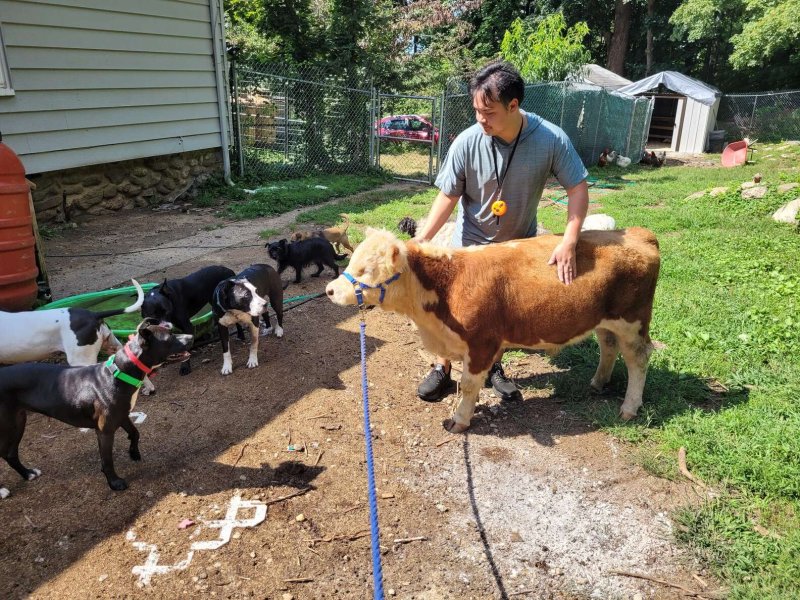 The owners slowly and carefully introduced the dogs to Haru, and after a few days, to the surprise of everyone around them, they became friends! Although it took about a week for Haru to get used to the dogs, they soon found a common language – it was as if the dogs had accepted Haru into their ‘gang’, and were constantly spending time around it. 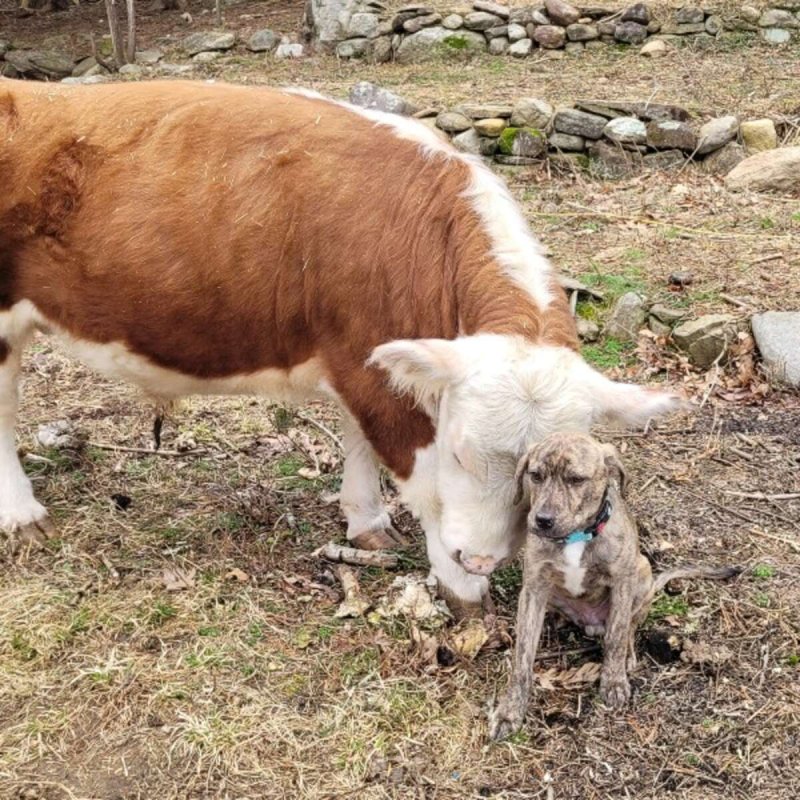 “Haru adores our dogs! It even puts its head down so that they can kiss it, and plays with them for long periods of time,” say the owners. The dogs love Haru back – they adore their new friend. Such wonderful friends! 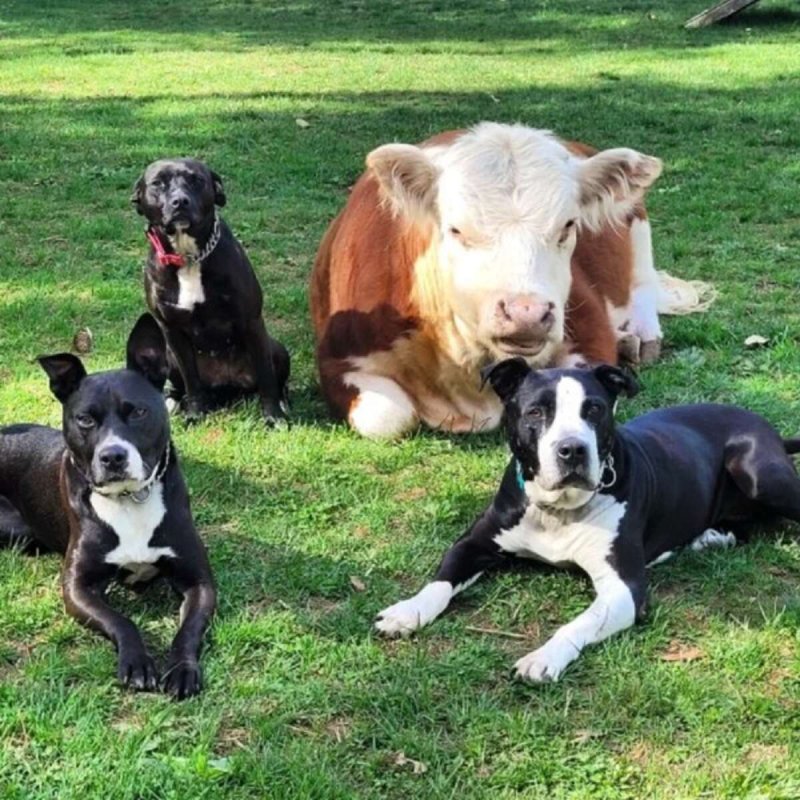