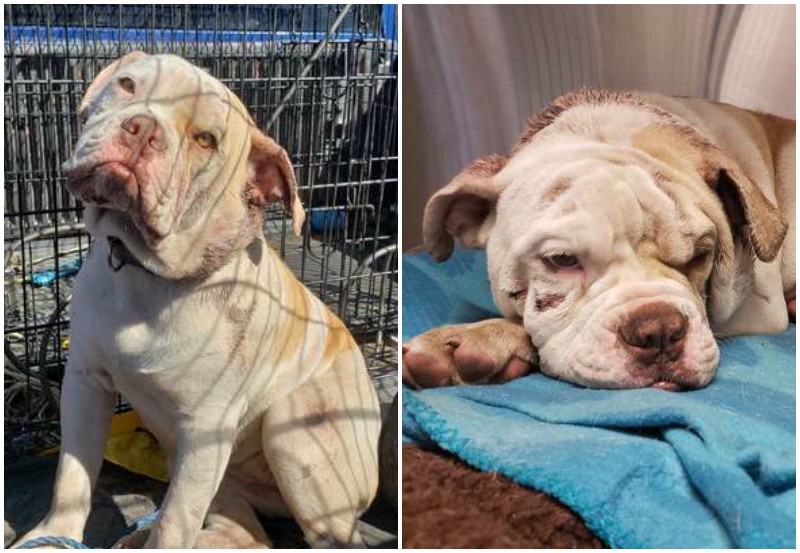 When Marzipan was brought to the rescue center, it was hard to look at her without tears – she had been shot twice, her head was swollen, and the dog was covered in mud and blood. But there was a man among the shelter staff who fell in love with this sweet and gentle creature. 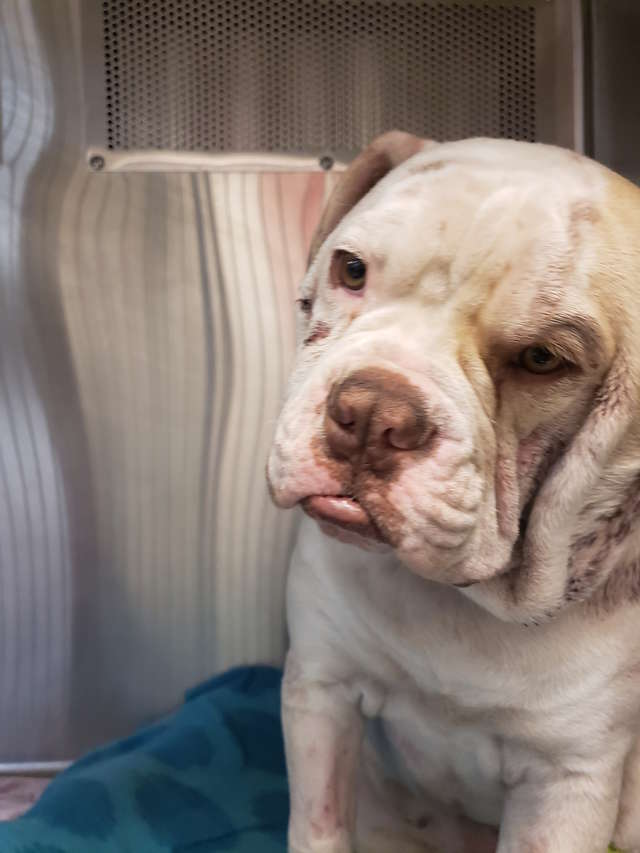 Marzipan and two other dogs were taken to the Department of Animal Welfare in Albuquerque, USA. The animals were in a cramped cage and in desperate need of help. Department officials discovered that two of the dogs had been shot and one had been poisoned – at first they were going to put the poor creatures to sleep, but decided to do what they could to help them recover.

Her head was swollen and she was covered in blood and dirt. 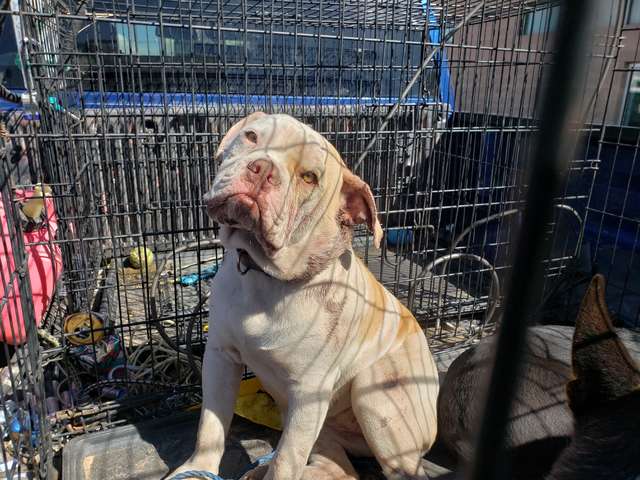 Adam Hevey, one of the staff members assigned to the three dogs, was shocked by their condition. In all his practice, the guy had never encountered anything like this. He felt a special connection immediately with Marzipan.

“While the other dogs were barking, Marzipan sat quietly and looked me straight in the eye. Her head was swollen and she was covered in blood and dirt, but as soon as our gazes met, I had a strange sense of connection with this dog that I can’t explain,” Adam says.

“Every time she sees me, she wags her tail so much that she loses her balance.” 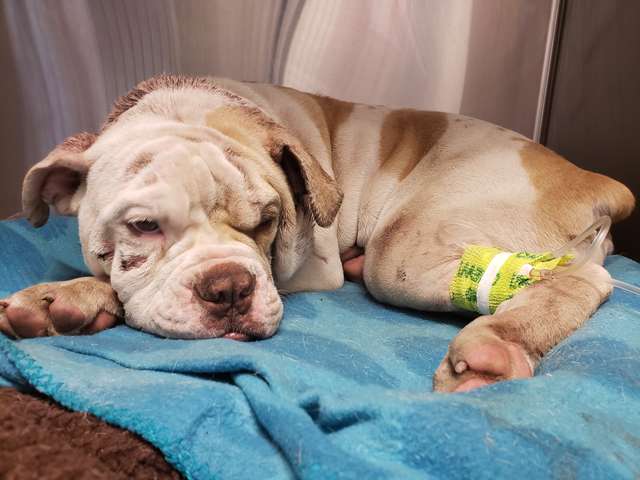 All three dogs were immediately treated. The doctors determined that Marzipan had been shot twice in the head – she had miraculously survived. It was evident that Marzipan was different from the others: despite the severe pain this girl was in, she wagged her little tail happily, seeing the caring staff, and especially Adam.

After several rounds of treatment, all three dogs were doing well. 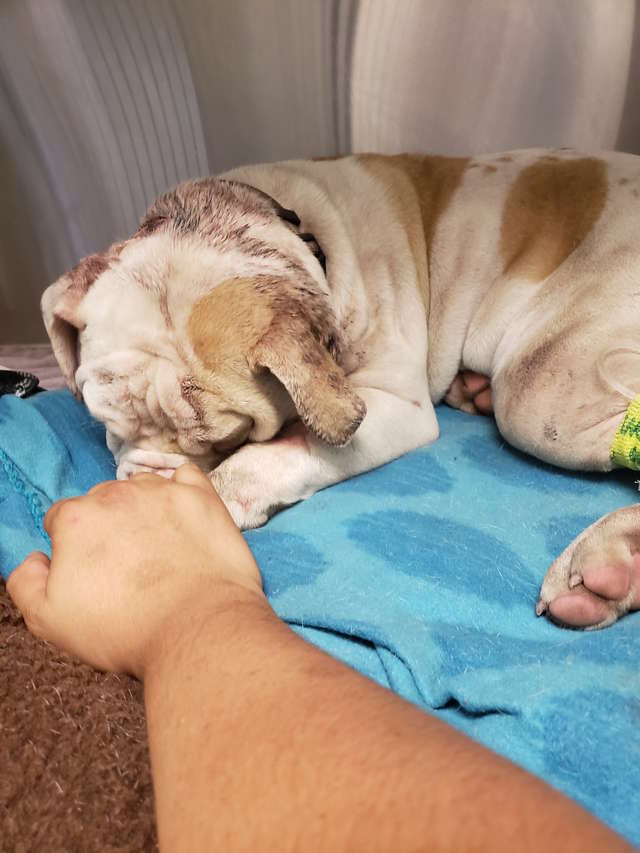 While Marzipan was recovering, Adam couldn’t stop thinking about her, constantly worrying about her condition. He visited her often to check on her, and even came to check on the dog on his days off.

When Marzipan recovered, she was ready to go to the temporary care place. 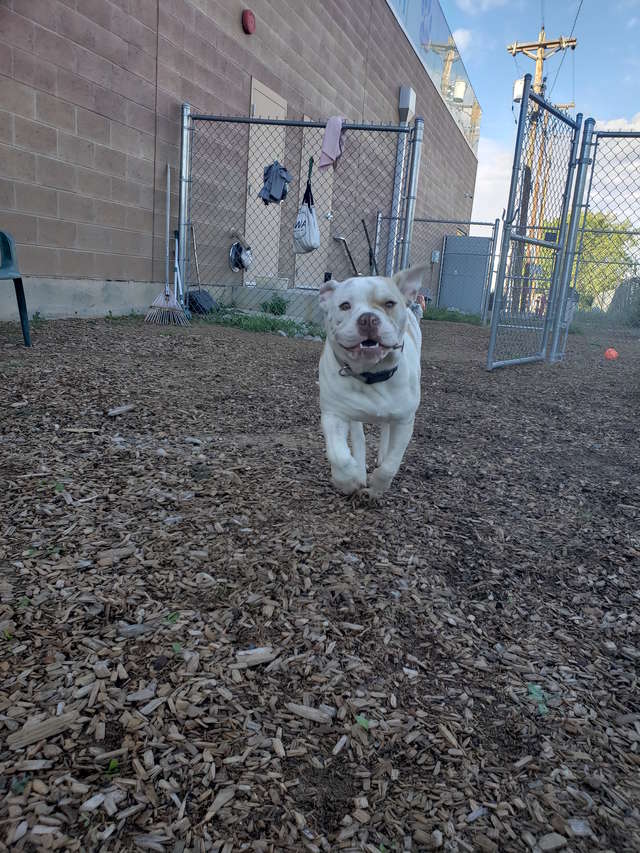 Naturally, Adam took the initiative to take the dog with him. Over time, the guy realized that he could not imagine his life without Marzipan, so much did he love this cute creature.
Soon Adam became Marzipan’s most loving and caring owner! 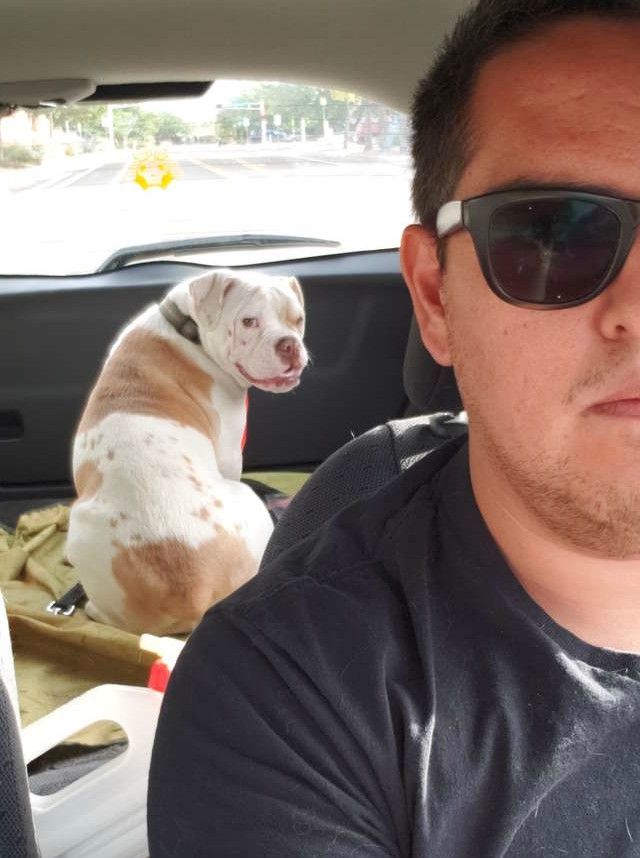 This dog has been through a lot, and although she has lost her hearing and sight on her left side, that doesn’t stop her from remaining cheerful and full of energy.

Marzipan loves to run and play with her new family and canine brother. She loves to steal socks and chase tennis balls, and seems so happy to finally have a loving home! 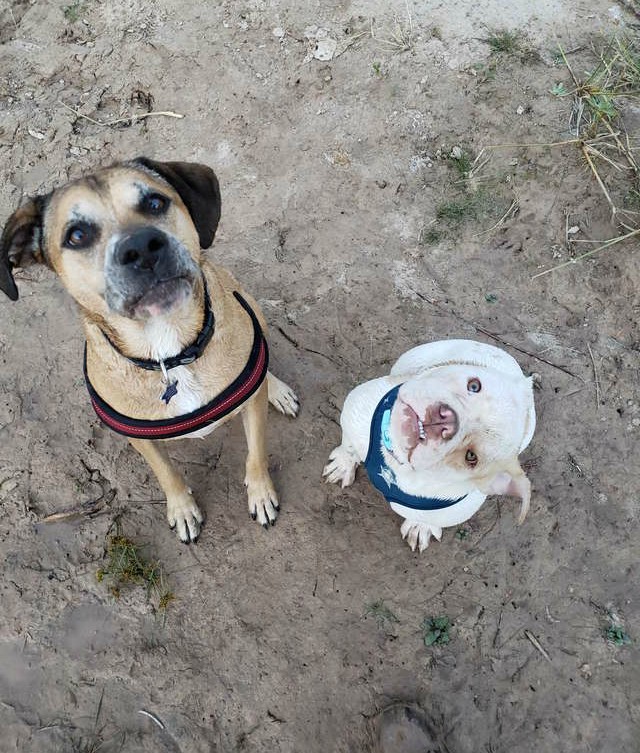 “The very second I met Marzipan’s gaze as she sat in her cage – every sad story, every horrible situation and every accident I had experienced while working at the animal rescue center flashed through my mind. She told me with her look – you’re doing the right thing, and everything is going to be okay…” – Adam recounted.