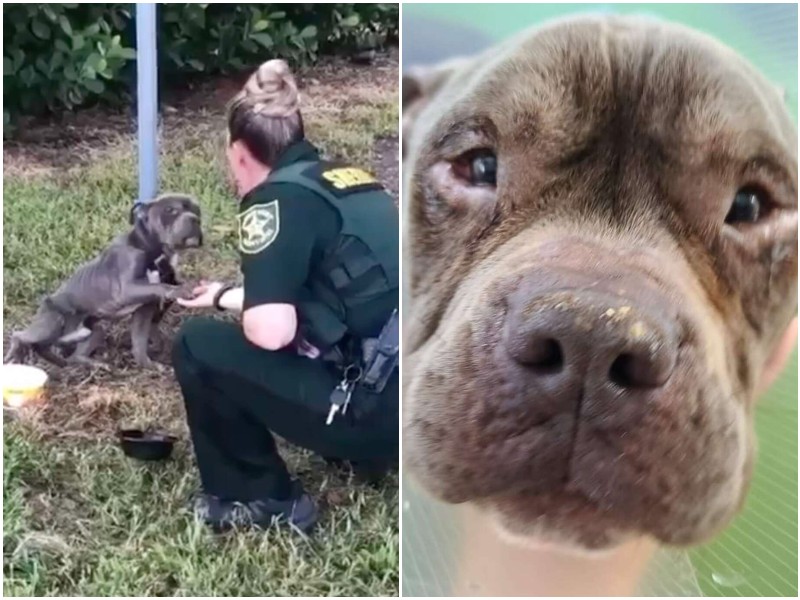 This skinny dog was accidentally spotted by a police officer while on patrol. The dehydrated skinny dog was tied to a pole and could hardly move due to weakness and hunger. 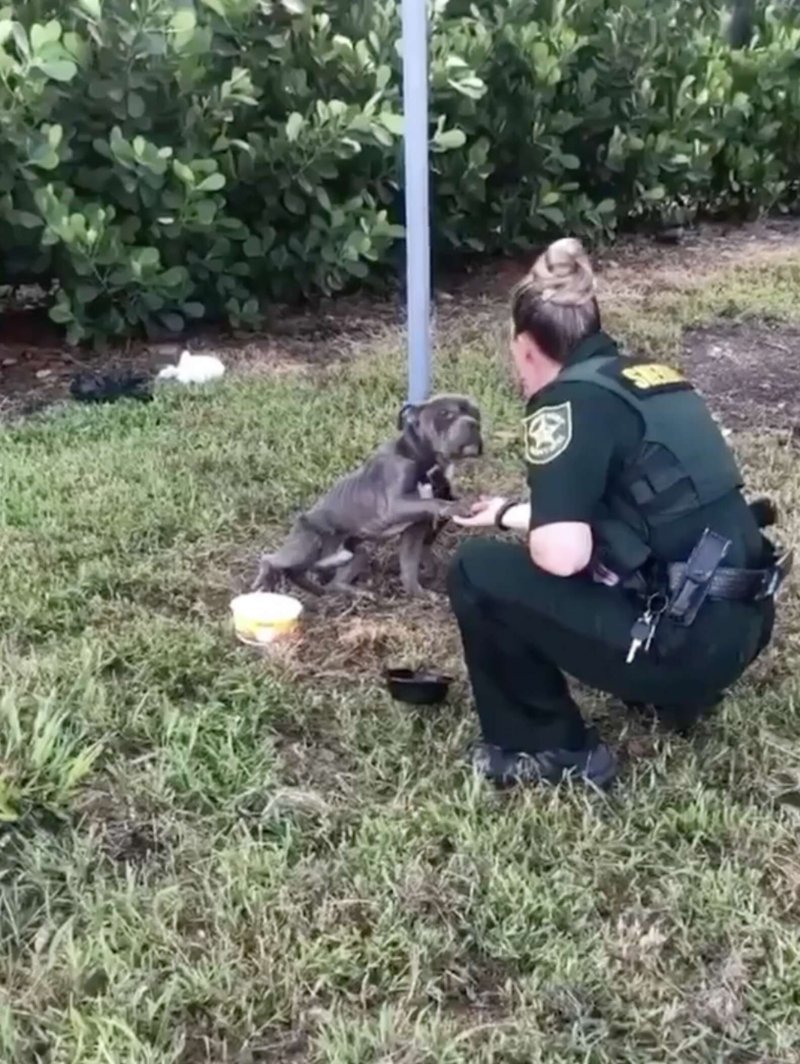 One day, an officer named Angela Laurella from the United States noticed a dog tied to a post while on patrol. The poor dog could hardly move, and besides, it was very hot outside. The animal was dehydrated, hungry, and scared.

Despite all the hardships, when the woman approached the dog, he trustingly gave her a paw and asked for affection. He still trusted people, regardless of what they had done to him… The dog looked at the woman with pleading eyes, as if asking for rescue. 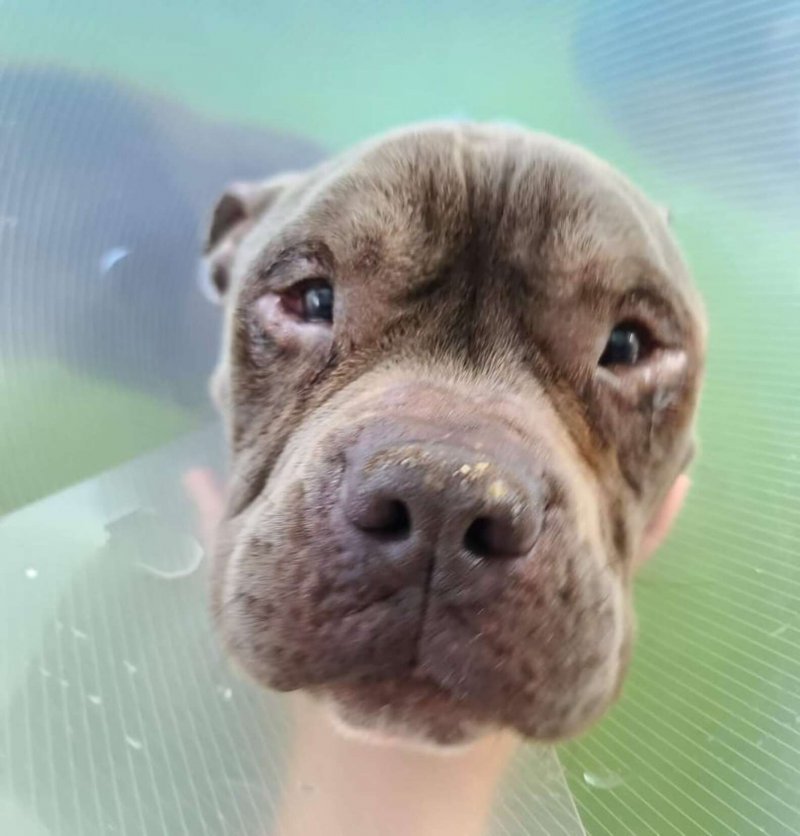 That day, the officer untied the dog and brought him to the local veterinary clinic. There he was taken care of, and later transferred to temporary care to a volunteer of one shelter. The dog, nicknamed Liam, turned out to be a cross between a pit bull and another breed. 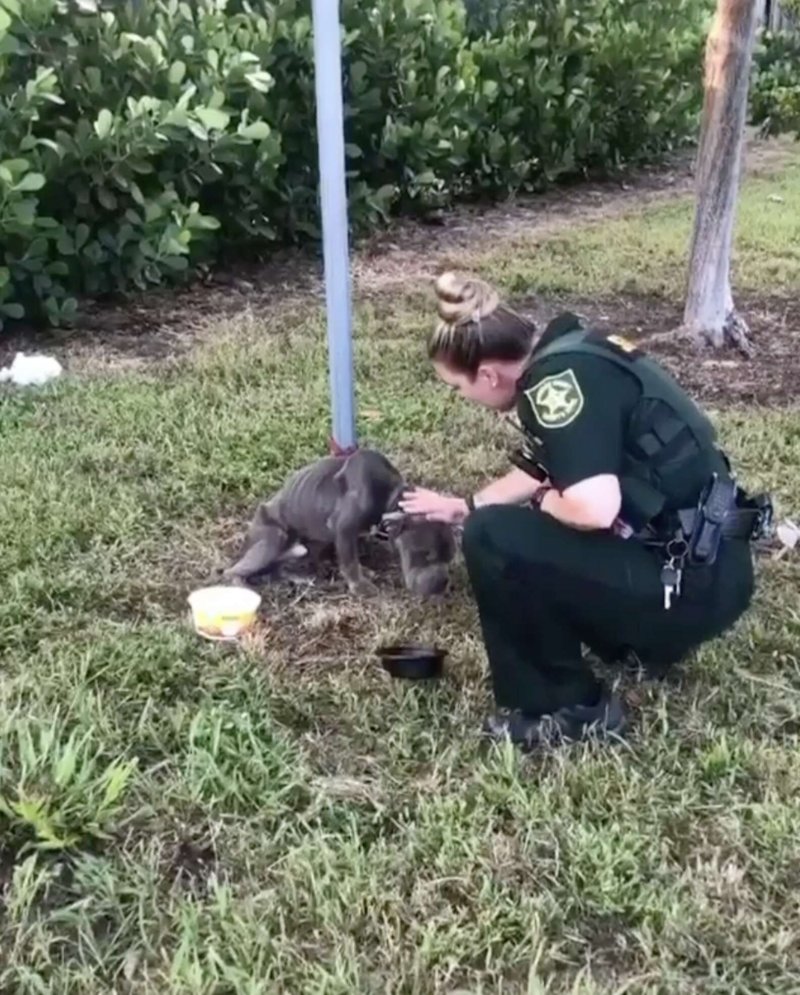 At the place of temporary care, Liam showed good progress after a couple of days. He began to eat a lot and gain strength every day. Although this boy still has a long way ahead, during this time he has not lost the love and gratitude that he gave to his rescuers. 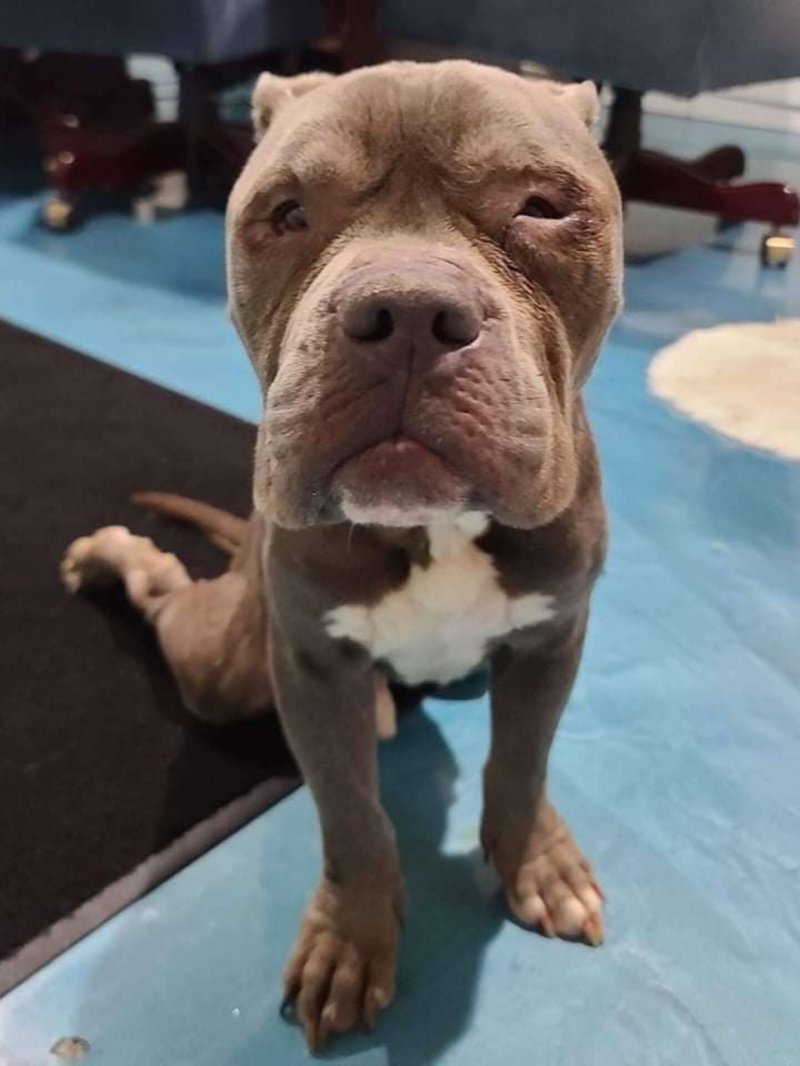 After a full recovery, loving home will be found for Liam. We wish him to find the best owners! 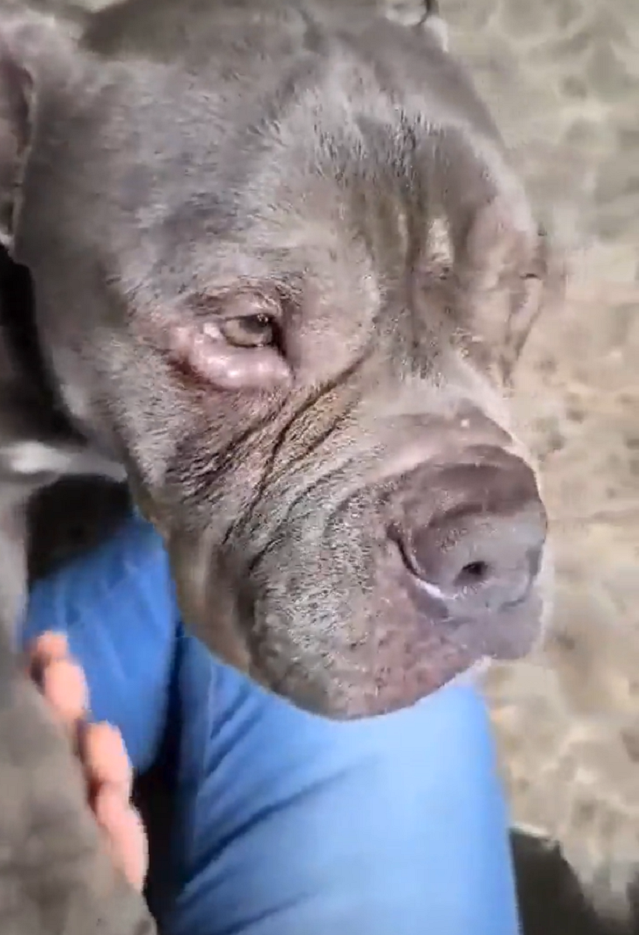