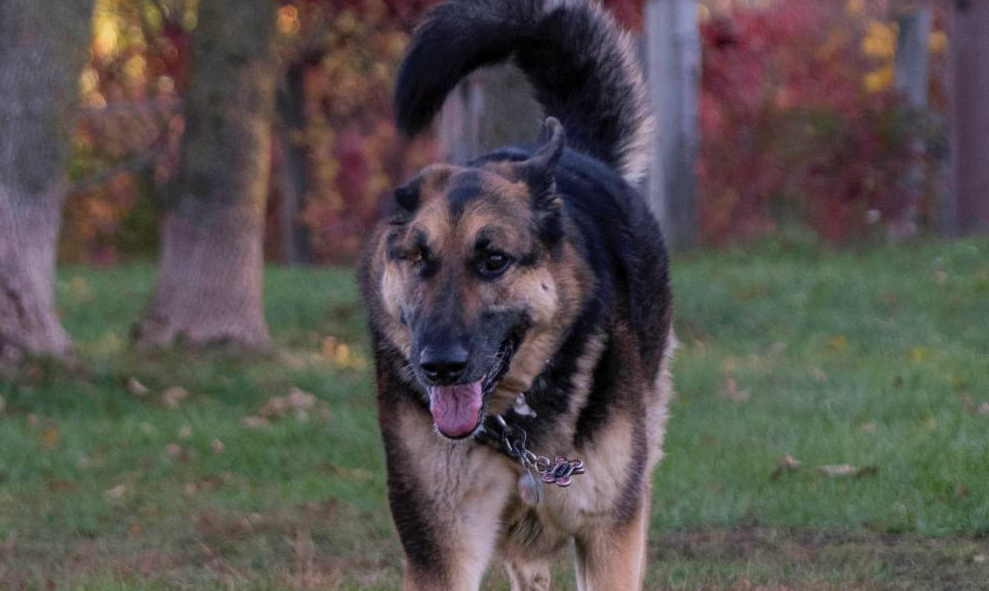 I adopted Callie from Gail’s Second Chance Pets in Oakdale, Arkansas. (The rescue is run by an 80+-year-old lady who is the sweetest person ever!) 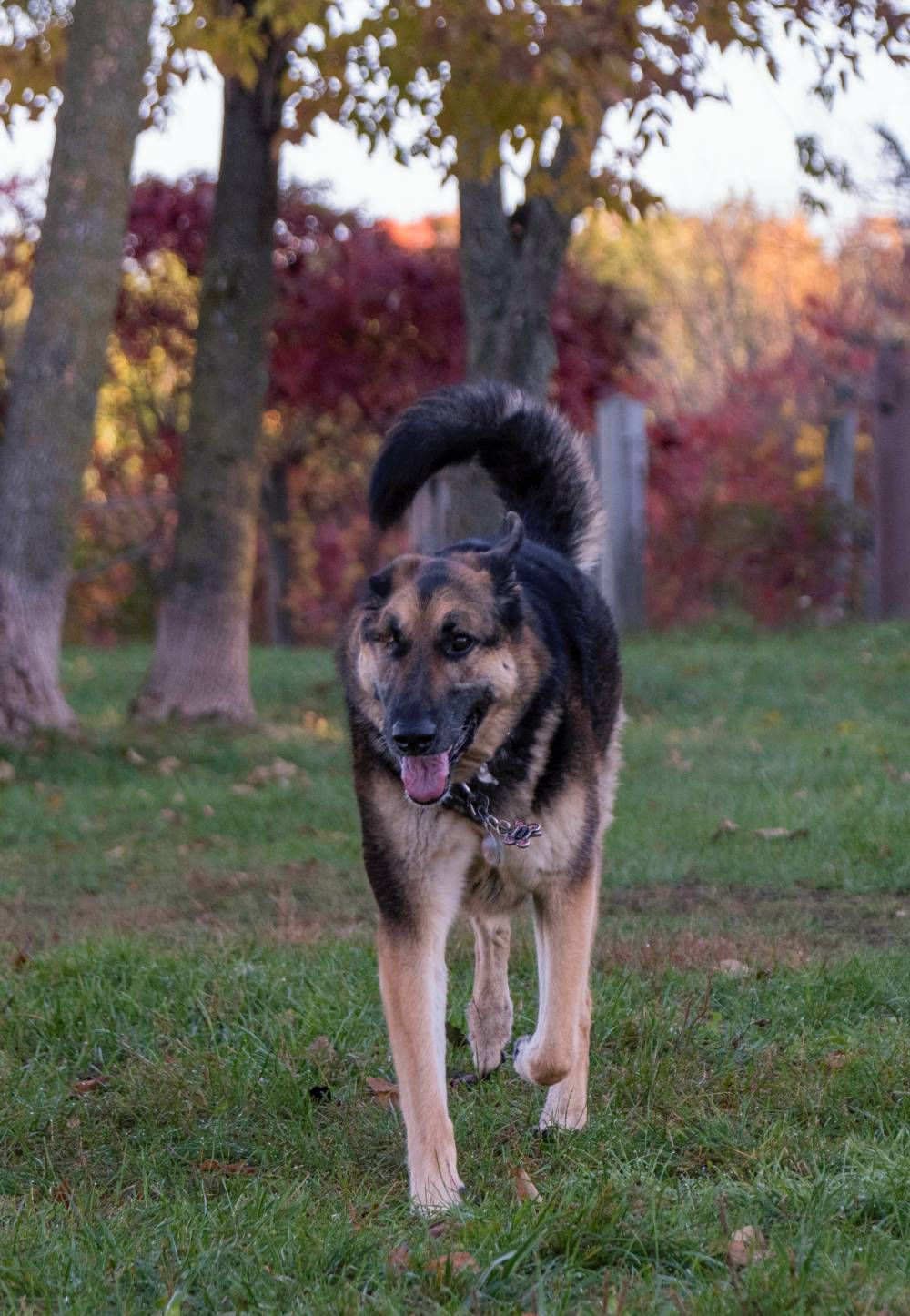 Callie was shot in the head and left to die in the woods in Arkansas by what we presume was her first owner. Fortunately, someone found her and rushed her to the emergency vet. Her life was saved by this person but she was not without scars. She’s missing her right eye, part of her ear, and skull on the same side.

You can feel the path the bullet took. She still has bullet fragments in her skull. (We learned this here in Wisconsin after she needed some x-rays for her teeth.) Unfortunately, the wonderful person that saved her passed away, and she ended up at Gail’s. That’s when I come into play and when she becomes a part of my family.

I saw her on Petfinder. I wanted a younger dog, but not a puppy. And German Shepherd was a must! But there she was 9 years old (now 10)! I emailed the rescue to see if they adopt out of state. Once they said yes, I filled out the application, and within one hour Gail was calling me. Within two weeks I was on a road trip to Illinois to meet a transport team to pick up our sweet Callie! My daughter and I didn’t meet her until that moment! 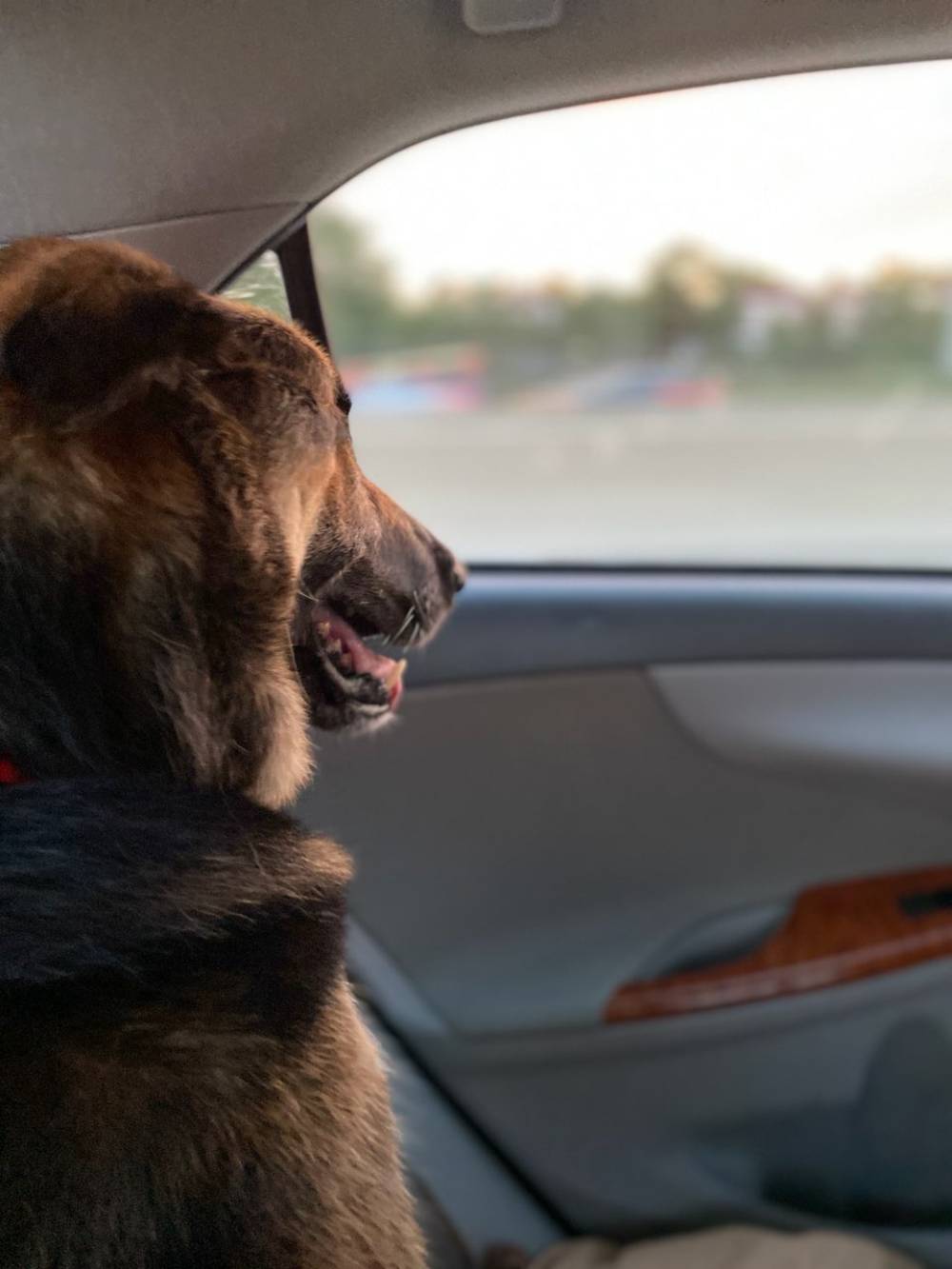 Everyone says how lucky she is that she’s with us, but we are the truly lucky ones! She’s a very special dog. I have two dogs (and three cats, all rescued) and I love them equally, but no dog will ever compare to Callie. That’s how special she is, to anyone who meets her! But her story doesn’t stop there!

In January 2021, I was selling my condo and buying a house. I worked with an amazing realtor that was fearful of Shepherds after having a scary incident with one. I assured her that Callie is the sweetest but said I would put her in another room upon her visit. The first time that happened, she insisted on meeting Callie and was instantly inspired. She was inspired to help dogs just like Callie, in need of good homes. My realtor donates money from every home she sells in 2021 to HAWS (Humane Animal Welfare Society).