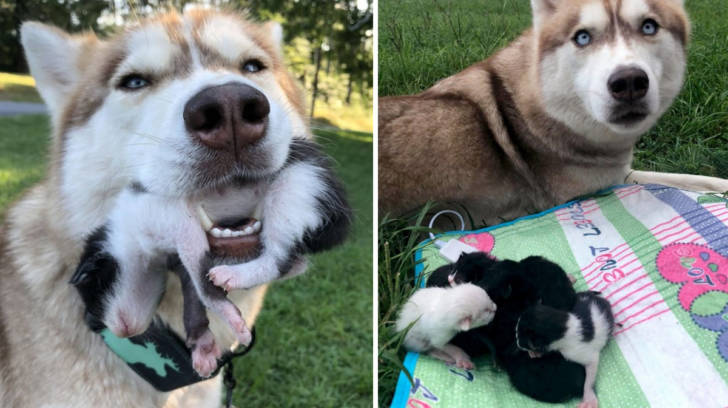 In the small town of Menlo in the USA, Georgia, lives not just a dog, but a real heroine and savior. This husky breed dog is called Banner. She managed to find the kittens hidden in the box and save their lives.

Banner is a companion dog of 30-year-old Whitney, who has a disability and can only move in a wheelchair. This story happened to them on July 3rd. That day they were walking near their house.

As the owner admitted, Banner had been restless since the morning. But during the walk, anxiety increased, and the dog began to frantically signal to the owner, pull her in the direction of the bushes. Banner was so tense that she even pulled the owner by the edge of the dress.

Whitney was alarmed by this behavior and decided to trust the dog. Banner led the owner to the trees and pointed to the box between them. It was hidden so deeply that it was impossible to see by accident. When Whitney picked up the box and opened it. She found very small kittens in it.

Whitney didn’t leave them in the grove, but took them home with her. Banner was worried about the kittens, licking them, hanging around, trying to find a more convenient place for them to move them there. It seemed that these were her own babies.

According to Whitney, as soon as she opened the box, Banner immediately carefully took out one of the kittens.

Whitney says that the box was very tightly closed, which suggests that they wanted to kill the kittens. And they were very lucky, because if they found them later, they probably wouldn’t have survived. 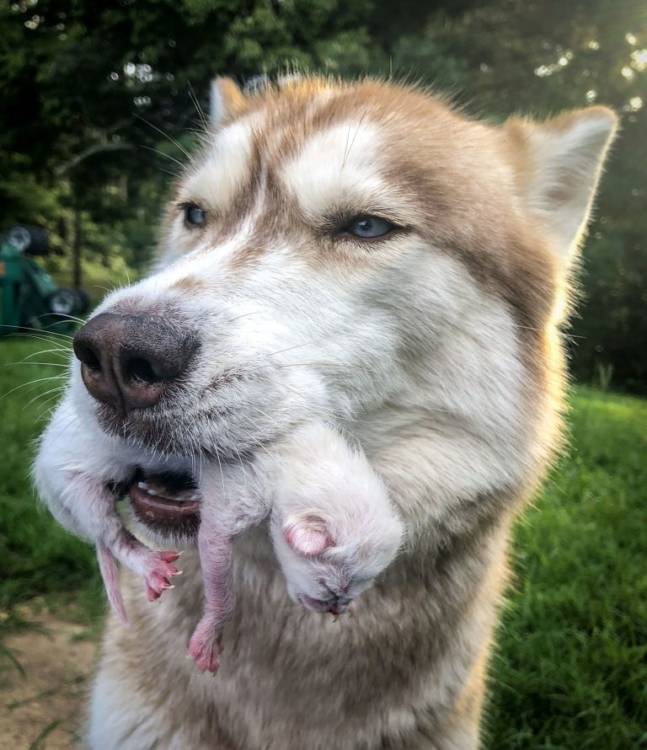 Whitney did not give the kittens to anyone, deciding to put them on their feet herself. She brought a cat who fed them with her milk. But Banner couldn’t leave the kittens and continued to take care of them, even sleeping with them.

Whitney is very happy that she was able to save the kittens thanks to her dog. She still doesn’t believe that there are such cruel people in the world.