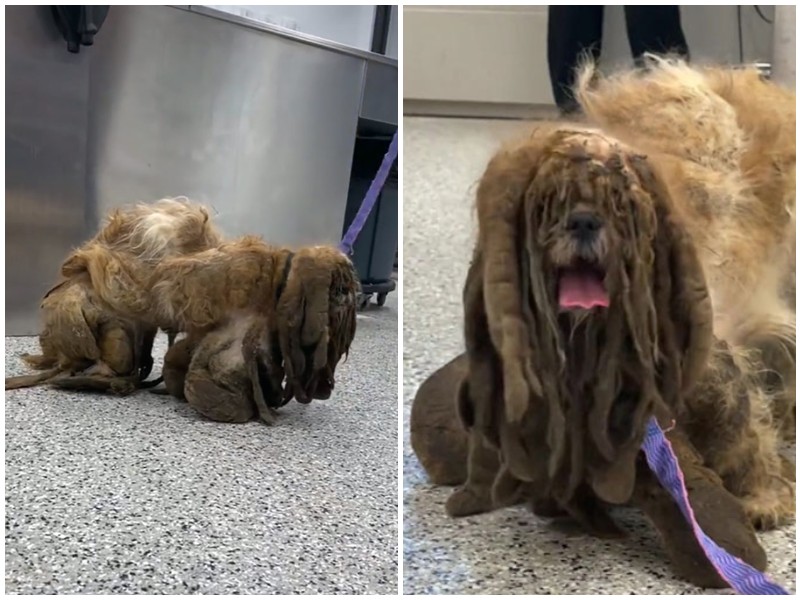 This dog, abandoned by his owners, was found on the streets of American Kansas. He could barely walk on his bent legs because he had huge tangles all over his body. The overgrown hair made it difficult for people to see the purebred Shih Tzu dog. But thanks to kind people, he was incredibly transformed! 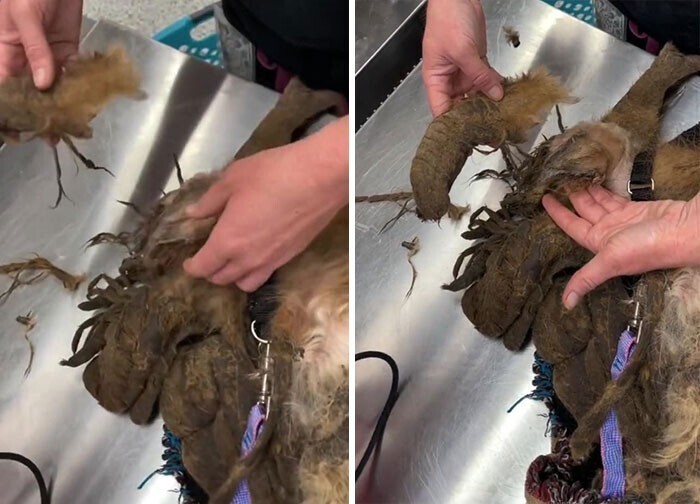 Employees of the organization KC Pet Project in Kansas, USA, rescued this dog, which was abandoned by the owners. Behind the huge tangles on the coat, it was difficult to see the dog, but it turned out to be an 11-year-old Shih Tzu dog named Simon. 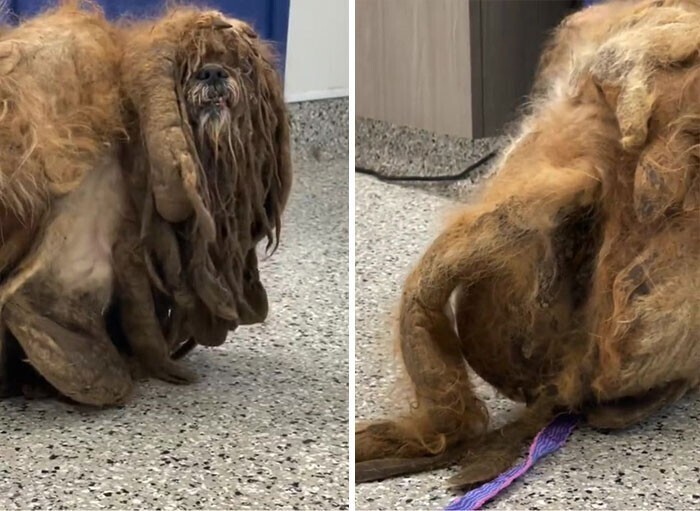 The poor dog could hardly move on his bent legs because of the weight of the tangles. His hair was covered in fleas and so tangled that he had trouble walking. Simon had been neglected by his owners and had not been cared for in years. 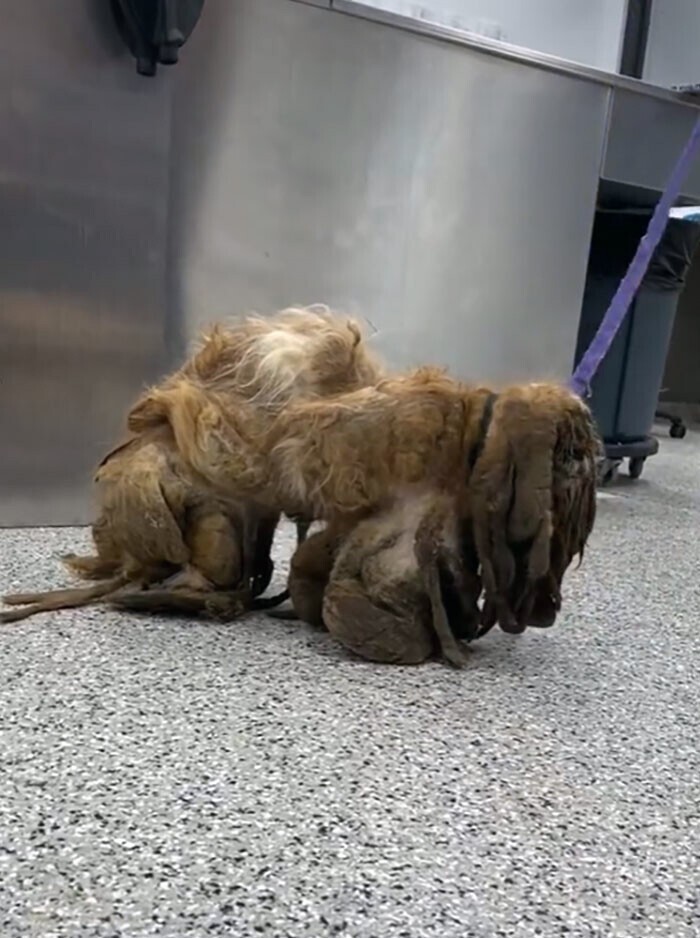 The vet team said it was the worst case of tangles they had ever encountered – but they were willing to help. They spent more than two hours trimming Simon’s tangles, and in the end, they managed to remove more than three pounds of hair. 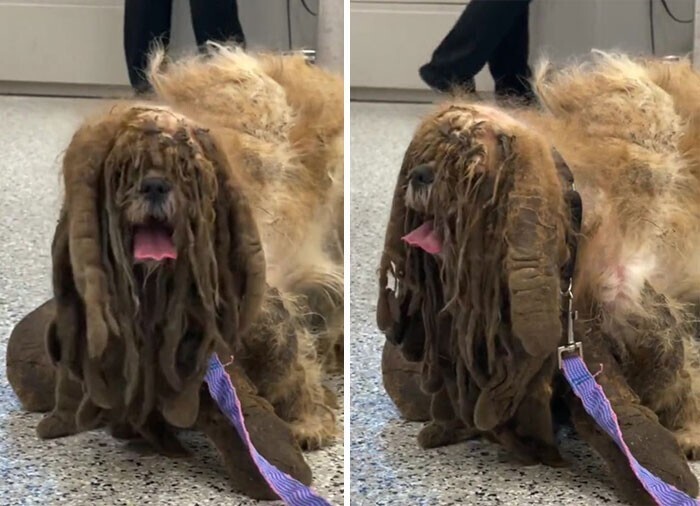 “We can never predict what other difficulties we will face after shearing overgrown dogs, but to our surprise, Simon’s skin was in good condition. He is thin and completely covered with fleas, but now we are actively helping him,” says an employee of the rescue center. 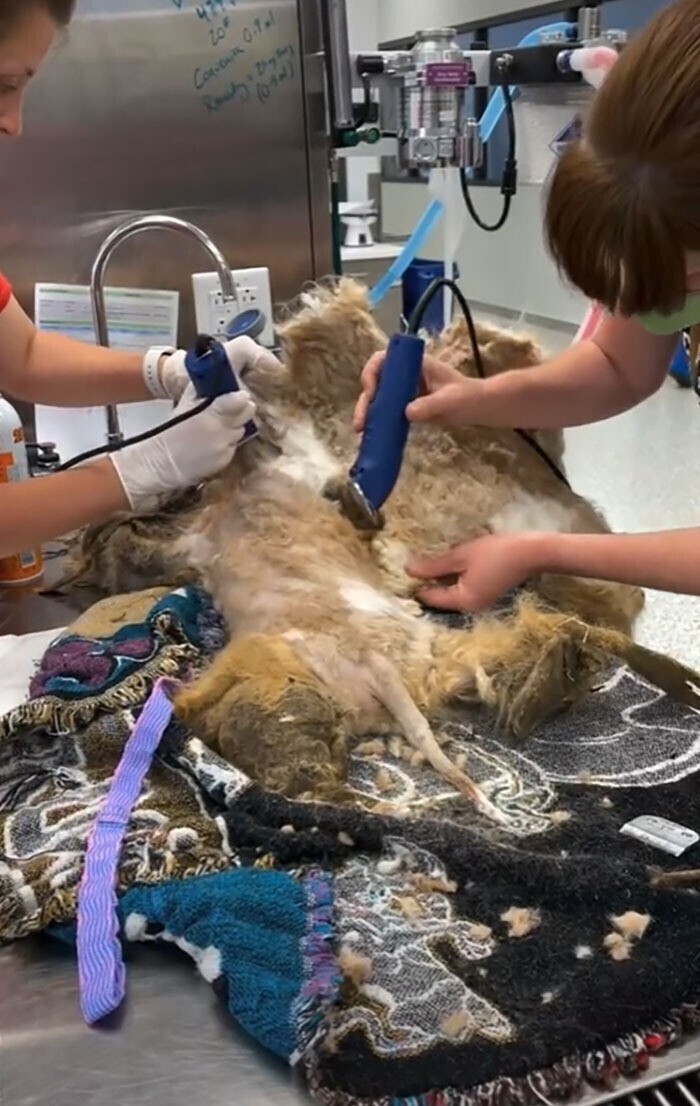 Simon patiently endured all the procedures. The most difficult part was over, and although he was afraid of everything around him, after the haircut he instantly refreshed. After the procedure, he was bathed for the first time in many years. 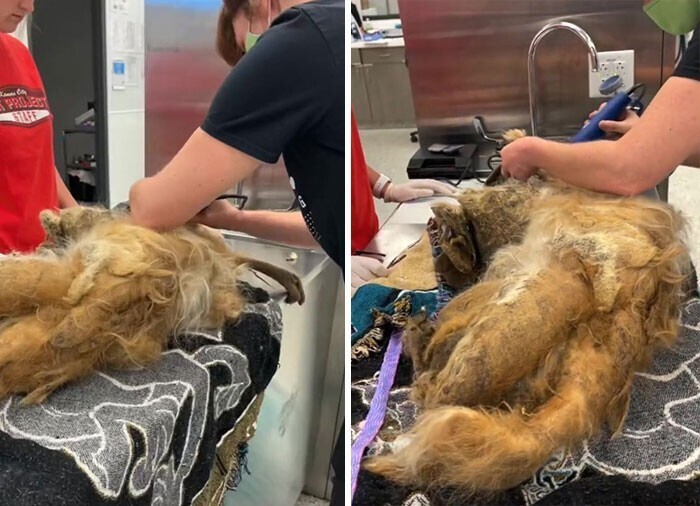 Right now the staff is caring sensitively for Simon – he is undergoing the necessary rehabilitation and will soon be even more beautiful and happy. After he recovers, they will start looking for a family for him. Be happy, Simon! 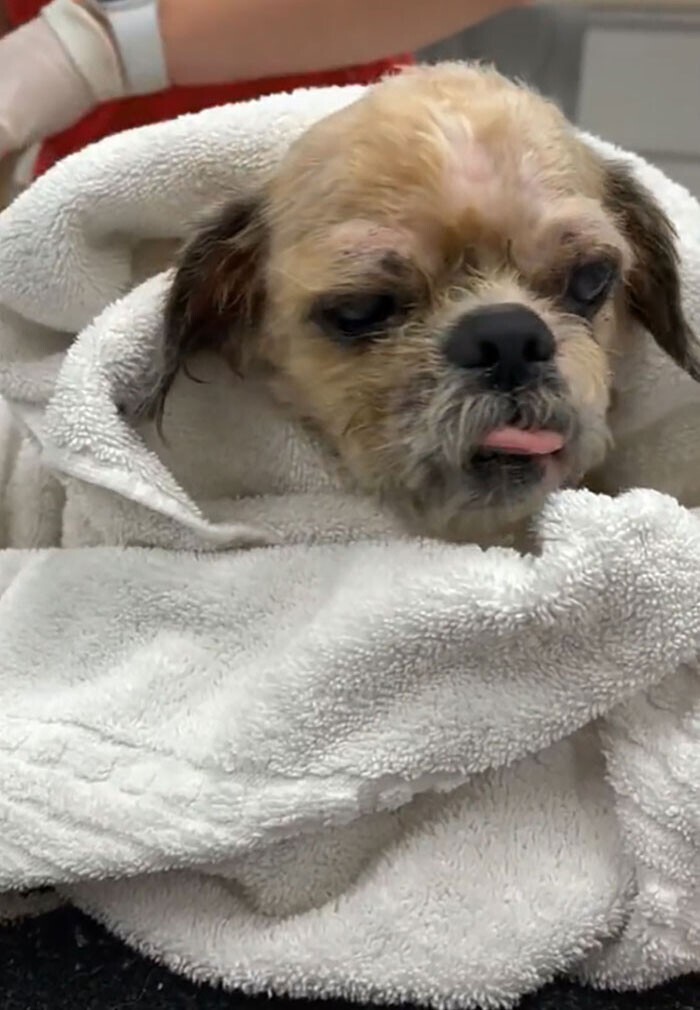 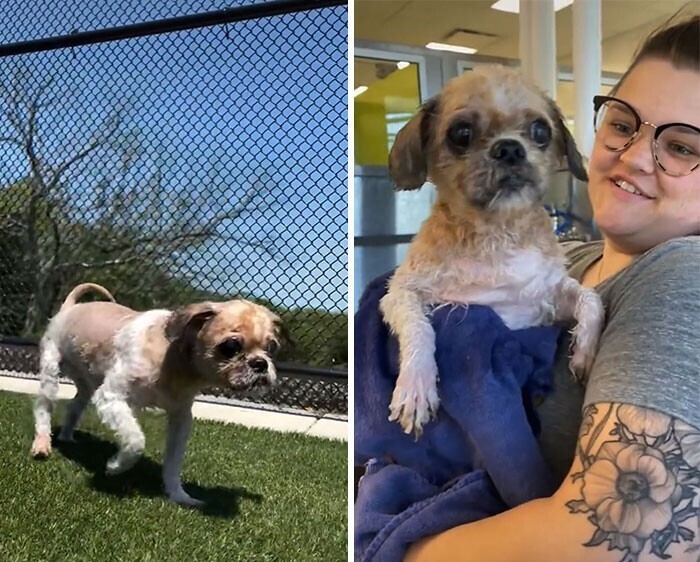