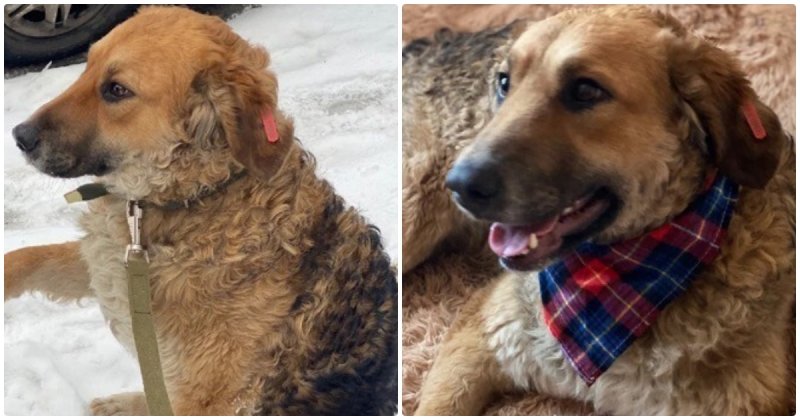 The dog lived in the trash, it immediately happily stretched out its paw to people when they approached the trash.

A caring girl noticed a large curly-haired dog that lived in the trash. 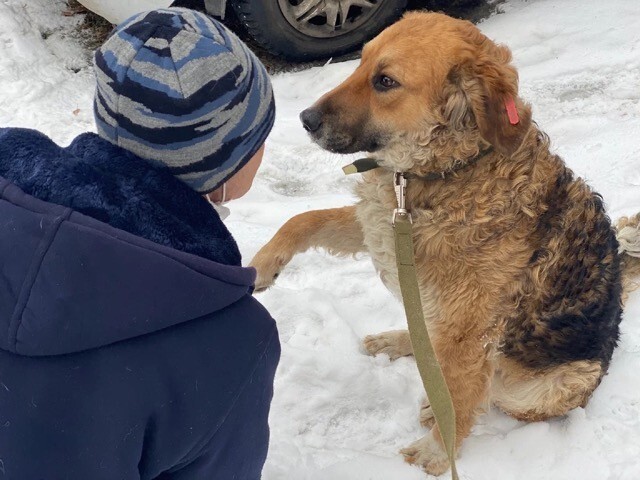 She didn’t want to eat as much as she wanted to play. When meeting people, the dog was ready to play for hours. The girl named the stray dog Bertha. 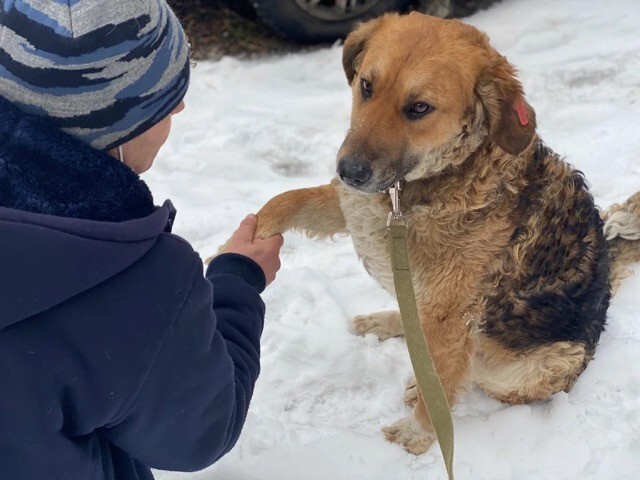 Bertha accompanied the girl to the entrance every time, but there was no place for the dog anywhere: all the shelters were overcrowded. As a result, the volunteer constantly fed the fluffy beauty. One day the dog was waiting for the woman at the house again, but the dog looked sad: the wool was tangled, the snow tangles hung to the ground, the poor animal was barking plaintively. 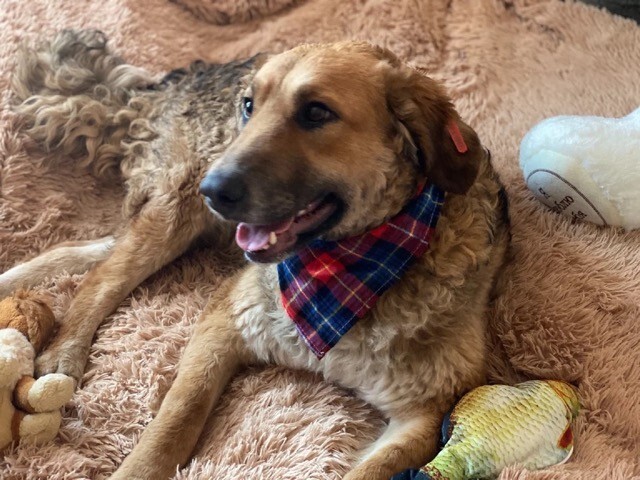 At that moment, the girl’s heart sank, and she realized that she could not leave the doggie on the street for another minute. She took the dog to her house. 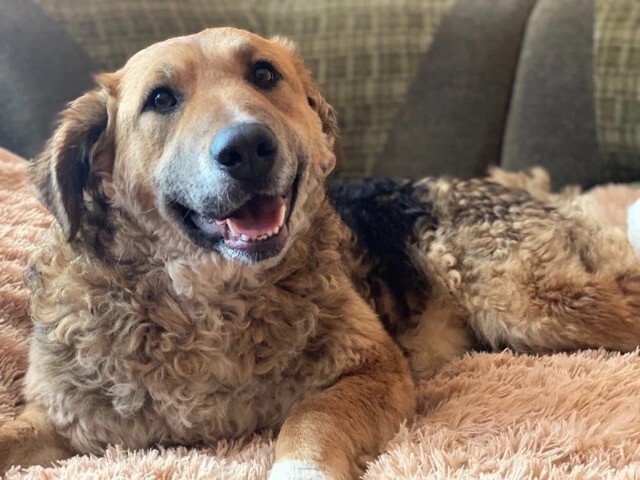 The girl’s mother was already waiting for Bertha on the threshold. Bertha gave a paw and wagged her tail happily. She was wiped dry, and the dog squinted happily at every touch. 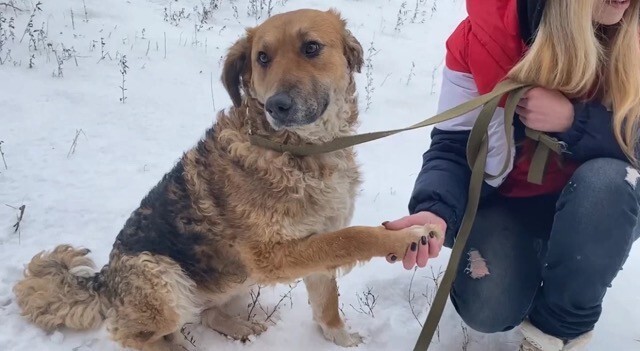 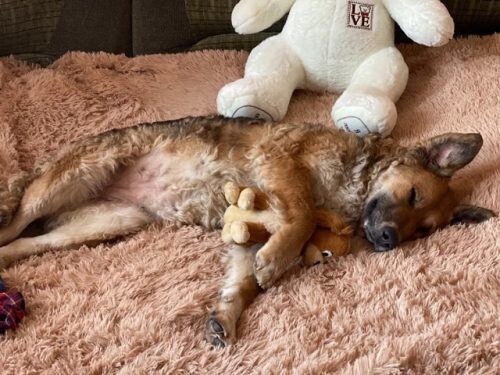 Now she has her own rug and a bowl in the apartment of a caring girl and her mother.