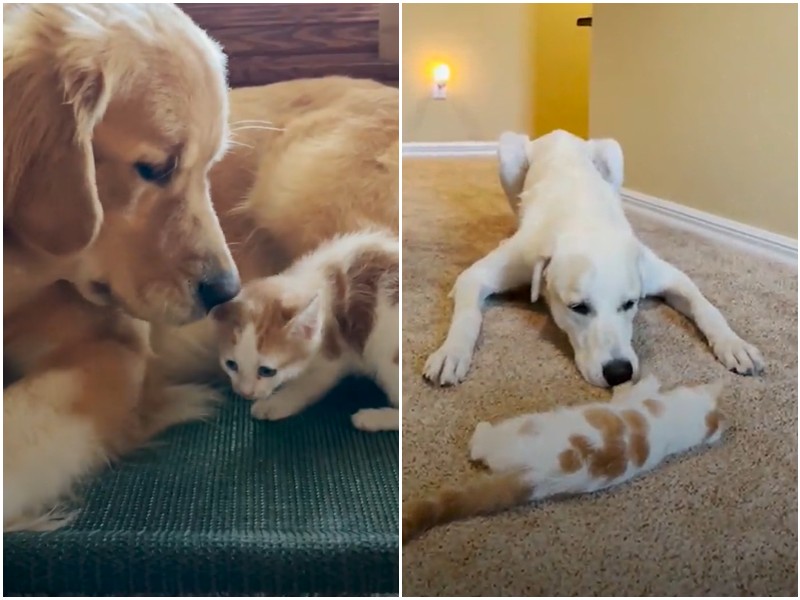 The owners rescued a kitten from the street and were worried about how their dogs would react to a new guest. But as soon as they introduced the three animals, all their doubts were dispelled. Look at this sweetness!

A couple from the USA picked up a lonely stray kitten on the street and decided to help the baby. The skinny and weak baby was covered with fleas, and the couple took it to the vet to find out how to treat it. The doctor prescribed medications for the cat, and the couple went home with a new ward. 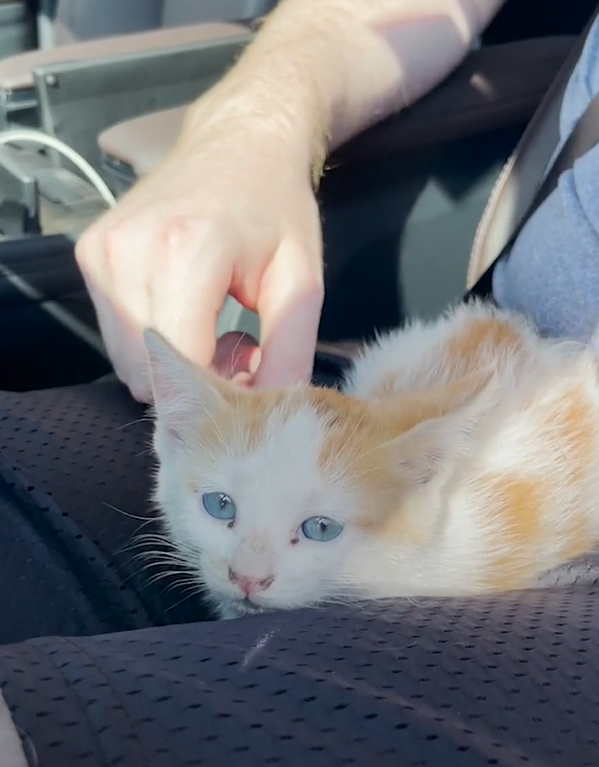 The couple has two dogs at home, so at first, they kept the cat in a separate room but later decided to introduce the pets. To the surprise of the owners, the dogs reacted quite calmly to the kitty. They looked at it with interest from afar and sniffed it a little. 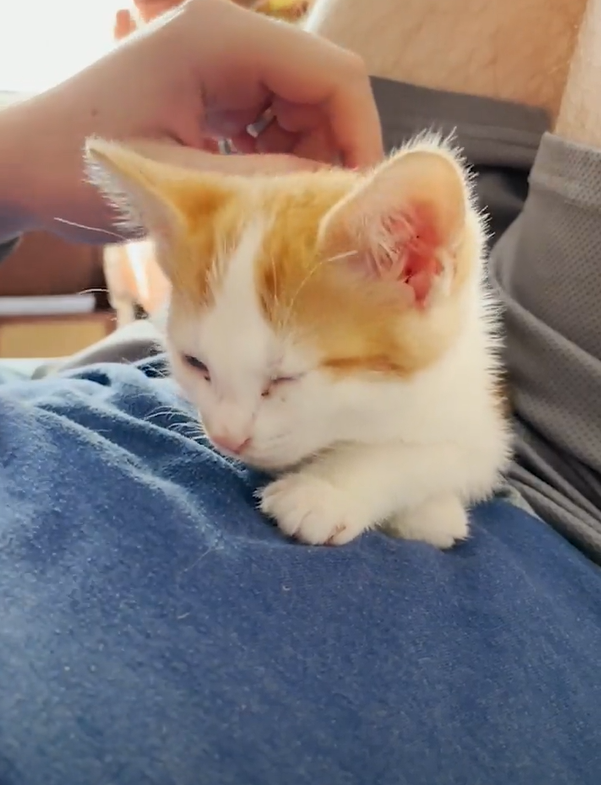 While the kitty, who received the nickname Penny, was on the mend, she became friends with the dogs. They started playing together, sleeping, and eating side by side. The dogs seemed to think that Penny was their little sister, and treated her with friendliness and care. 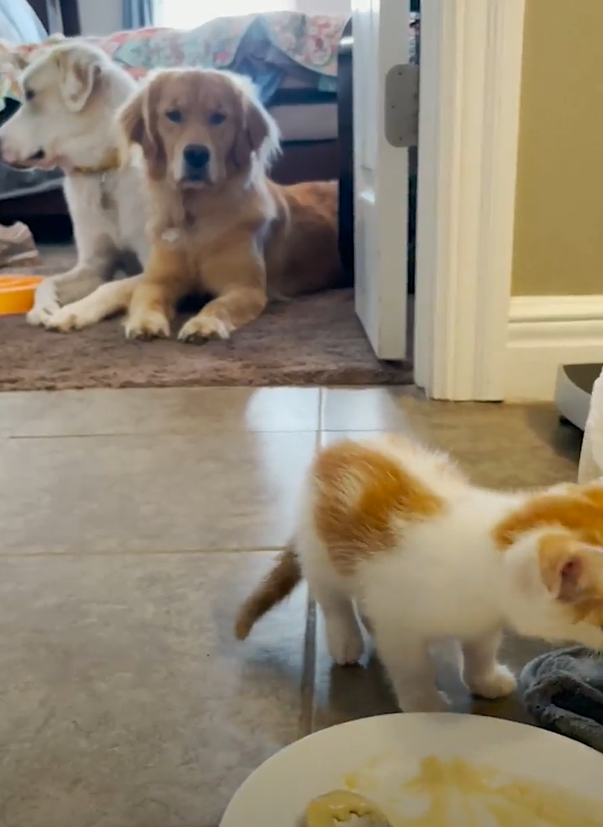 One day the couple decided to go on a car trip with their pets, and the fuzzies endured it perfectly. On the way back, all three of them were sleeping sweetly side by side in the unfolded trunk! 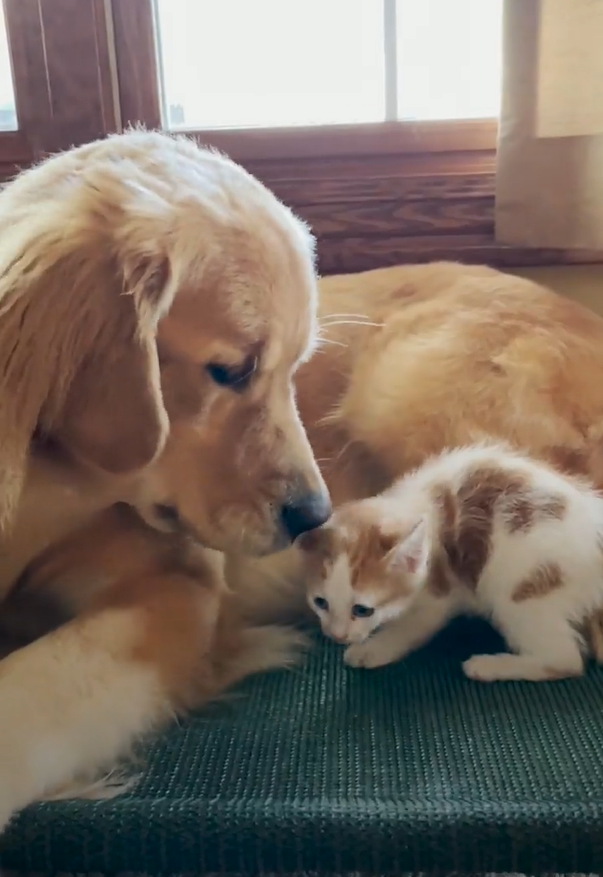 Seeing how the dogs became friends with Penny, the couple decided to keep the kitty forever. Now she is a happy creature surrounded by love and care. The kitty has caring brothers who will always protect her, and loving owners – and what else is needed for happiness? 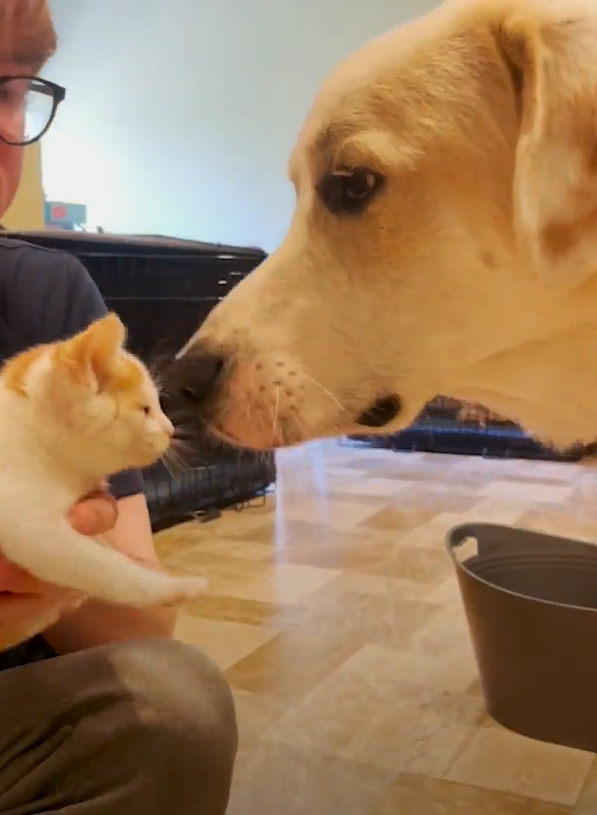 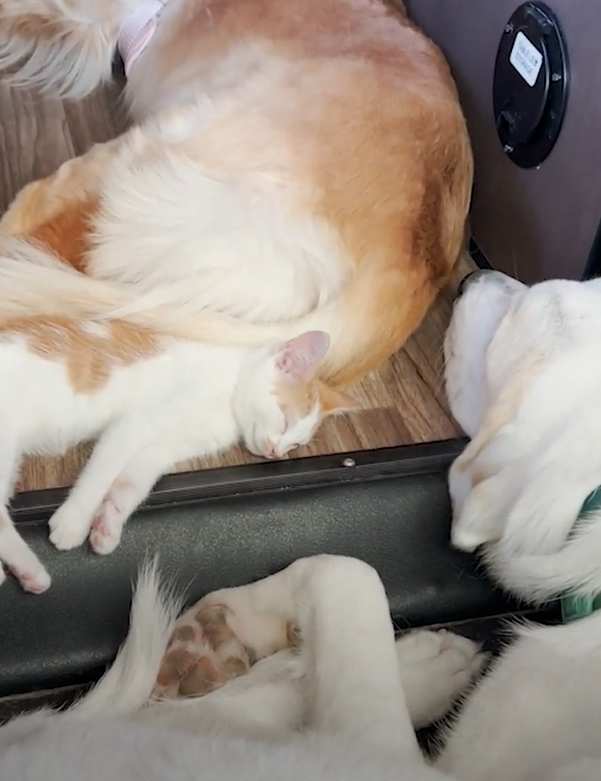 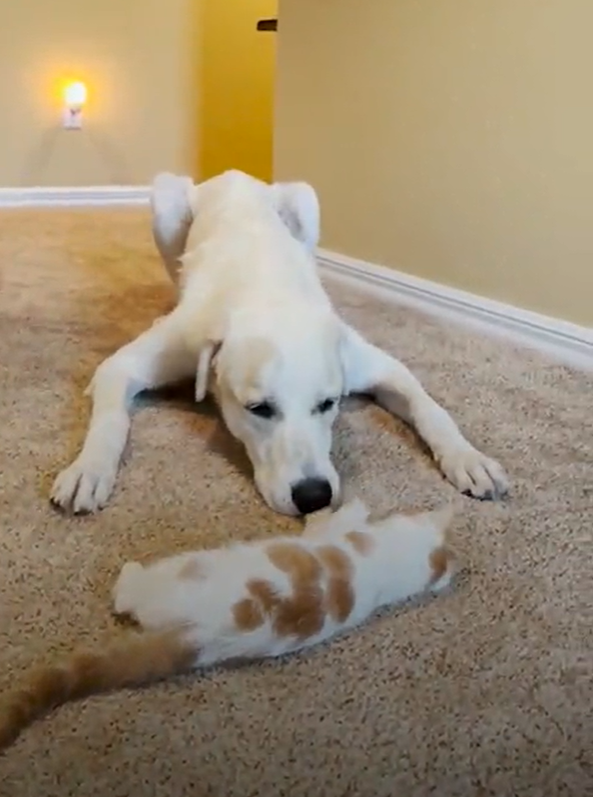