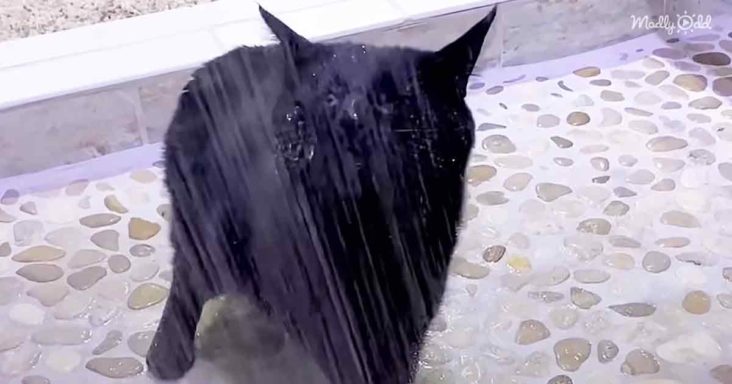 Melissa lived with her cat with special needs Blinkin and a dog. Blinkin was visually impaired. However, he was very unique. A beautiful black cat loved to shower at least once a day. 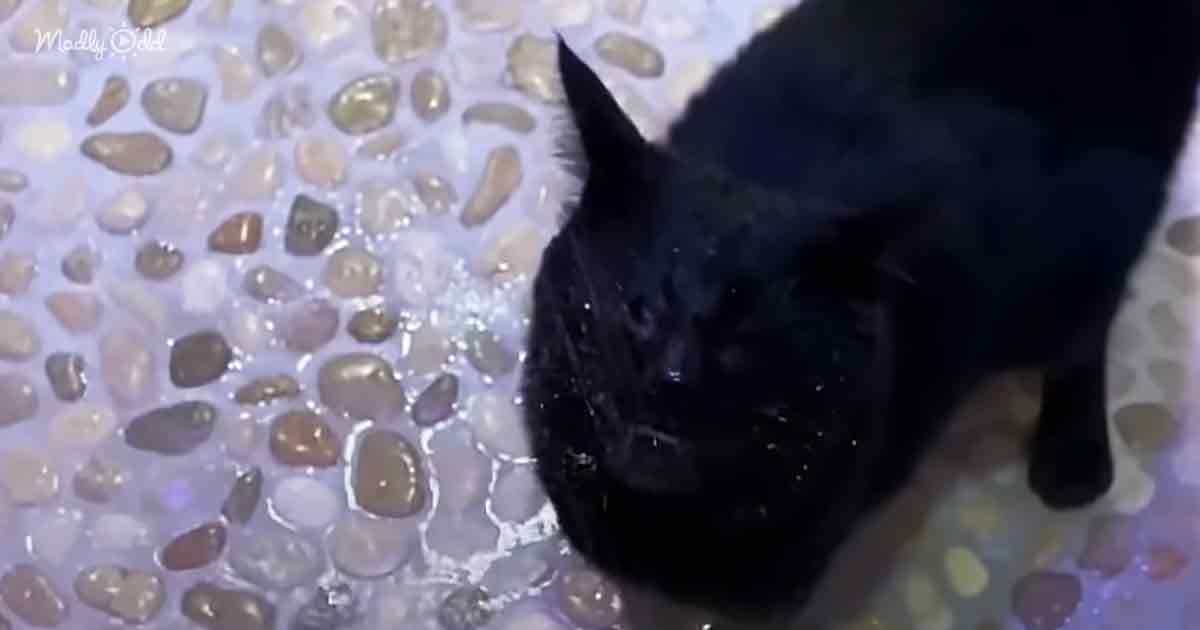 Melissa didn’t understand why the cat loved showering so much. He was simply obsessed with the desire to take a bath. The cat’s mother believed that Blinkin was attracted to the sound of water because he couldn’t see.

Blinkin just walked up to the shower and called his owner without stopping. As soon as Melissa turned on the shower, the cat first checked the temperature of the water with his paws and then enjoyed drinking the water and playing under it. 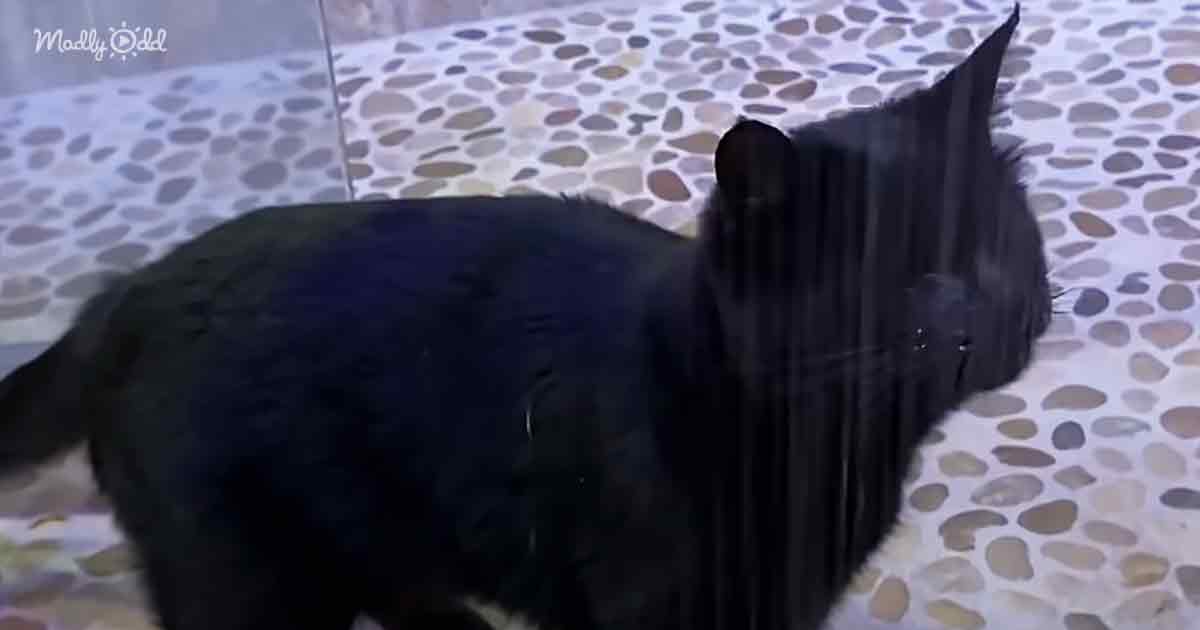 The blind cat who took a shower looked so adorable. However, Melissa came up with a brilliant idea to help a cat with special needs dry off. She purchased a guide kitten for Blinkin named Wicket.

Wicket would wait outside the shower area until his sibling walked out. After that, he would follow Blinkin around, and then they would do a whole grooming routine on each other. 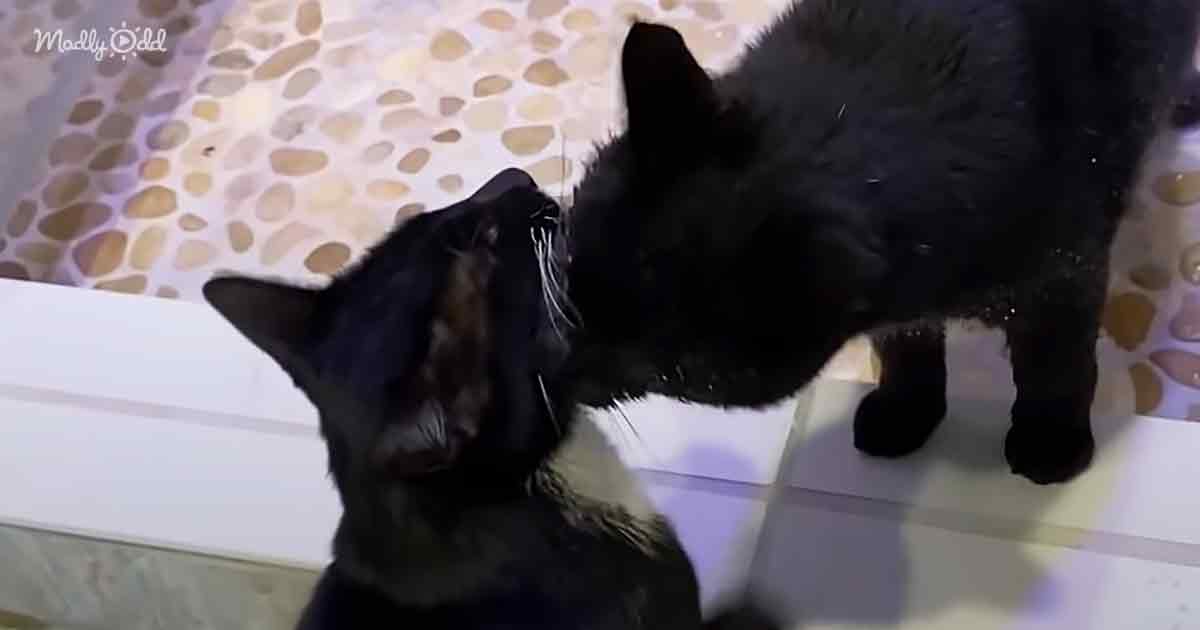 The two animals love each other. Wicket loved to clean up all the dirty spots that the cat could not get to. After that, the kitten chased Blinkin all over the house.

The younger brother Wicket was an excellent sibling, as he was always around taking care of his brother, Blinkin. Melissa was glad that she adopted a friend for her special needs cat as they seem to really need each other.

If you liked this, share it with a friend.