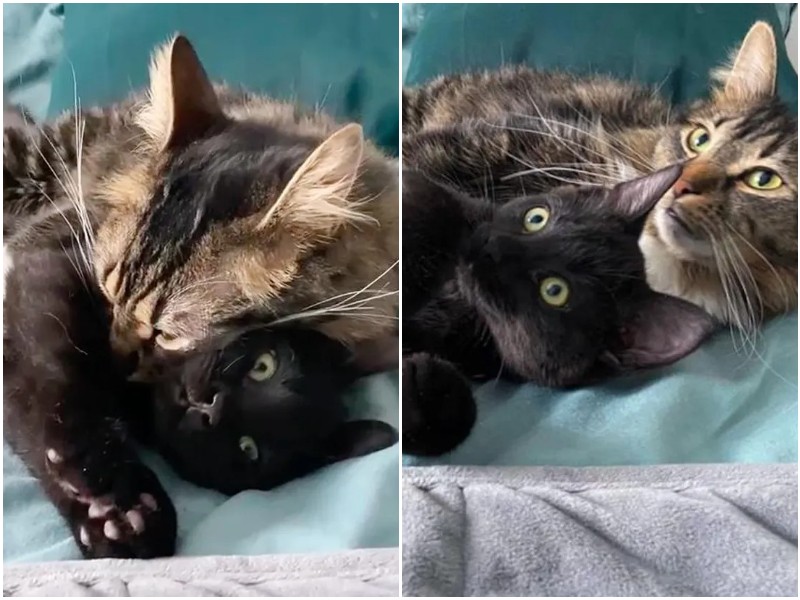 An adult cat could not contain his paternal instincts when he saw a small kitten. These two have a similar fate because they were picked up from the street. They both felt it, and have been inseparable since that day… 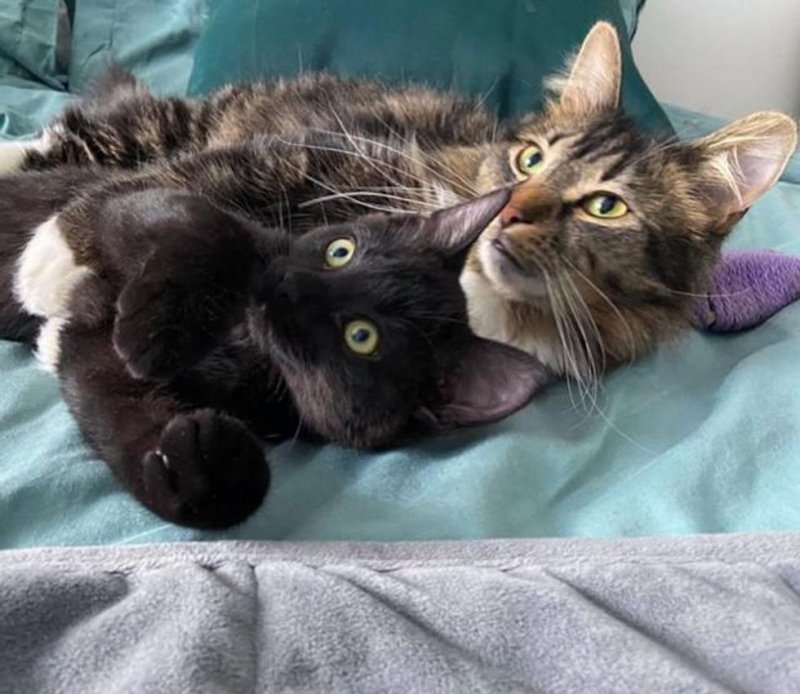 A family from the Canadian city of Montreal noticed a small kitten near their house, which clearly needed help. There was no mother or other kittens near him, and the baby was desperately looking for food. People did not leave him to the mercy of fate and decided to help. 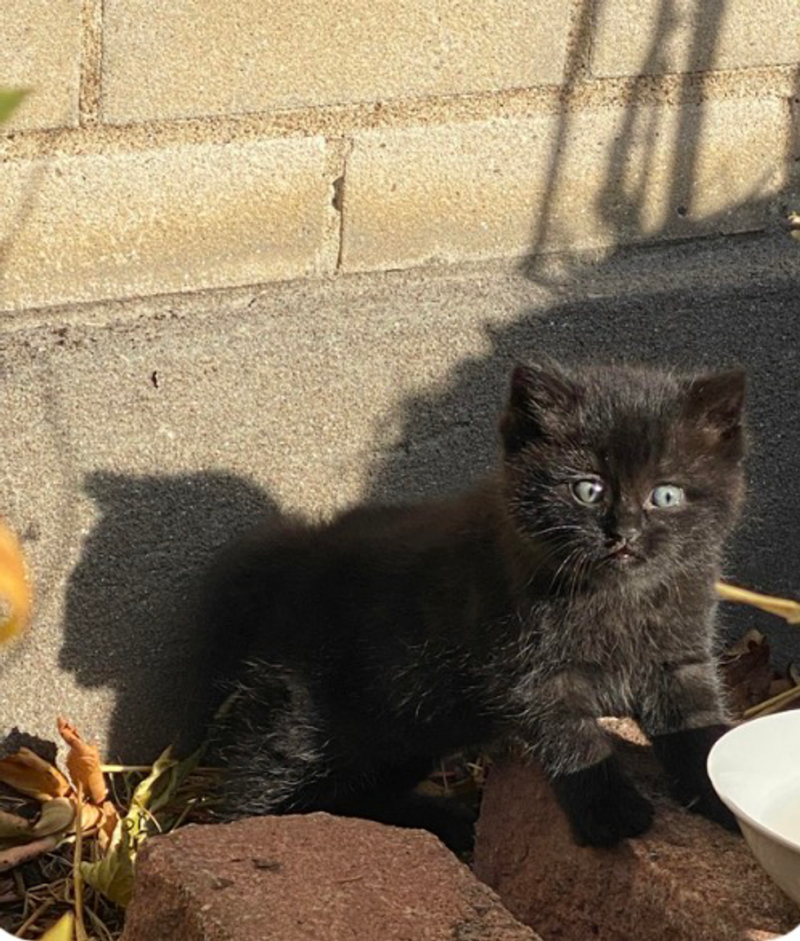 They contacted rescuers from the Chatons Orphelins Montréal center and brought the kitten there. Seeing the kitten, the volunteers immediately sent him to the place of temporary care, because the baby was weak, thin and very hungry. 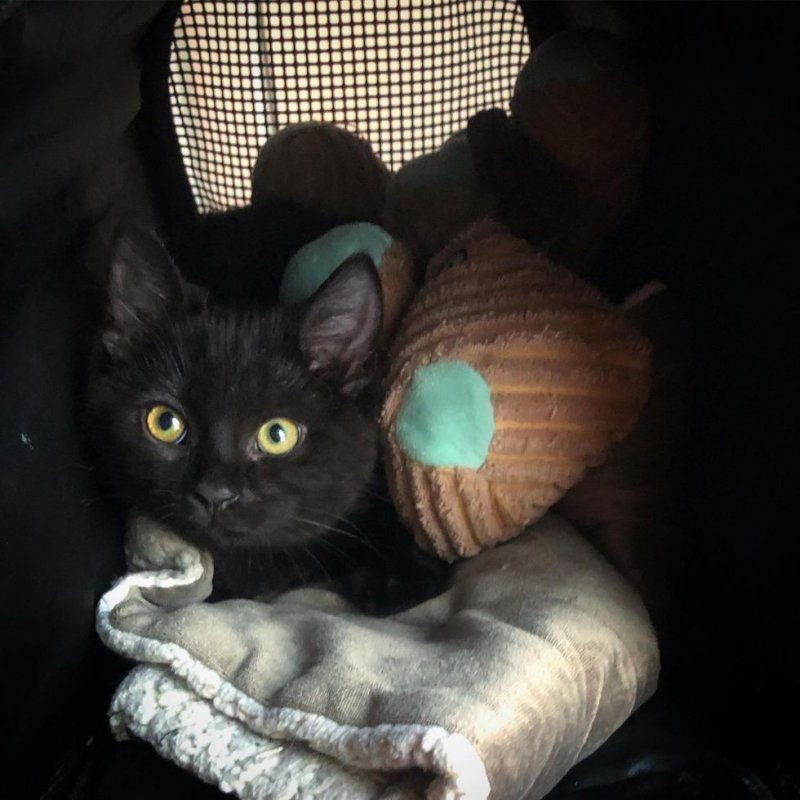 At first, the kid, who received the nickname Luxx, was extremely shy. He was afraid of the new environment but quickly trusted the guardian. After a couple of days, he already began to gain weight, and also loudly announce that he wants food or affection. 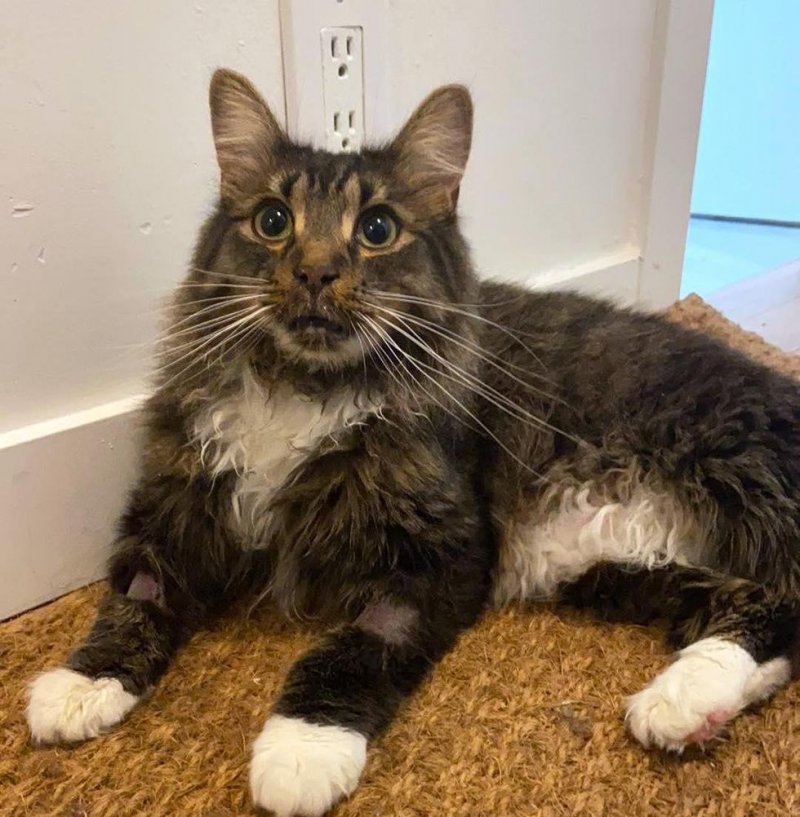 After that, the kitten was introduced to other cats at the temporary care site, and one of them immediately noticed him. An elderly cat named Oscar was also rescued from the street in a terrible state, but thanks to his guardian, he learned what a person’s love is .. Seeing the baby, Oscar immediately decided to give him his warmth. 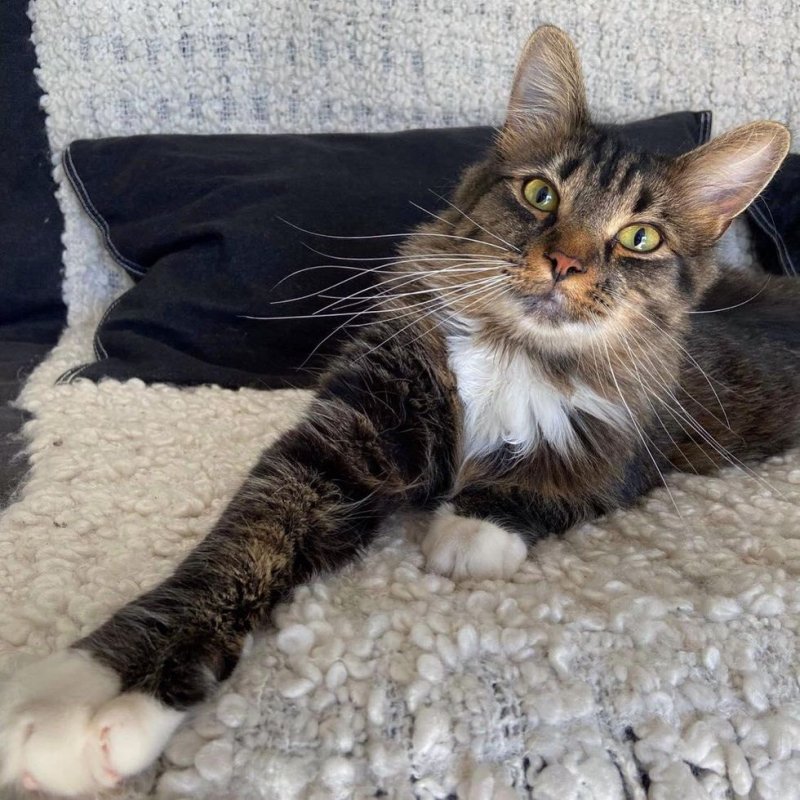 The adult Oscar took the baby Luxx under his care, and was constantly with him. They acted like they’d always been friends and did everything together. Oscar even licked the baby and often hugged him. 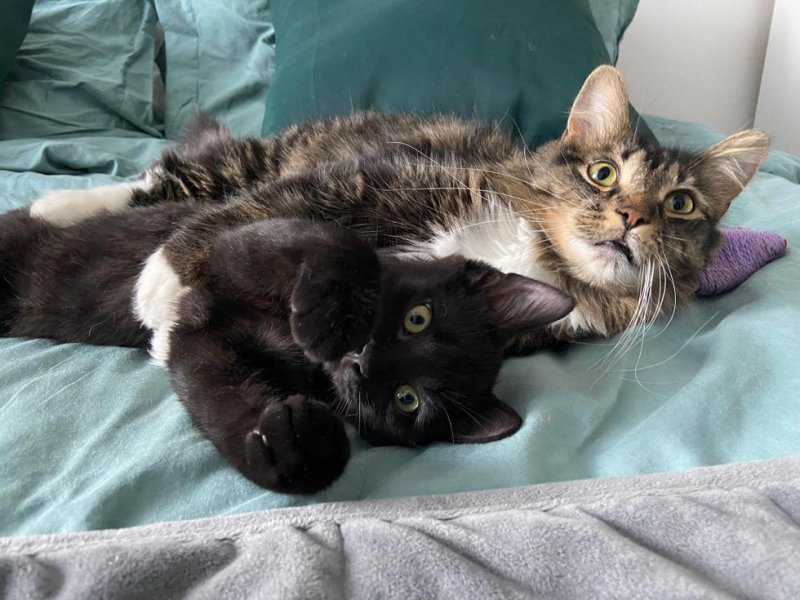 Now Oscar continues to teach the baby all the important things, and these two are almost inseparable! When Luxx grows up, permanent owners will be found for him and his adult friend. 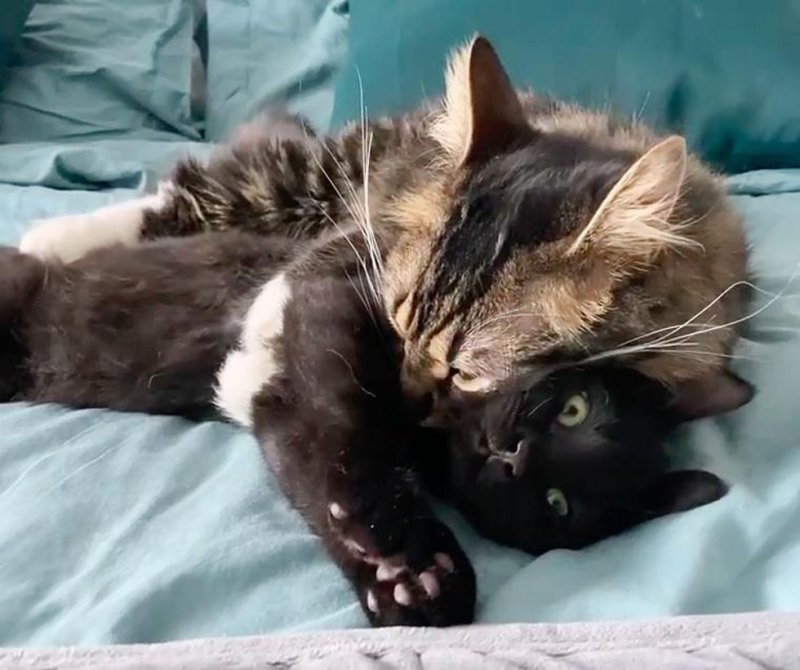 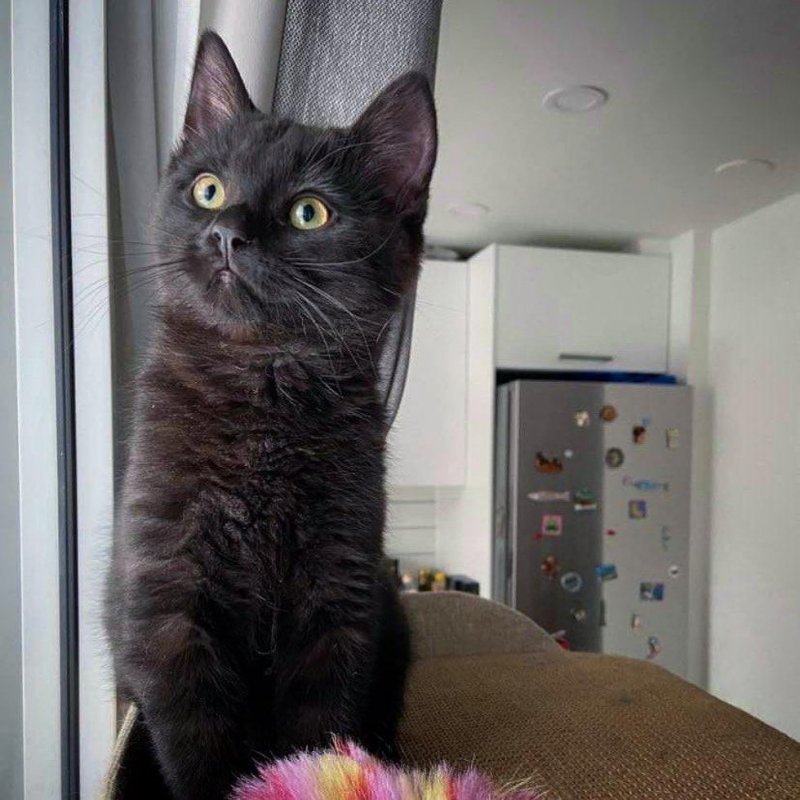 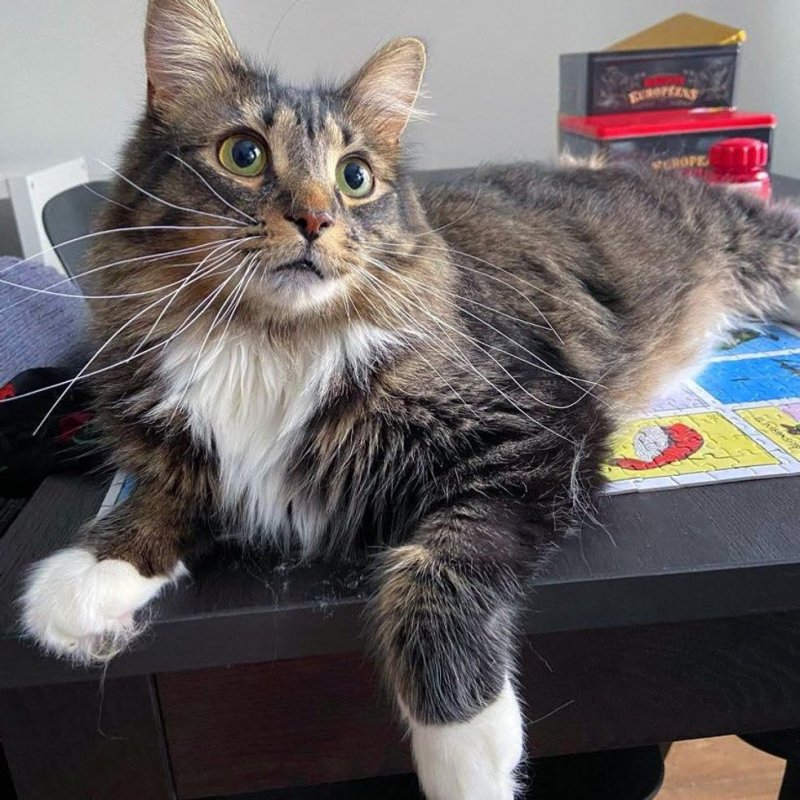