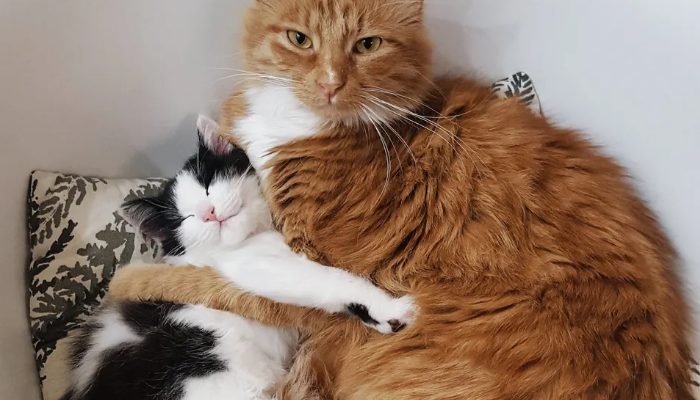 Milla was walking through the woods when she heard the mewing of a small cat and decided to follow the sound until she found the animal. 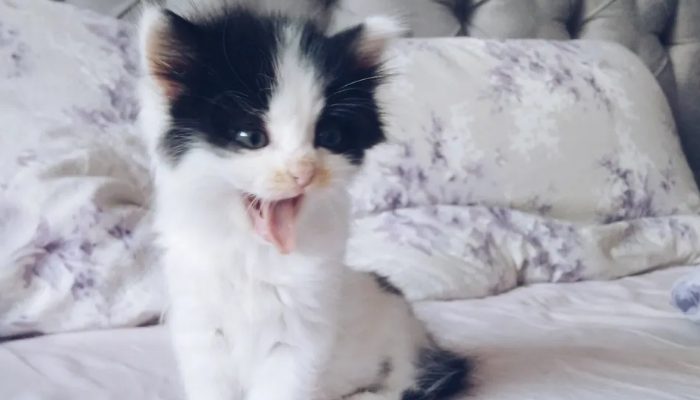 ‘When I saw it, I saw that it was a little feline that was alone in the shrubberies, requesting help,’ the lady says.

She chose to bring her back home and give her the attention and consideration she deserved. 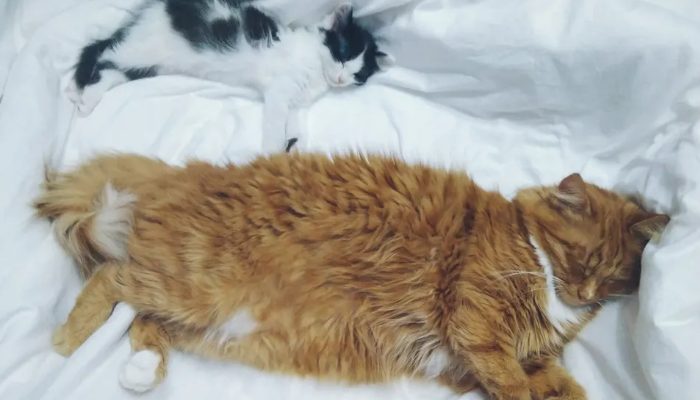 Milla began feeding her in a special way and teaching her how to use the litter box.

The little cat cried every time the lady left the room, so she couldn’t leave her for a long time. Aside from the new pet, Milla has two other felines who were also rescued. 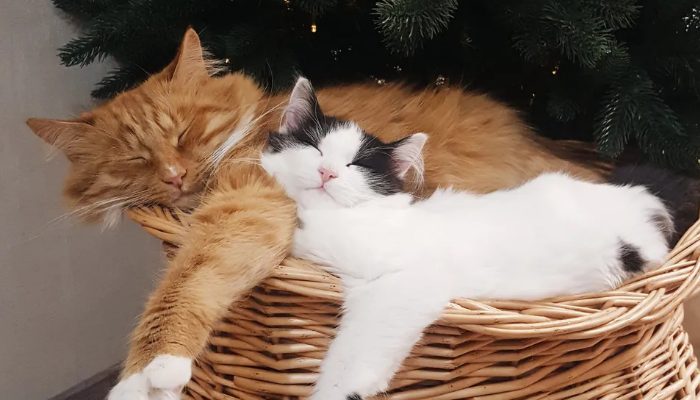 During the first few days of the cat’s appearance, the lady chose to wait until he was a little more established before introducing them to the new kitty. Little kitty was shy at first, but after an hour, she felt confident, and it appeared that the cats would be long-term companions.

Milla and her family thought of finding a new home for the kitty, but seeing the strong bond between the three felines, they chose to keep her.