Residents of the house accidentally noticed a mother cat with four kittens in the basement. A desperate mother hid her babies there, afraid to show herself to people.

Residents of the US state of Indiana reported this cat family to rescuers. The mother cat and four kittens were found in the basement under the house — avoiding people, the cat found a secluded place and hid her babies there. Rescuers from the ARPO shelter quickly responded and volunteered to help. 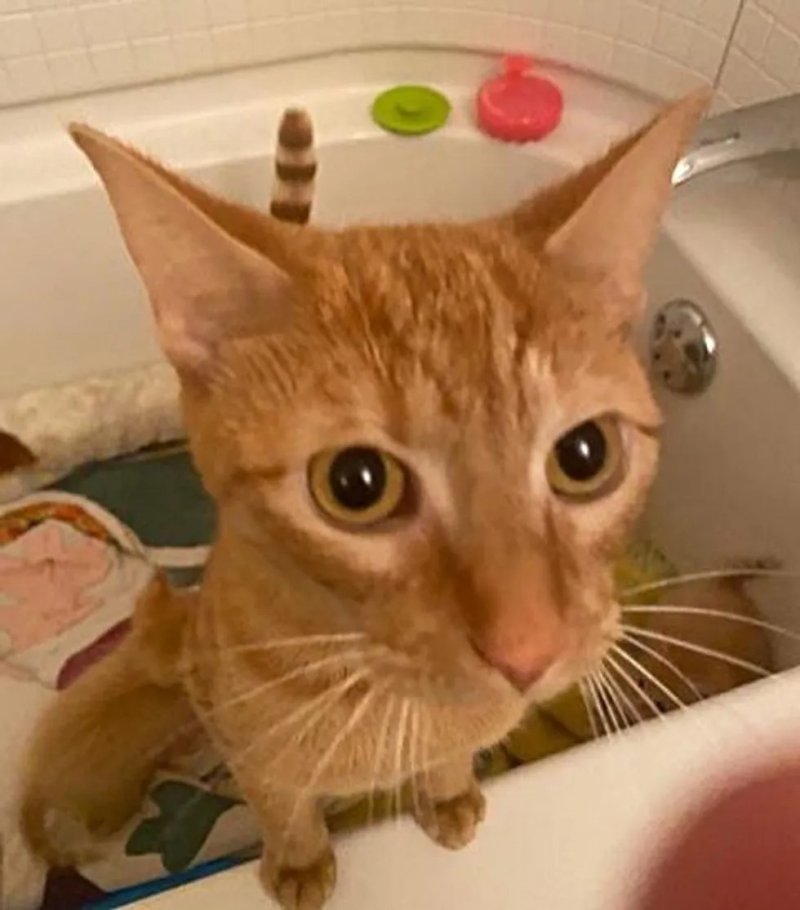 The cat was thin and very hungry, but despite this, she gave all her love to the kittens. All the kids were in excellent health, which once again confirmed how sensitively their mother takes care of them. Soon the cat family was brought to the place of temporary care. 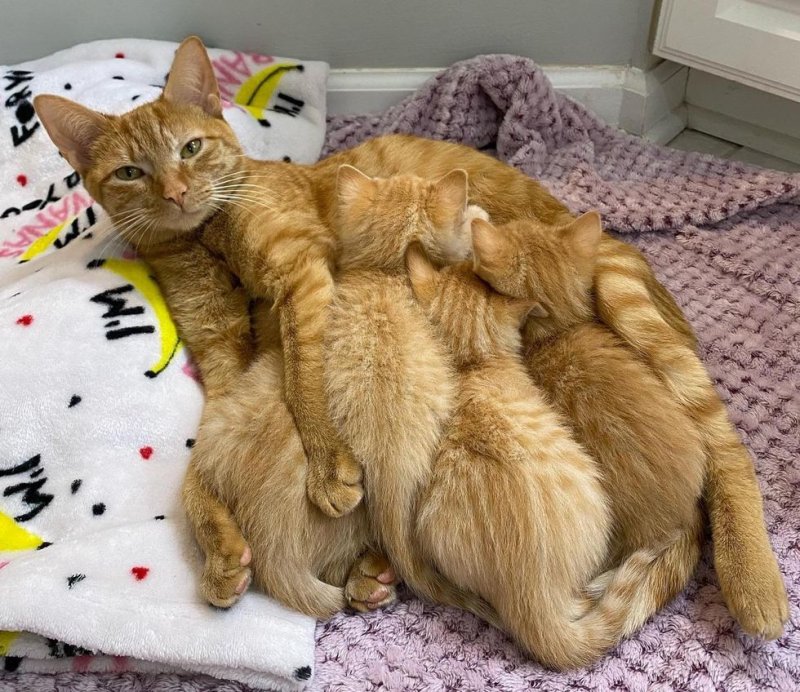 At first, the mother cat was wary of the new environment, but realizing that it was safe in the new house, she relaxed and began to calmly care for her offspring. Mommy enjoyed the fact that she no longer had to be afraid of anything, kind people were nearby, and her kittens were safe. 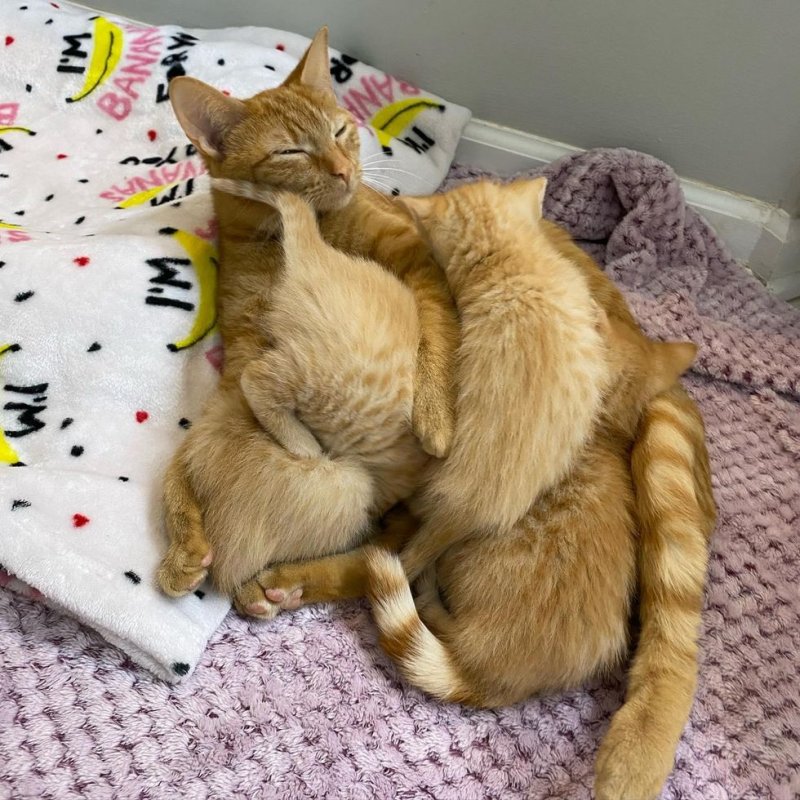 Mommy got the nickname Goldie — she did not leave her kids, constantly looked after them, and in the meantime, they grew up strong and active. The kittens grew up, became more and more curious, learned to walk, and explored more. Goldie still continued to look after them sensitively, but at the same time she had more time «for herself.» 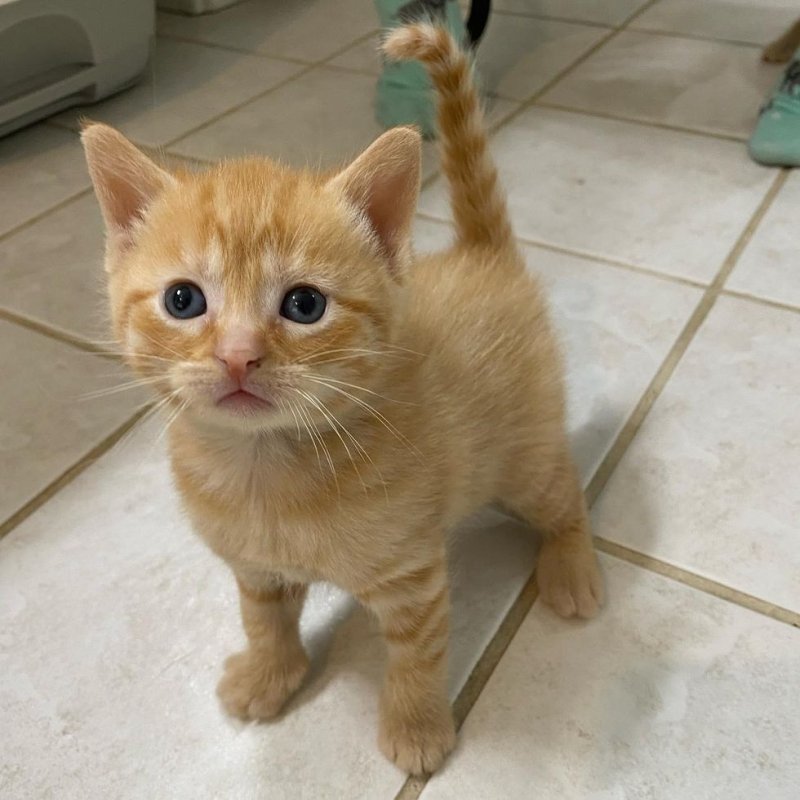 Now the kittens are already five weeks old — they are active, affectionate, and healthy, and despite their age, they still feel like babies next to their mother, asking for her affection. Goldie gladly gives them all her love. When the kittens are old enough, permanent owners will be found for them and their mother. 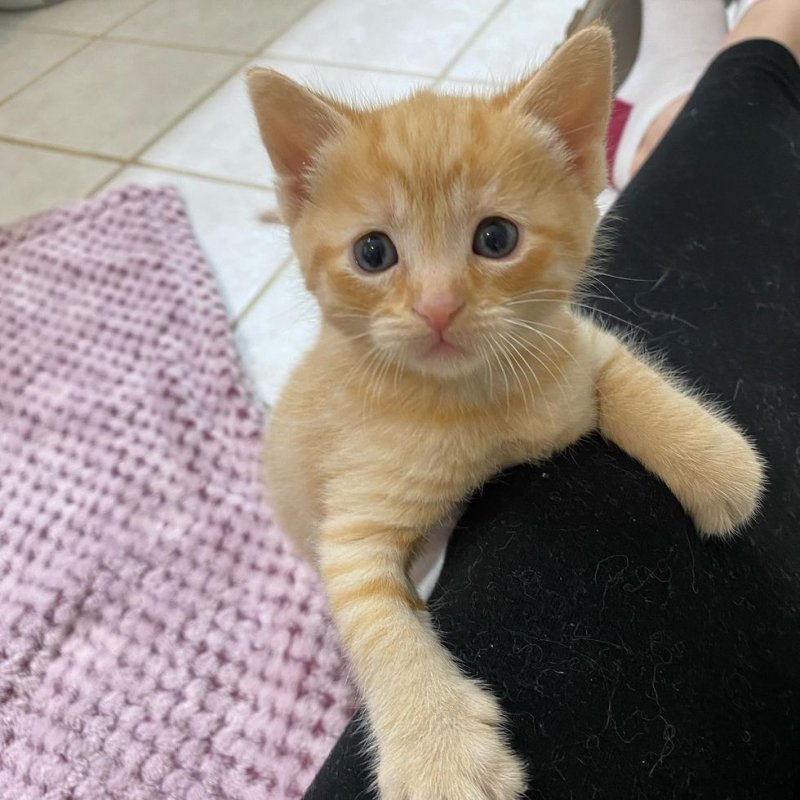 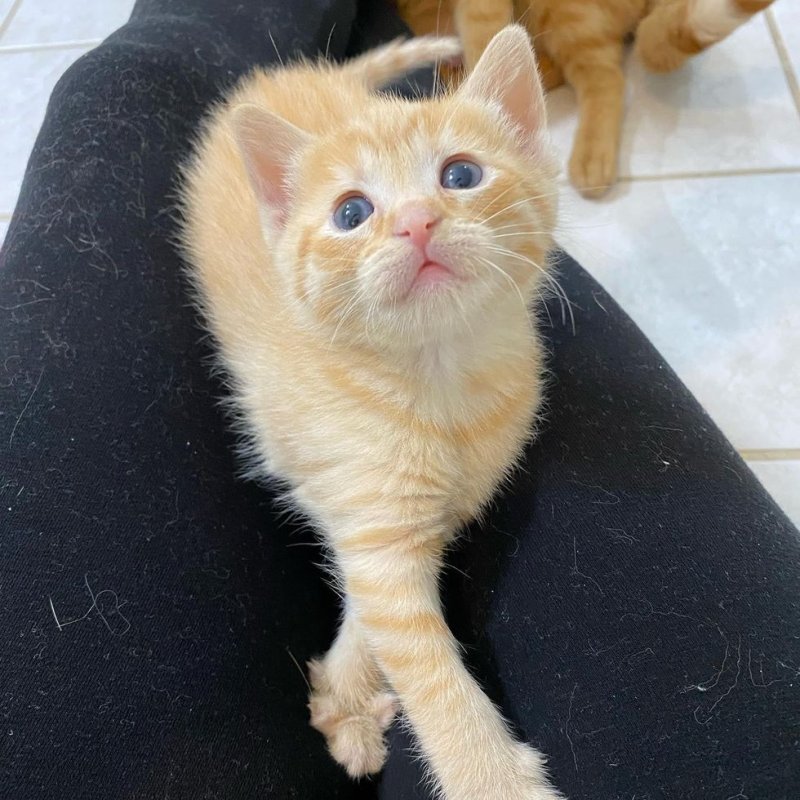 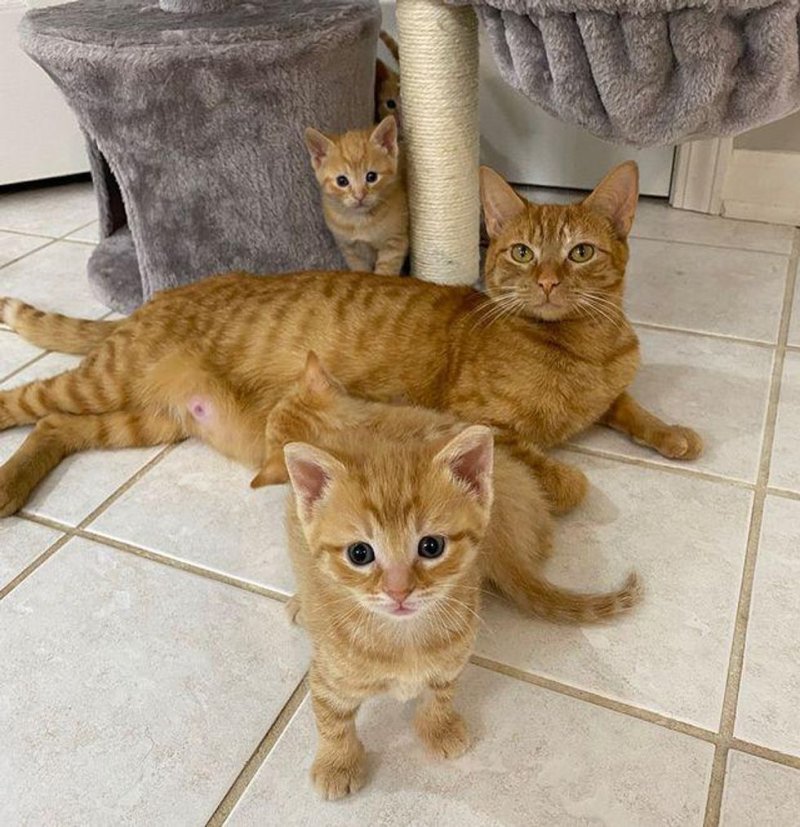 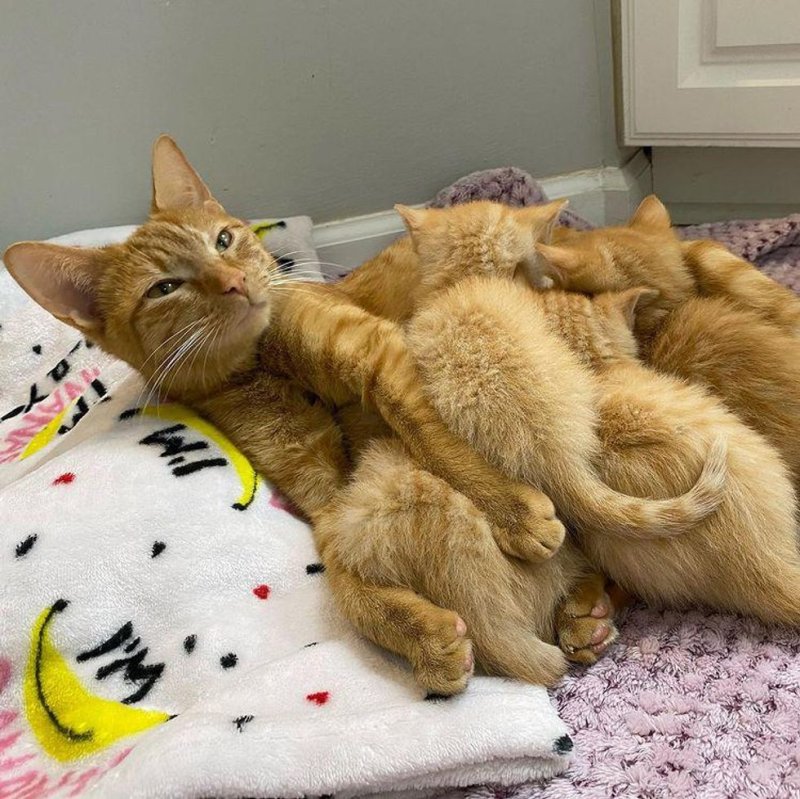