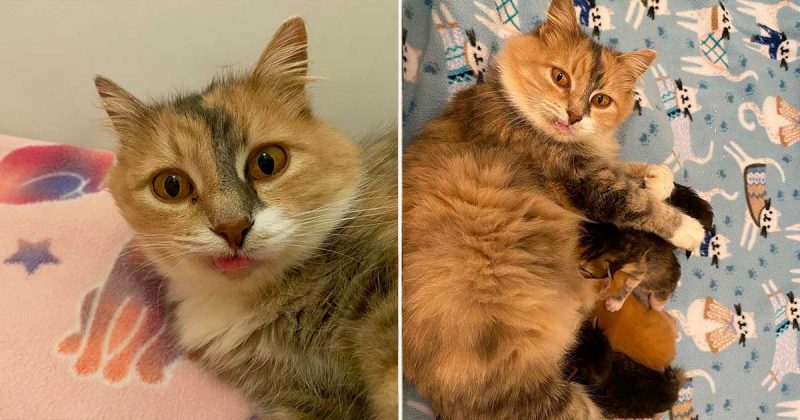 A charming and sweet cat with a sweet smile on her face is very happy that she was rescued and that her children are not forced to live on the street.

Salem Friends of Cats, an animal rescue organization based in Oregon, USA, recently adopted a family of cats who were in desperate need of help. The cat, along with her four kittens, was found on the street, the babies were a few days old because they had not open their eyes yet.

Kayla, a rescue volunteer, heard about the plight of a small family of rescued cats and decided to take care of them. Upon meeting the  mother cat named Priscilla, she discovered that she had a rather peculiar physical characteristic, as her face was adorned with a charming smile. 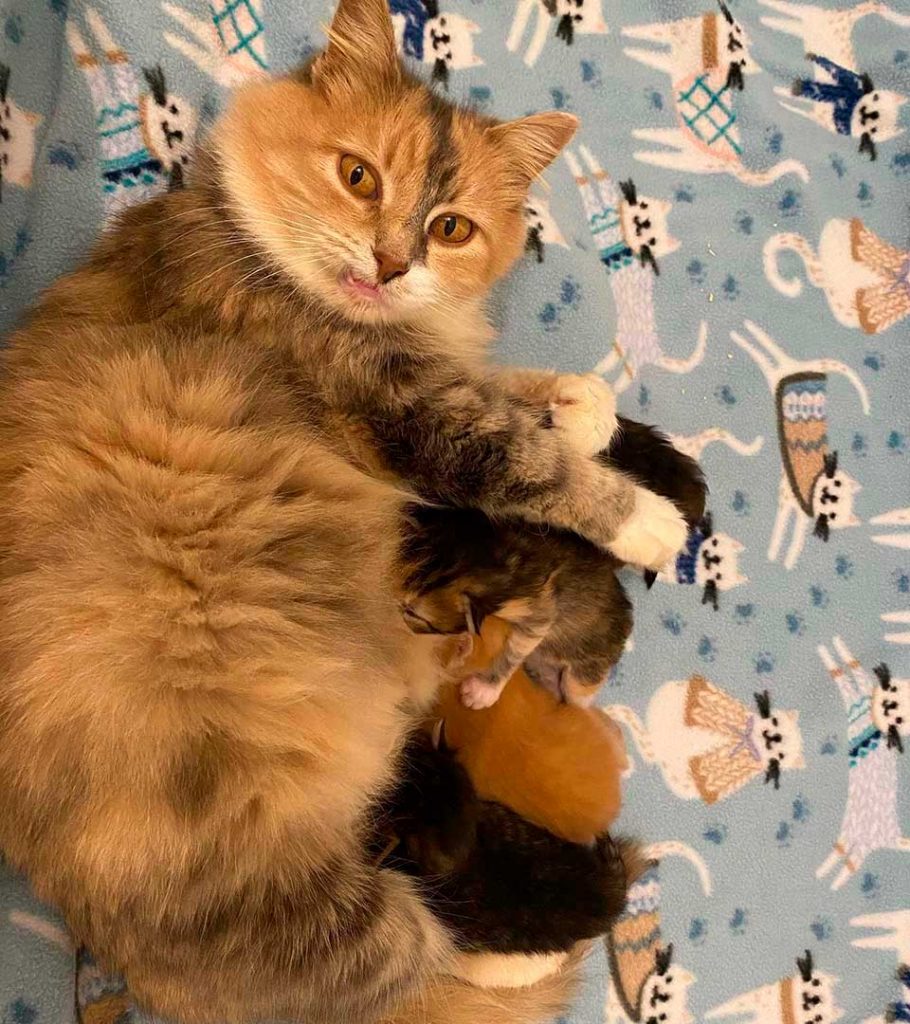 In addition, she constantly stuck her tongue out from under her mouth, as she was missing her front teeth and her right upper canine. 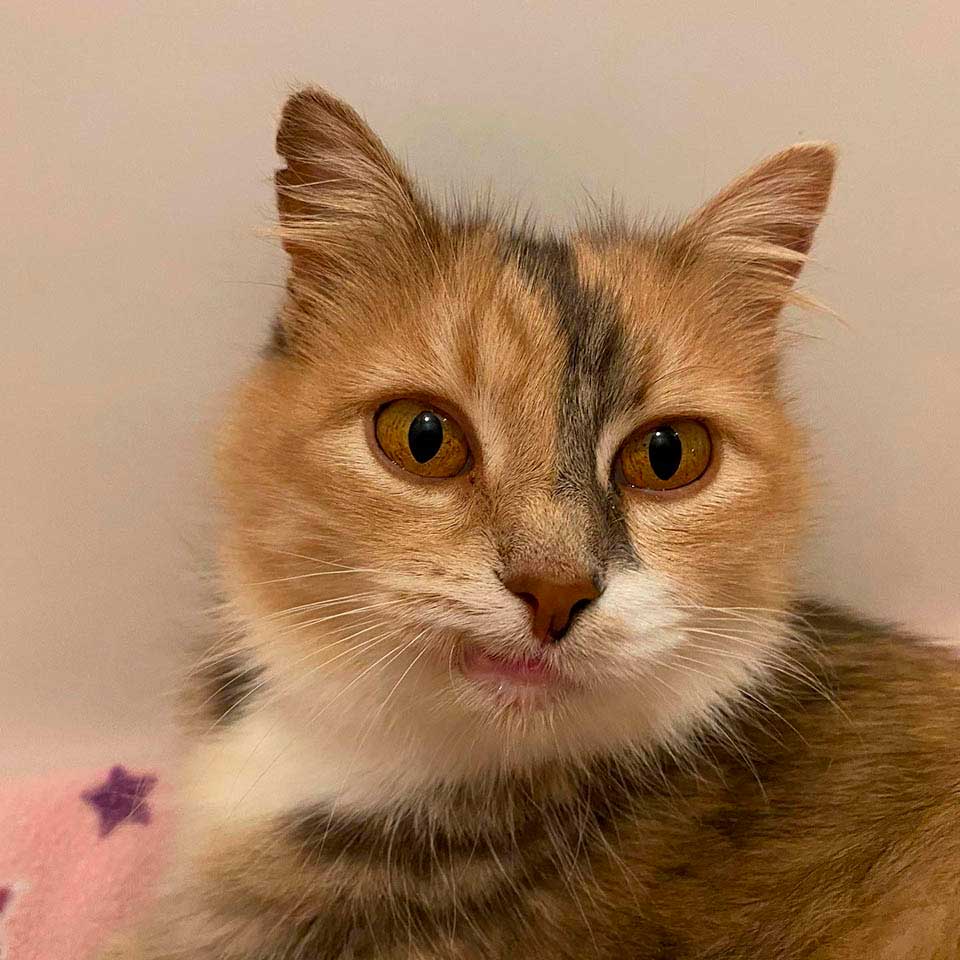 Kayla said, ”Her lower right fang protrudes from her mouth, leaving something like a smile on her face.” 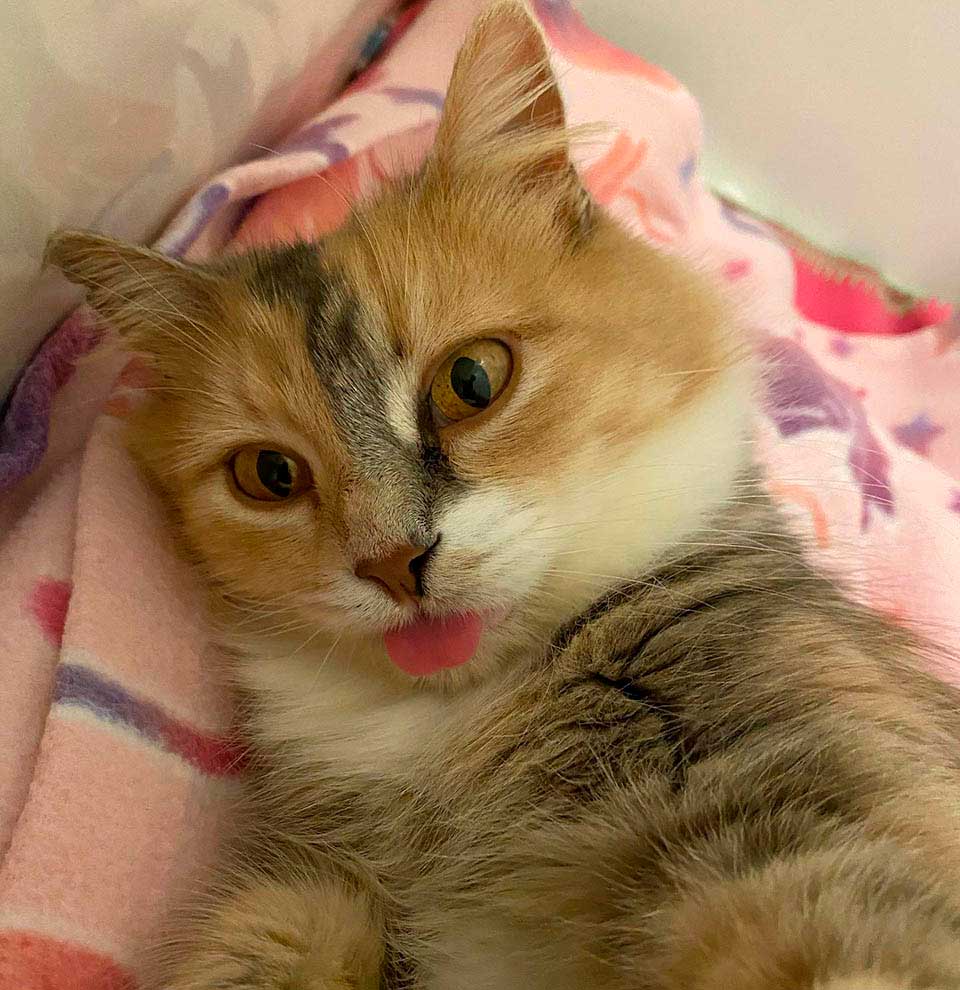 Since moving into foster care, Priscilla has been very grateful to have a comfortable place to raise her young kittens. The mother cat had to undergo a series of medical procedures to fix some of her stomach problems, and when she recovered, her personality came out. 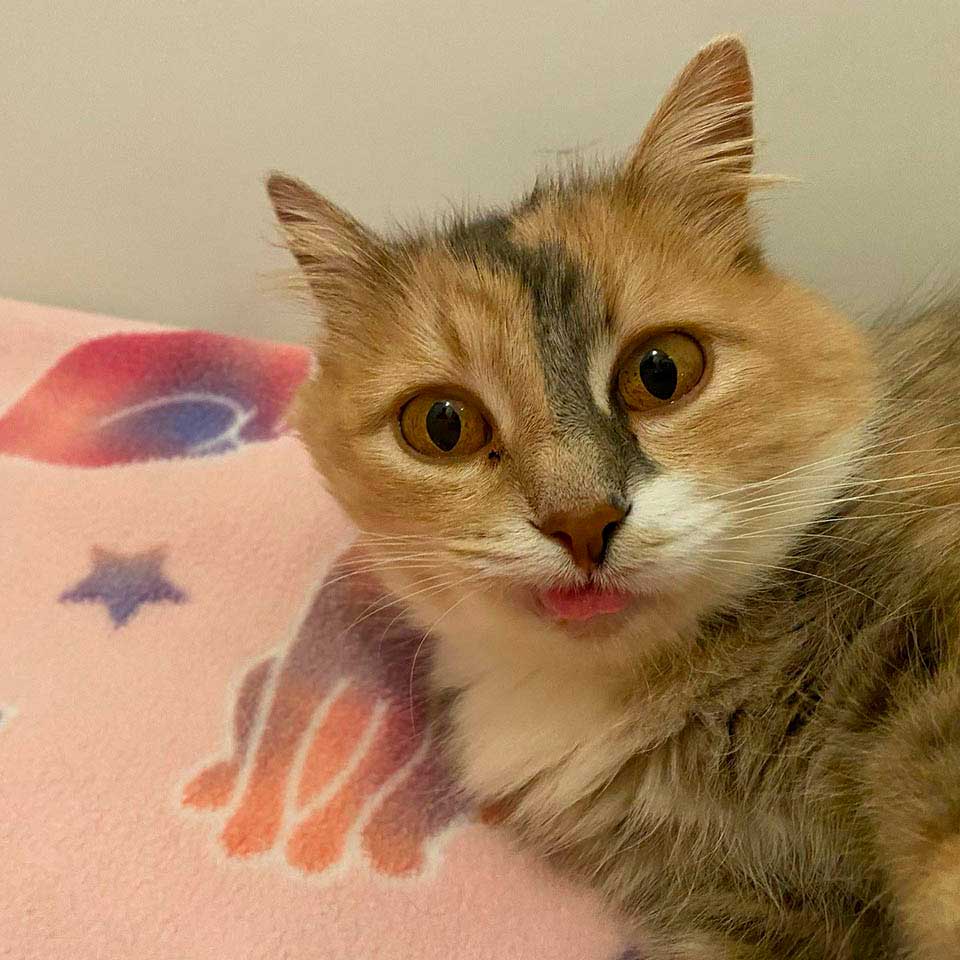 The cute cat was very curious about her surroundings and tried to explore every place in her room with great care. Along the way, she found some toys, but didn’t know how to play with them, although she kept looking at them. 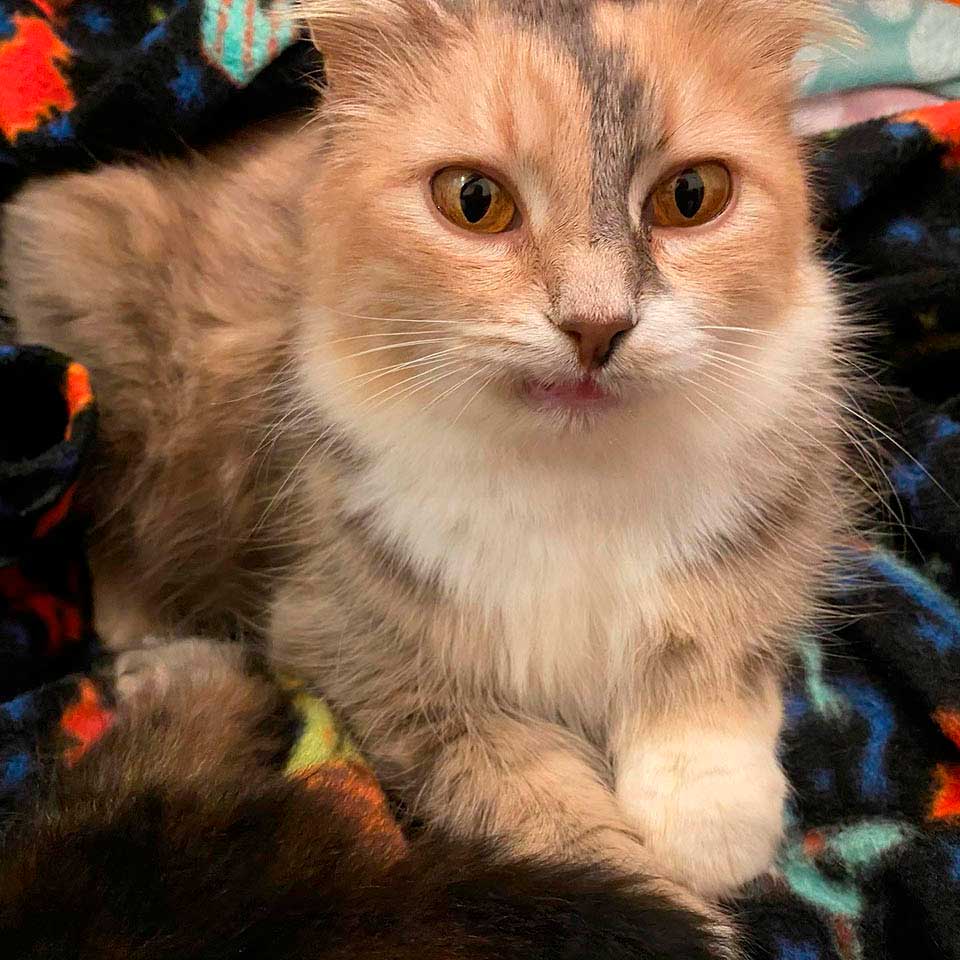 From the very beginning, it was clear that all Priscilla wanted was love and care, but she still did not understand hugs and caresses.

After spending a few days with Kayla, Priscilla started to warm up and realized she was there to help raise her kittens. 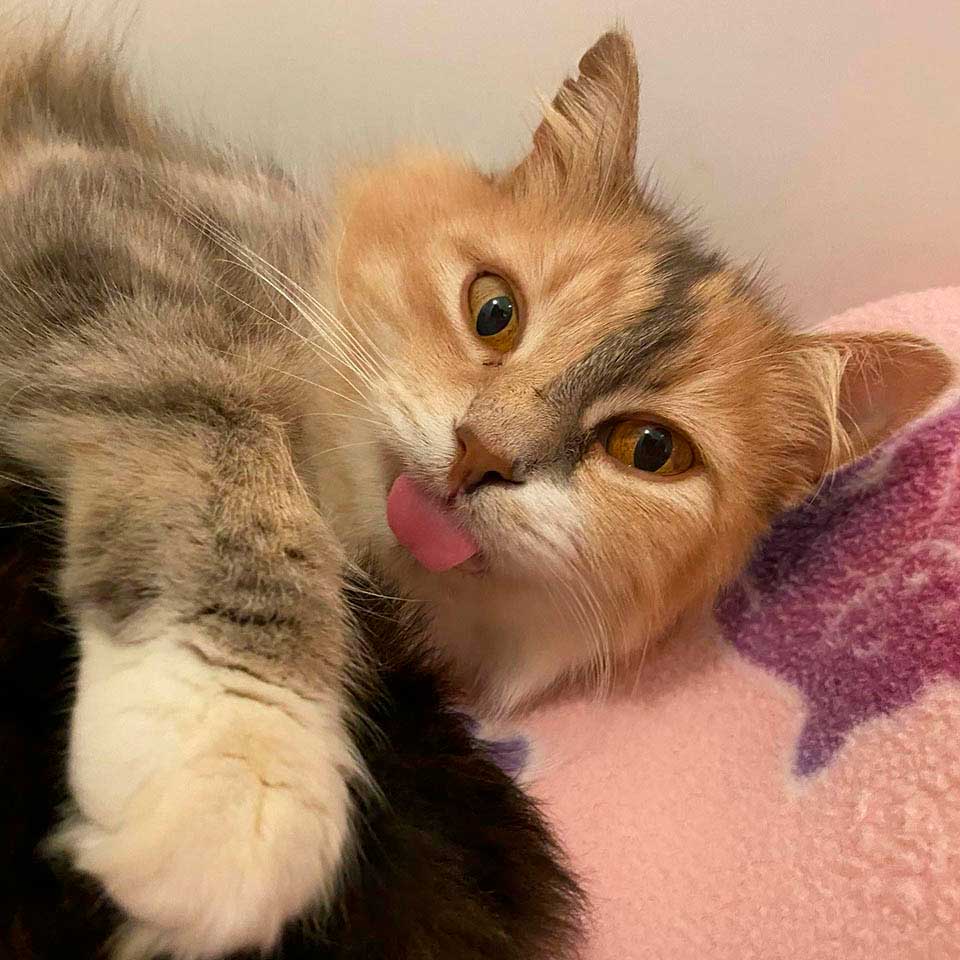 The kitty would usually took a break from her mothering duties, but she would always make sure that Kayla took care of the kittens.

Despite Kayla’s best efforts to save all the kittens, one of them could not survive, but three girls (Zelda, Effy and Bessie) survived. 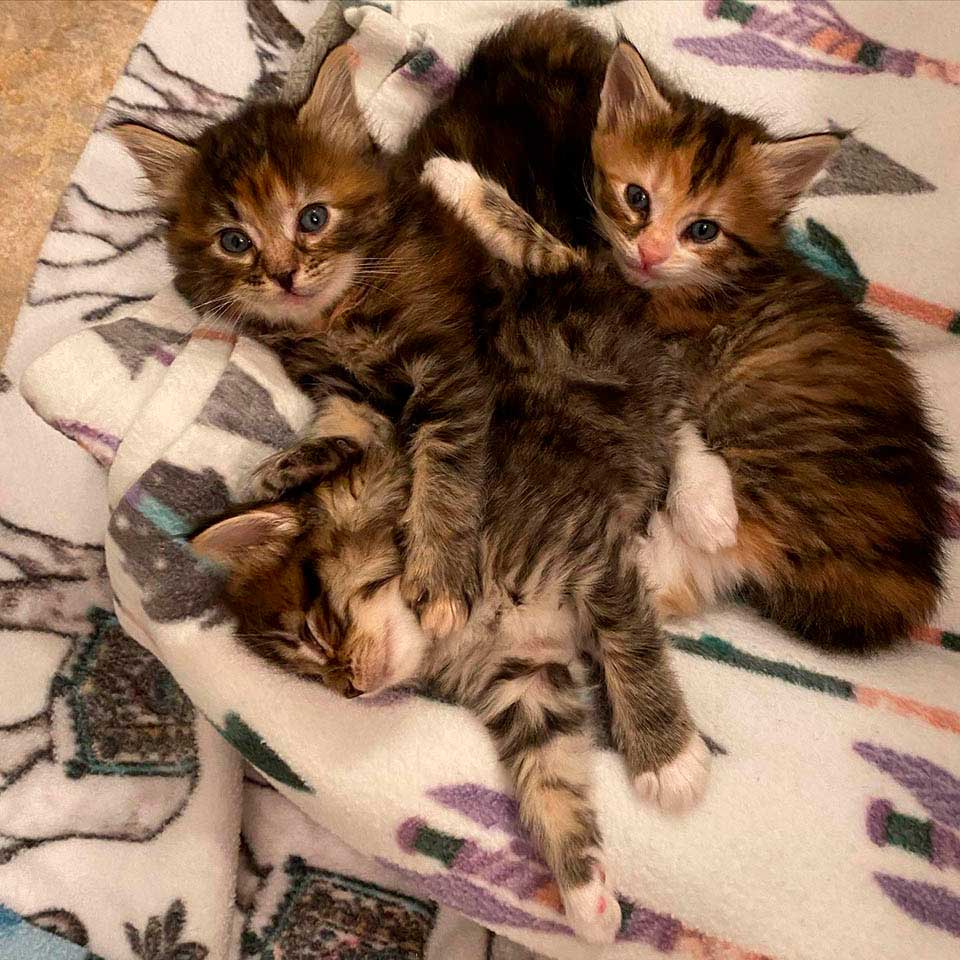 The trio gradually grew stronger and began to run around the room, climbing anything that their little paws could reach. The volunteer decided to change the family room for them to have more room to play, run and hone their cat skills. 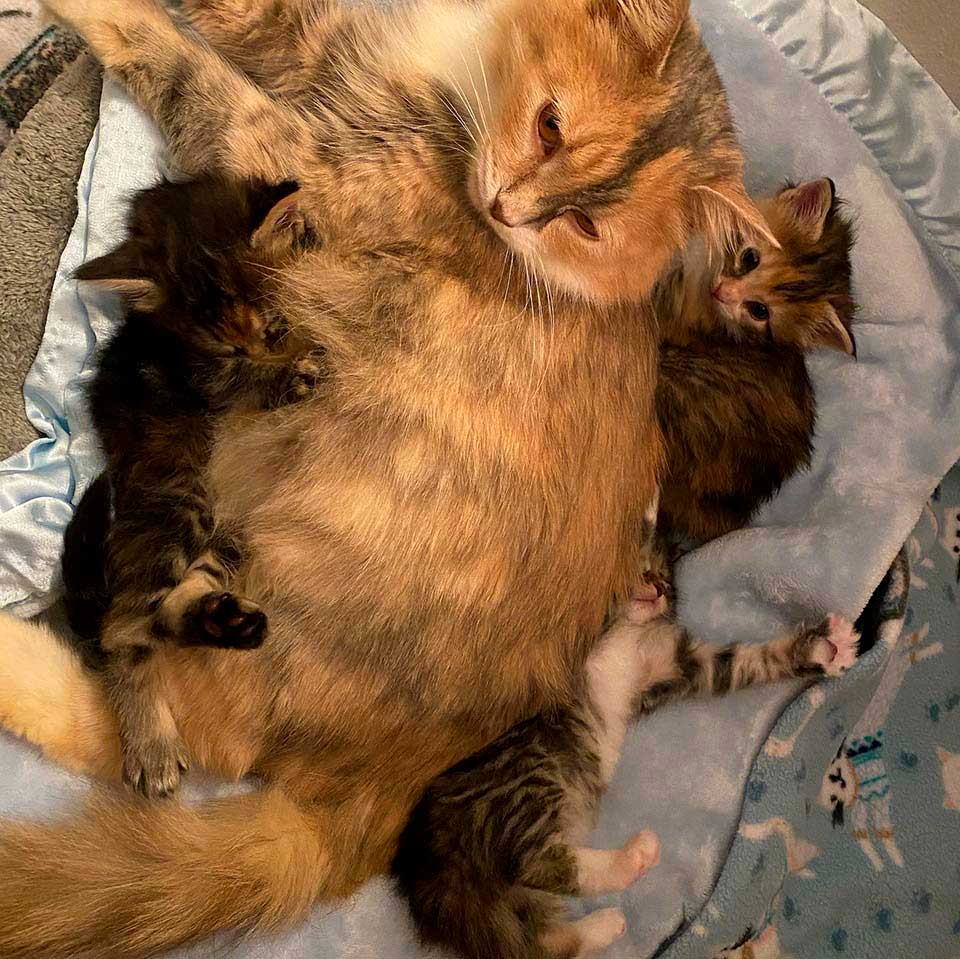 Each of the kittens is characterized by a special behavior. Bessie, for example, has become a real lover of hugs. While Effy adores her mother and demands a lot of attention from her, Zelda decided to help her mother eat her canned food right on her plate. 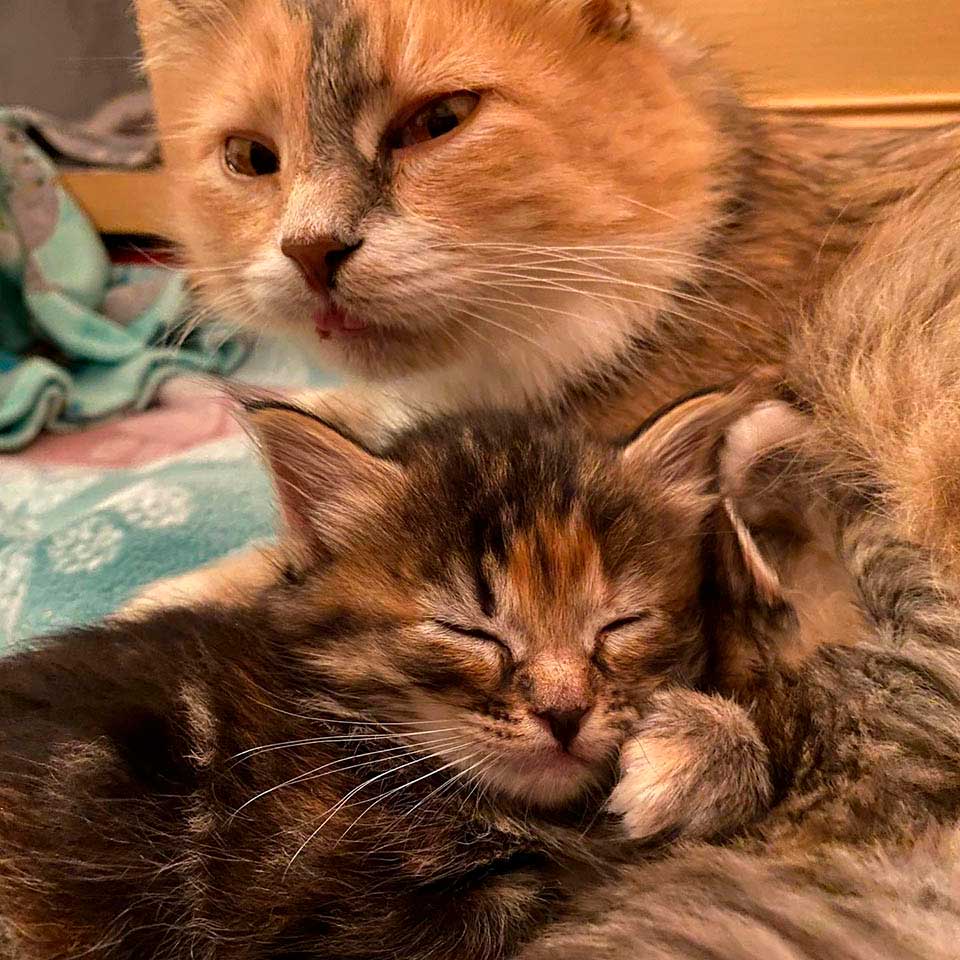 Soon mom Priscilla was spending more time with her caregivers while her little ones were busy playing pranks in the room.

Kayla commented, ”Ever since I brought Priscilla and her children home, I’ve tried to get her on my lap, but she couldn’t.” 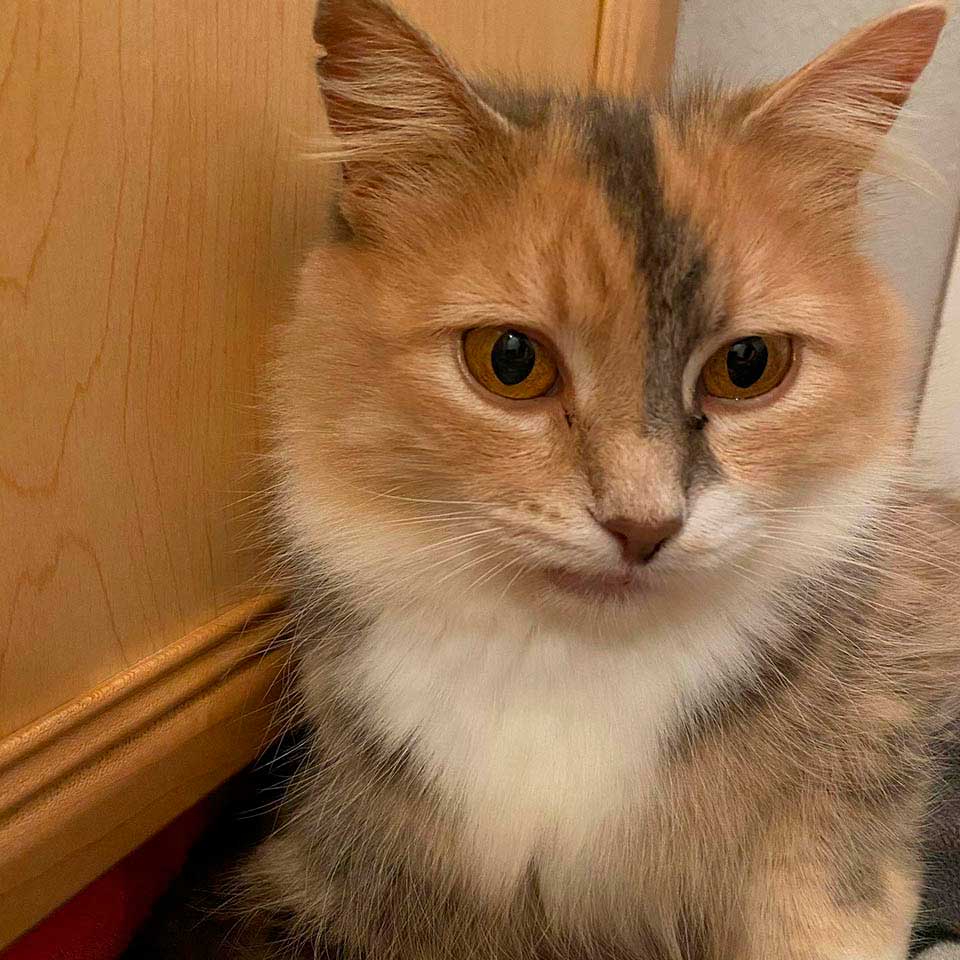 Something unusual happened a few days ago: the cat crawled on Kayla’s lap to snuggle up to her for a petting session. Also, she kept her hands on Kayla’s leg and used them as a pillow, it was such a special moment for Kayla.

Most importantly, Priscilla and her little ones won’t have to spend another day outside, which always draws a beautiful smile on Kayla’s face. 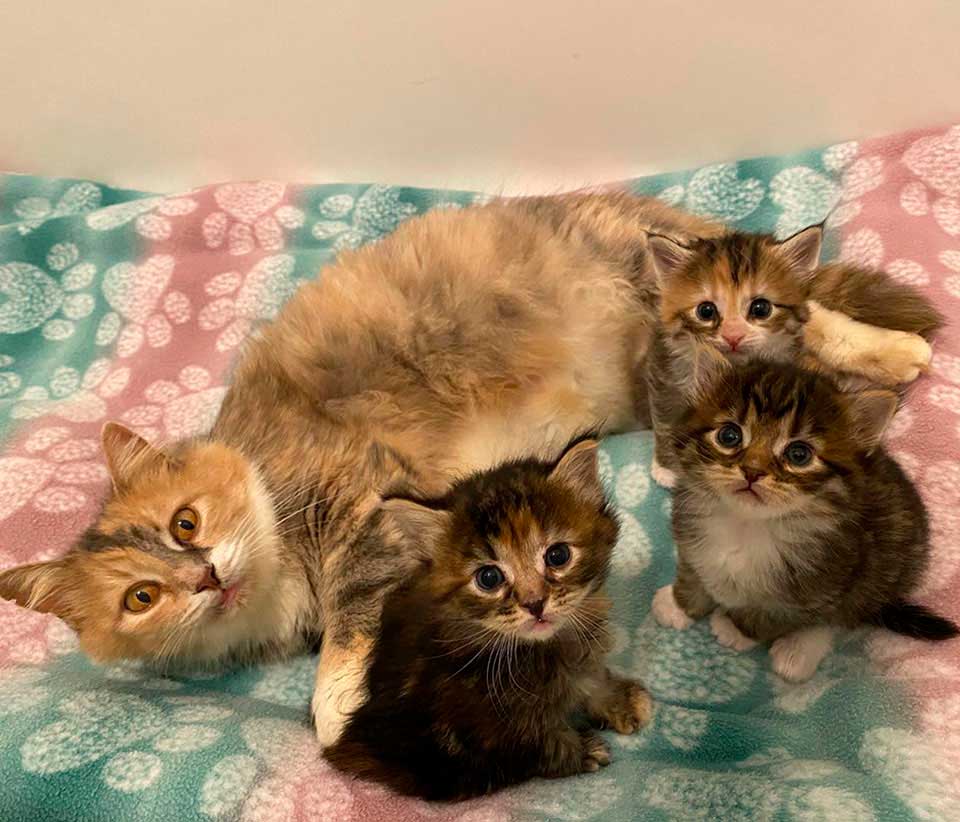 Every day she becomes more affectionate, but most of all she enjoys seeing her kittens grow in safety.