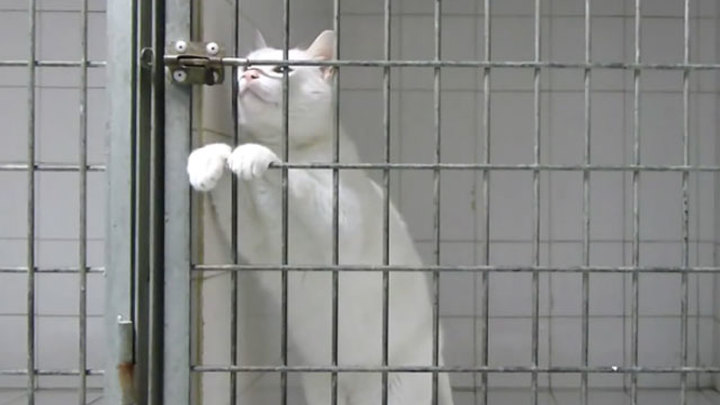 The lives of animals are short, so for many pet owners the real joy is the opportunity to stay together for two decades. Unfortunately, there are also those who are not prepared to take care of a pet for years, and after the years they have spent together, they get banal tired of them. Rascal the cat is one of those who have been abandoned after two decades together. For many years he lived in Virginia with an owner where he was loved and cared for. The cat thought he would spend his last days in the house where he had lived all his life, but at some point his owner decided that he was bored with the cat and took him to a shelter. 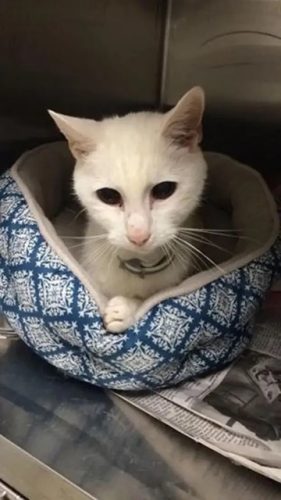 The staff were so surprised by the man’s action that they did not even ask him about his reasons for giving up the cat. Rascal was old and ill and hard of hearing, which may have played a part. The cat took a long time to come to terms with the fact that his beloved owner had betrayed him. At the shelter he did not react to people or other animals, but just sat and stared at one point.

The staff tried to distract Rascal and give him lots of attention, which worked for a while, but as soon as they stopped kissing and petting the cat would sink back into his sad thoughts. It was clear that the cat needed an owner who would give him lots of time, but it was very difficult to find a new family for an animal that was already 20 years old. 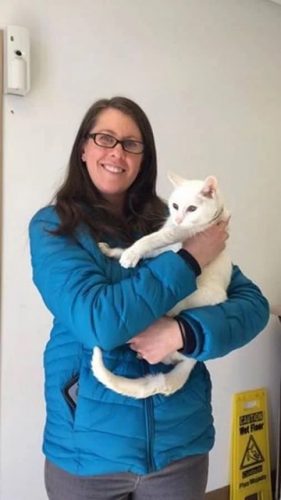 Rascal was very lucky – an advertisement about him looking for a family caught Meredith’s eye almost immediately. The woman read the cat’s story and was very touched, so she decided to take Rascal home with her right away, so that the cat wouldn’t have to spend one extra day alone.

The staff were happy, as they did not expect to find a house for Rascal, let alone do it so quickly. 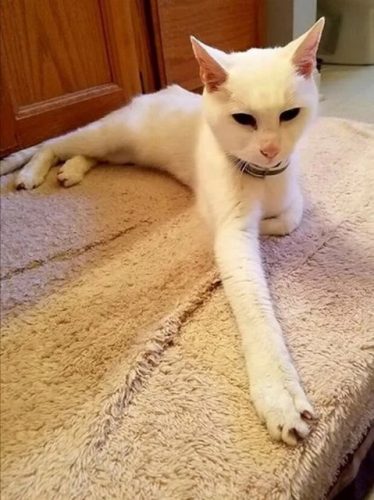 Rascal rode to his new home in Meredith’s arms. He quickly got used to the house and became friends with its inhabitants. The new family helped Rascal to survive the betrayal of his former owner, and he began to trust people again and to give them his affection. Meredith plans to take Rascal to the vet for advice on his care and nutrition, as this is very important for a cat at such an advanced age.