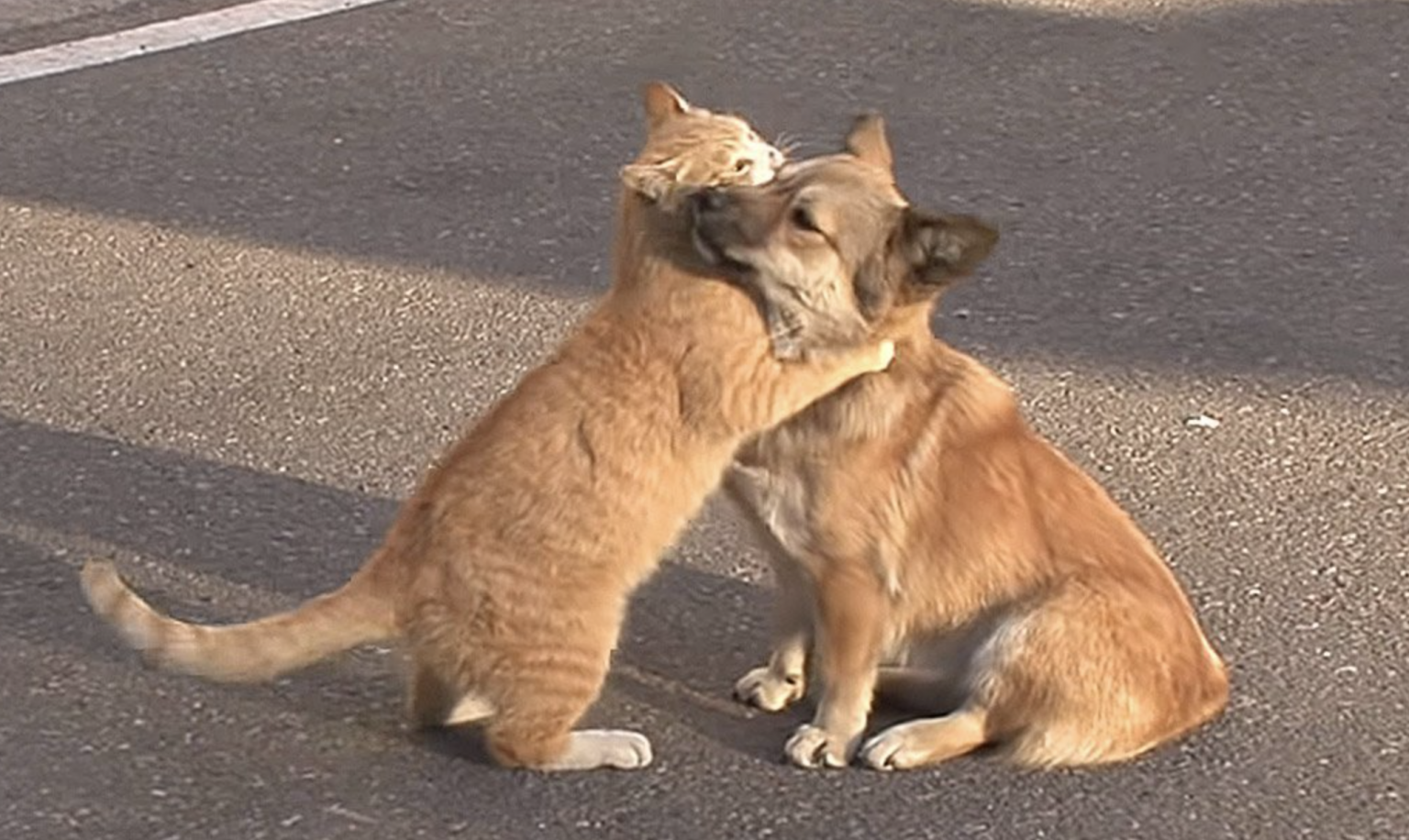 In a touching display of affection, the camera captured a cat comforting the poor puppy, who was left all alone after the owners were forced to leave him. A beautiful moment shows how animals treat each other in the most desperate of times. Fortunately, this is a story with a happy ending for both the kitten and the puppy! For almost six months, this tiny puppy was seen wandering around the building in which he once lived. The owners were too old and ill to even care for themselves, so they were transferred to an elderly care center. But unfortunately, they weren’t allowed to take the dog with them, so they had to leave the animal here. Nevertheless, the faithful dog waited for their return day and night.

Neighbors noticed a sad puppy, and some of them even offered him something to eat, but the most touching scene was when one of the residents noticed a homeless kitten approaching a lonely dog and offering its support. The caring kitten wrapped his tiny paws around the poor puppy’s neck as if saying, “Don’t worry, your loved ones will eventually find you!”

“They hug to keep warm when they sleep together at night,” one of the neighbors said. “Maybe they think they are in the same situation since they met on the street. They know they are different, but they get along well, they comfort each other.”

Learn more about this inspiring story, in the video below!