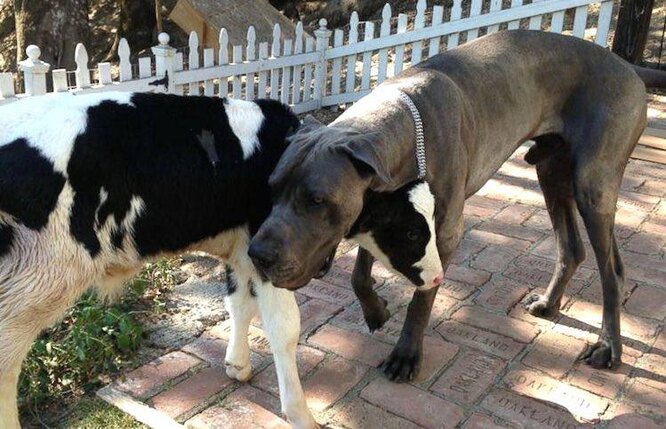 The Goliath calf behaves very funny and refuses to accept its nature.

Goliath was born on a dairy farm. He was very thin and weak, and the calf was determined to be slaughtered. Upon learning about this, a local resident Shayleigh Hubbs intervened in the fate of the bull. She bought the animal and settled it on her ranch in the California city of Danville. The calf needed careful care and enhanced nutrition. But experienced farmers knew what to do, and together with a local veterinarian, they brought out a calf. 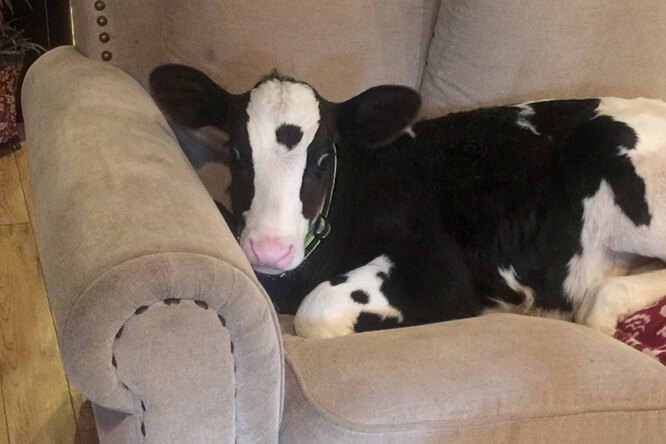 On the farm, the kid made friends with the dogs so much that he began to consider them his brothers, and himself a puppy. According to the owner of the bull, he repeated everything after the dogs. He played catch-up with them, drank water from their bowls, slept on their couches, not at all cow-like, with his muzzle on his front legs. He asked to scratch behind the ear and rubbed against the outstretched palm, which cows generally never do. He had a special connection with a Great Dane named Leonidas. He took care of the bull as if he were his own. And when the calf was unwell, the dog lay next to him for hours. 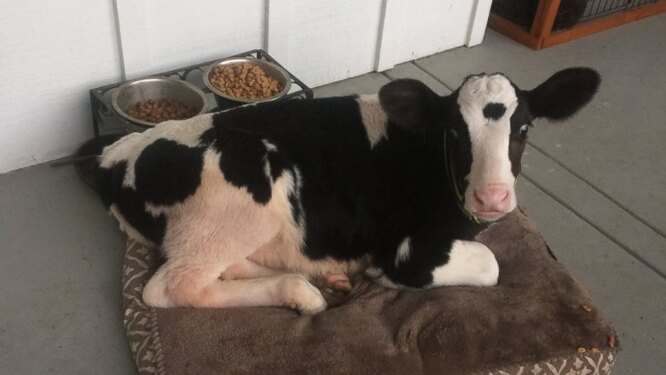 Due to the fact that the Hubbs farm is located in a hilly area where coyotes and cougars are found, little Goliath was settled in a playhouse in the backyard. But he often looked in the windows, envying the dogs that were allowed into the house.

One day, Shayleigh accidentally left the door to the courtyard open. And when she came back, she saw a very funny picture. Seeing his older brothers lying on the couch for an afternoon nap, Goliath decided that he could do that too. And he occupied half of the space with his hundred-kilogram carcass. Seeing this, Shayleigh couldn’t help laughing, but she didn’t interfere. Since then, Goliath often sleeps on the couch with his brother and best friend, the Great Dane Leonidas. 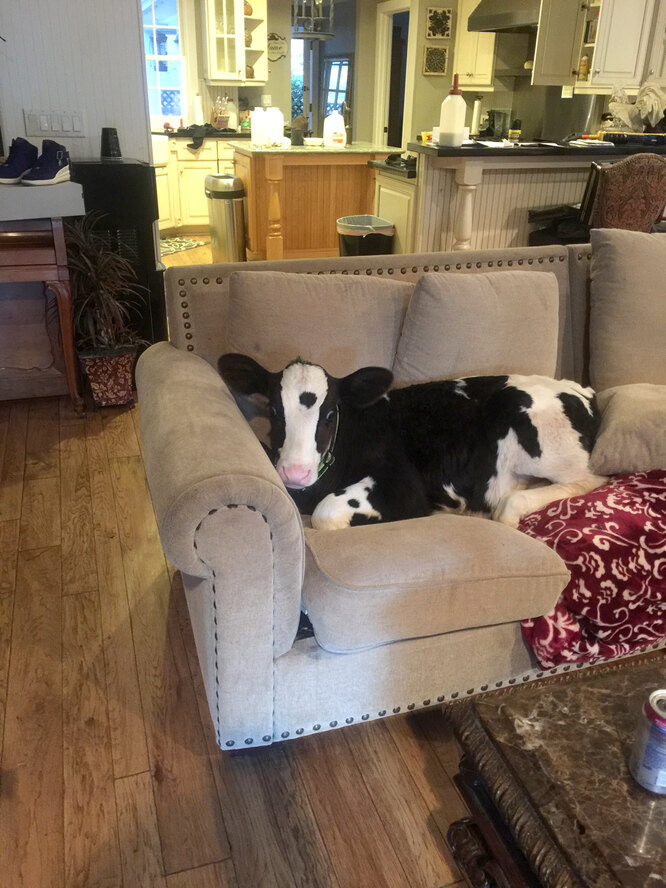 Fortunately for the bull, no one can resist his charm. So the owners forgive him a lot and try to treat all his tricks with humor. He was lucky to get into good hands.

From the first moment when the Hubbs saw the weak, shaking calf, who could not even walk properly, they realized that they had to make him part of their big family. Now Goliath lives a full and interesting life, enjoying the company of horses, alpacas, goats, dogs – and, of course, the people who gave him a second chance.