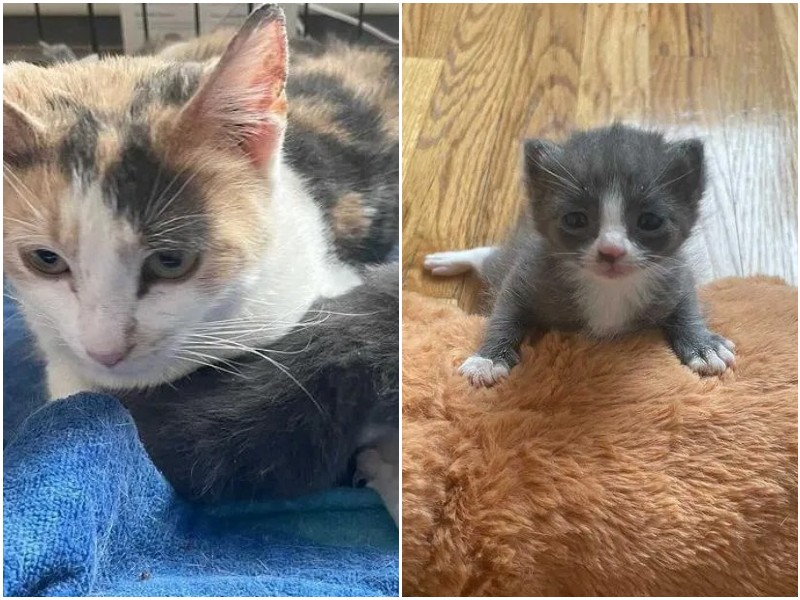 The skinny mother cat, who was struggling to feed its babies, was spotted in the cold street. The poor thing had little milk, and it could barely pick up scraps on its own and eat properly, not to mention feed four kittens…

This feline family was found on the cold streets of the Bronx, USA. The skinny mother cat, who had very little milk, was sheltering its kittens and trying to feed them. Nothing was more important to a mother cat than making sure its kittens survived. 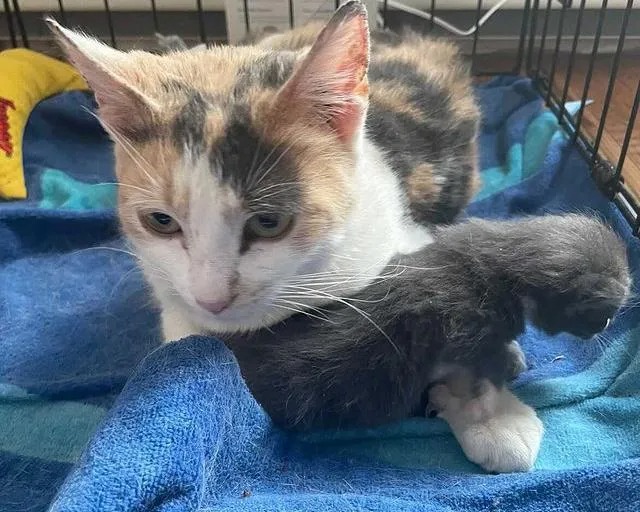 The cat itself was very thin and barely able to eat normally on its own – and here it was necessary to feed four little ones. When the kind residents saw the family, they contacted the Little Wanderers NYC shelter, whose staff immediately came to pick up the kittens. 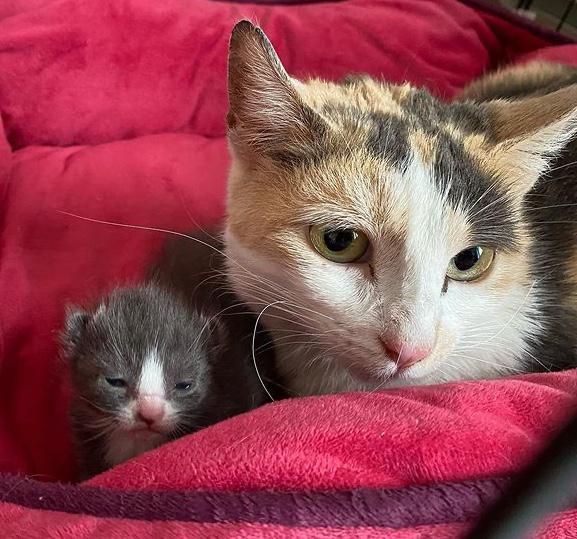 Unfortunately, a sad event happened in the first days – the lives of three kittens could not be saved. The only kitten left, who was named Kenzo. The little boy turned out to be a fighter – it really wanted to live. 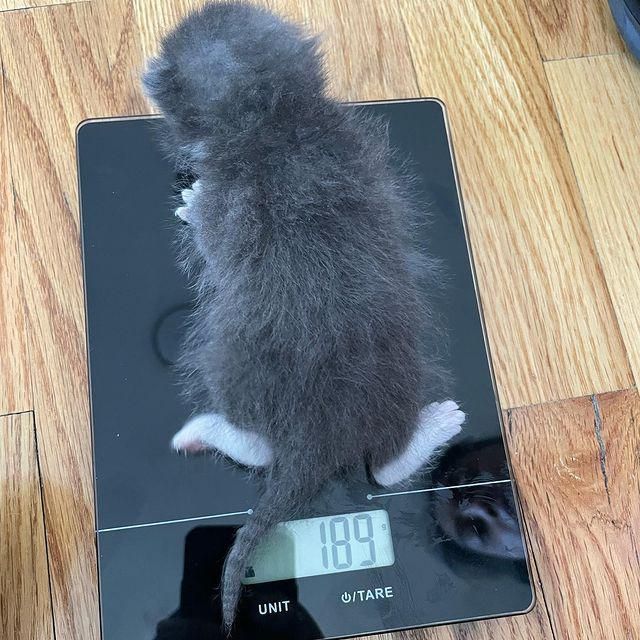 The mother cat, nicknamed Lexi, devoted all its time to the baby. It constantly took care of it, fed it with milk and licked it. Mommy and kitten were emaciated when they were taken into care – the kitten weighed only 189 grams. 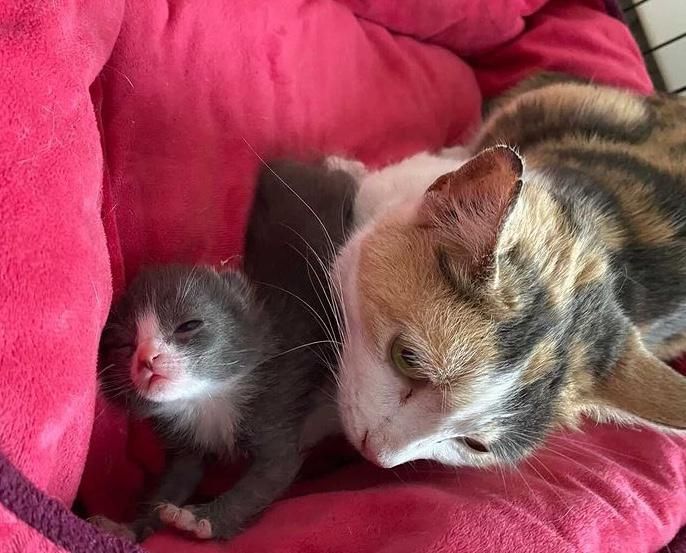 The guardian began to actively feed the mother cat, and to feed the kitten from a syringe at certain hours. Within a few days, Kenzo had gained some weight and was cheerful, crawling and exploring all around. Mom watched its every move. 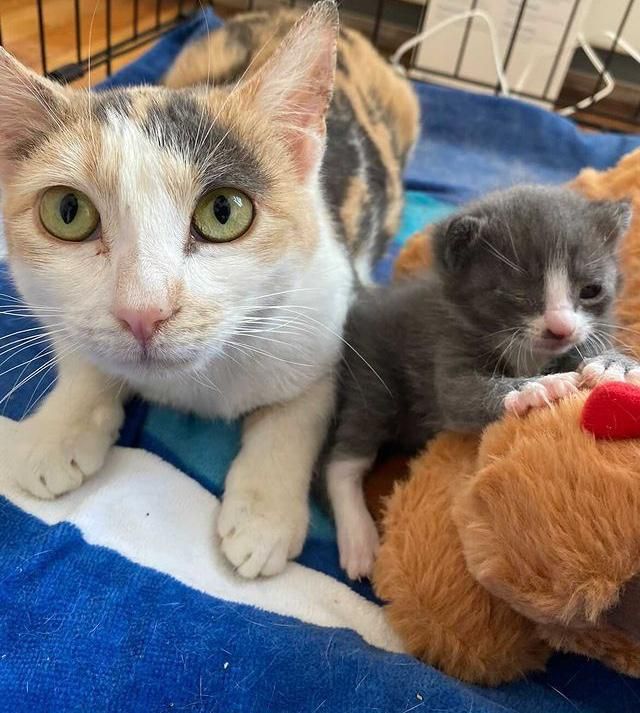 Most of all, Mama-Lexie was happy that its baby boy was growing up safe, warm, and not out on the cold streets. When Kenzo is old enough, loving owners will be found for it and its mommy. Many thanks to the kind people who rescued these little fluffies! 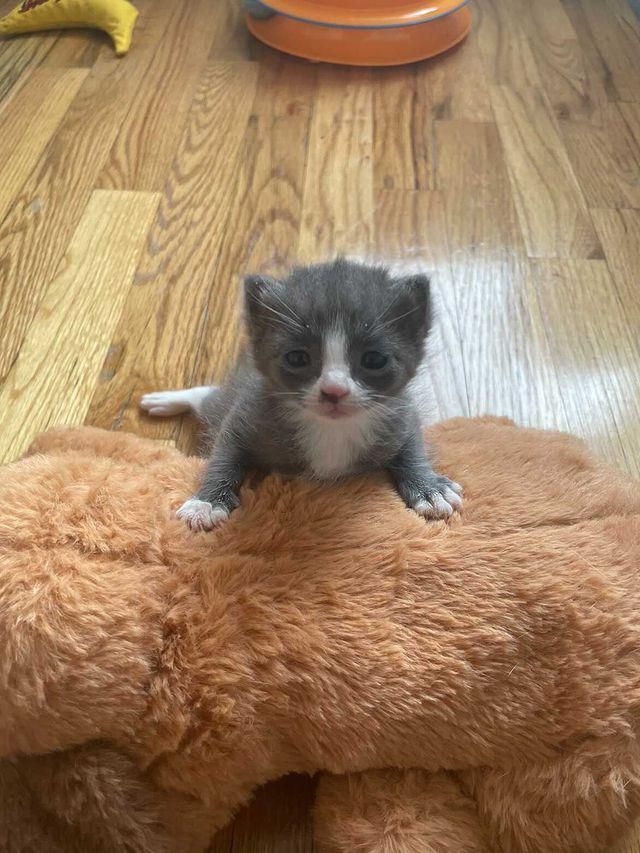