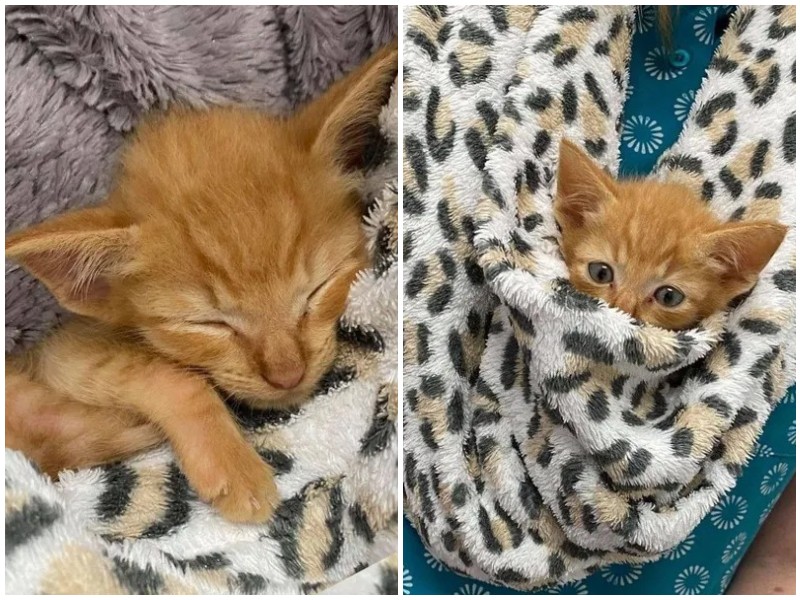 The little redhead weighed only 225 grams when it was picked up from the street. The baby was in trouble – when it ran across the road, it hid in the rocks and got stuck there. Fortunately, people noticed it in time.

Residents of the United States noticed this fluffy little lump when it ran across the road and hid in the rocks. Concerned for the little one, kind people decided to rescue it. To get it out safely, they called the rescue center for help.

A volunteer at the Best Friends Felines shelter immediately volunteered to help. The woman came and helped get the kitten out safely – it was safe and sound, but it was covered with fleas and was skinny. It weighed only 225 grams. 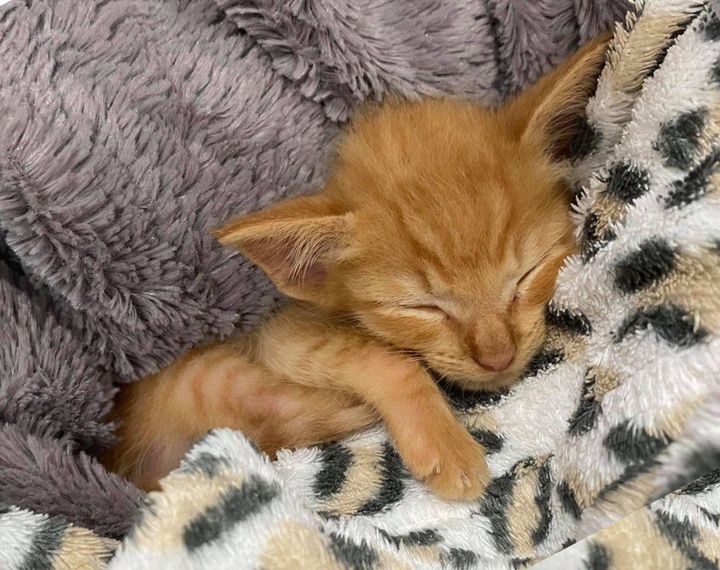 The volunteer left the kitten at the shelter and went to look for its mother or other kittens. Unfortunately, she never found anyone. In the meantime, the redhead was named Mufasa, and they began to actively care for it. 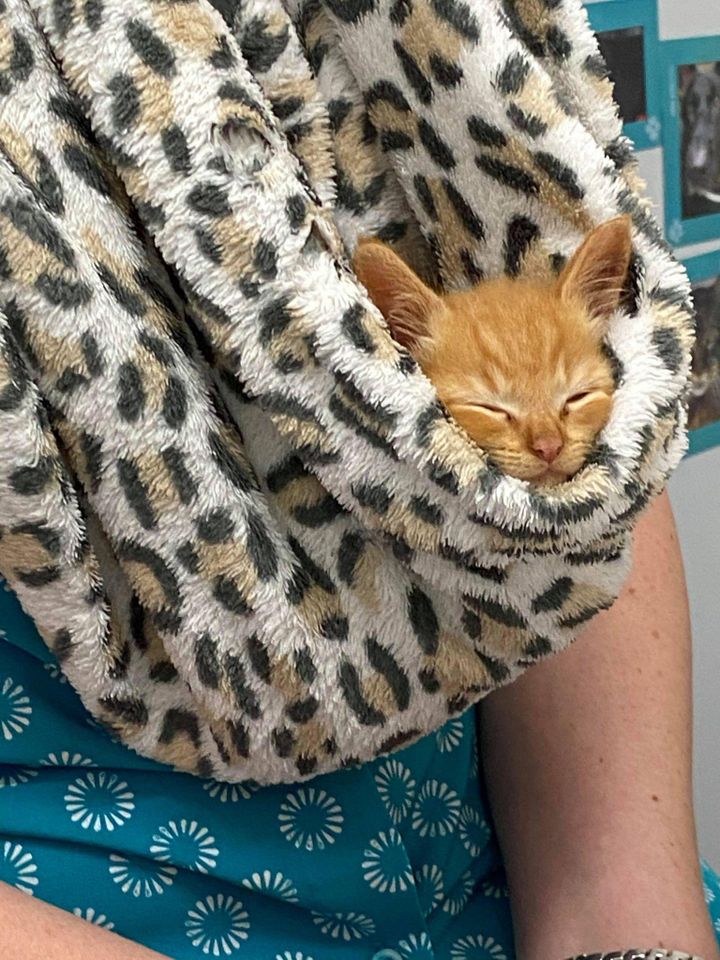 A veterinary nurse volunteered to take the kitten into her care. She fed it by the hour, took it to work with her, and took care of it in every way she could. Mufasa responded with incredible love and gratitude. 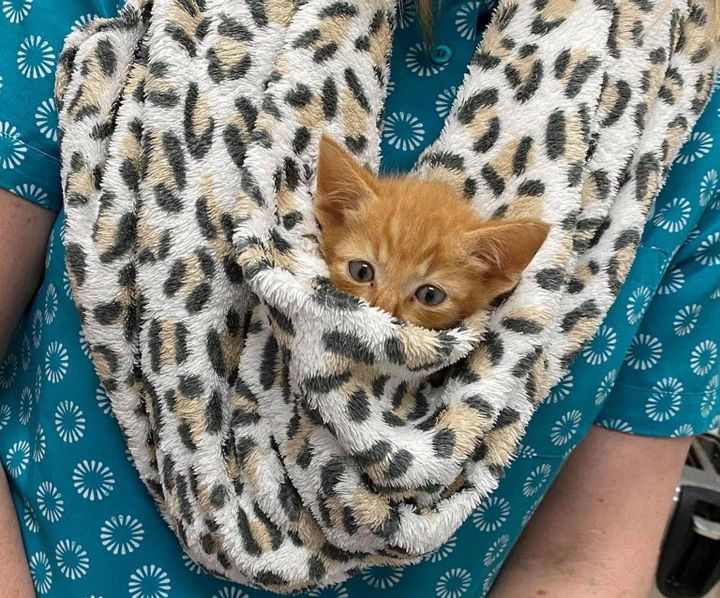 After such care Mufasa quickly became lively – the kitten began to play, to explore the guardian’s house, to be interested in everything around it. The kitten got a good appetite and quickly gained weight. 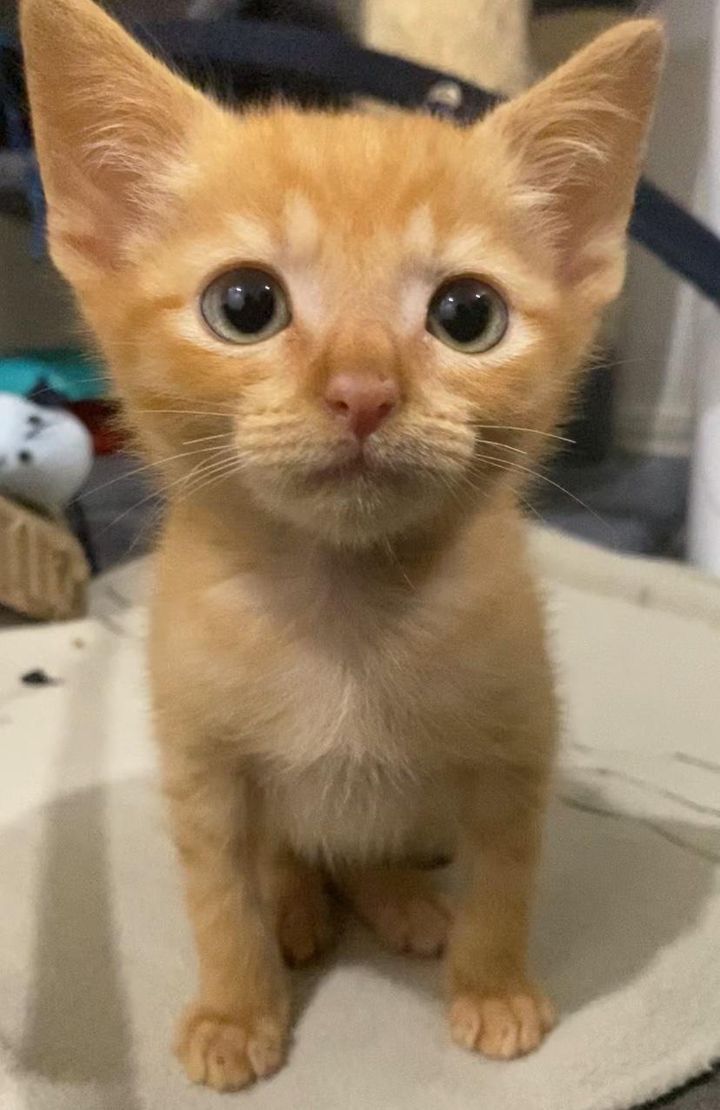 The kitten’s favorite pastime was lying in its guardian’s arms or in her scarf, purring loudly, and playing with other kittens in its free time. It turned out to be a very sweet, friendly and playful boy. 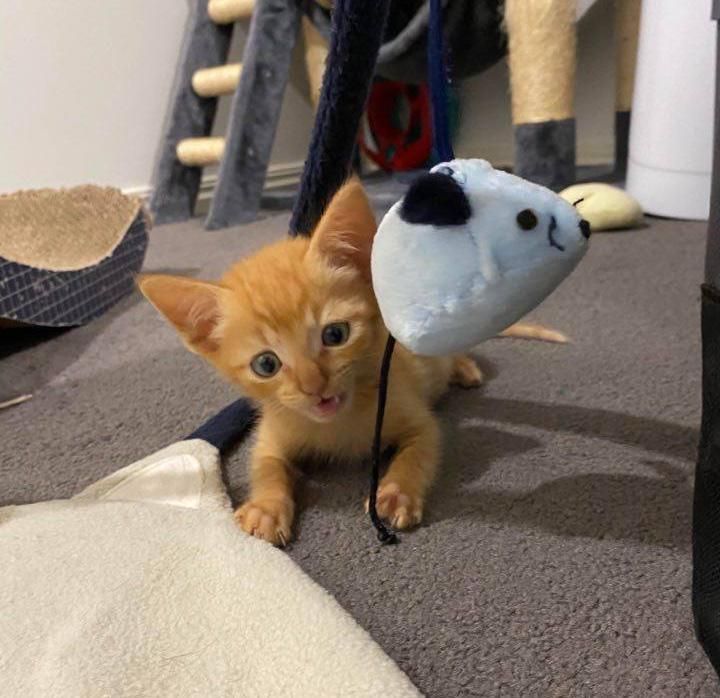 Since Mufasa was found, it has tripled in weight, which was a great victory. Now Mufasa is enjoying life while waiting for better owners, whom they have already started looking for for it. 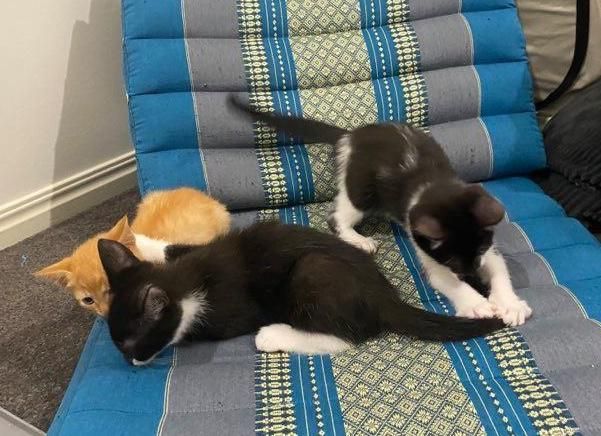