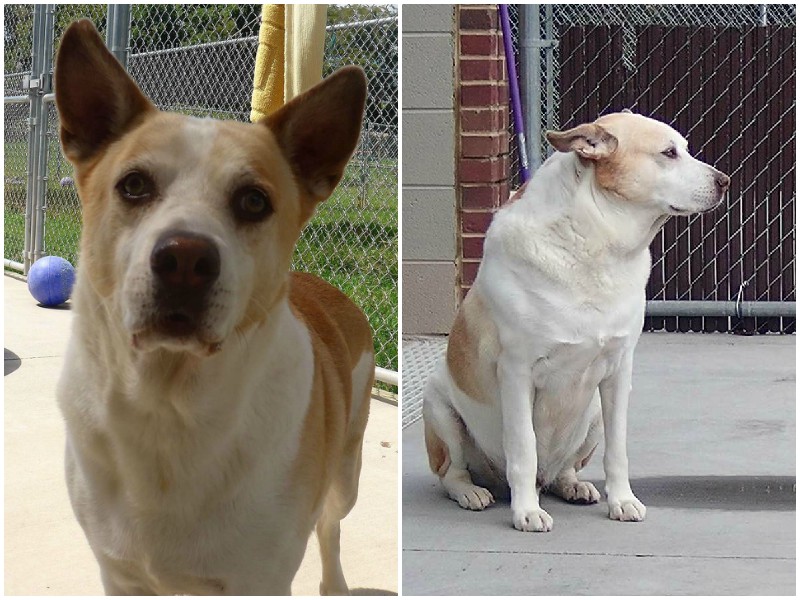 Roscoe lived at the shelter for six months, where it was always depressed. The dog always walked around with sad eyes, would not let itself be touched, and did not enjoy life at all… Everything changed in an instant when a man called the shelter.

The staff at the Washington County-Johnson City shelter waited more than six months for a dog called Roscoe to finally begin to enjoy life. Roscoe was sad and withdrawn all the time – the dog didn’t seem to see any meaning in every day… 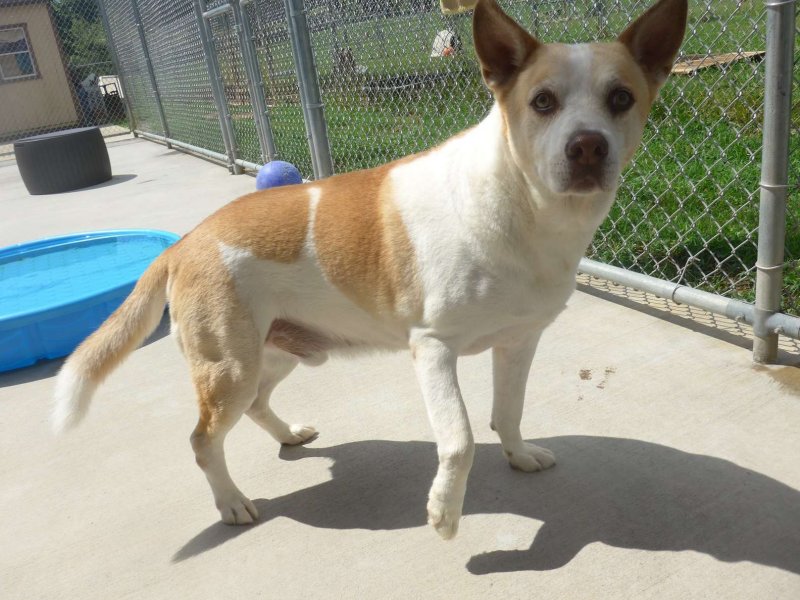 Locals saw Roscoe on the streets and called the shelter to pick it up – that’s how it ended up there. But since then, no matter how much the staff tried to show love and care, Roscoe was not happy – it was all evident in its sad eyes. 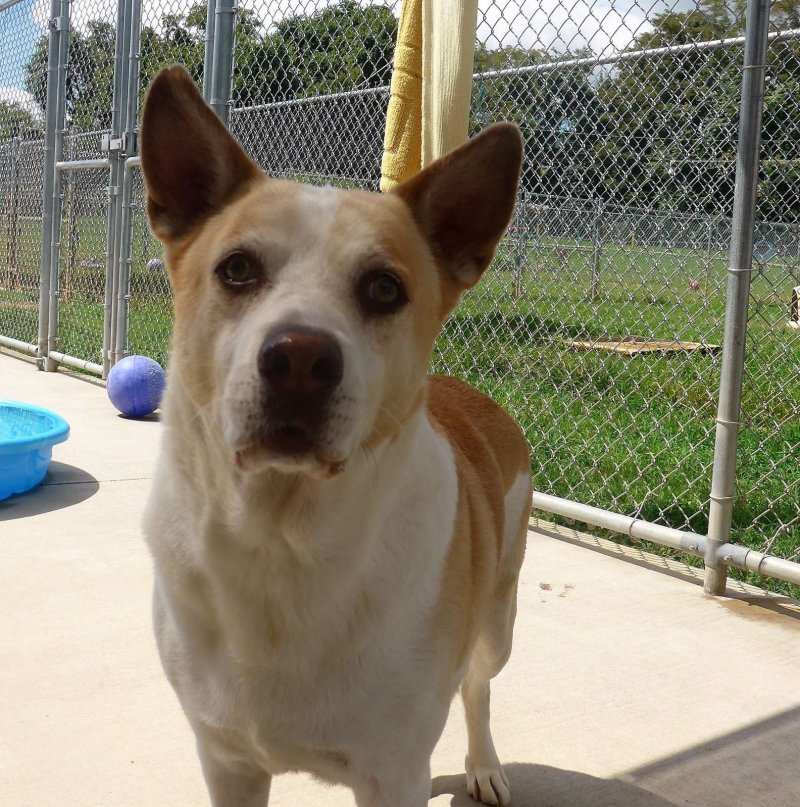 “Roscoe has always been a battered, humble boy. The dog never wagged its tail or showed any emotion, but was very private. Roscoe didn’t want to be touched or petted,” the shelter staff said. 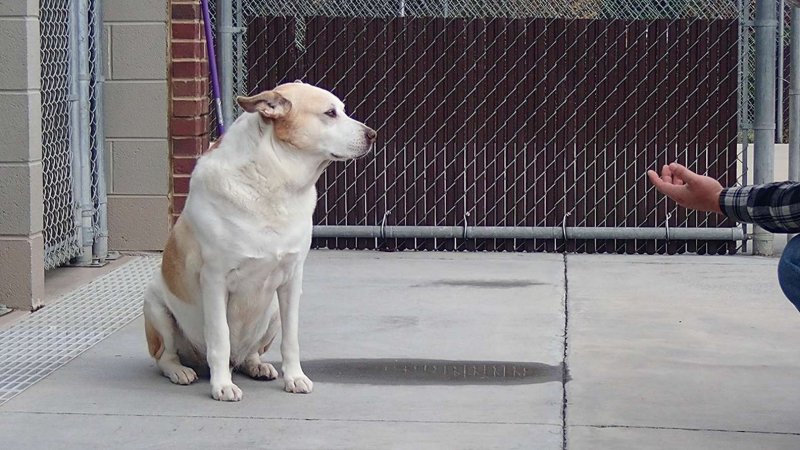 A little later, the staff decided it was time to look for someone to help Roscoe enjoy life again. They published an advertisement on social media, and a couple of days later they got a call. The staff were shocked – a man told the shelter that it was his dog. 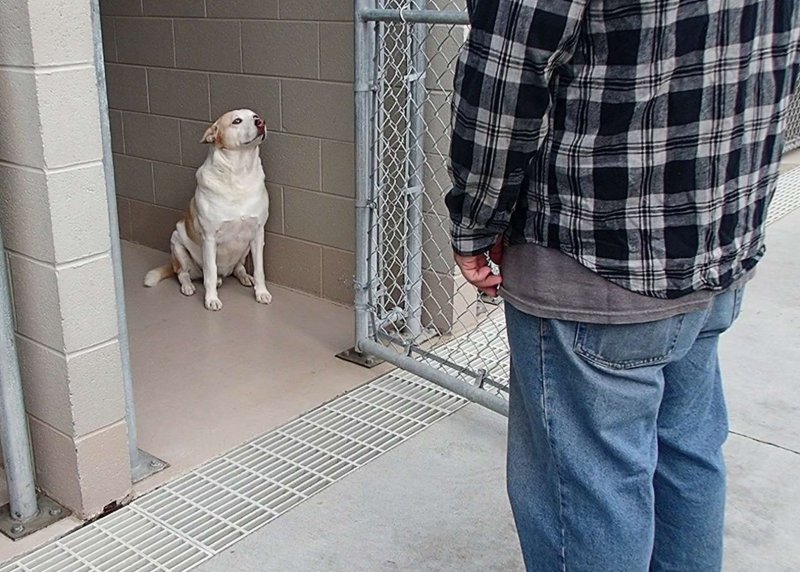 The man said it was his dog, who had gone missing three years ago. When he came to the shelter to meet Roscoe, everything was clear without words… When it saw the man, the dog started wagging its tail and smiling for the first time in a long time! 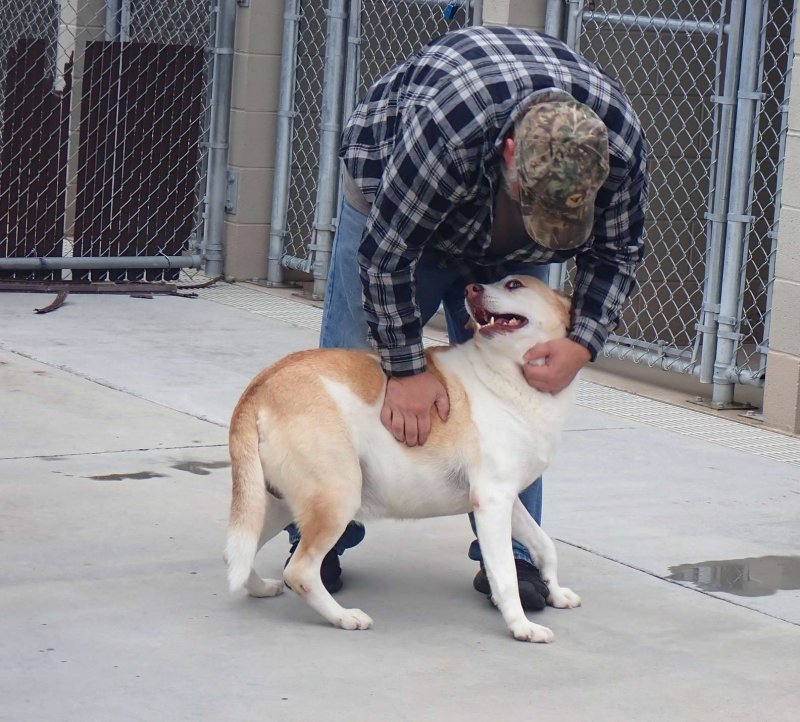 It was something incredible! All the staff were touched when they saw Roscoe’s reaction to the man, and there was no doubt – it was its owner. The man took Roscoe with him that same day and the story of this miraculous reunion will warm thousands of hearts for a long time to come ♥