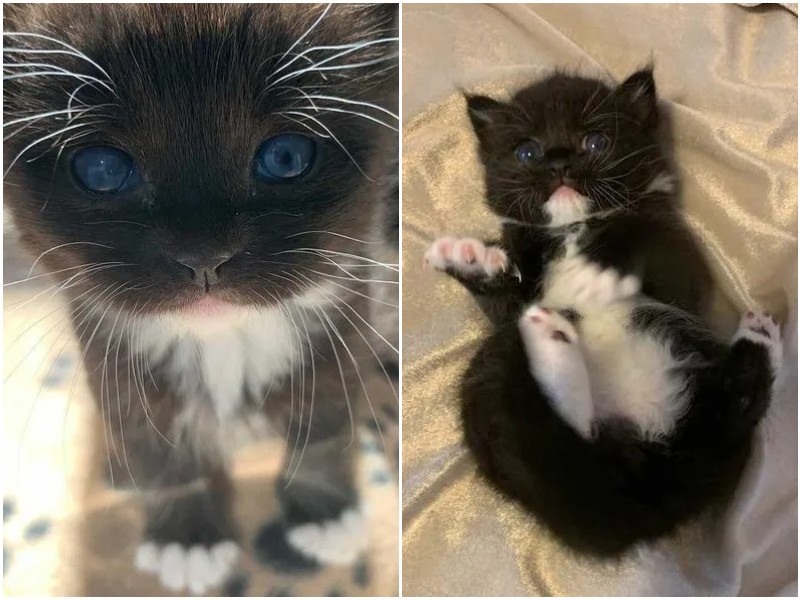 When the residents heard a thin cat’s squeak outside the house, they couldn’t figure out where it was coming from at first. Only later did they discover that the crying was coming from under the porch, where a kitten left behind by its mother was begging for help.

This month, residents of a home in North Carolina, USA, heard a thin squeak outside. It was coming from under a wooden porch, and they decided to see who was crying so loudly. They peeked under the porch and saw a tiny kitten. 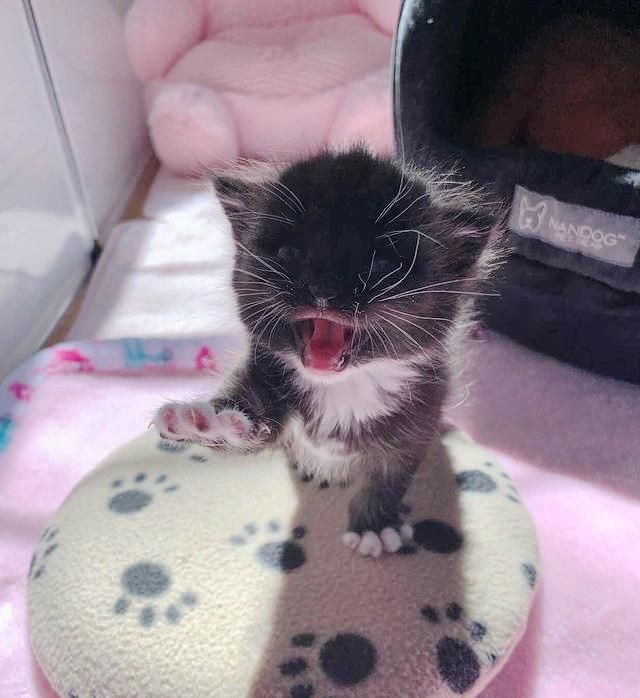 The baby was squeaking as hard as it could, begging people for help. Its mother cat was not around. At first the residents decided to wait for it, and gave the baby milk, but the cat never came until evening. 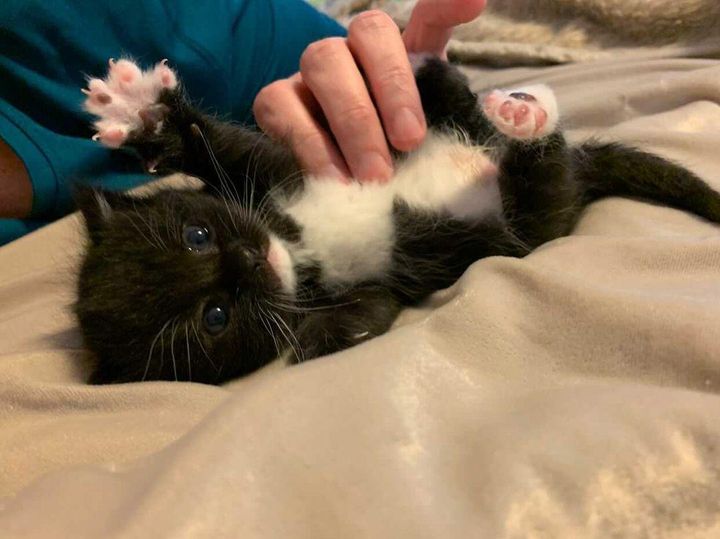 Then the family contacted Murphy’s Law, a rescue center whose staff came to pick up the tiny cat. They wondered how such a palm-sized cat could have survived without its mother at all – no one knows how long it had been under the porch alone. 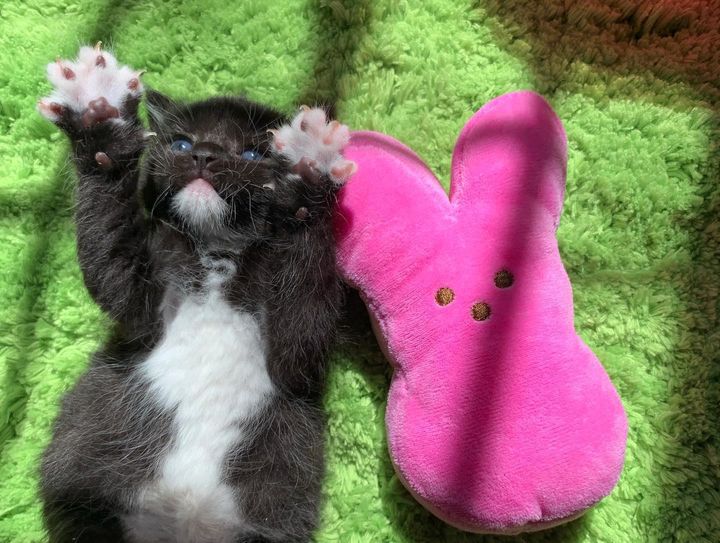 The baby, named Princess Peep, was skinny – its mother obviously hadn’t fed it in a long time. The orphanage staff took charge of its health and sensitive care for it. 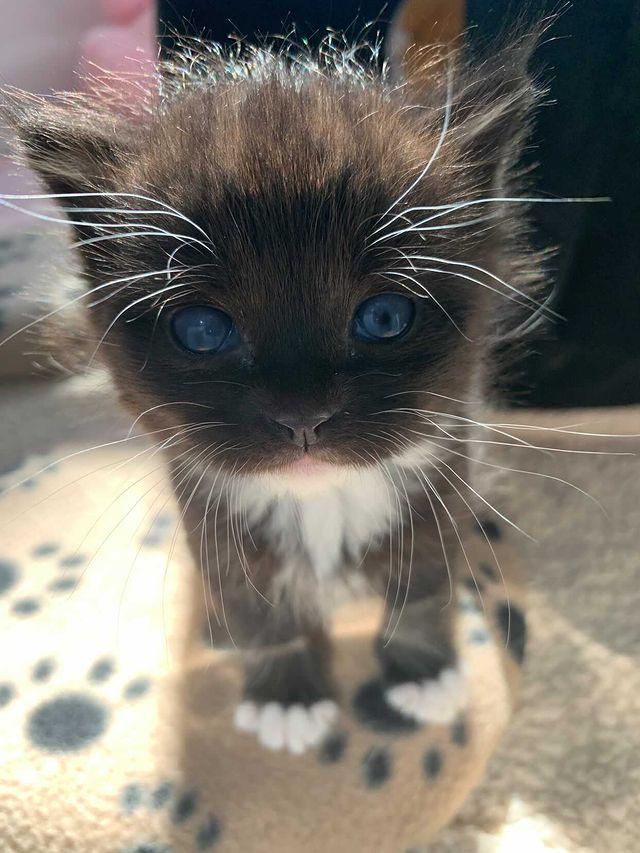 Pip had a temper – it was not shy to let its guardians know loudly if it wanted to eat or be petted. And despite its size, it was a very brave girl. 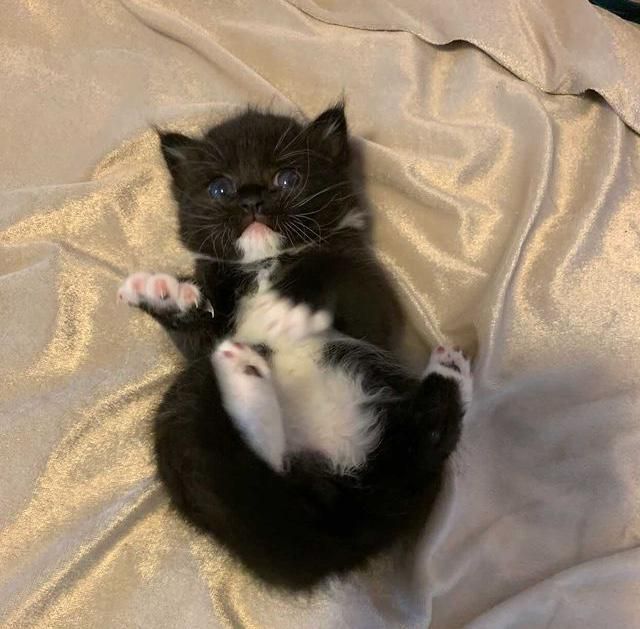 Thanks to Pip’s excellent appetite, it quickly gained weight, and became much sturdier. Soon Pip began exploring the house, playing, and learning feline activities. This beauty is growing up healthy and active, and in a little while they will find owners for it! 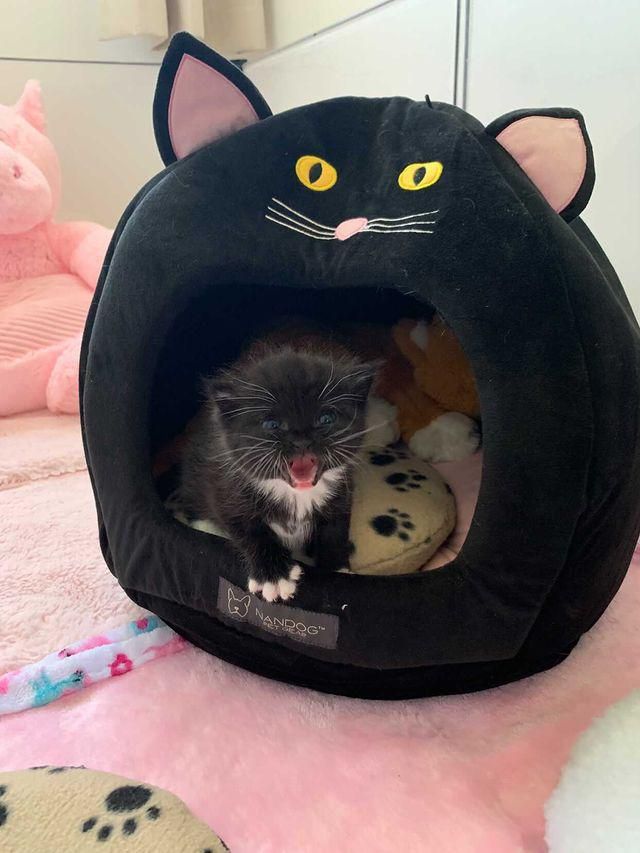