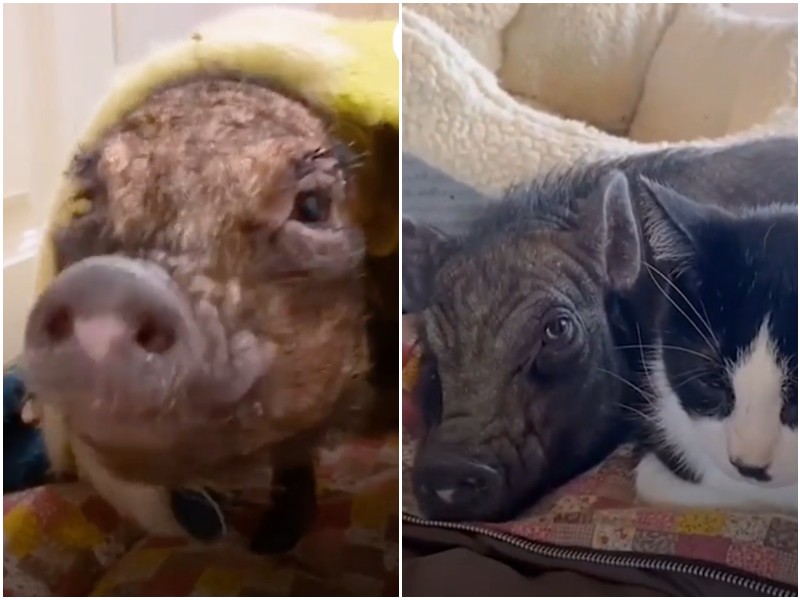 A weak, almost hairless piglet was rescued from terrible conditions of detention. The poor animal was covered with scabies and was very underweight. Rescuers could not understand how such a weak baby could even survive alone. 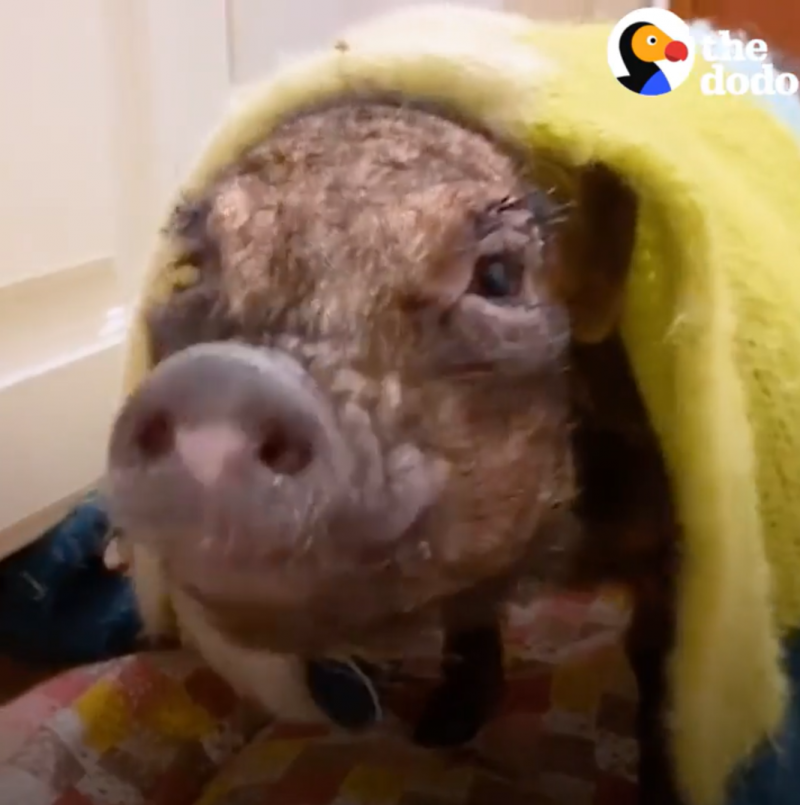 A pig named Douglas is incredibly lucky. He was miraculously rescued in time from a difficult situation when he was left completely alone to the mercy of fate. “When we got him, it was hard to believe it was a pig at all. The veterinarians didn’t understand how he survived – bones were visible on his thin body, and he was covered with scabies,” says rescuer Megan.

Despite all the difficulties, the piglet did not give up all this time. He was grateful to people for salvation and had a great will to live. Already in the first days, he began to often ask to be petted and be active. 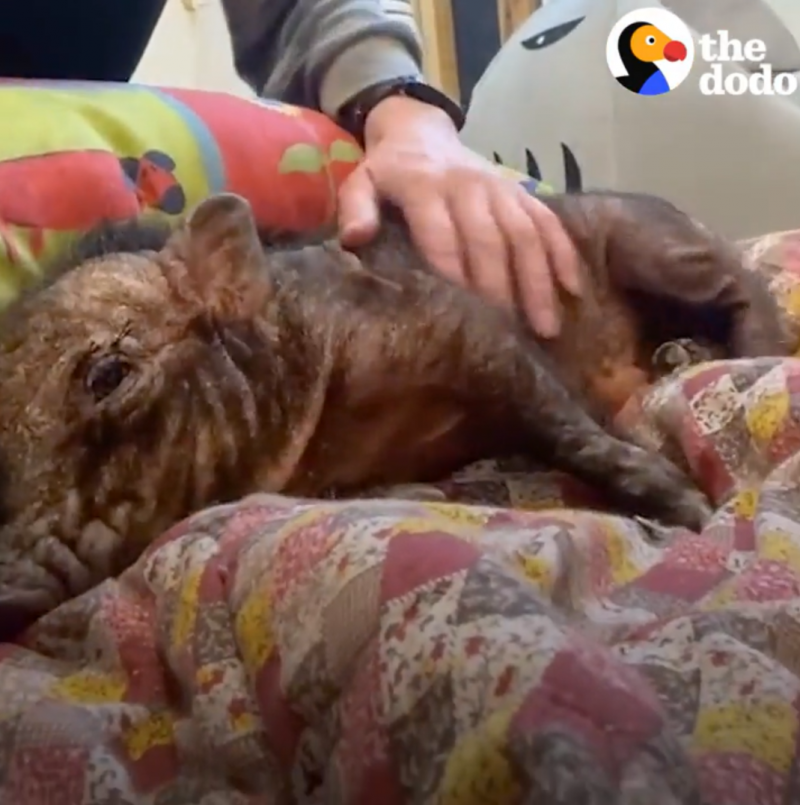 Over time, Douglas showed more and more results. While his scabies was being treated, he was not introduced to other foster animals – but when he recovered, the time had come. Fortunately, Douglas quickly became friends with all animals – and especially with a cat. 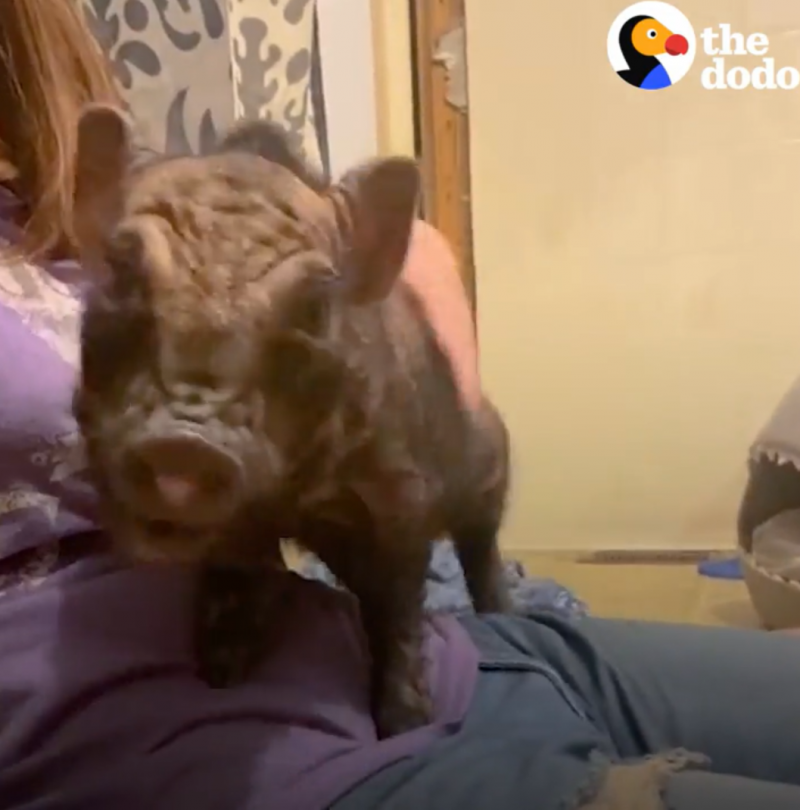 Only when he saw a cat named Ben for the first time, did Douglas run to him on the couch and settled right next to him. The cat, of course, was a little shocked, but then he got used to such an unusual neighborhood. 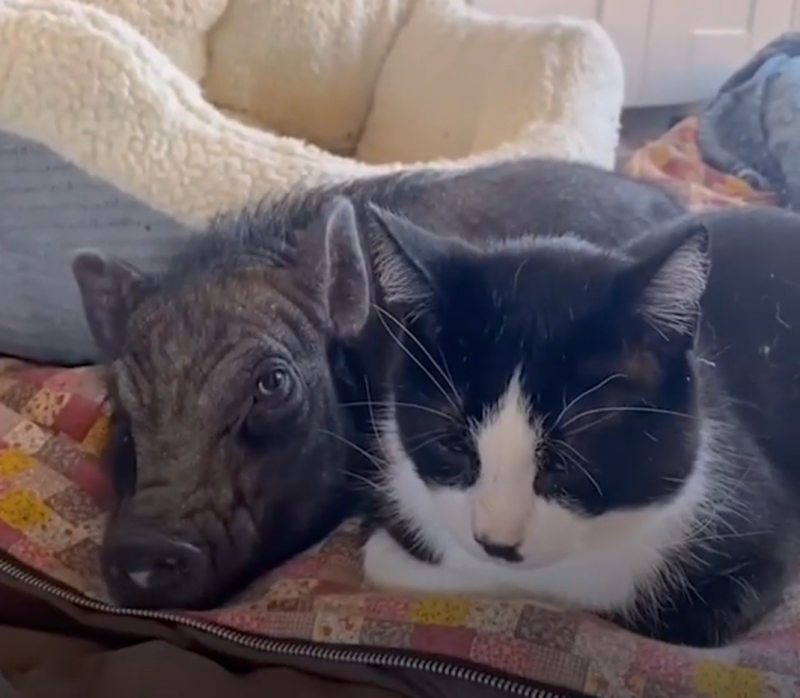 After a couple of days, these two became close friends – they followed each other everywhere, and this continues to this day. Thanks to his furry friend, Douglas gained strength even faster and became more active and self-confident. 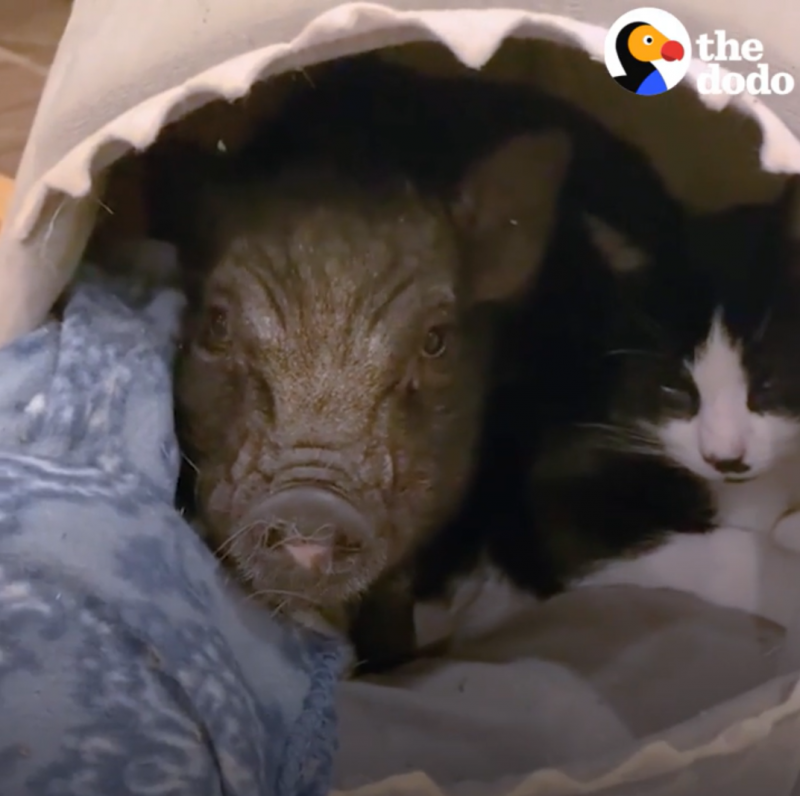 Douglas has recently been let out on the lawn outside, and he has really grown fond of such walks. There he runs happily on the grass, but of course, after his races, he always comes to his friend, and they play or sleep together. 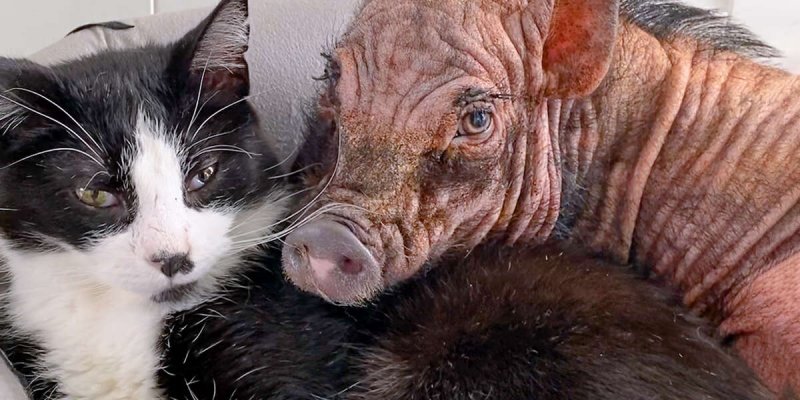 Now Douglas has grown up, his fur has grown completely, and he is enjoying his new life with might and main. Thanks to the kind people who once saved him! 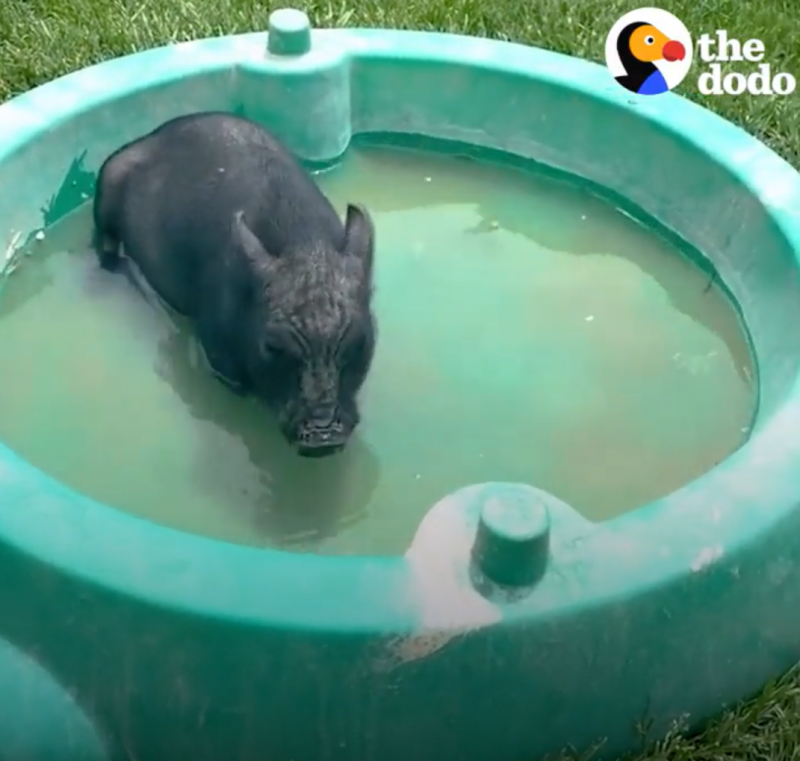