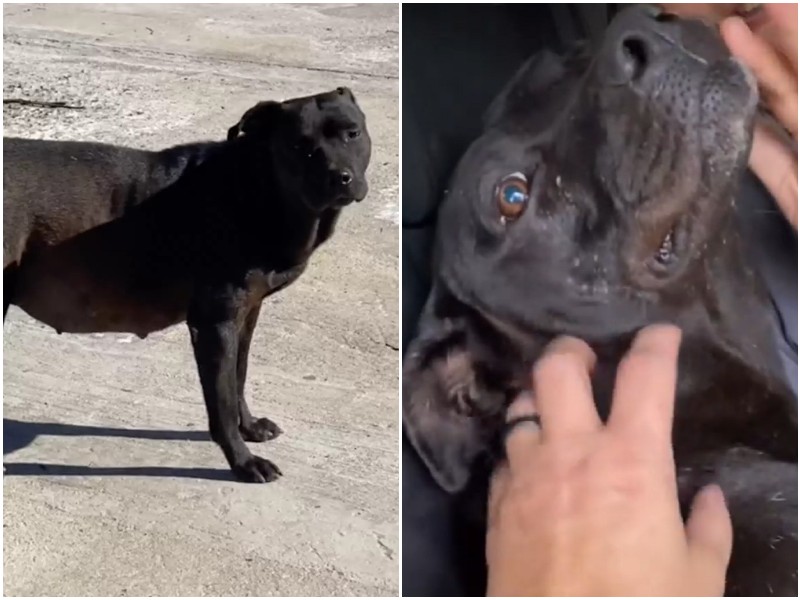 An American woman drove into a car-diner, when she suddenly noticed an observer – a black stray dog. She immediately saw that the dog has a rounded belly, and she really wants to eat.

Last week, American Jax Anderson drove into a car-diner with a friend, when suddenly they noticed an observer. It was a black stray dog that modestly looked at them from afar, but was afraid to approach. 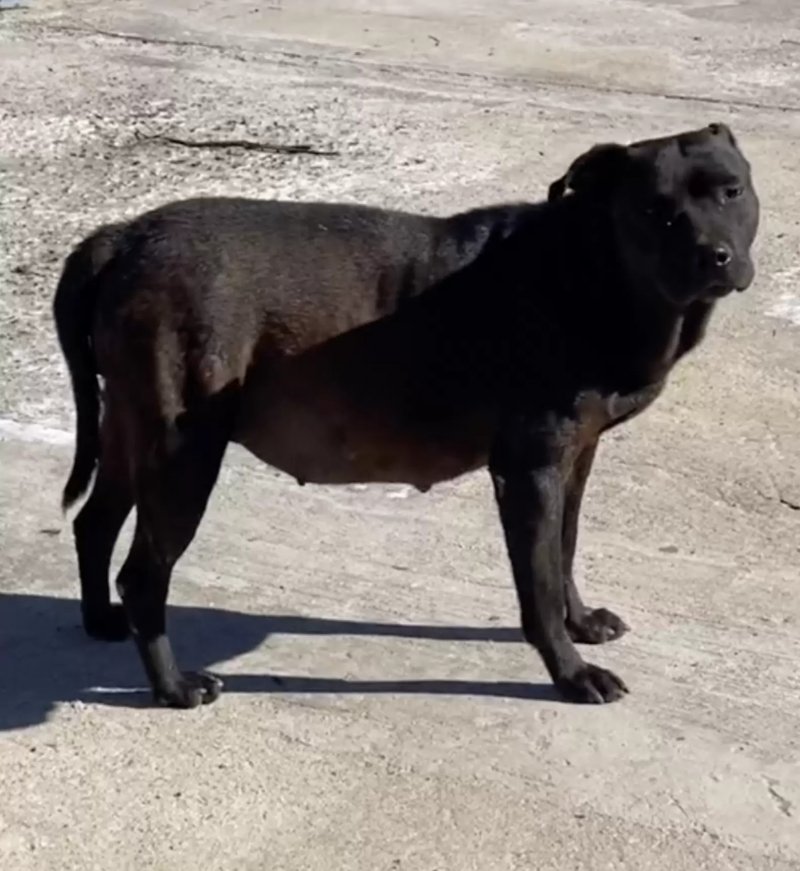 They immediately noticed that the dog had a rounded belly, and decided to feed her. As she got closer, Jax saw the scars on the dog’s body and realized why she was so afraid of people.. After that, the women decided to take the dog with them to help. 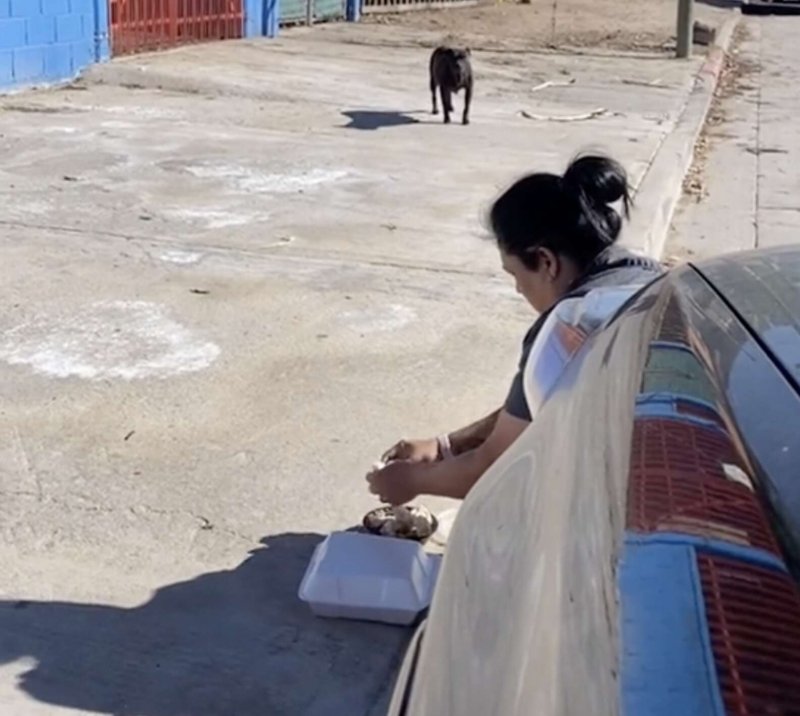 They managed to gain the dog’s trust, and they put her in their car. Despite the excitement, the dog seemed to be very happy and grateful for the rescue – she seemed to be smiling on the way home. Jax gave the dog a nickname – Poppy. 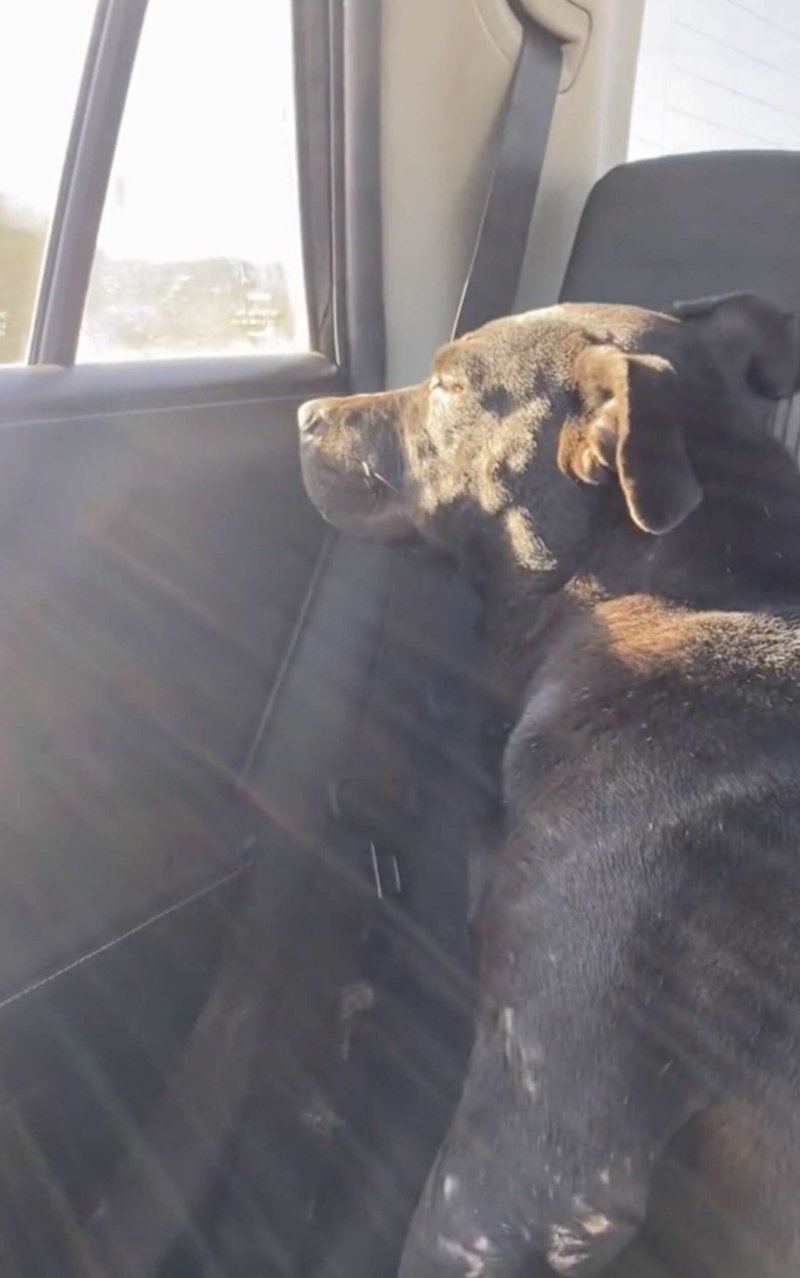 Then Jax took the dog to the vet, where she was prescribed treatment for parasites. Then Poppy ended up at the woman’s house. “The first couple of days she was afraid, and she didn’t leave my side. She slept next to me all the time, but after a few days she discovered the sofa and became more active,” says Jax. 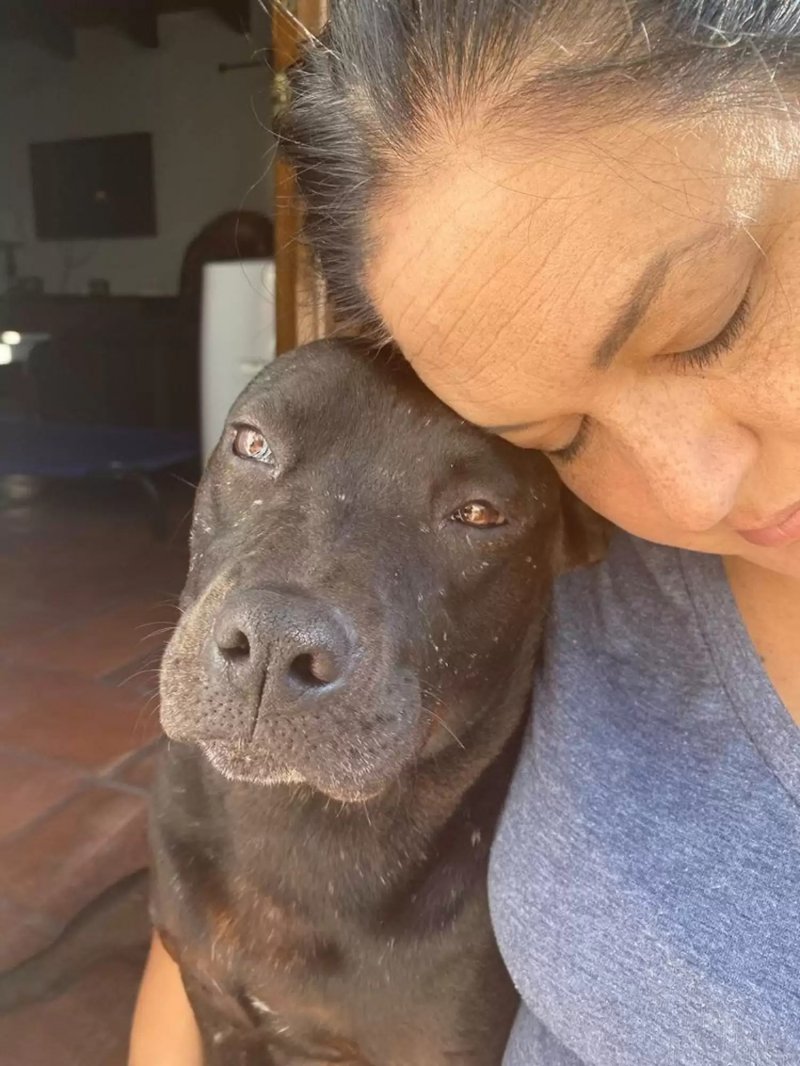 Poppy turned out to be a very affectionate, sweet girl – and Jax is sure that she will soon become a wonderful mom. When the woman took the dog, she thought that she would keep the animal only for temporary care, but during these days she became very attached to the dog – and decided to keep the future mother with her forever! 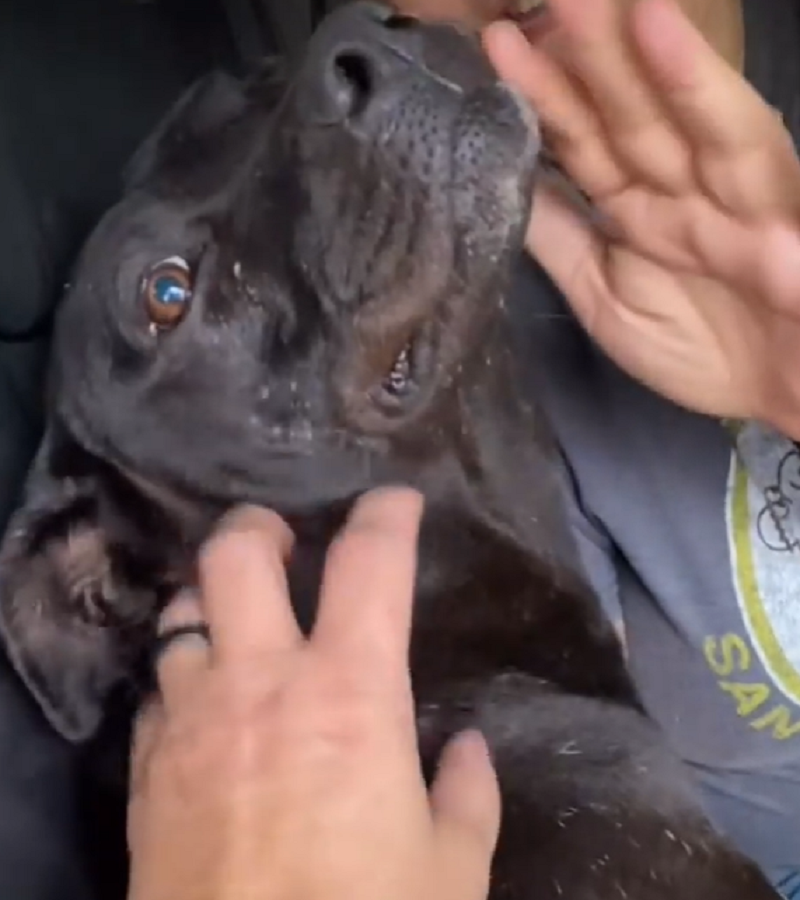 When Poppy gives birth to puppies, the woman will take care of them, and then find owners for them. In the meantime, the happy dog is very grateful to the kind people who gave her and her puppies a new life!