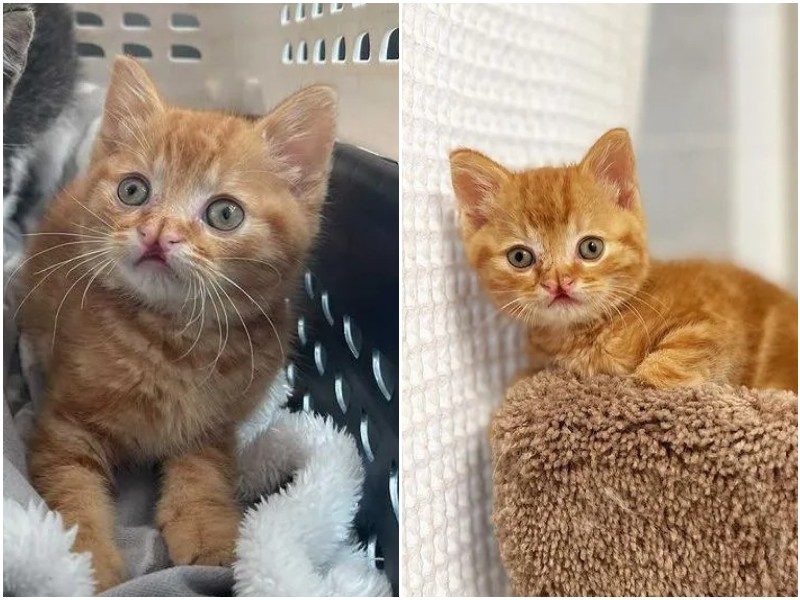 A little ginger kitten with developmental disabilities wandered the cold streets alone, trying to find food. Passersby walked past it, and only one family could not see this sad picture.

A family in Texas spotted this kitten all alone in the street. They immediately saw that the kitten was special – it looked like it had a split nose. As it turned out, it was a congenital deformity. Seeing this wonderful creature, they could not leave it to freeze in the street. 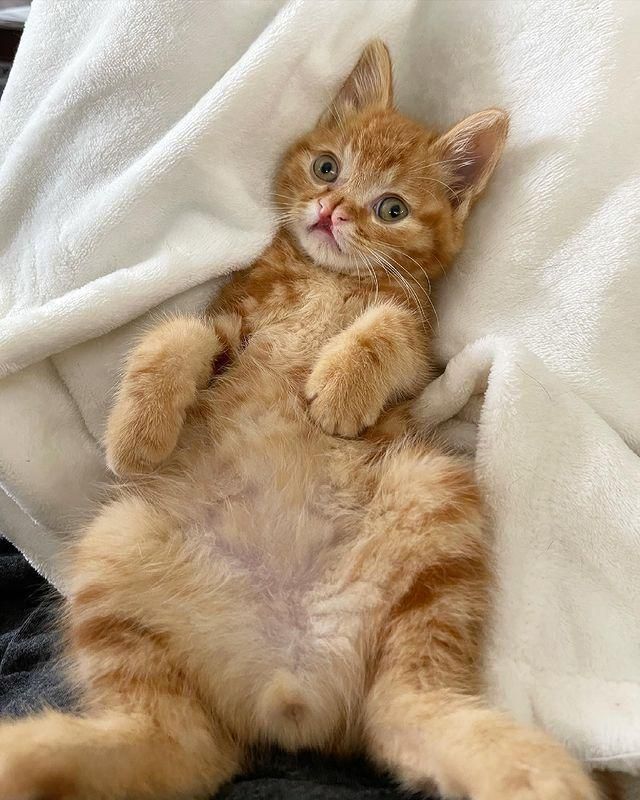 They contacted Murphy’s Safe Haven, a local rescue center, whose staff immediately went to take the kitten. They gave the kitten the name Theodore and examined it. In addition to a cleft snout, it was found to have hydrocephalus, an accumulation of fluid in the brain. 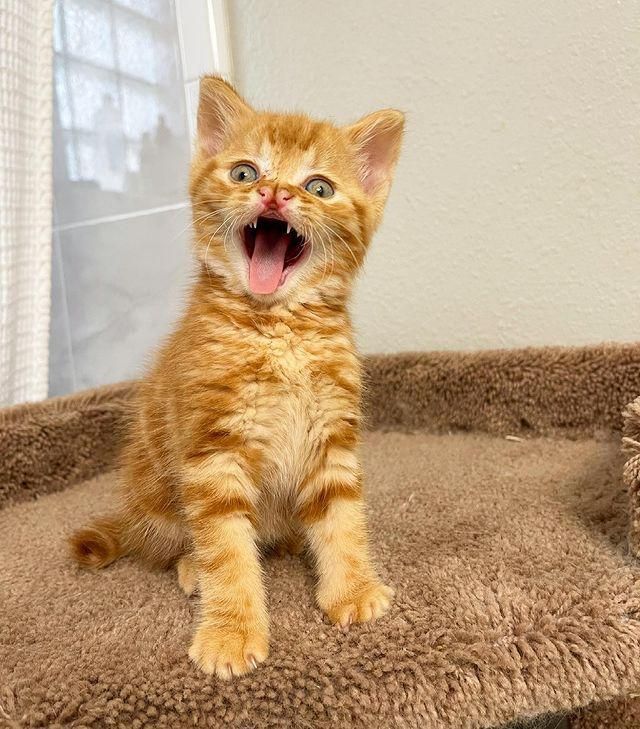 The staff took care of the baby’s health, and within a few days the kitten was visibly cheerful. Since Theodore spent the first months of its life on the street, it was afraid of people, but it quickly got used to it and trusted its guardians. 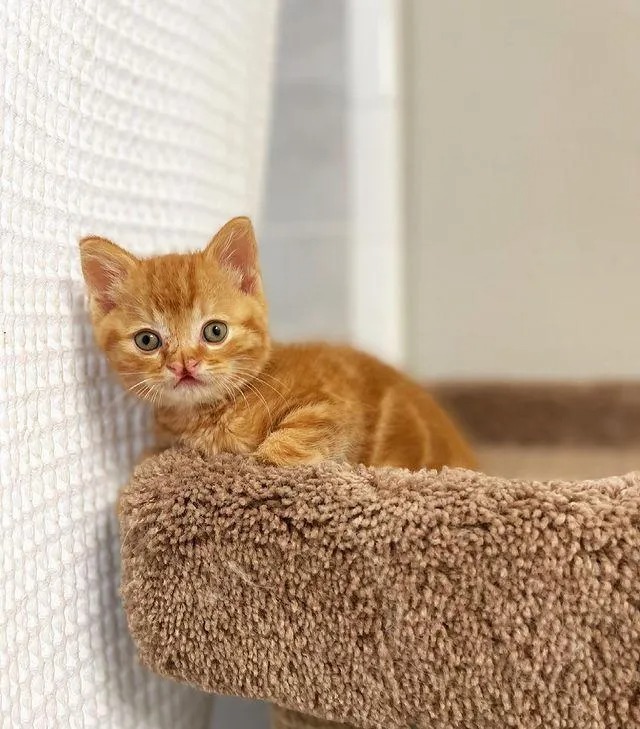 Later, a volunteer named Audrey took the kitten home with her. In its new home, Theodore really relaxed: it was always running, playing, fooling around. This ball of energy and love was unstoppable. That’s when Audrey decided Theodore definitely needed a fooling around partner. 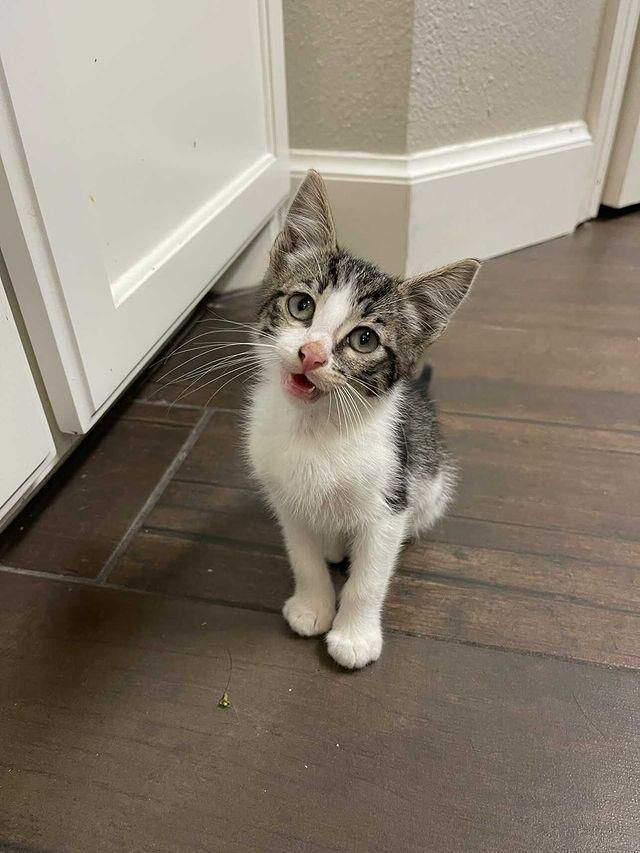 At the same time, an abandoned street kitten with a similar fate was brought to the shelter. The baby, named Tiny, was the same age, and also needed support. They decided to place the kittens together, and they did not regret it! 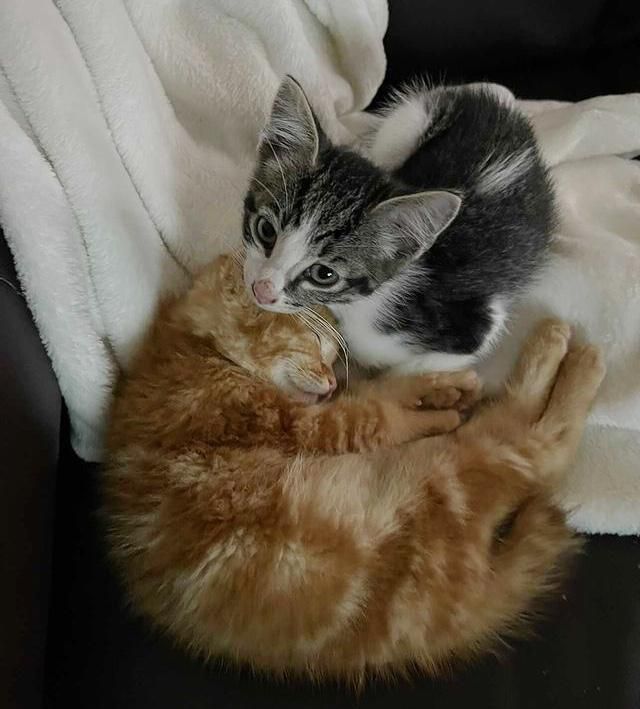 The two became friends from day one, and they’ve spent all their time together ever since. They were as inseparable as brothers and became very attached to each other. Tiny was a little older, so it often took care of its friend by licking it or watching it sleep. 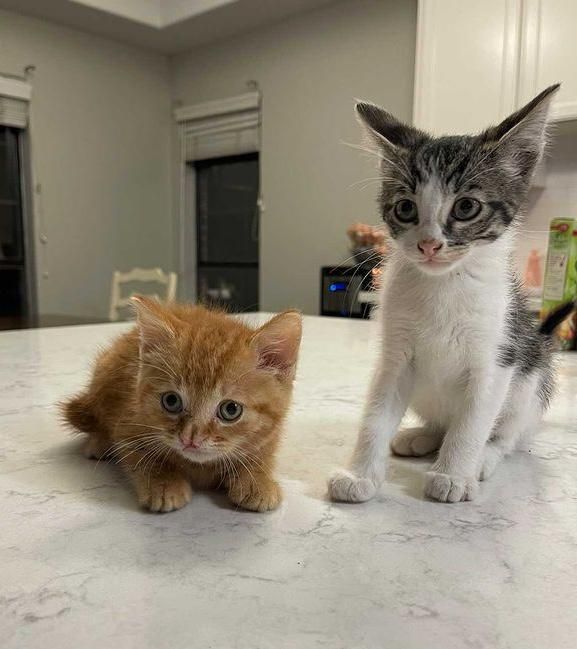 Next to it, Theodore is transformed, becoming even braver and forgetting that it has any peculiarities at all. Theodore is growing up like a regular cat, enjoying life every day. 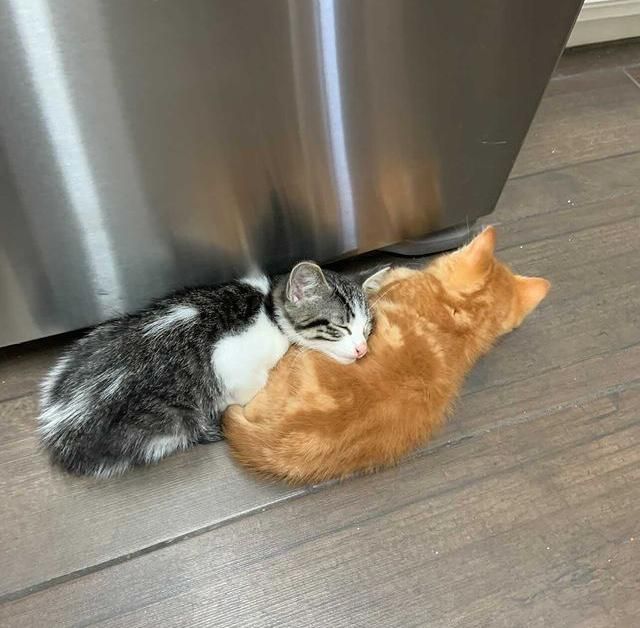 When the kittens are a little older, volunteers will start looking for owners for them. The guardian has decided that since they are incredibly attached to each other, they will only be given to a new family together! 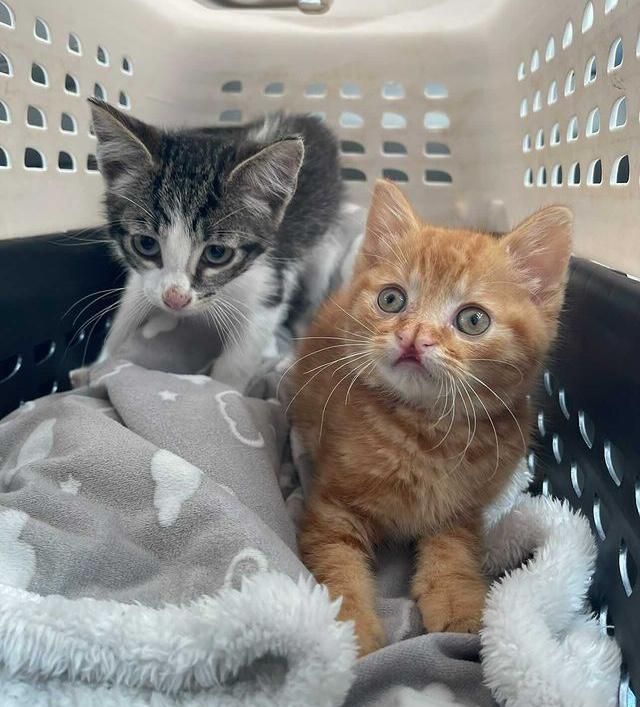