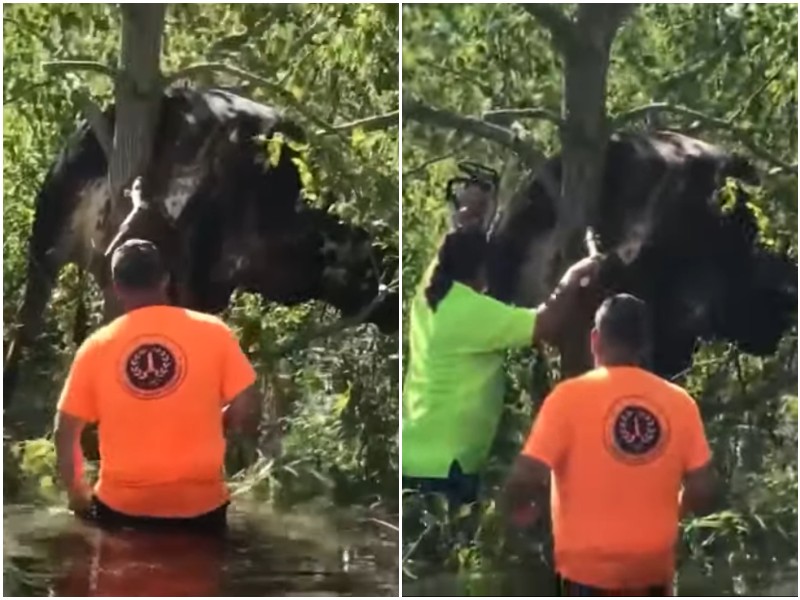 Hurricane Ida raged off the US coast in September 2021. In addition to buildings, roads and people, unfortunately, animals were also affected by the hurricane. Many of them found themselves in difficult situations due to the violence of the elements – this happened with this cow.

This cow was spotted during Hurricane Ida, which hit the coast of Louisiana. Then the wind speed reached 240 km / h, and heavy rains led to floods. 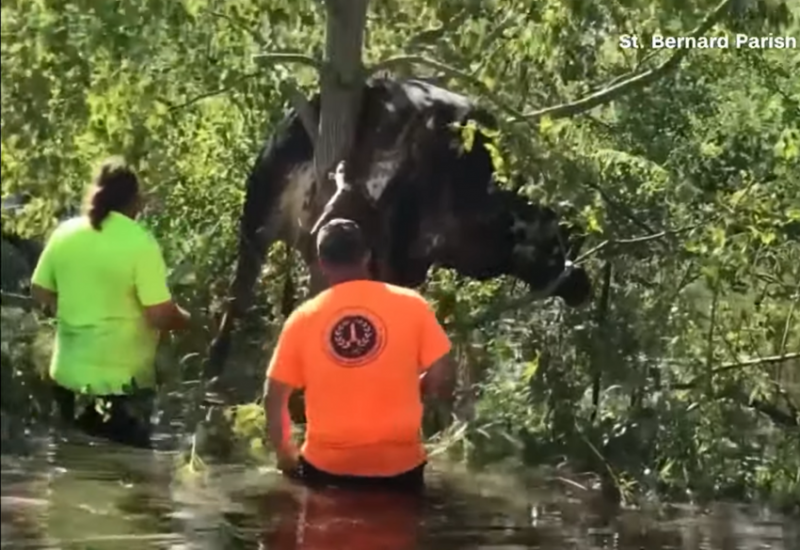 The cow got stuck in a tree because of the flood and ended up in a hopeless trap. No matter how the animal tried to move, it was very difficult for it. Fortunately, there were caring people nearby – two men helped it and cut the branches of the tree with a chainsaw. 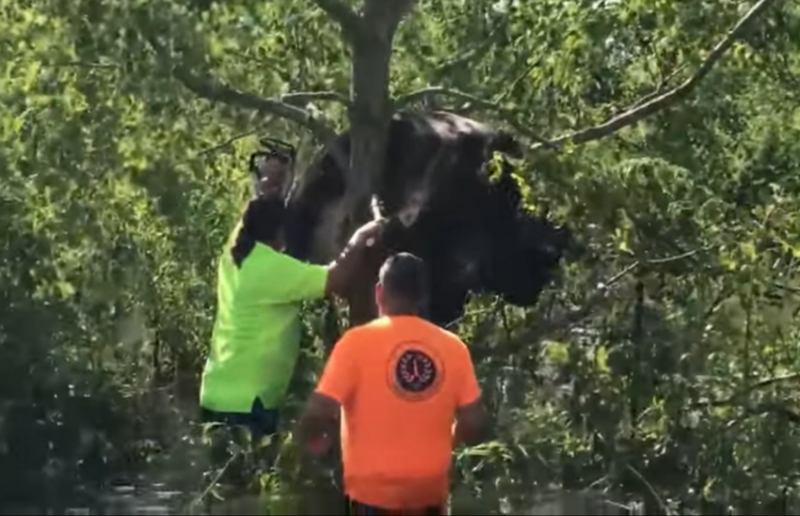 After a complicated rescue process, the cow was safe. In addition to this cow, people had to save many more lives of animals that were in a difficult situation due to the effects of the hurricane. 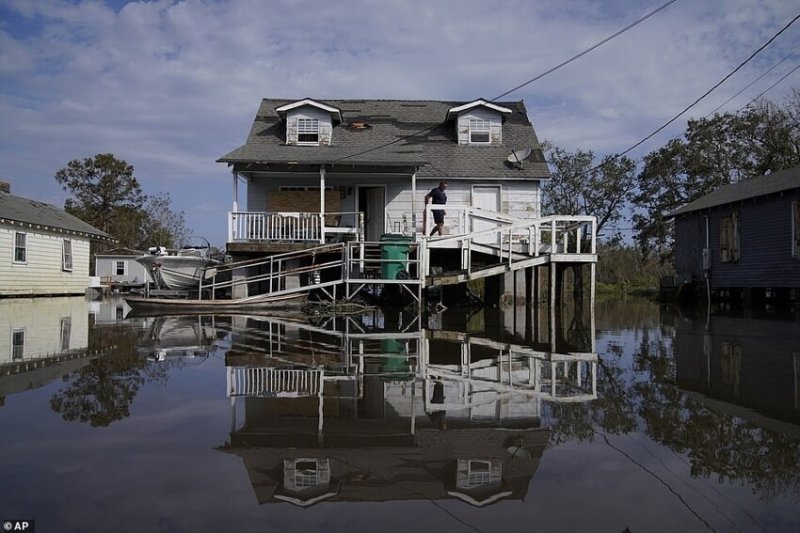 Hurricane Ida left millions of Louisiana residents without clean water and electricity, which will take three weeks to recover. Due to strong winds, the Mississippi River temporarily changed its course – this was last observed only during Hurricane Katrina in 2005. 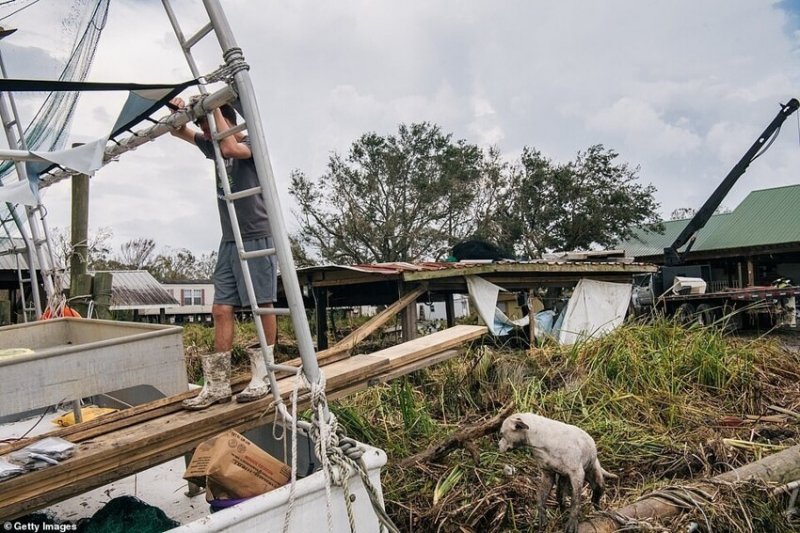 The process of rescuing a cow