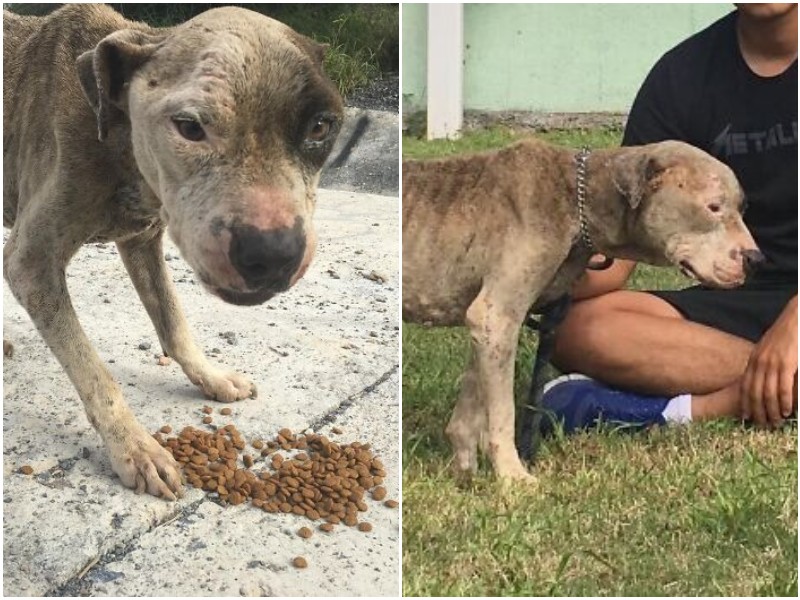 This emaciated poor creature was spotted lying on a pile of rubbish on the riverbank. The people who cared couldn’t get past the sad creature and decided they had to help.

The emaciated pit bull was seen on a riverbank in Nuevo Leon, Mexico. The weak and scrawny dog was lying on a pile of rubbish, covered in fleas and looking very sad. But it was a lucky dog. People who cared paid attention to it – they fed and gave water to it, and decided to take it to a clinic. 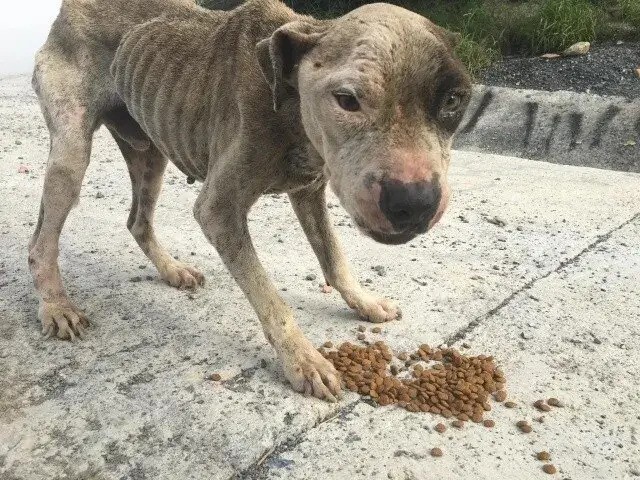 The dog was taken to the local veterinary clinic, DELKA, where it was welcomed and started to recover. The dog was given the name Coco, and has embarked on the difficult road to recovery. It was found out that Coco had been abandoned by its careless owners, who had neglected it and had thrown it out on the street. 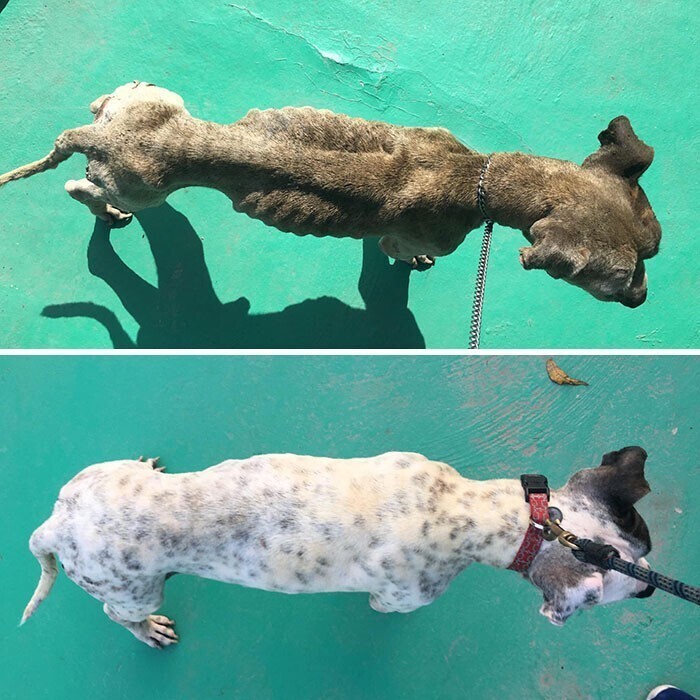 But now, for the first time in a long time, Coco felt what it was like to be loved. At the clinic they fattened it up, restored its weight, skin and fur, and gave it medication to support its body. The staff did everything they could to make sure it recovered as quickly as possible, and also to help it learn to trust people. Although it was very kind to everyone, it was difficult for it to trust strangers. 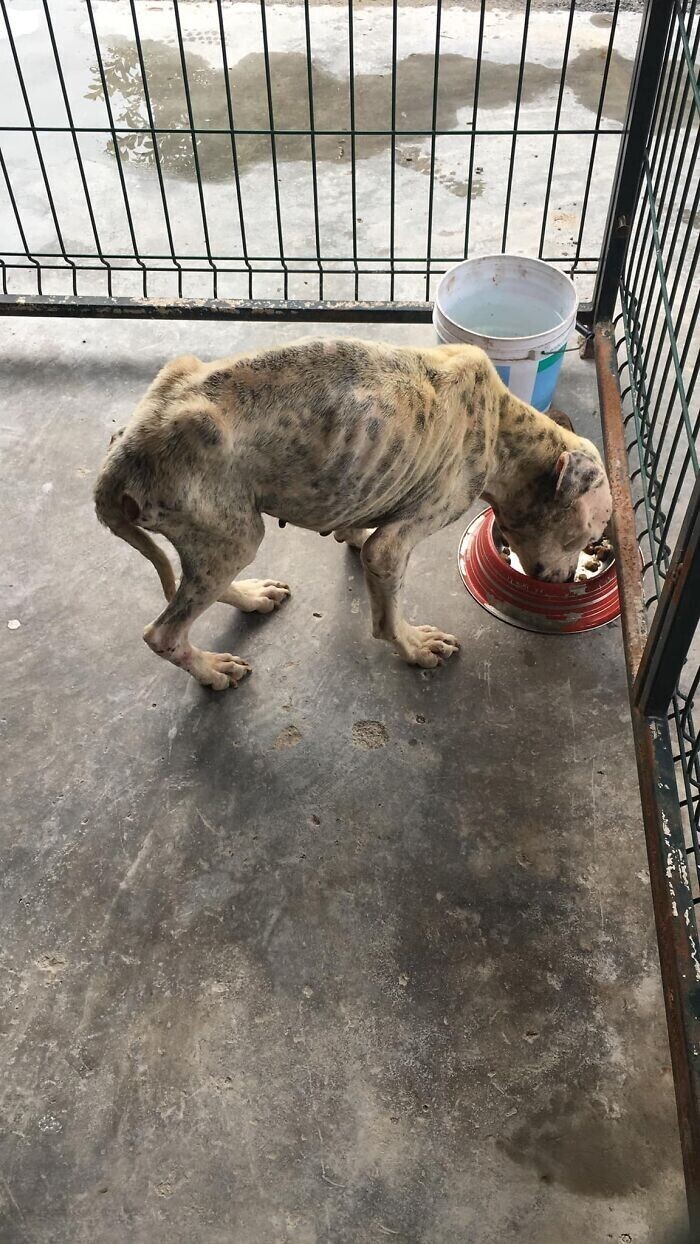 Coco’s recovery process was long but effective – within a month it was visibly transformed, its healthy fur had grown back, and it had gained weight. Compared to the first day, they were two different dogs. After a while, Coco found an owner – it was taken in by an employee who had been caring for it the whole time.

Coco now has a large, loving family. It is almost completely healthy, but its owner continues to give it some medicine to help it recover. Coco is happy – and can’t stop thanking its new family for that. Thank you for the rescue! 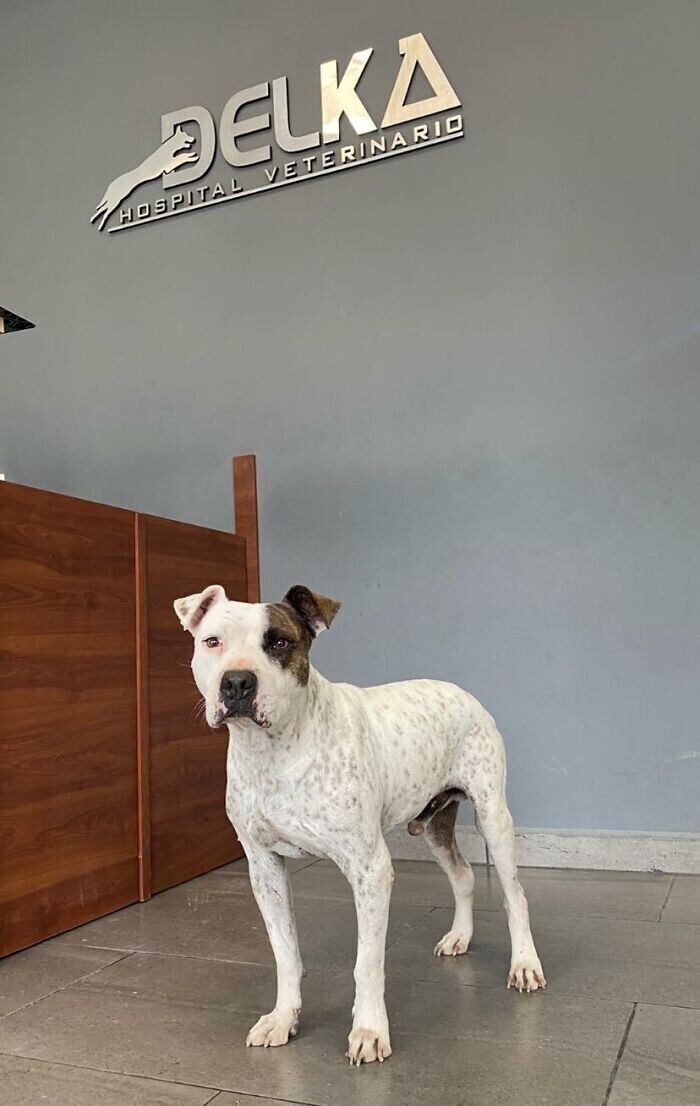