Passers-by accidentally noticed this cat on the street. She had a big rounded belly, and it seemed that she was about to give birth. People immediately decided to help the future mother. 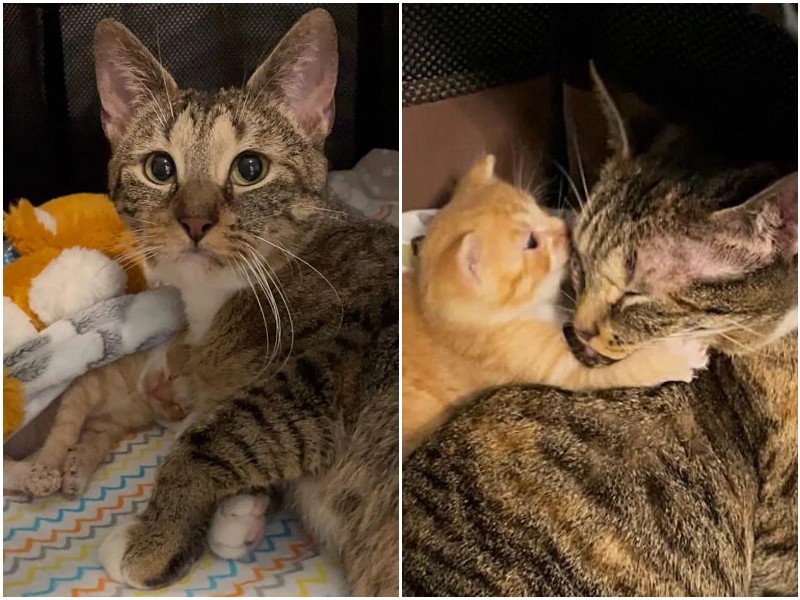 Recently, residents of the city of Indianapolis in the USA picked up a pregnant cat on the street. She had a big belly, and she was going to give birth very soon, so people immediately took her to the local shelter IndyHumane, where the expectant mom was gladly accepted. 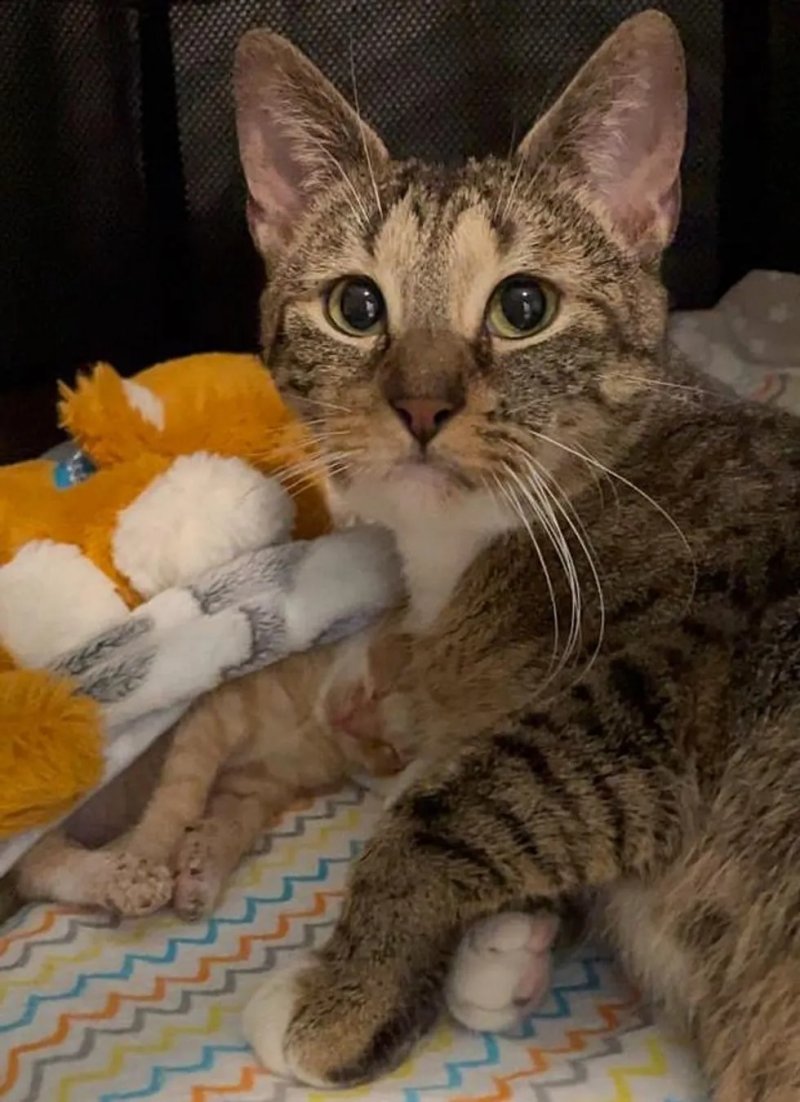 The cat was named Bunny and was taken to a shelter – there she felt safe. Literally the next day she gave birth to several kittens – but unfortunately, only one of them survived. The cat gave him all her love and care. 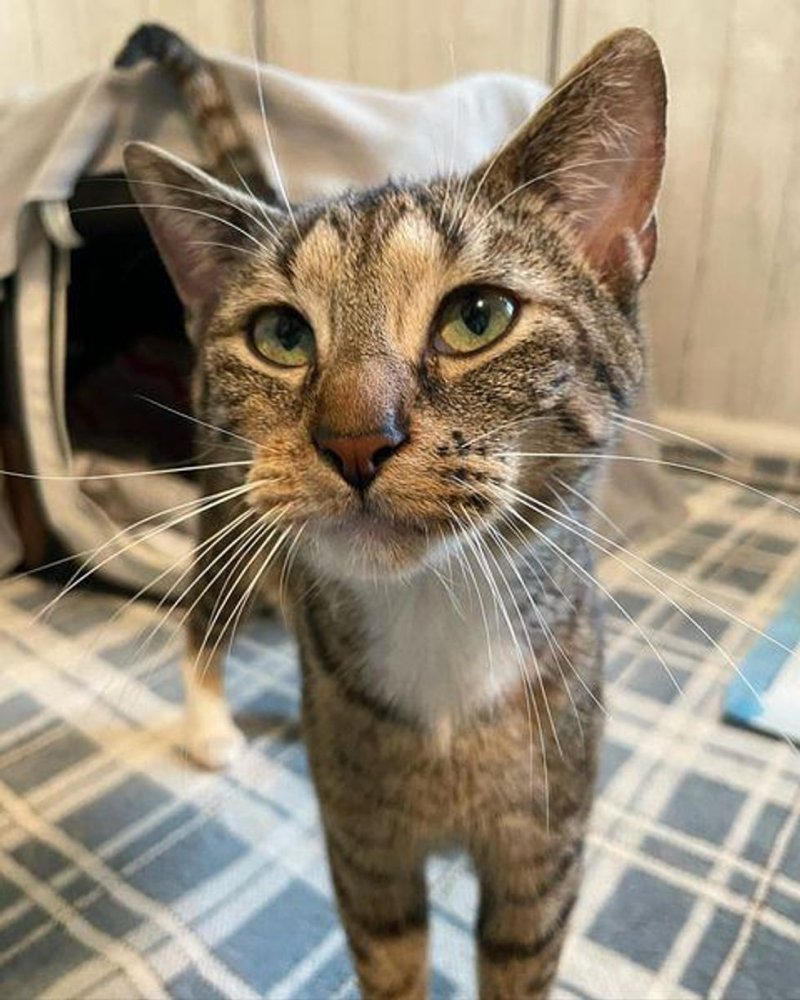 A couple of days after giving birth, Bunny had an infection – she lost her appetite, and she had almost no milk. The volunteers of the shelter did everything to restore her health as soon as possible and took care of the kitten. The kid got the nickname Dash and turned out to be a strong boy. 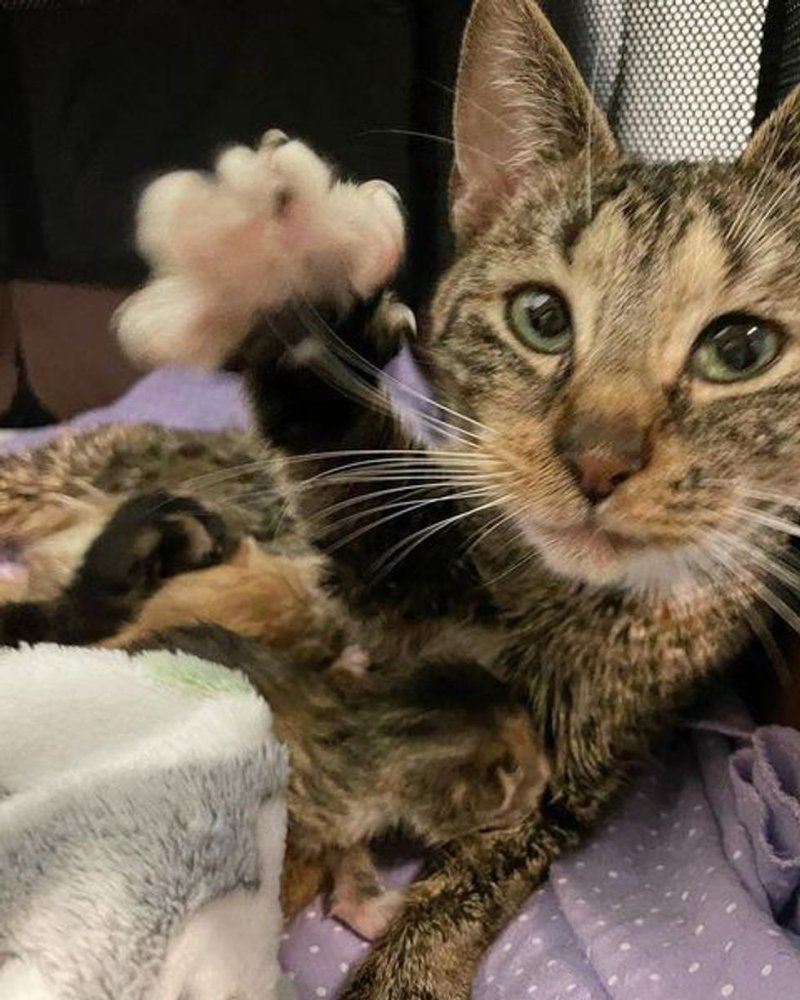 A few days later, Bunny recovered and returned to feeding her baby, which he was extremely happy about. She turned out to be a very caring mom: “Bunny is an attentive mom. Every time her baby tries to crawl away, she starts licking him and giving him attention. She is young, and it was her first birth in her life,” says the guardian. 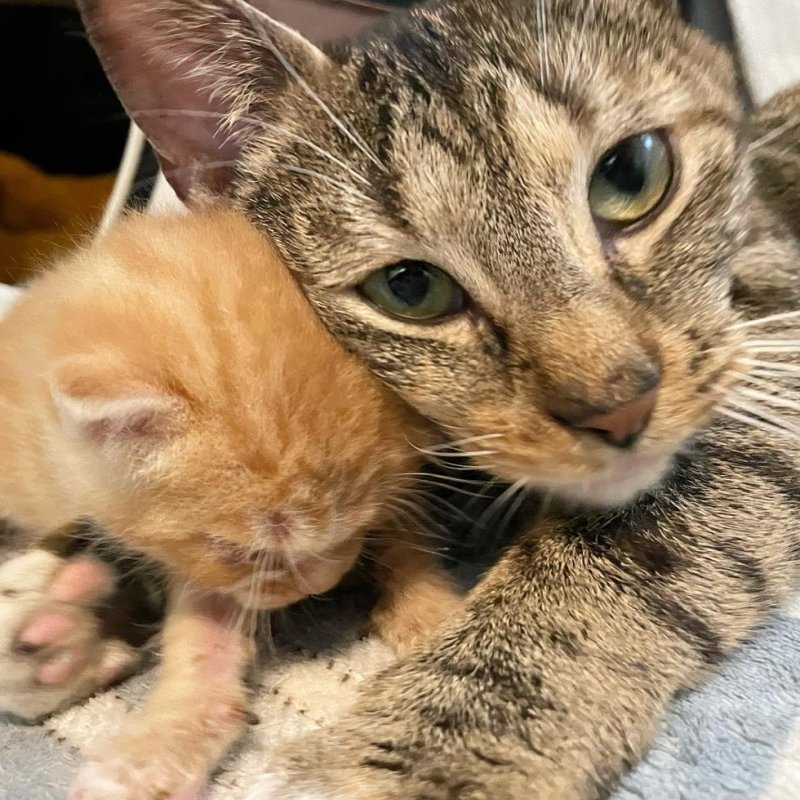 When the kitten grew up and became more independent, Bunny had time for herself – she began to play a lot, and explore the house, but of course, she did not stop watching her child. When the baby grows up enough, they will find permanent homes for him, as well as for Bunny! 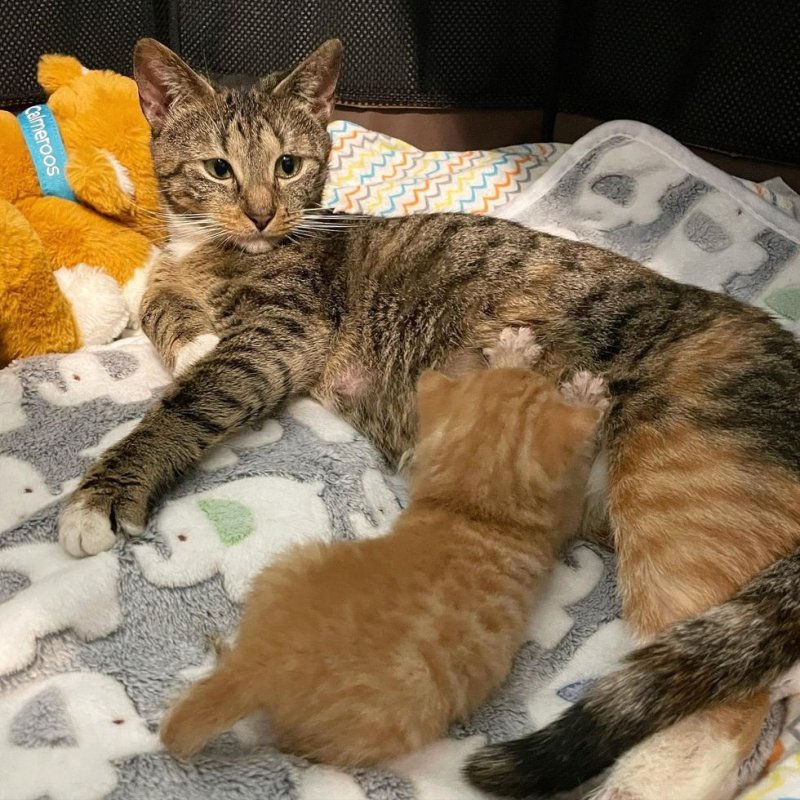 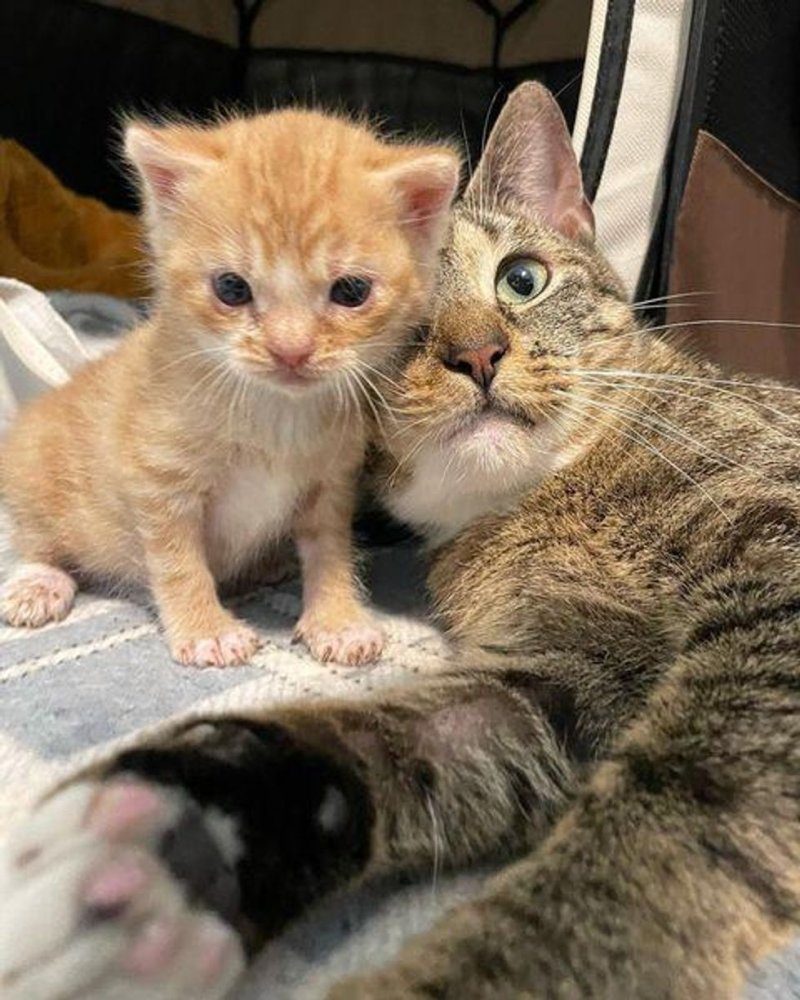 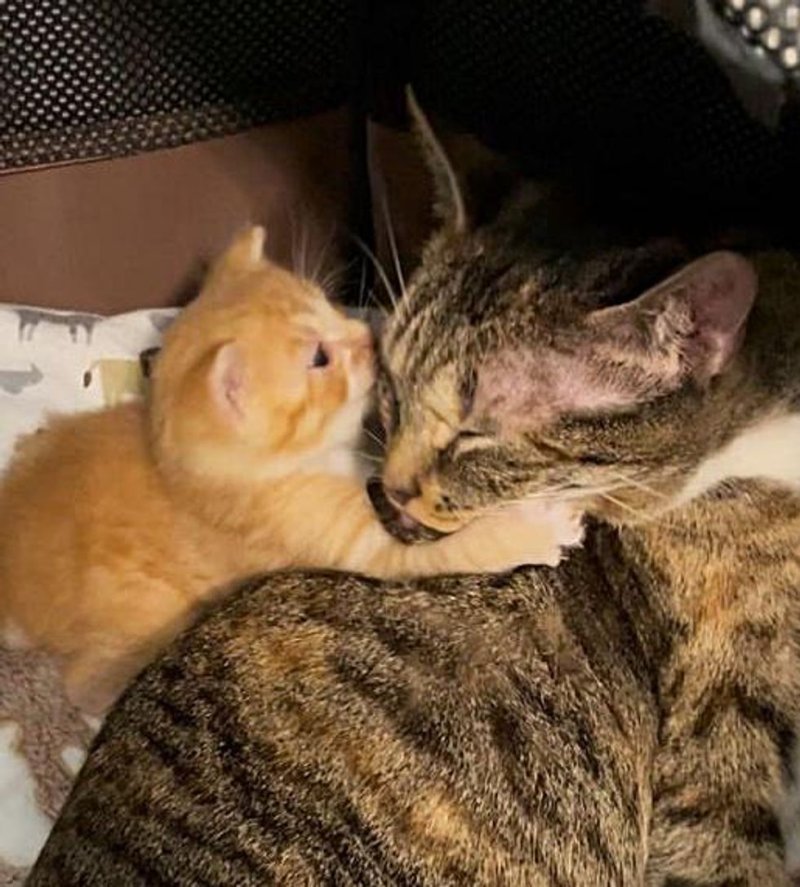 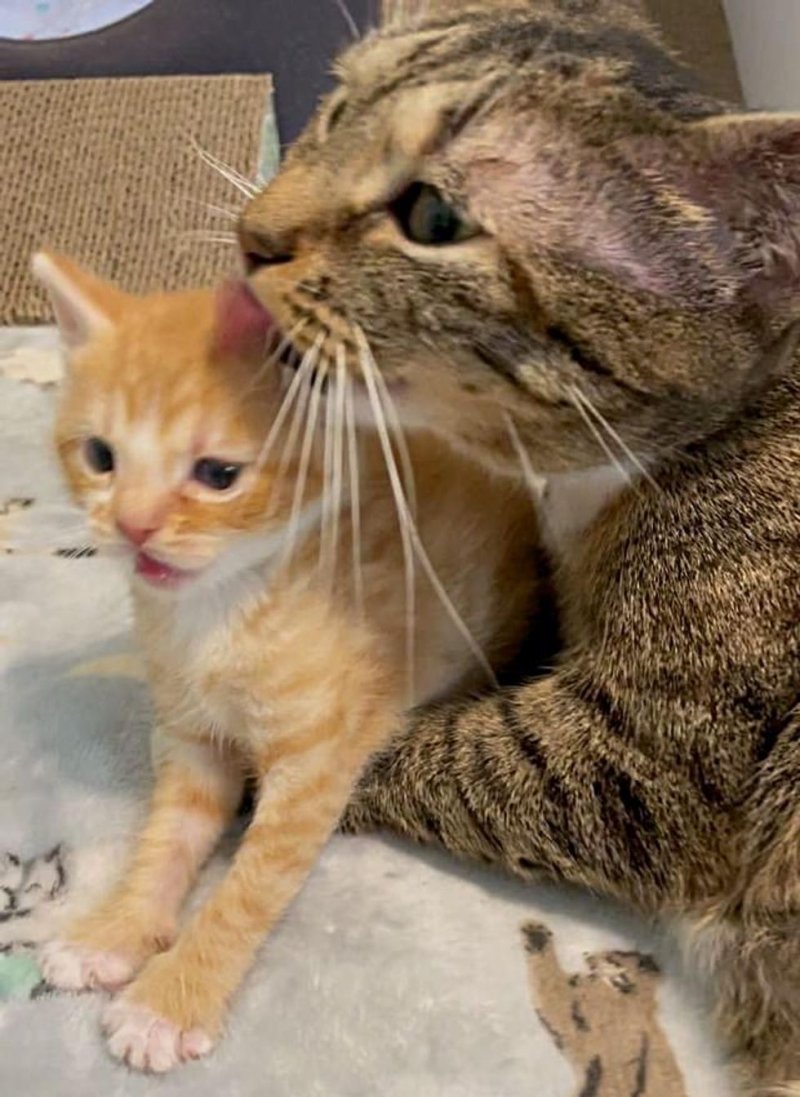 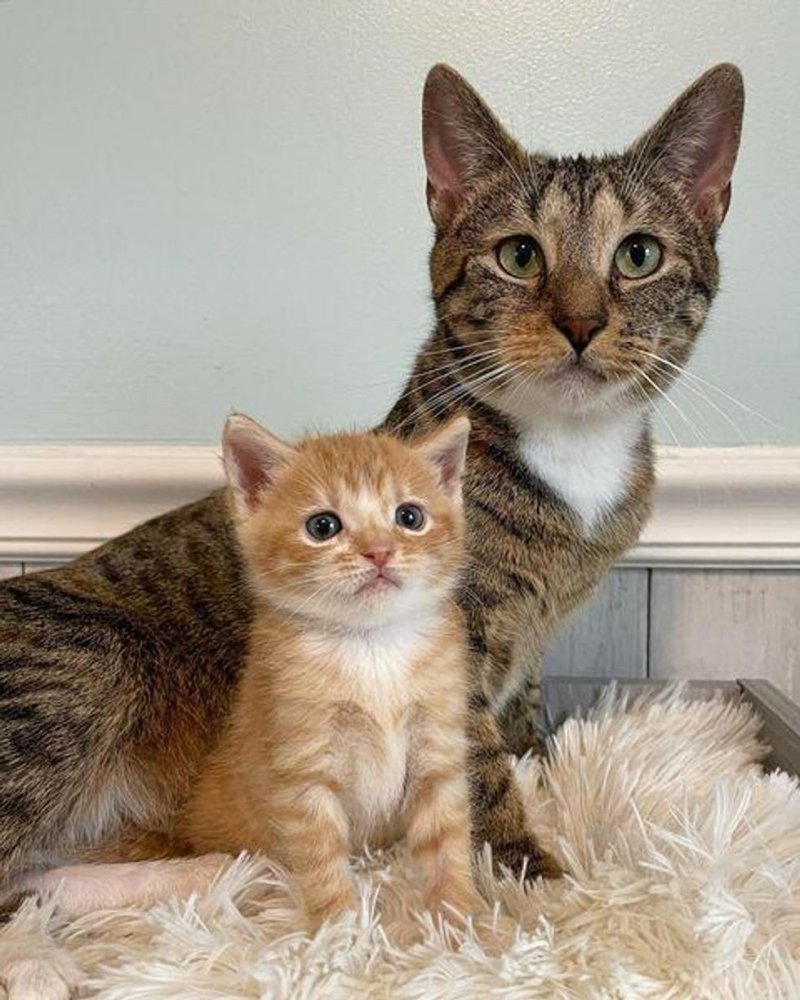