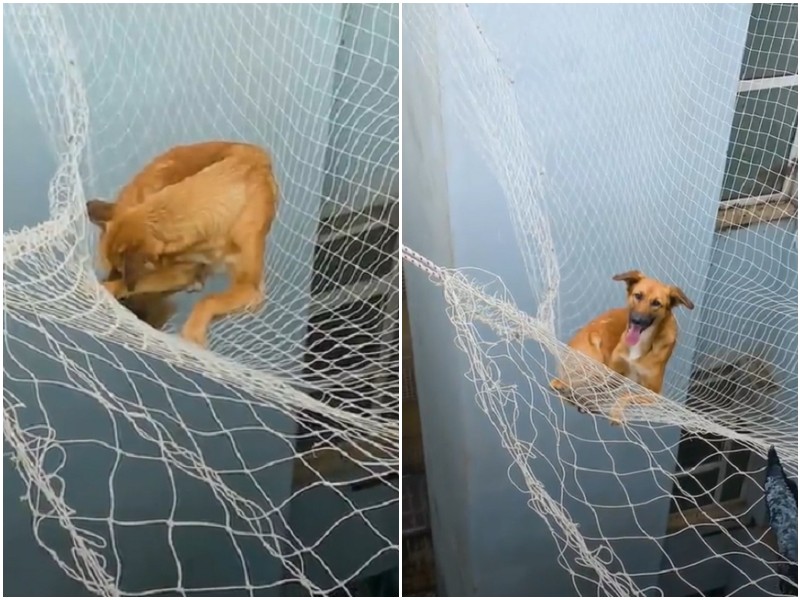 Residents noticed a dog stuck in a grid between houses at a height of about six floors. Apparently, the poor little dog climbed there out of curiosity, but getting back out was already a problem. The restless dog was afraid to move and just waited for help.

Residents of Israel noticed this dog on the bird net between the houses. Apparently, the poor dog got there out of curiosity or chasing a bird – but it was difficult to get back out. The dog was hanging in a net at a high altitude of six floors, trembling with fear and afraid to move. 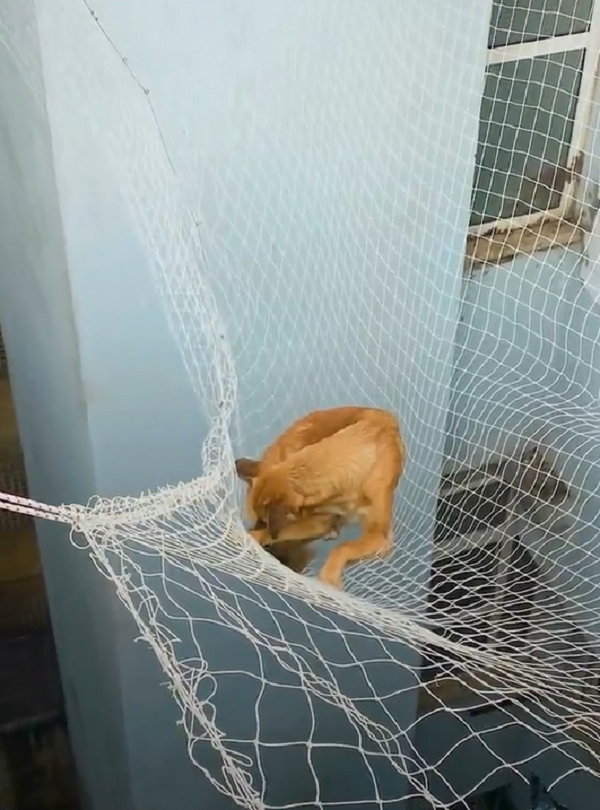 When the neighbors called the owner by the name of Ella, she was shocked. She was very worried about her pet named Bili. “When I saw Bili on the net, I thought I was going to faint. I was afraid that she would fall and I would lose her forever,” says the owner. 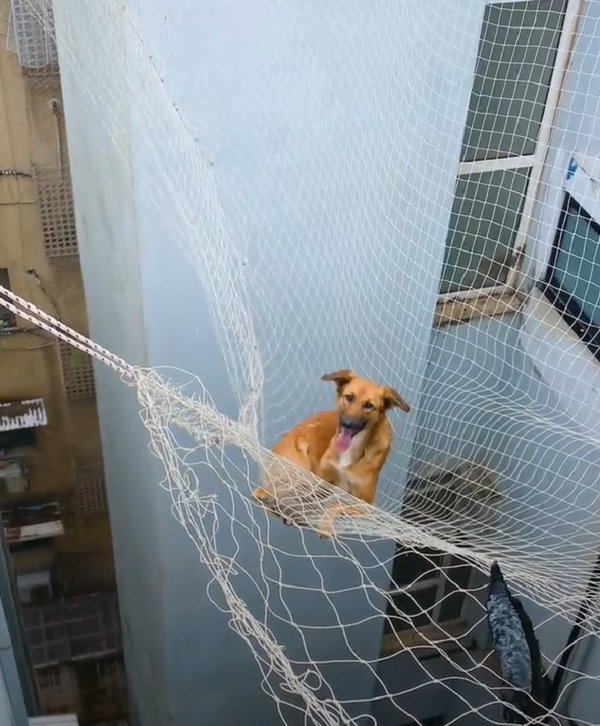 The owner and neighbors called the fire department to ask for help. At first, the firefighters refused, saying that it was not their job, but eventually volunteered to save the dog. While the firefighters were driving, all the people were worried about Billy – but the dog remained surprisingly calm, not even moving. 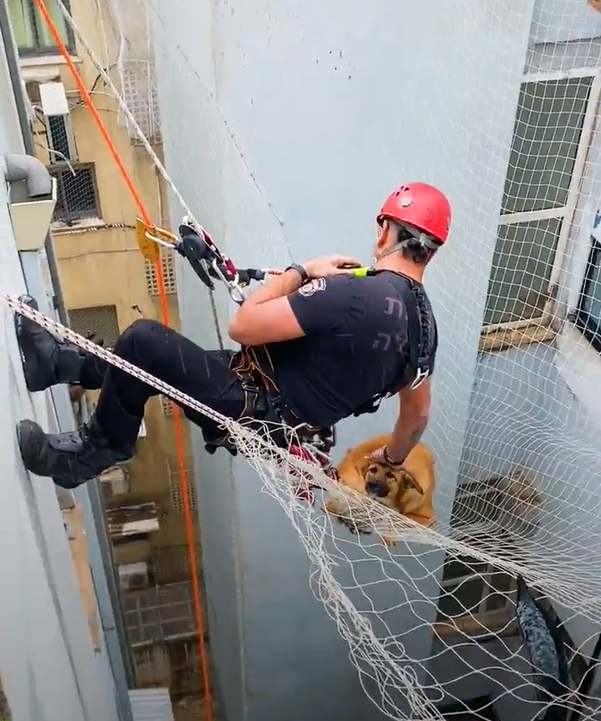 “Bili doesn’t really like people, so I was afraid she would bite the fireman, but she was very calm, and even let him pet her,” says the owner. One of the firefighters went down to the dog on special cables, and after a while, he managed to pull Bili out with him. She was free! 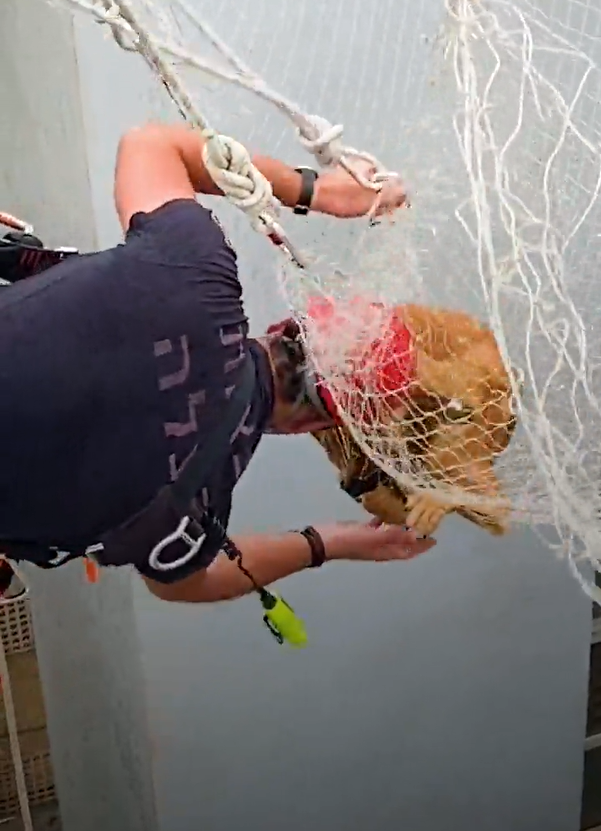 Ella couldn’t believe it, and burst into tears, hugging her pet. She spent the next day hugging her-although Bili seemed only too happy about such an adventure. “We’ve been calming each other down all day. Although I may have been under more stress. She is my best friend, and I love her immensely,” says the owner. 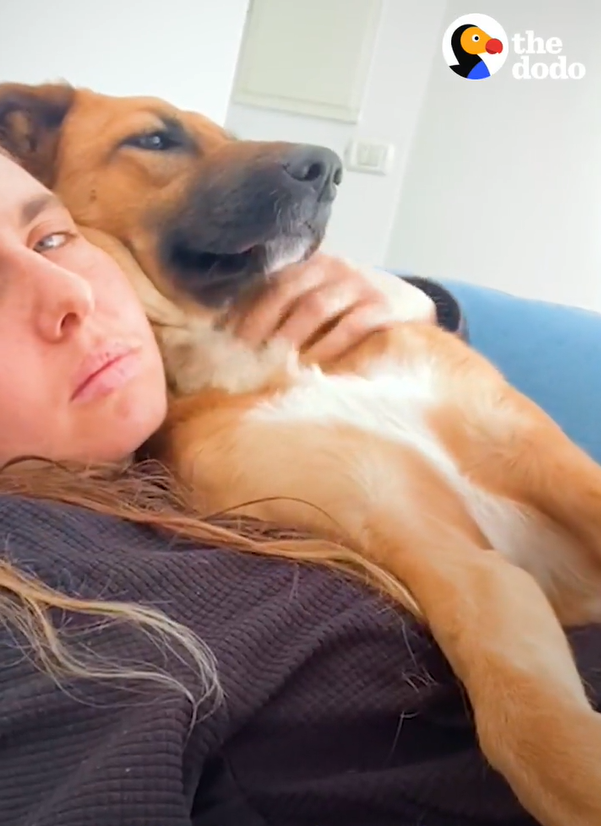