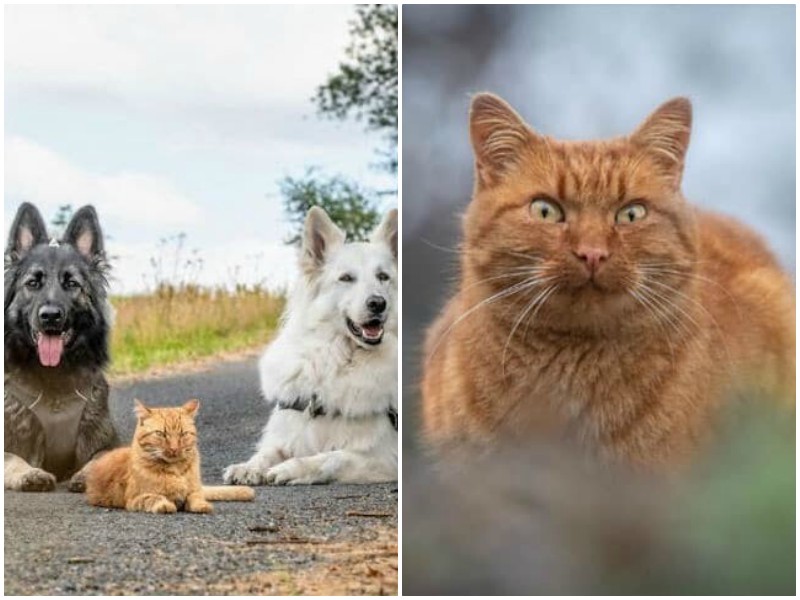 The couple picked up an injured street cat on the road and decided to take it with them. They were worried about how the two pet dogs would react to the fluffy cat – but their doubts were allayed in the first moments they met!

A US resident named Natalie and her husband picked up Azmael from the road – he was badly injured and needed urgent help. The couple took Azmael to the vet, hoping he would survive…

Luckily, Azmael recovered, and after treatment, the family decided to take him home with them. The owners were worried about how their dogs, Nimue, an Old German shepherd, and Liam, a white Swiss shepherd, would react to the furry family member. 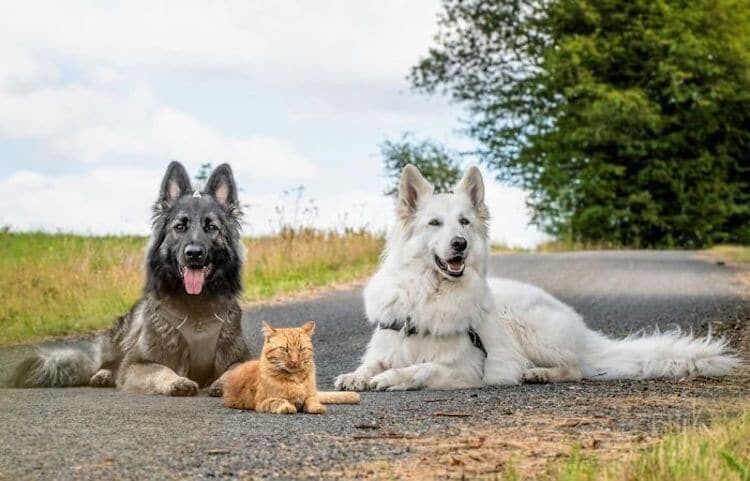 “When Azmael was brought home, he accepted the dogs calmly – especially Liam, our white shepherd, interested him. The dogs didn’t really understand at first whether the creature was food, a guest or a toy – but then they decided it was their new friend,” says the owner, Natalie. 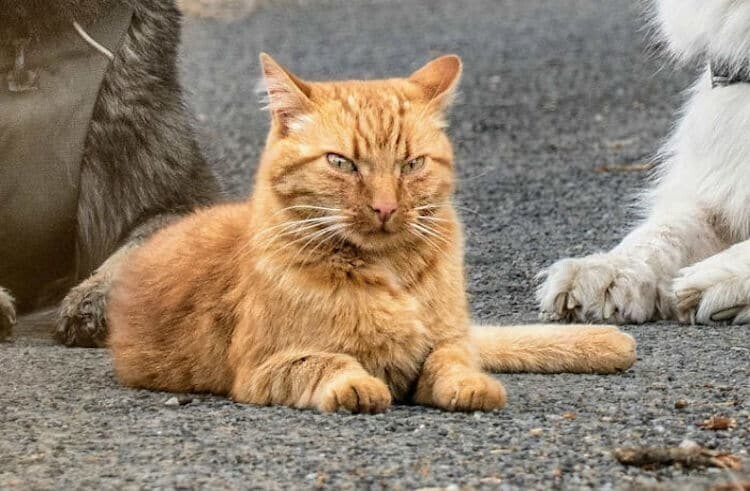 Liam and Azmael immediately developed a warm relationship – they often played and spent time together. Then Nimue joined the company and the three became best friends. Since then, they are almost always inseparable!

Azmael even goes for walks with his furry friends: “Sometimes it feels like we have three dogs. But on walks we keep an eye on Azmael because, for example, he doesn’t pay attention to cars on the road. We always run up to him and pick him up if a car comes near,” says Natalie. 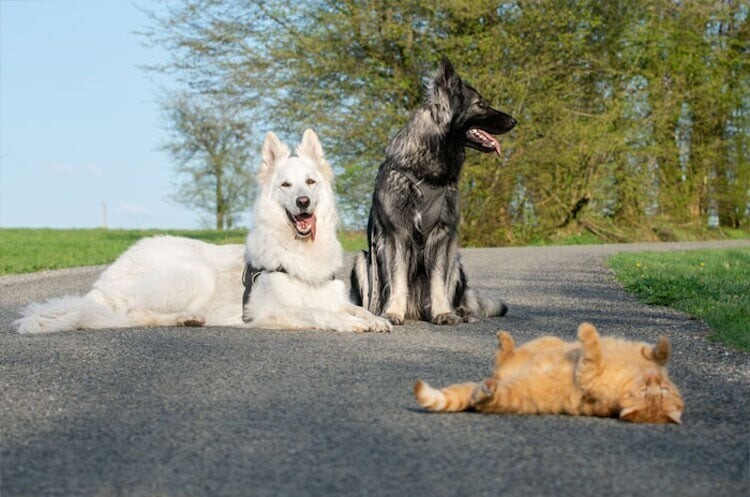