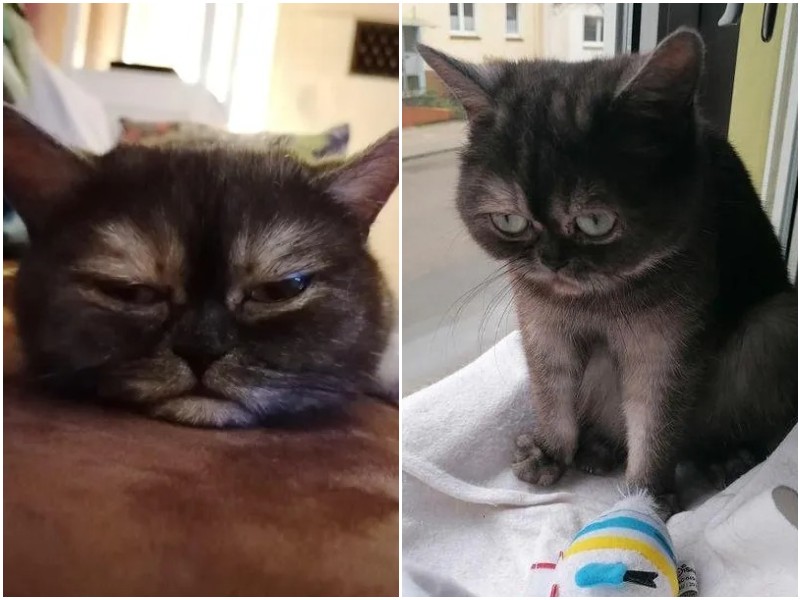 This sullen-faced cat was found all alone in the cold streets. Covered in battle wounds, it stared sadly at passers-by who did not know that behind its sullen appearance there was a gentle soul…

A pussycat with an unusual appearance wandered around a trailer park in Germany. Passers-by shunned it, believing it to be too vicious, but in reality it was just a kitten in need of love. 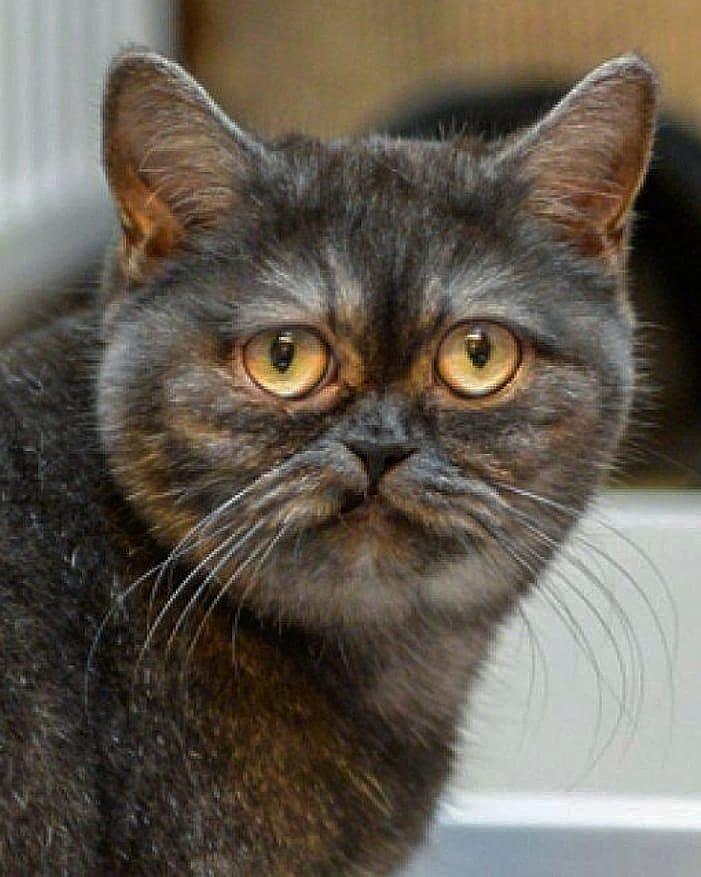 The cat was covered in battle wounds from years of living on the streets. With the arrival of the cold, it was freezing and didn’t know where to look for food. Finally, one of the people did approach it and decided to take it to the vets. 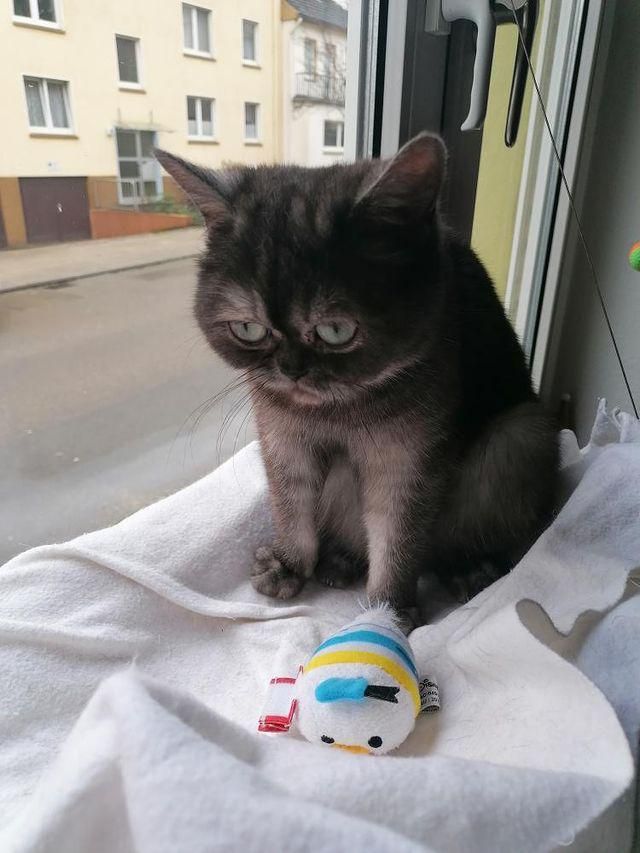 That’s how Bean ended up at the shelter. The cat was examined and found to have many health problems, which were immediately treated. When the cat recovered, they started looking for owners for it, but no one wanted to take it away. 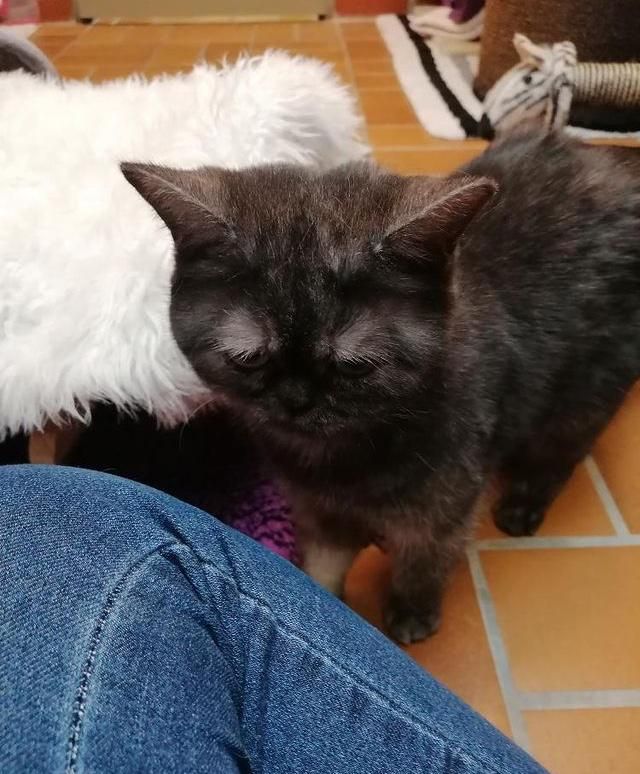 Because of the sullen expression on its face, people also thought the cat was evil. They didn’t know that behind that muzzle was a gentle, sweet and affectionate cat. Bean did turn out to be charming – so you shouldn’t judge a cat by its appearance. 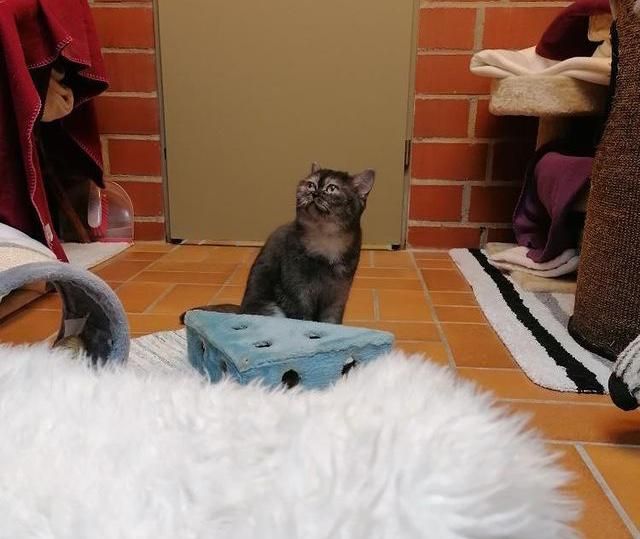 Its uniqueness attracted Francesca. The woman was looking for a pet and was browsing through shelter advertisements online. She saw Bean’s photo, and when she found out that no one wanted to take Bean, she immediately decided to contact the shelter… 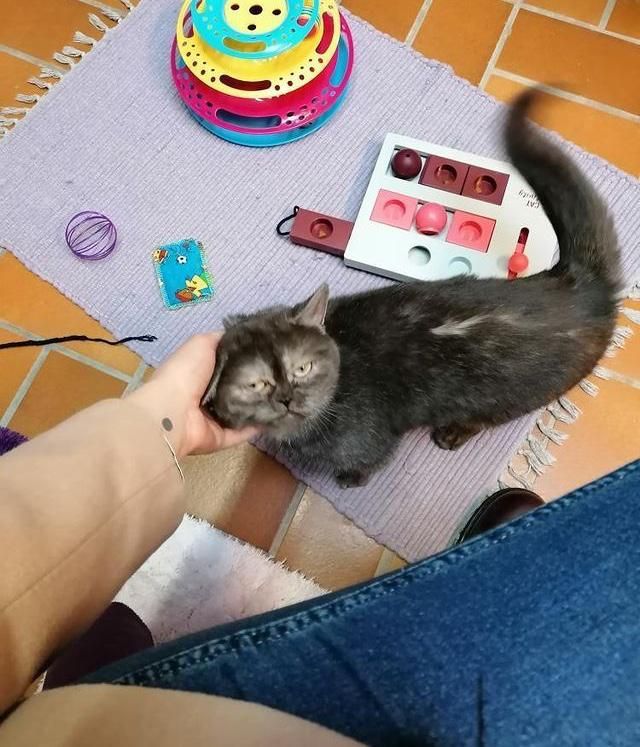 Francesca made an appointment, and the next day she came to meet Bean. As soon as she walked in, the cat came up to her, started purring and rubbing at her feet. It was clear – it was destiny! 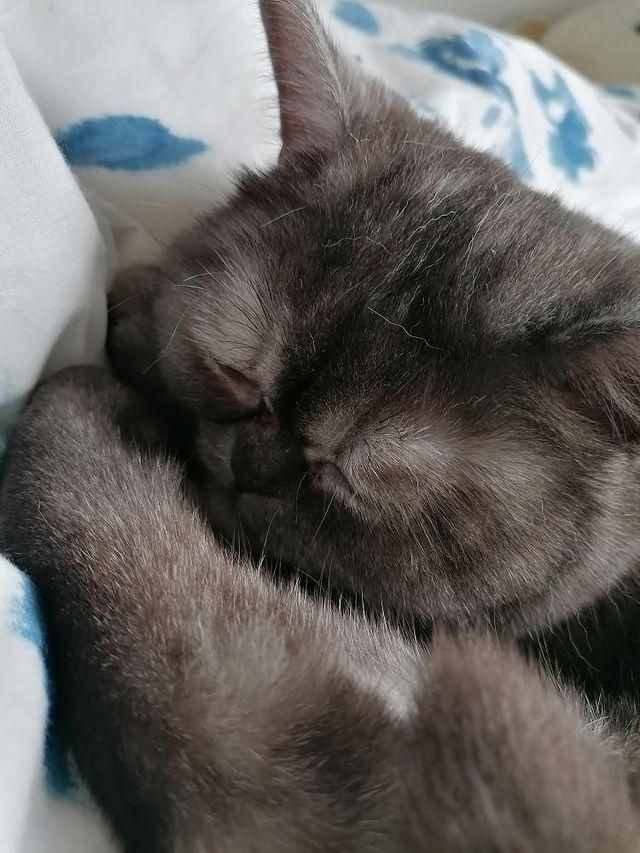 The woman saw only one way out that day – to take Bean with her, because she couldn’t leave Bean behind. This gave Bean a permanent home and a loving owner! 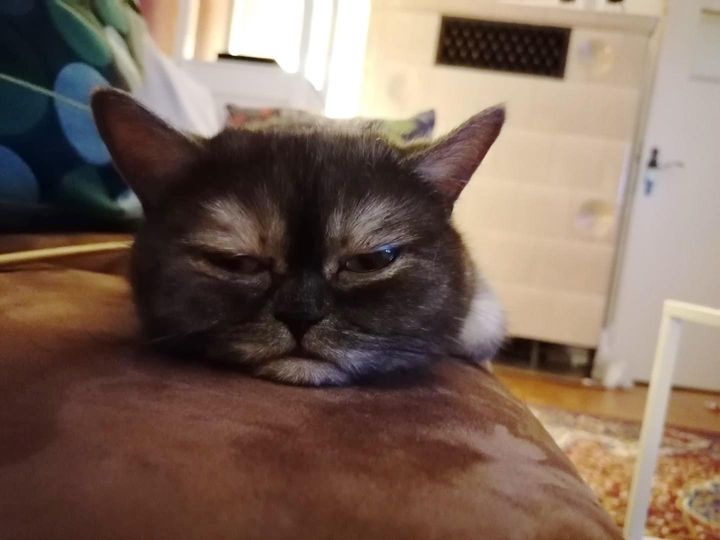 “The cat felt at home in the first seconds. It lay down on the sofa and fell asleep in total bliss. It was so happy and grateful to finally be home,” says Francesca. 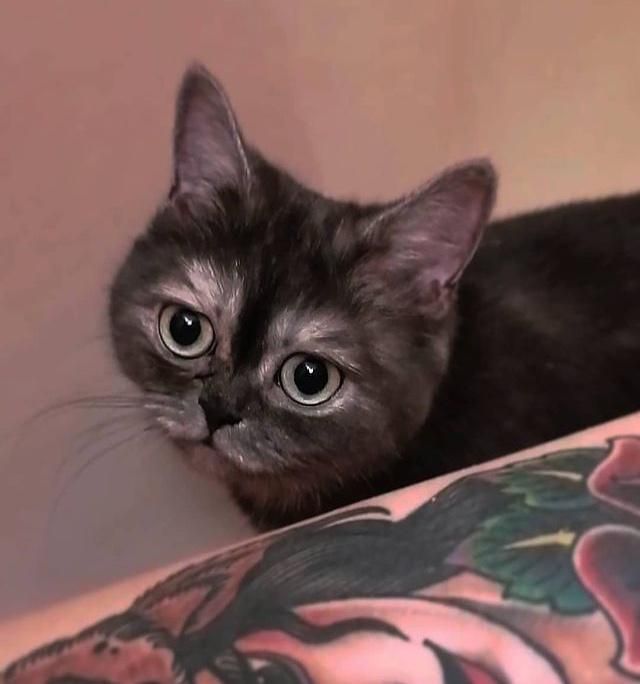 Now Bean is happy – the owner is there for it and it loves her back. A couple of months ago it wouldn’t have dreamt of it, but now it is happy. Many thanks to the kind people who rescued it! 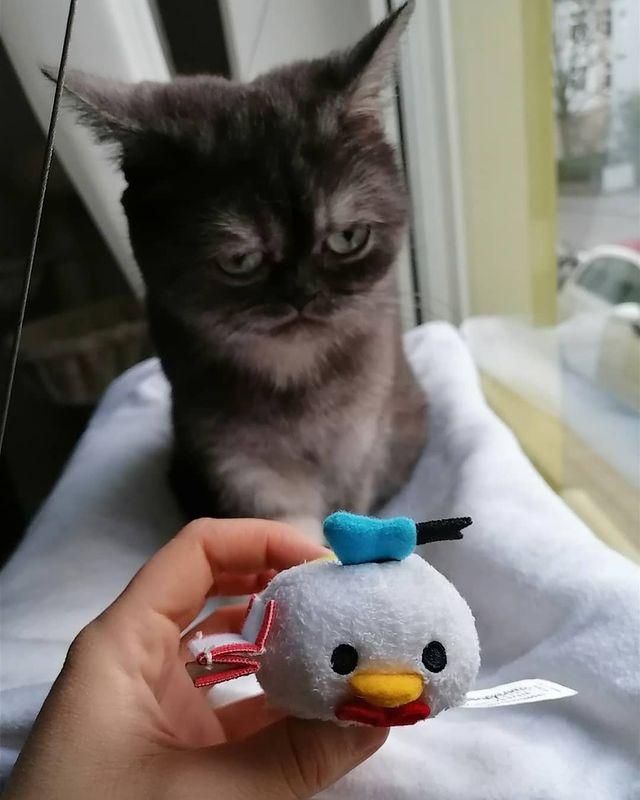 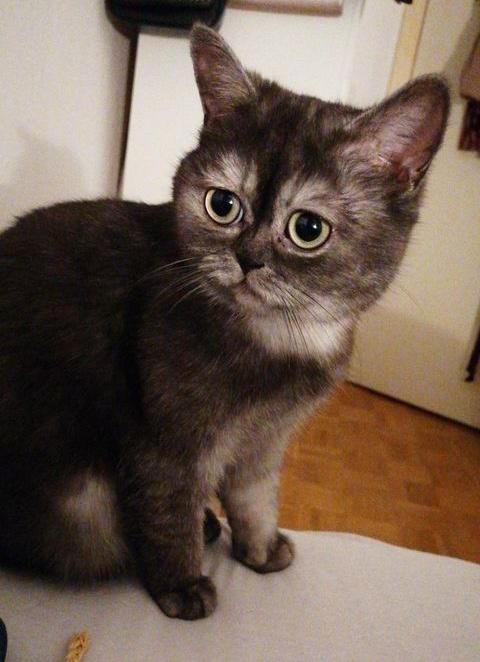