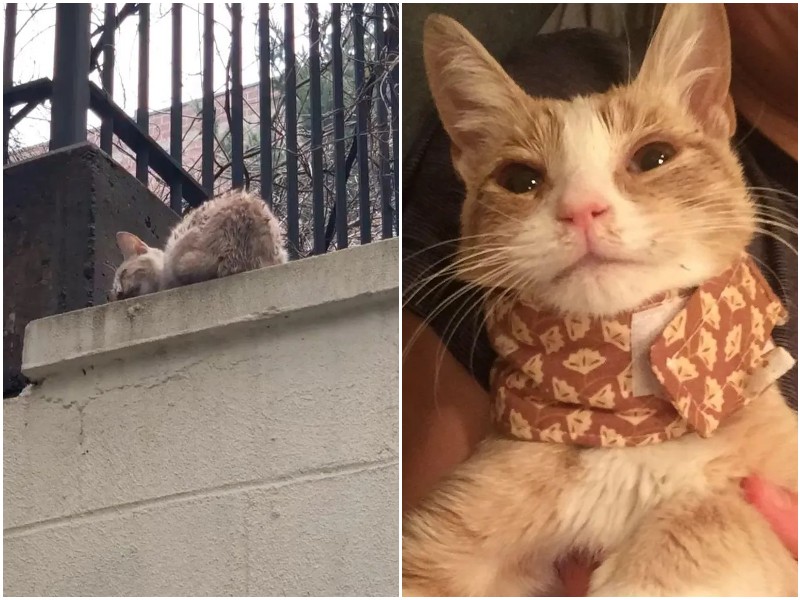 This kitten was spotted on the street in New York when it was lying on a concrete ledge and squeaking softly. The kitten was very weak and asked for help.

When this kitten was spotted on a concrete ledge, it was in a sad state. While other passers-by were walking past it, kind people noticed the kitten and reported it to the Little Wanderers NYC shelter. Its staff immediately took the kitten under their care. 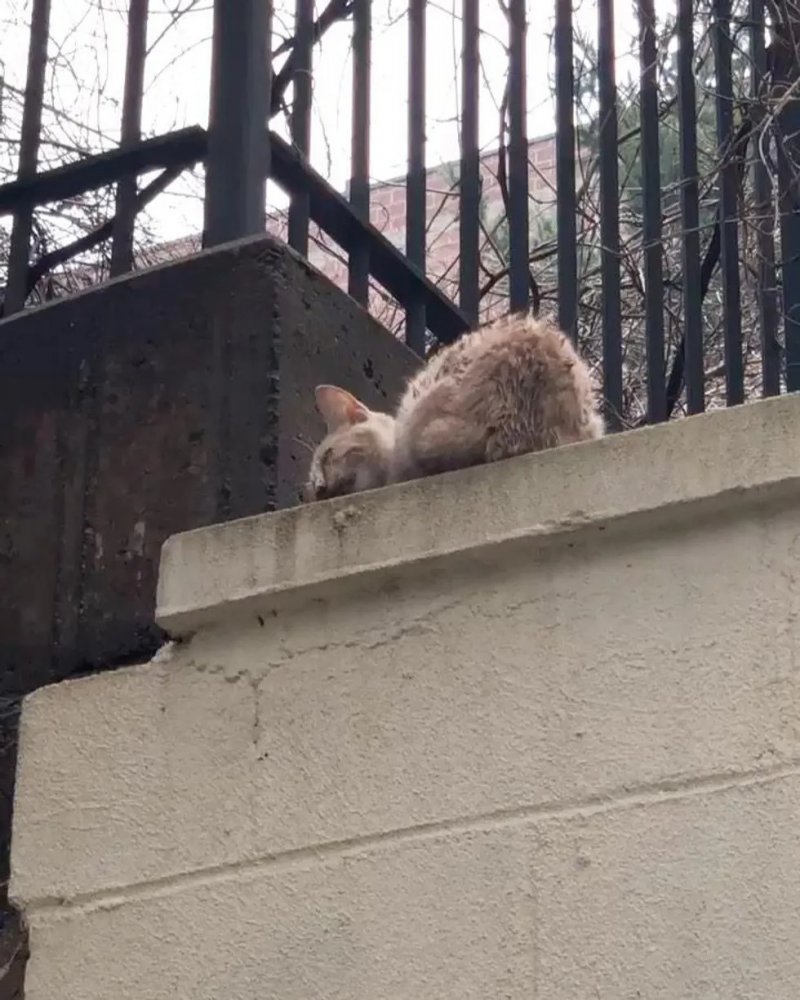 The kitten had a very low temperature and was having difficulty moving, so the veterinary team did everything to restore its health. Specialists determined that it was about eight months old and gave it the nickname Clayton. 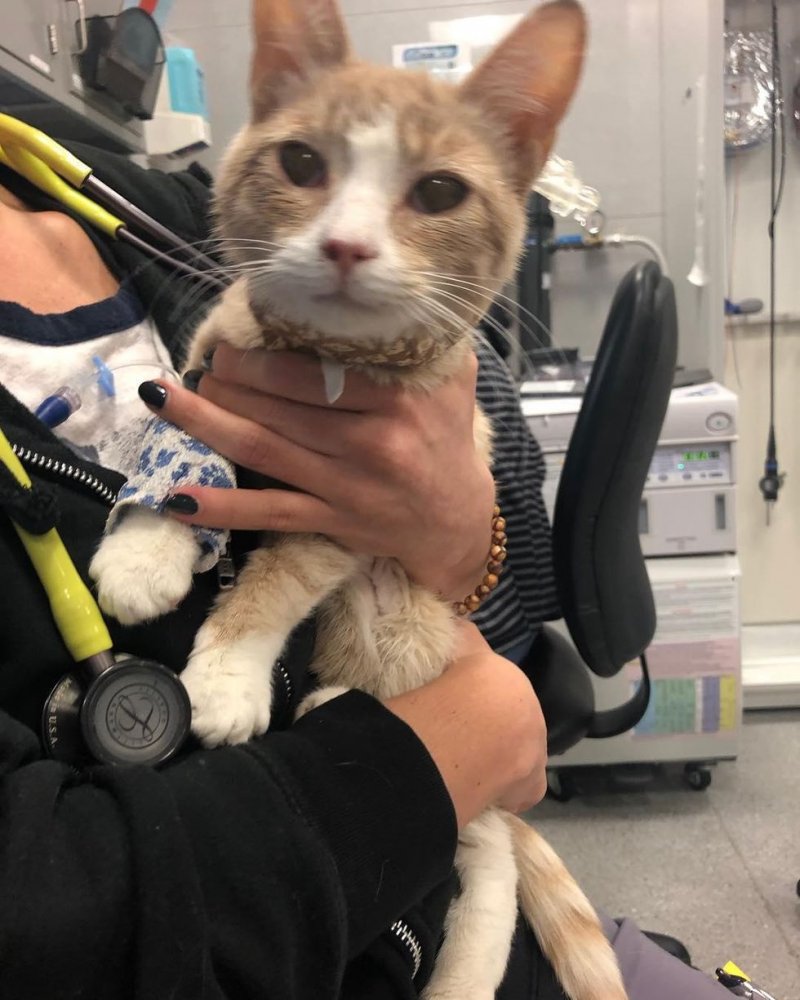 In addition to a weak condition and large underweight, the doctors found breathing problems and anemia in the kitten. Doctors prepared for the worst, but fortunately, after a few hours of urgent care, the kitten’s condition improved. Despite all the difficulties, Clayton was very kind and affectionate. 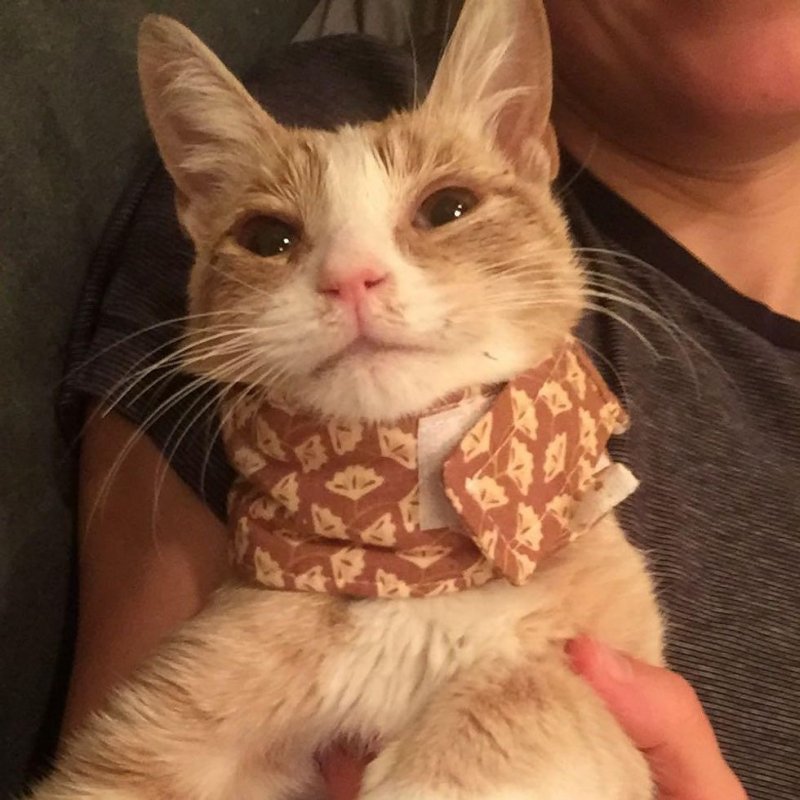 As a sign of gratitude, the kitten purred a lot and did not show a single drop of aggression, enduring all the procedures with firmness. All this time it was given special medications and therapy, and after the improvements, Clayton was sent to a place of temporary care. 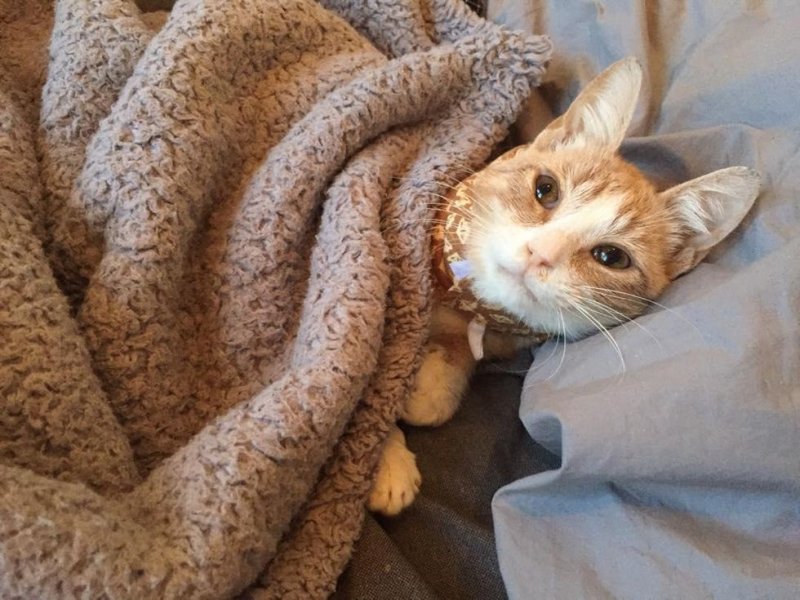 At the place of temporary care, the cat began to feel better – it began to play, explore everything around. It still purred a lot and asked for affection from its guardians. After some time, the cat was successfully transferred from feeding through a tube to solid food. Clayton itself has changed a lot, gained weight, and became a real charmer! 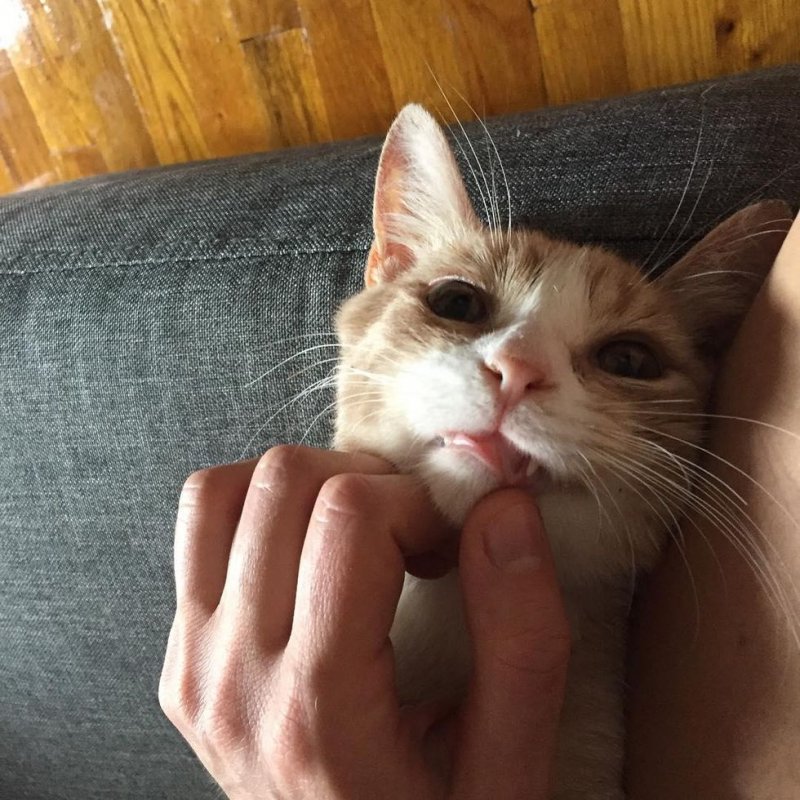 So far, this handsome cat is in the place of temporary care, but when Clayton finally recovers, they will find permanent owners for it. Let’s wish this special cat to find the best family! 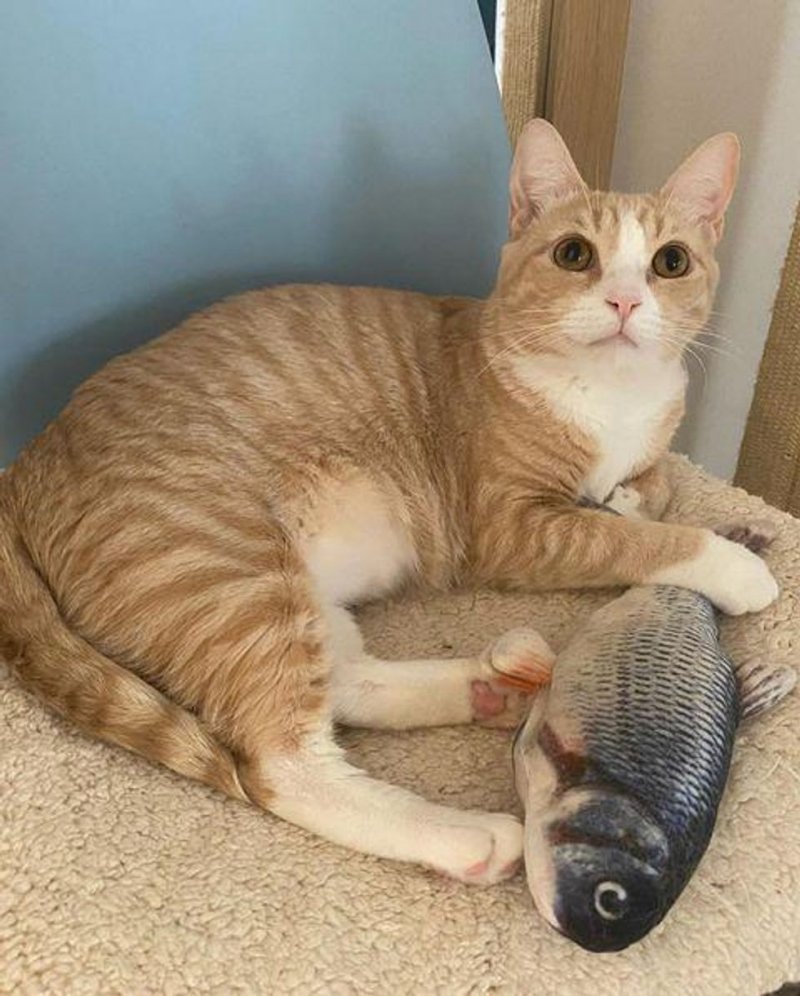 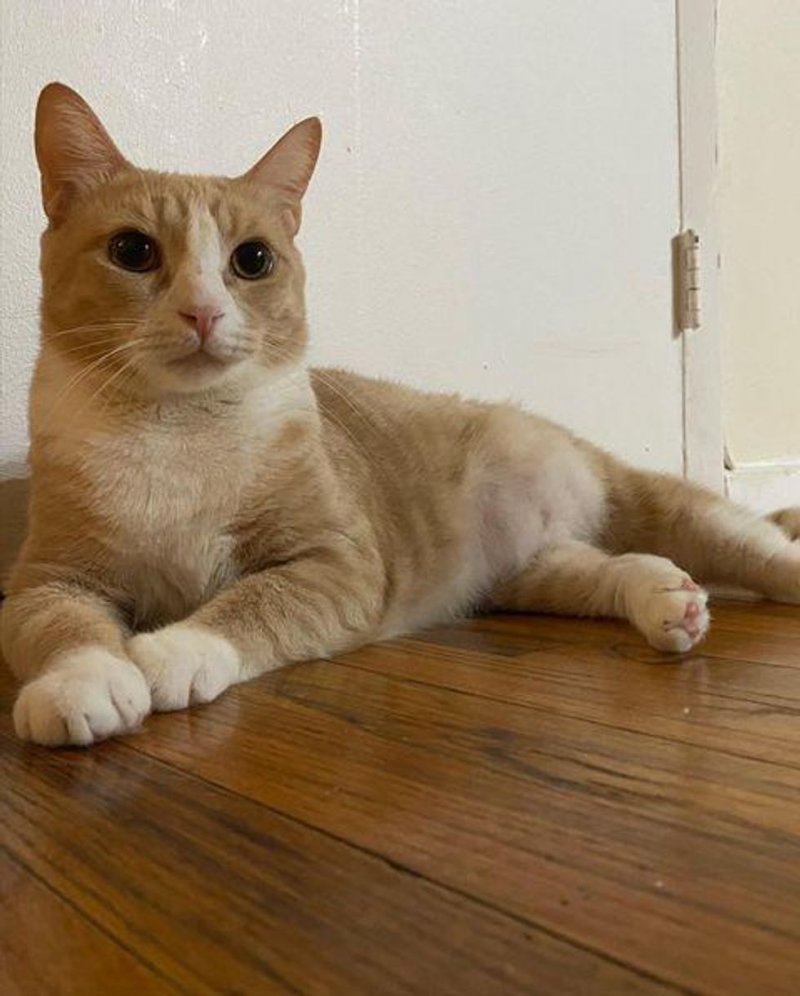 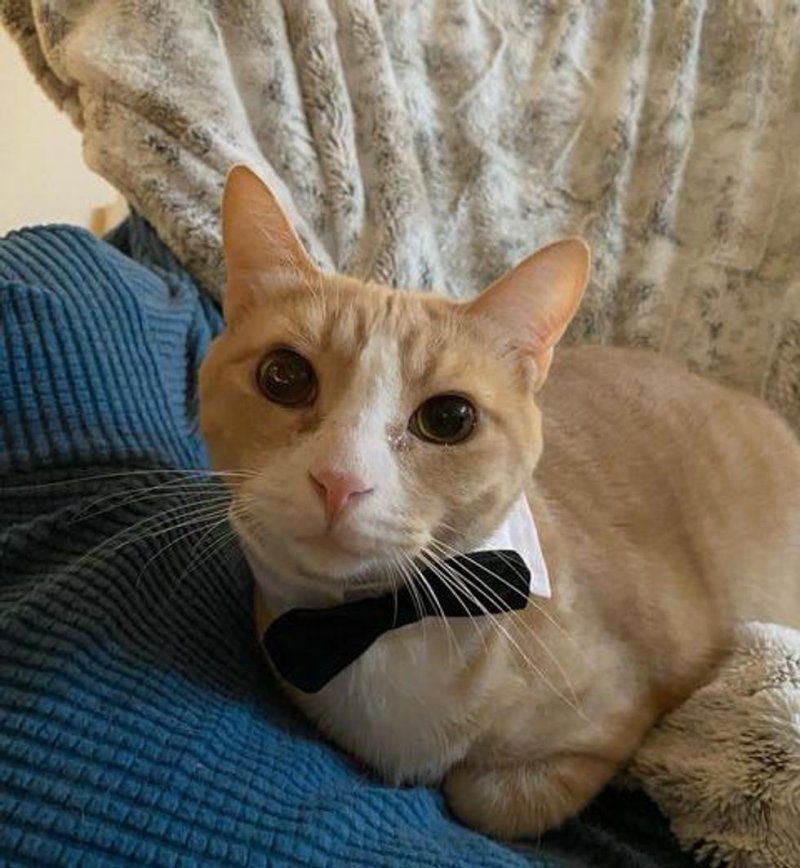