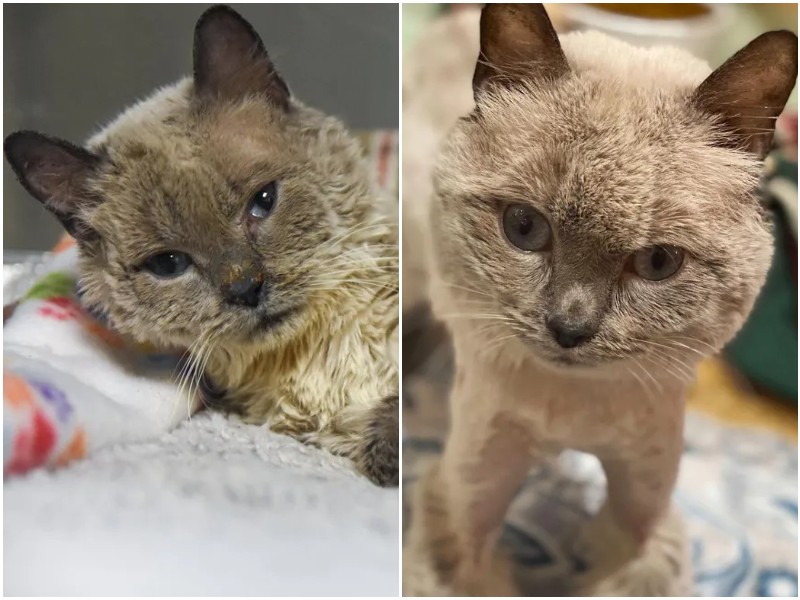 When people noticed this shabby baby, who looked very bad, they immediately decided to help him. Despite the fact that the cat lived on the street for years, he did not lose confidence in people and immediately began to ask for affection from them.

This cat was picked up from the streets in New Jersey, USA. Kind people saw that the cat did not look good, and decided to help him. They took the shabby poor fellow off the street and brought him to the local shelter, Tabby’s Place. Volunteers were immediately surprised by the character of the cat. 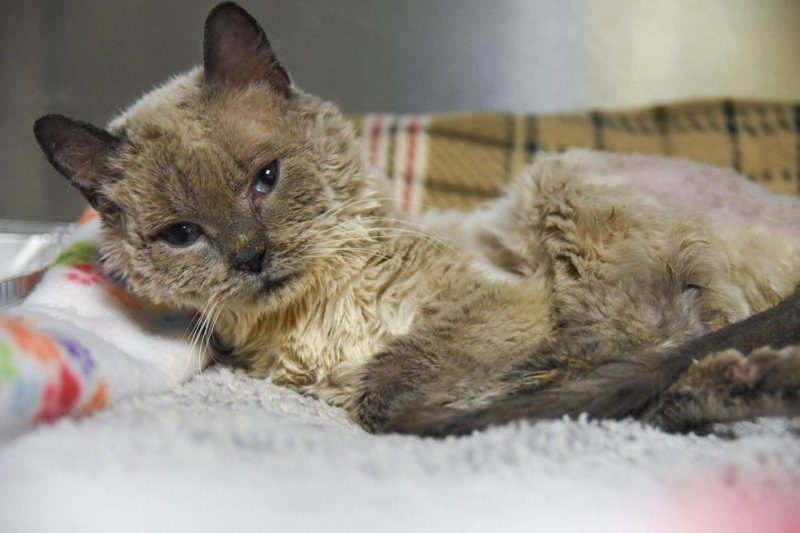 He was given the nickname Houston. Despite the fact that the cat was about five years old, and lived on the street for a long time, he turned out to be very kind, affectionate, and sweet. Houston immediately began to ask for caresses from the guardians, to bask and purr – he was just happy to be safe and warm. 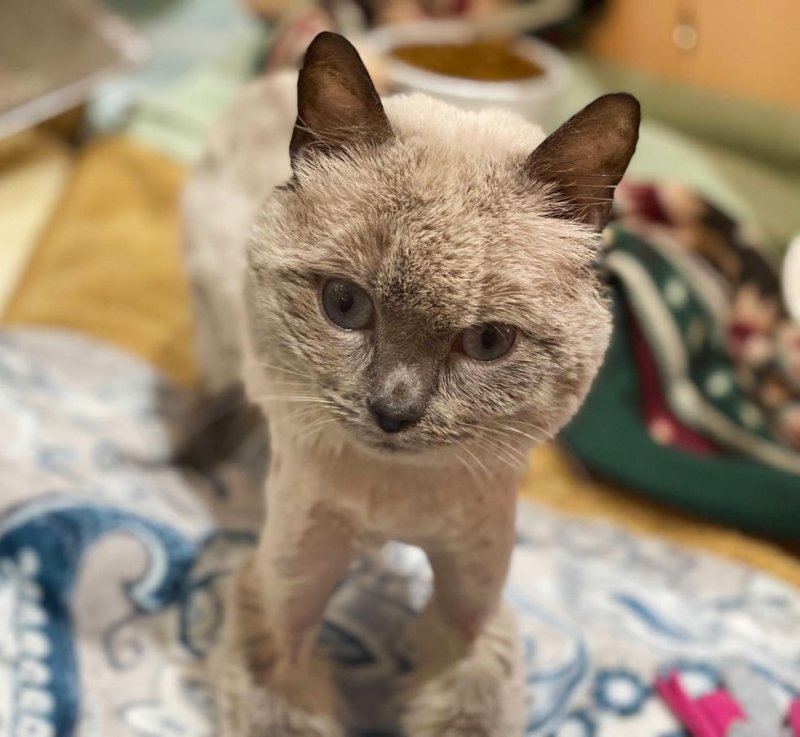 Experts discovered that Houston had hydrocephalus – the presence of fluid in the brain. This does not affect the life of the cat in any way, but because of the illness and swelling, he looks special. Veterinarians prescribed special treatment and neurological therapy for the baby, and his condition improved. 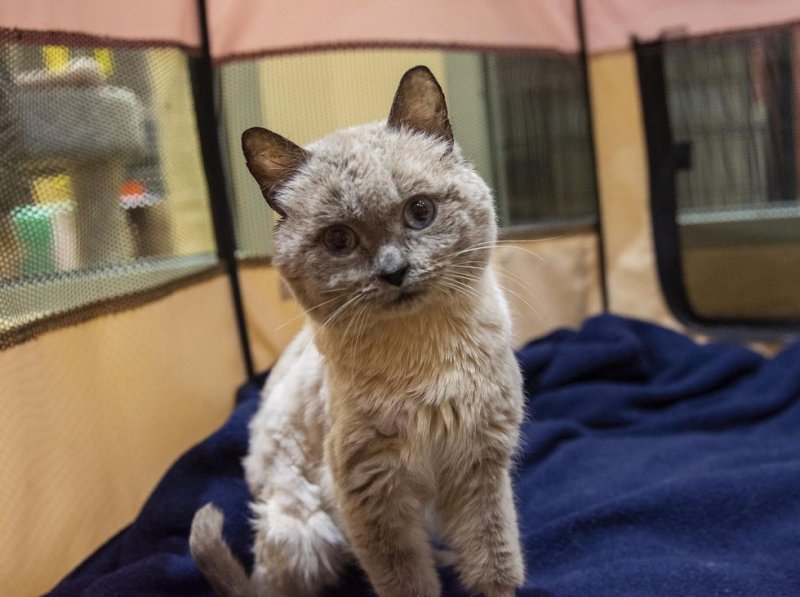 After the recovery, Houston became more active, began to explore the house more, and still continued to ask for caresses from the guardians. “Houston is the most wonderful kitten we’ve ever met. He loves to be hugged and bathed. His features don’t stop him from living life to the fullest,” says the guardian. 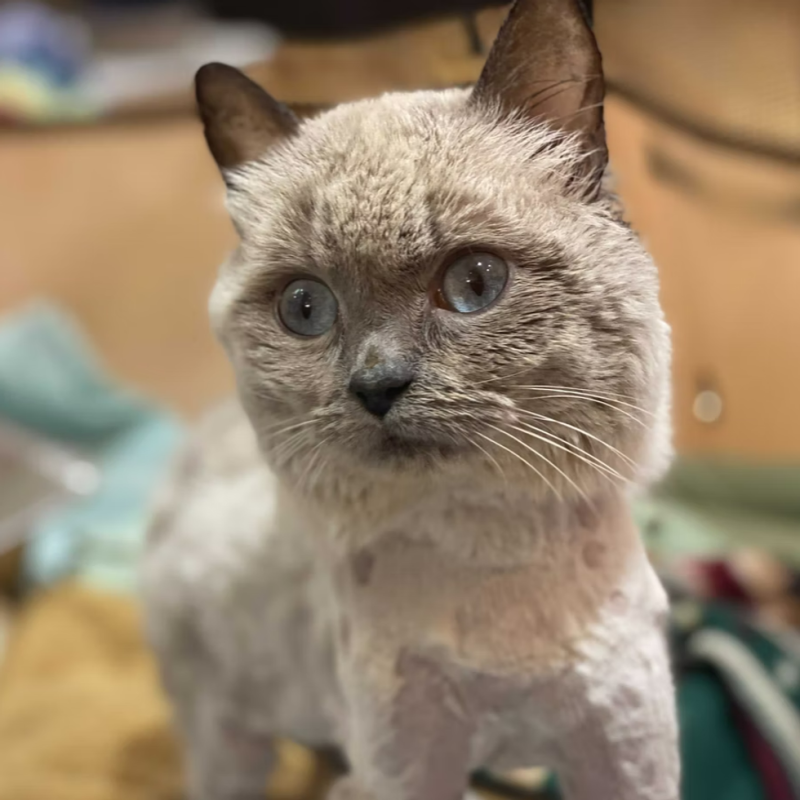 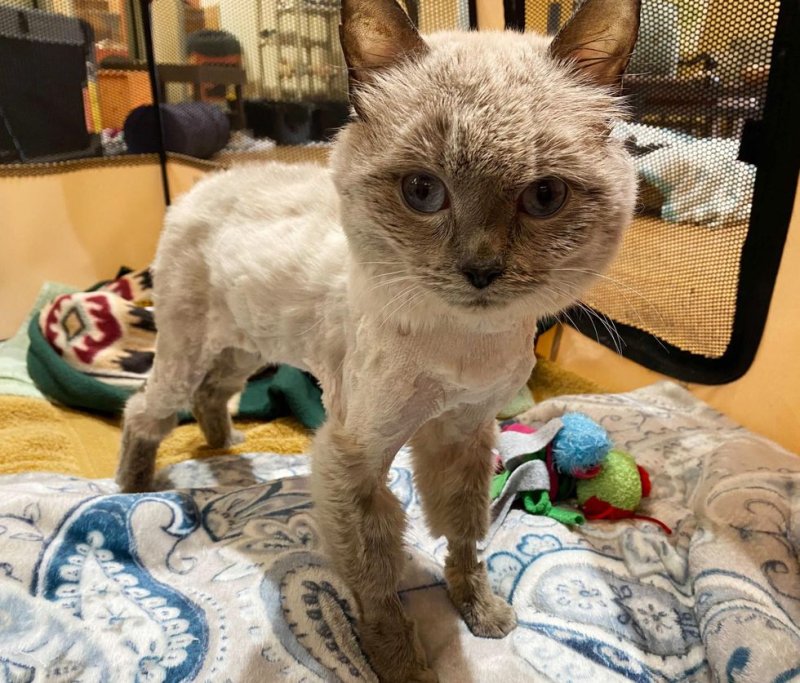 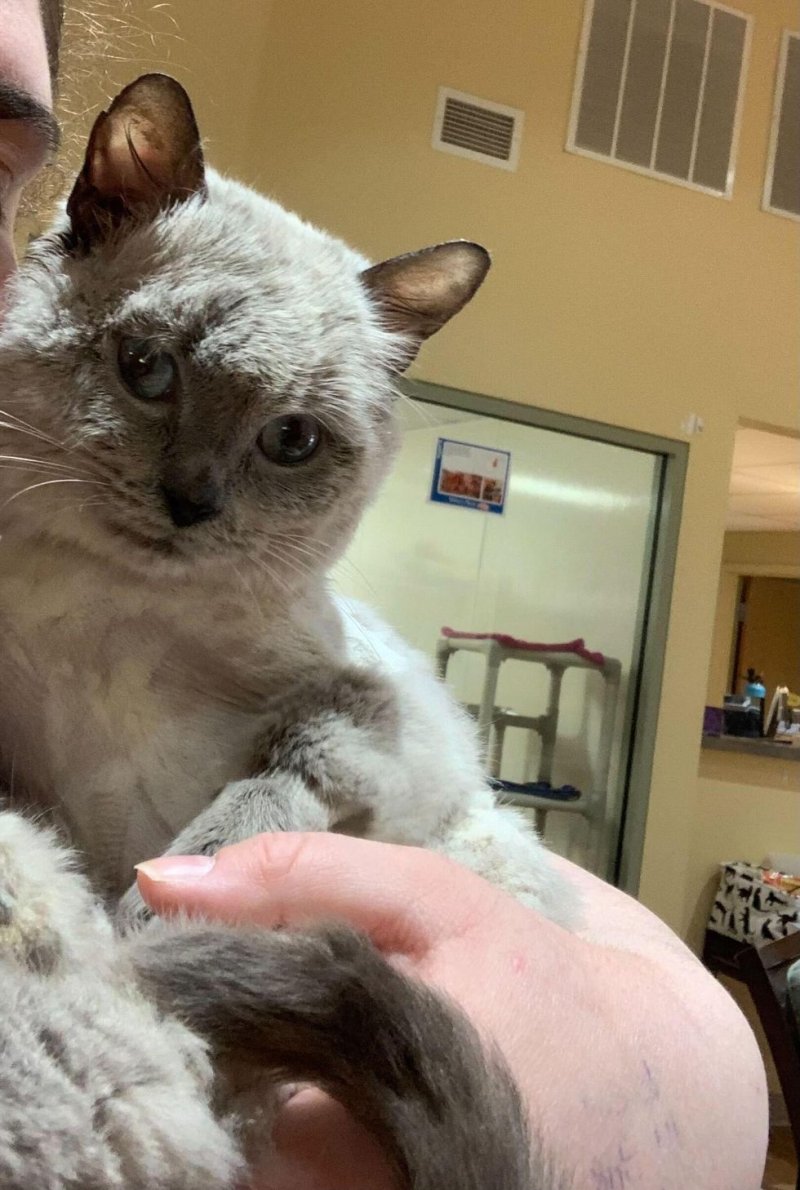 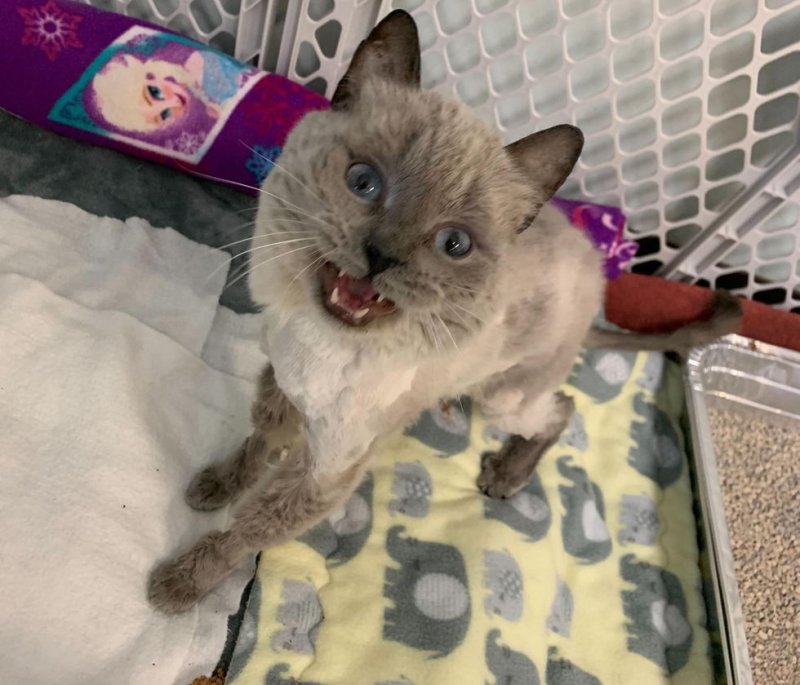 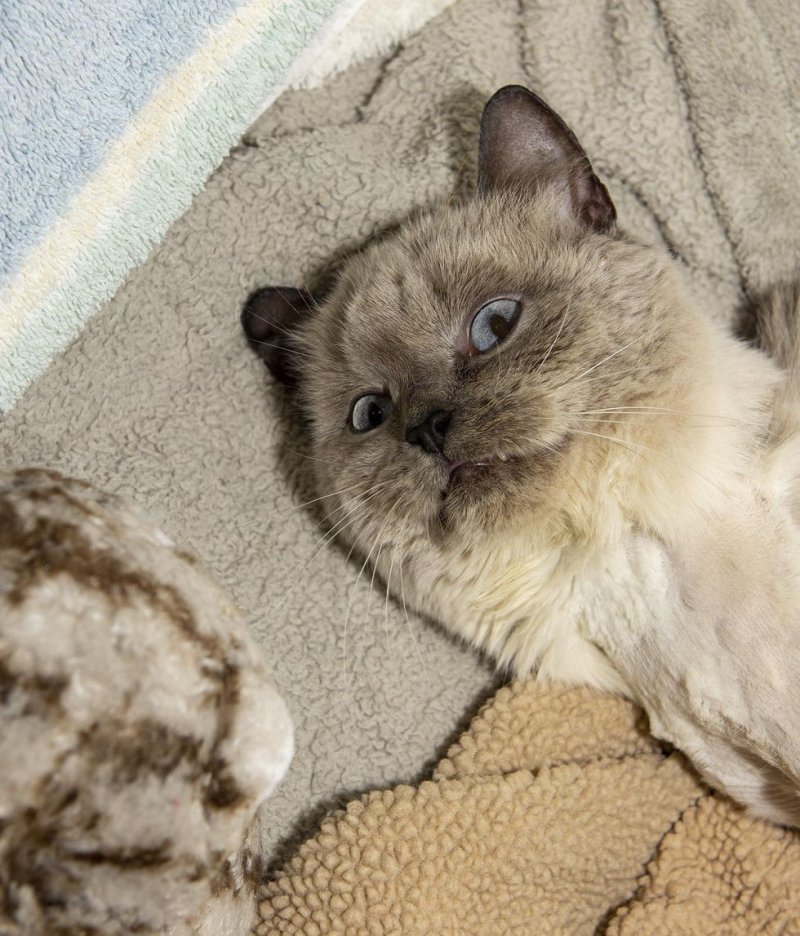 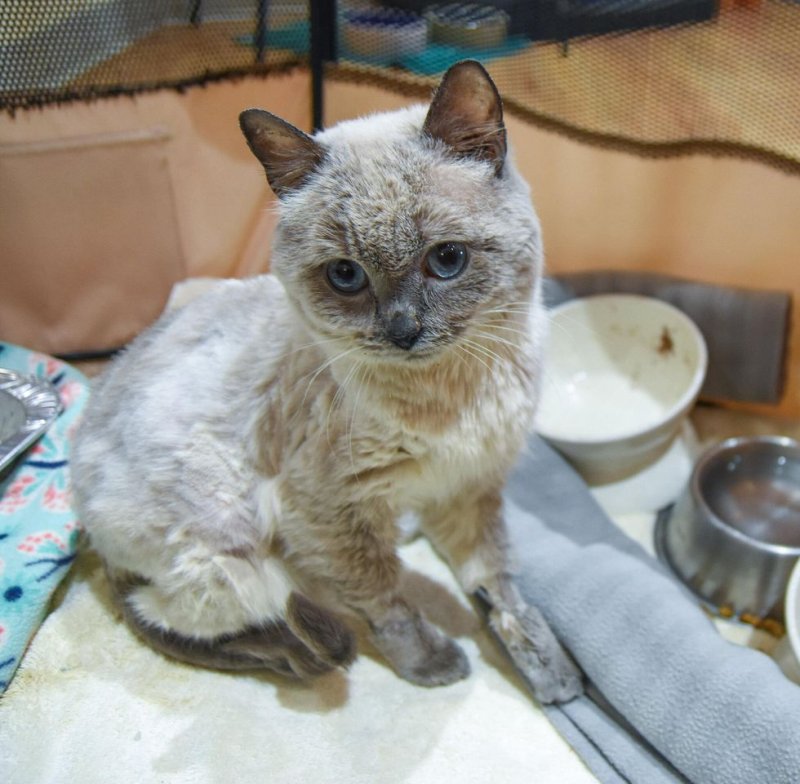 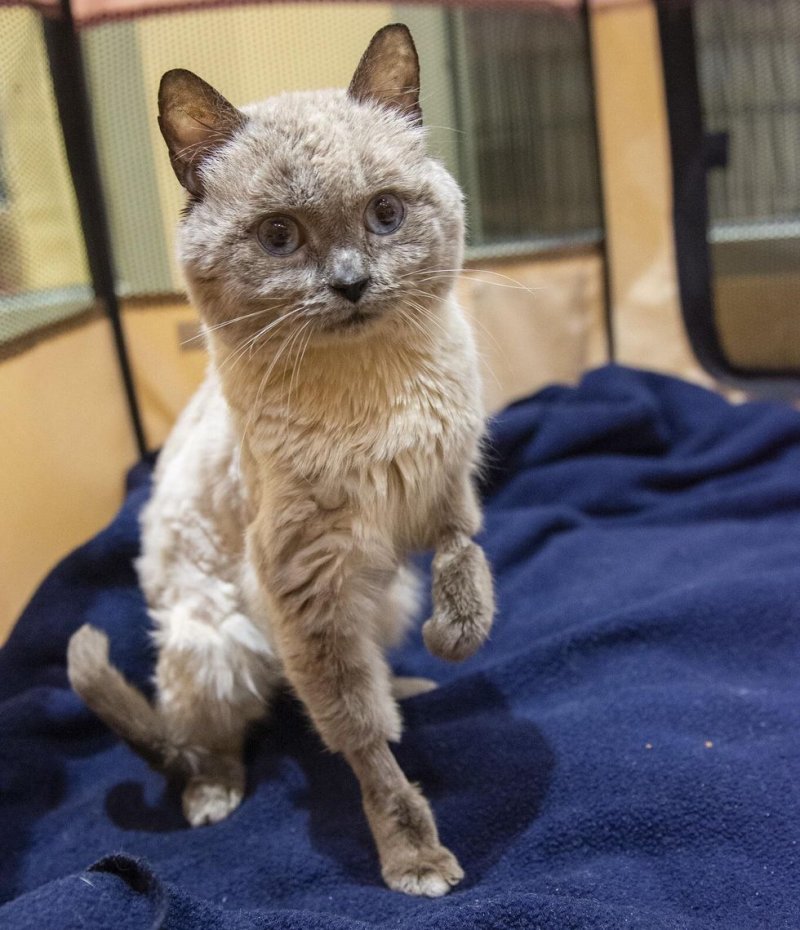