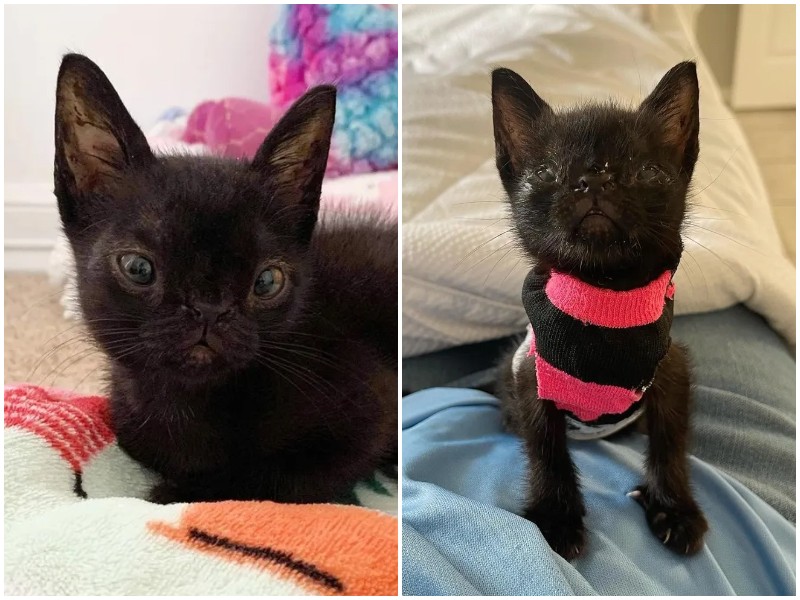 Noticing this black baby on the street, passers-by immediately saw that it was not like everyone else. This kitty has a unique appearance, but despite its peculiarities, it is full of energy and gratitude.

Three months ago, this kitten with an unusual appearance was picked up on the street in Edinburgh, USA. Passers-by immediately noticed that the baby has a special appearance. It was taken to the Murphy’s Safe Haven shelter, where the baby was gladly accepted. 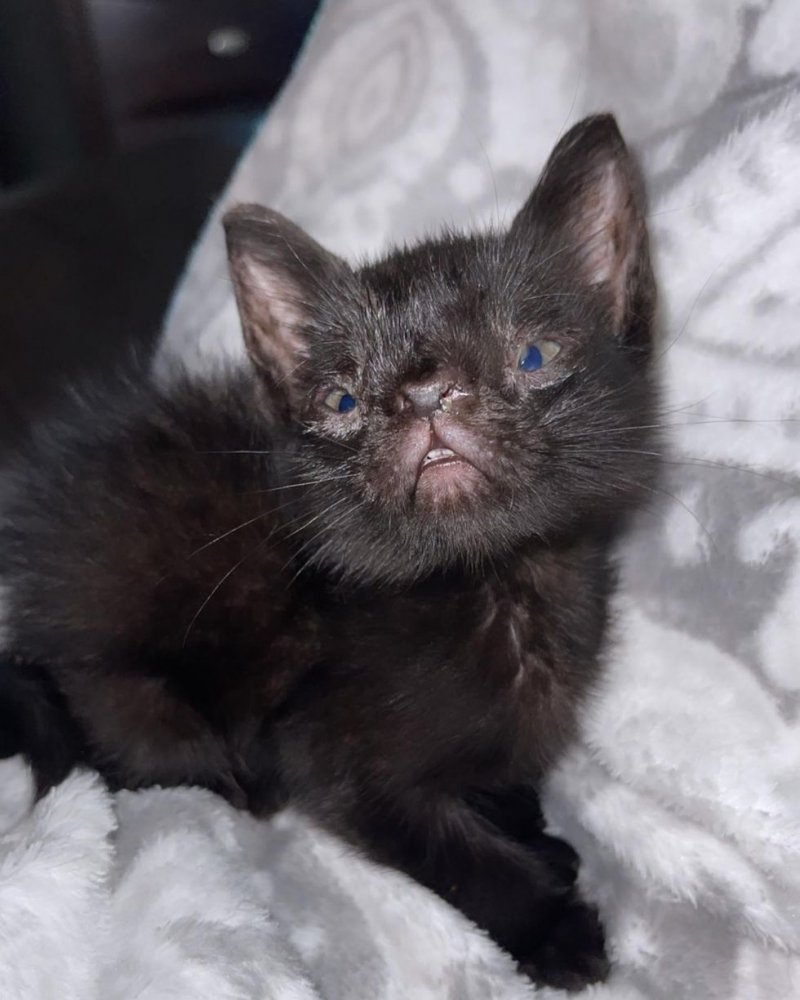 The baby was examined by a veterinarian, and it turned out that she was already 12 weeks old — but at the same time, she was developing very slowly, and was the size of a 6-week-old kitten. The kitty was named Toothless, as a character in the cartoon «How to train a Dragon». 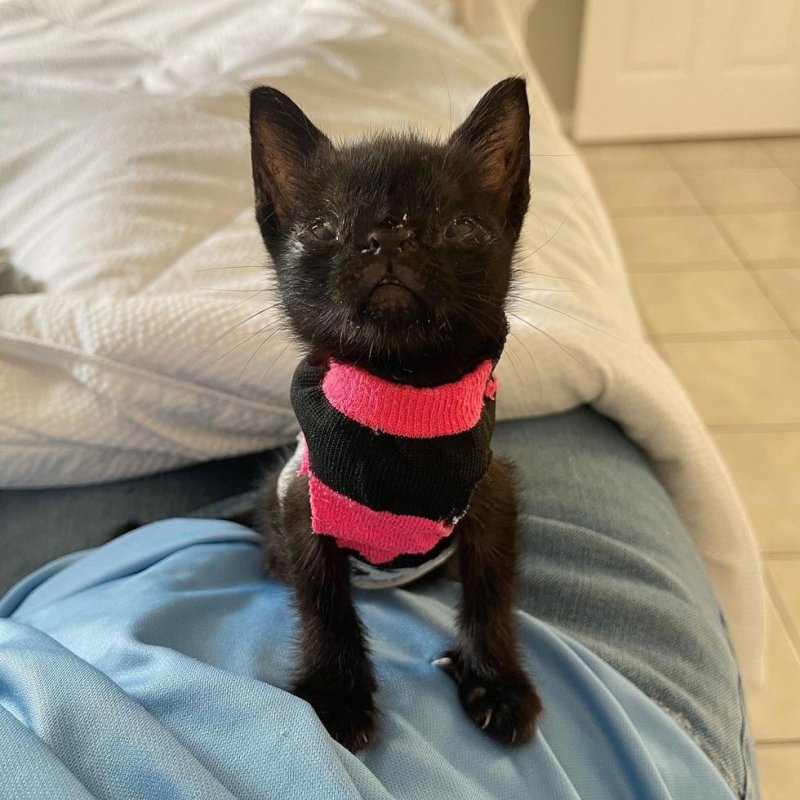 In addition, the kitten was found to have deformities of the muzzle and breathing problems. The team immediately began to treat the kitty — and despite all the difficulties, she was full of energy and gratitude. Later, she was sent to the temporary care of volunteers. 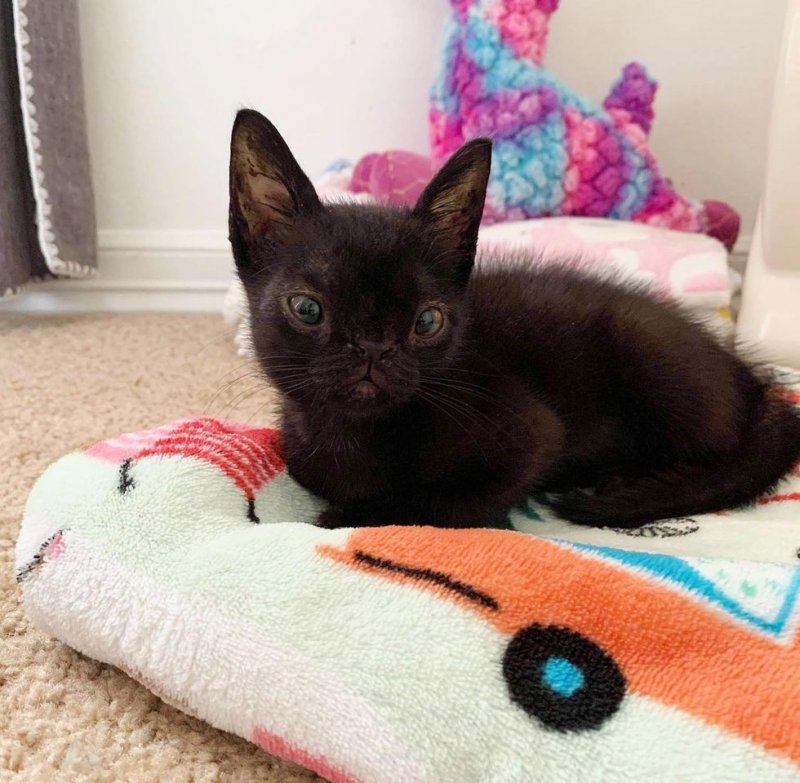 In the new temporary house, Toothless felt safe and became calmer and more curious. She had a great appetite and was gaining weight pretty quickly. In a couple of weeks, her condition has improved dramatically. 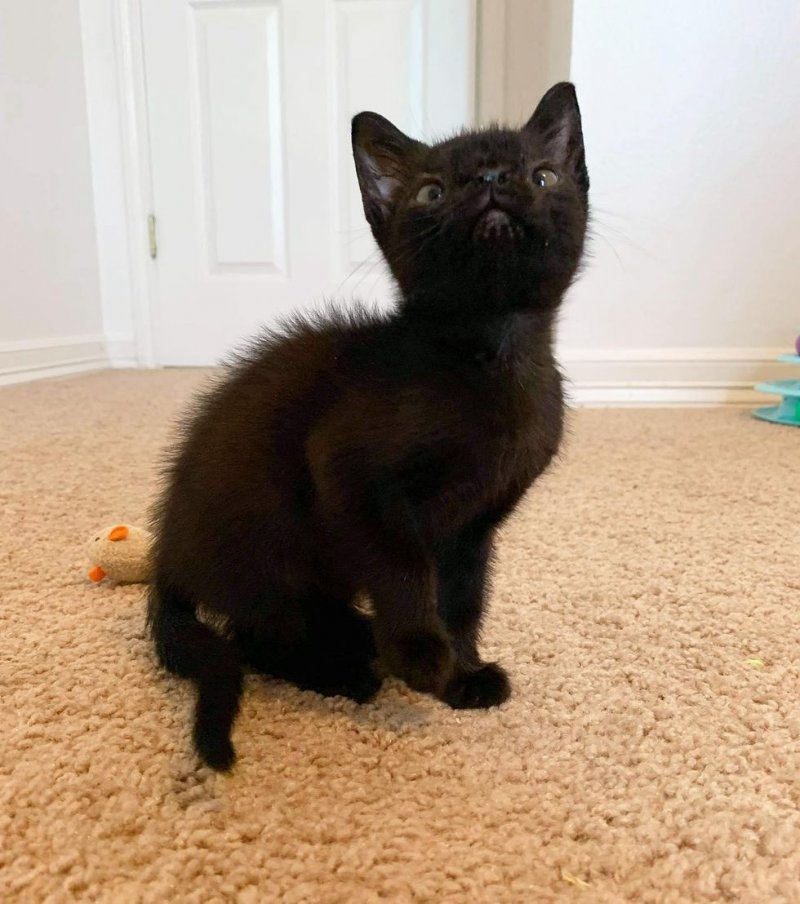 Now they are looking for permanent owners for this beauty. Toothless is a happy, active and affectionate girl who loves people very much and is always happy to purr on their laps. She needs special care, but otherwise, she is the most ordinary kitty, and is very much waiting for loving owners! 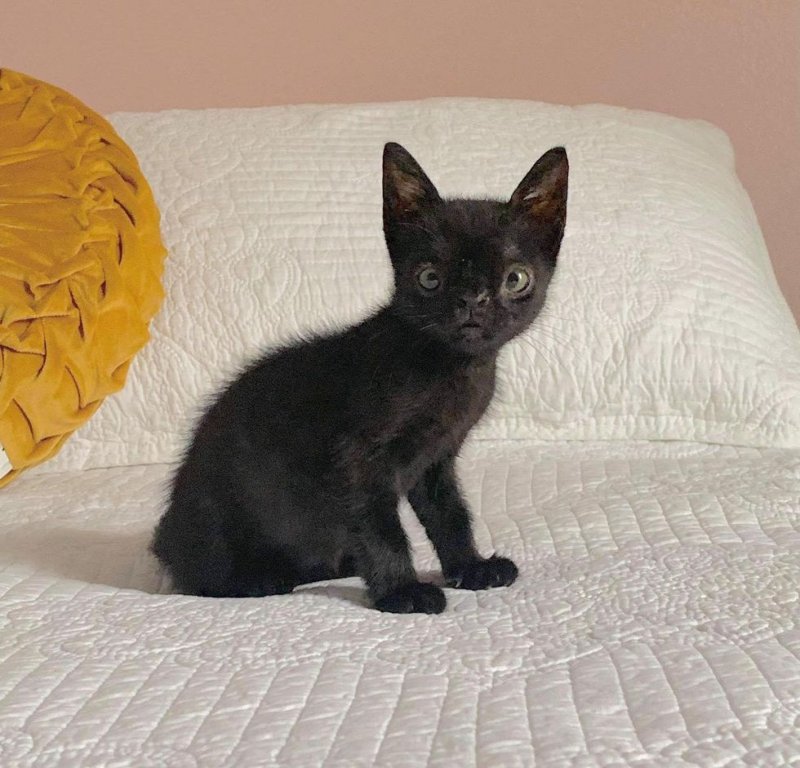 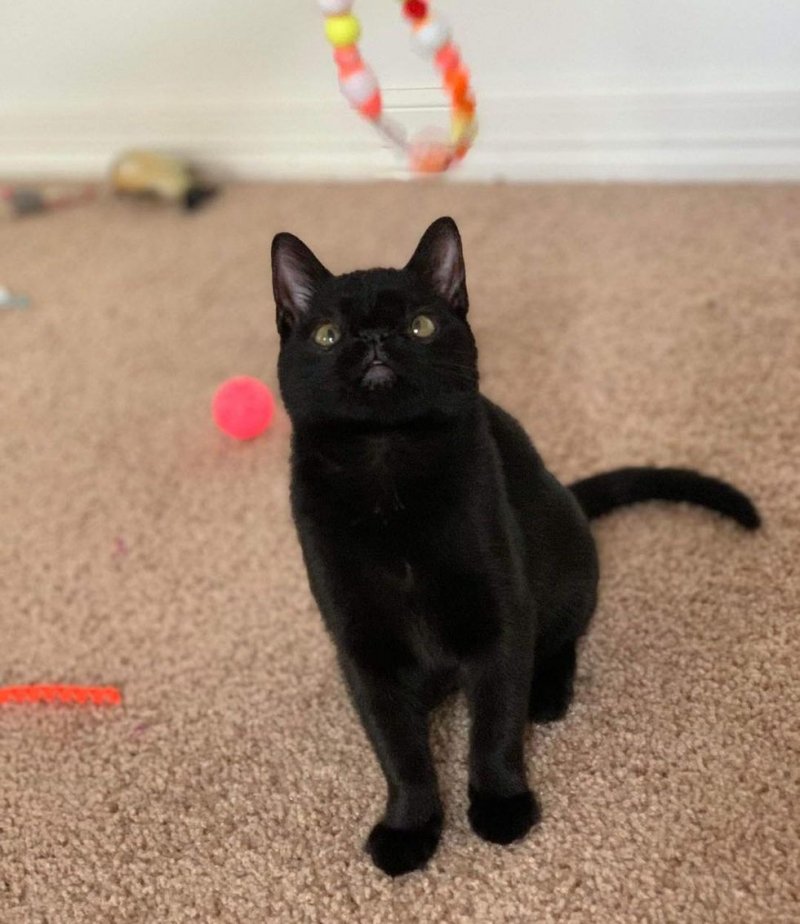 ANIMALS 0 7 views
A young Rottweiler appeared at a local store a week ago. At this time,

ANIMALS 0 16 views
People found five stray kittens in the bushes, and their mother cat was not

ANIMALS 0 28 views
The deer, who was a customer of the shop, wanted to get something. Many

On the way back from vacation, the family stopped for lunch at a cafe. After dinner, they found a guest on the hood
ANIMALS 0 106 views

One day the deer entered the store, and then it also brought its children
ANIMALS 0 106 views

The kitty was sitting on a bench, hunched up like a sparrow and looking at the world with one eye
ANIMALS 0 106 views