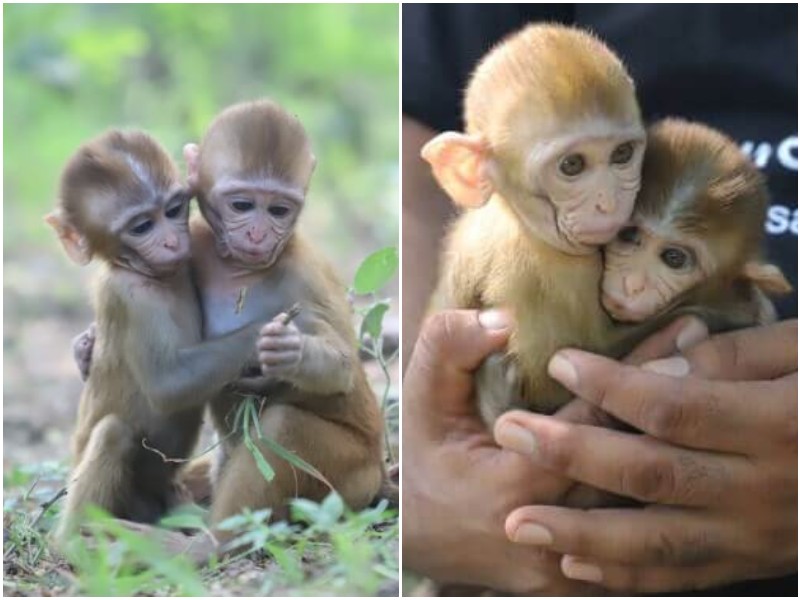 Two orphaned macaque babies aged 2-3 months were found in the forests of Agra, India. They were from different mothers, but a similar fate brought them incredibly closer. As soon as the animals were introduced to each other, they became inseparable.

These kids have a similar sad fate. One of them, a 2-month-old macaque, was found in the forest when he lost his mother at an early age. The second 3-month-old baby was also left without a mother. The cubs were rescued from the wild nature of the Indian city of Agra just in time. 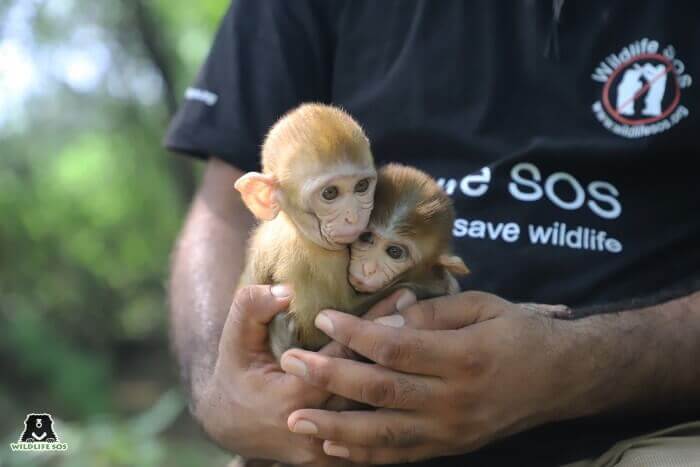 The Wildlife SOS Center team took the monkeys under their care. At first, the babies were very afraid of everything around them and often cried, so the staff of the center decided to introduce them to each other as soon as possible. And the acquaintance was successful – they literally became inseparable from the first day. 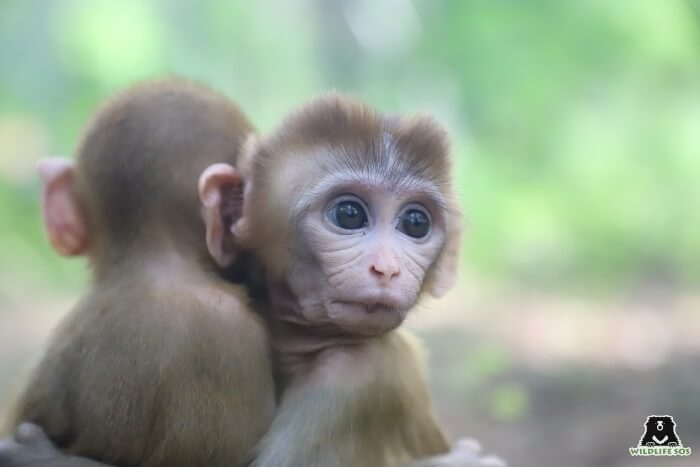 Today, the monkeys have already been living in the Wildlife SOS Center reserve for two months. They treat each other like a brother and sister – they constantly hug, play, sleep, and eat together. The team is constantly touched by their charming, warm relationship. 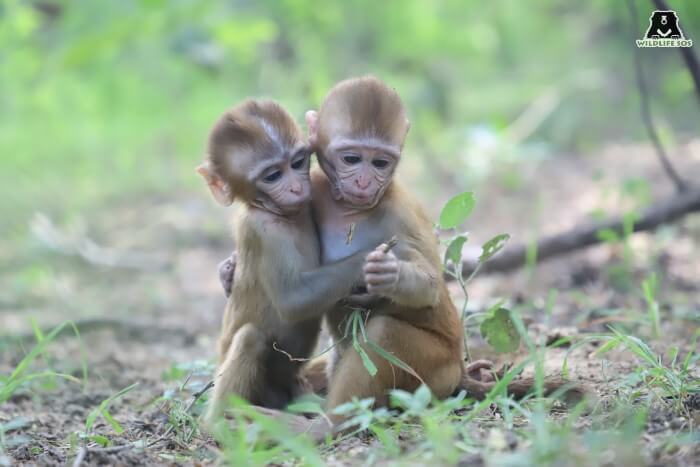 In the reserve, the staff takes care of the babies sensitively – macaques always eat fresh fruit, live in a spacious green aviary, and play with might and main. When they grow up, they will be released into the wild. 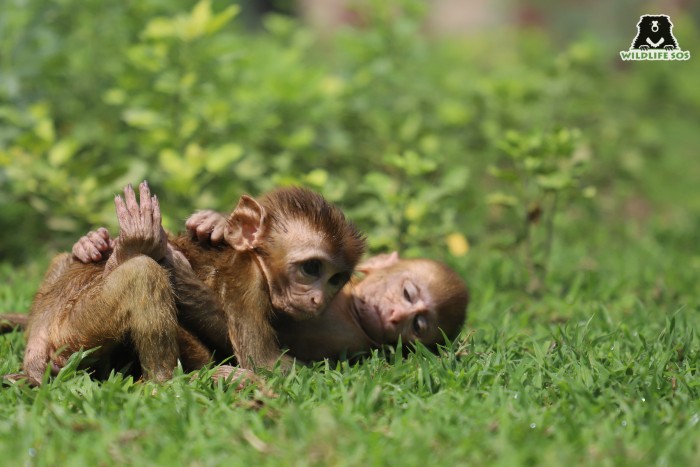 The loss of a mother can be traumatic for a baby monkey. But fortunately, the rescue center team knows what to do in such cases – they help small animals, and they quickly begin to enjoy life again, grow and enjoy every day!