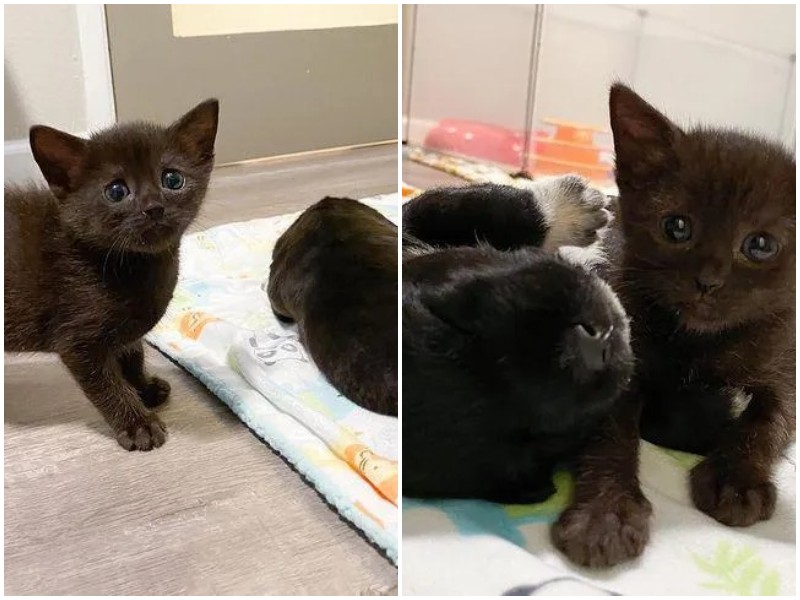 An orphaned baby named Frodo was rescued from the street along with its brother. Both kittens were in a bad condition, but fortunately, kind people helped them. After a while, little Frodo found an interesting friend in a shelter.

Two orphaned kittens, who were not even a few days old, were found on the streets of San Diego, USA. They lost their mother, and were left alone to fend for themselves. Kind people noticed them in time. 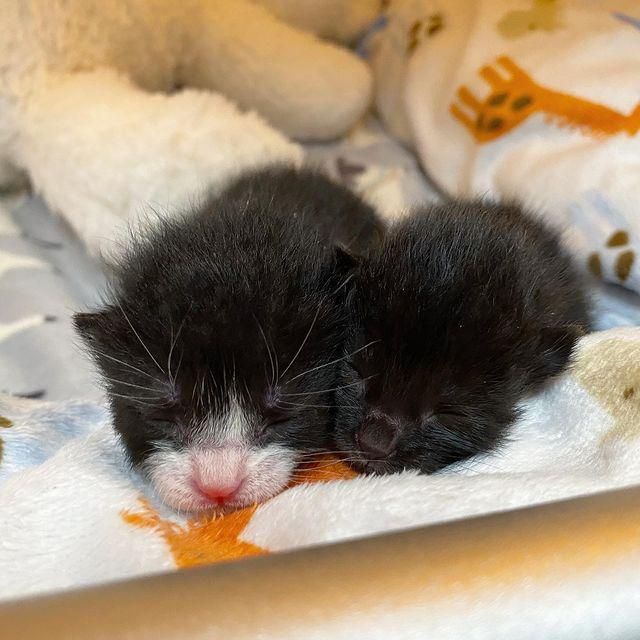 People contacted the Orphan Kitten Club shelter, and the staff immediately took the kittens with them. The babies were weak and needed round-the-clock care. They were immediately fed hourly from a dropper and kept in an incubator to maintain their body temperature. 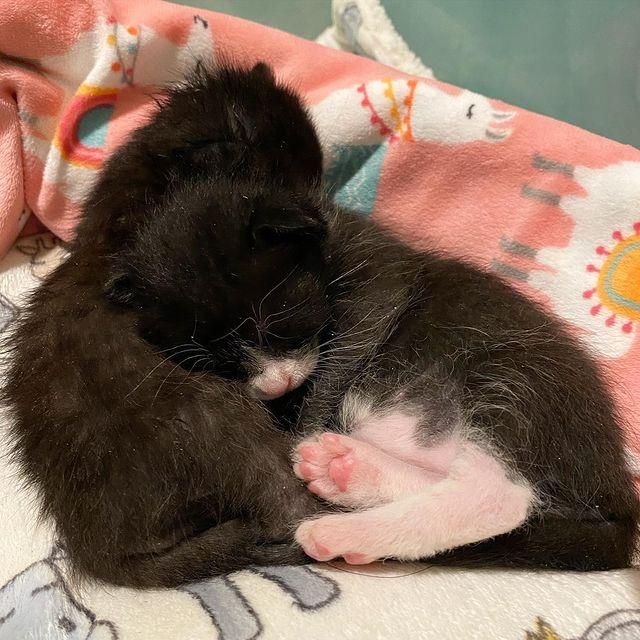 The smallest of the kittens, black-haired Frodo, weighed only 77 grams. The guardians feared for its life, but luckily the brave little boy pulled through and soon began to put on weight. The second kitten was named Samwise – it was growing and developing normally. 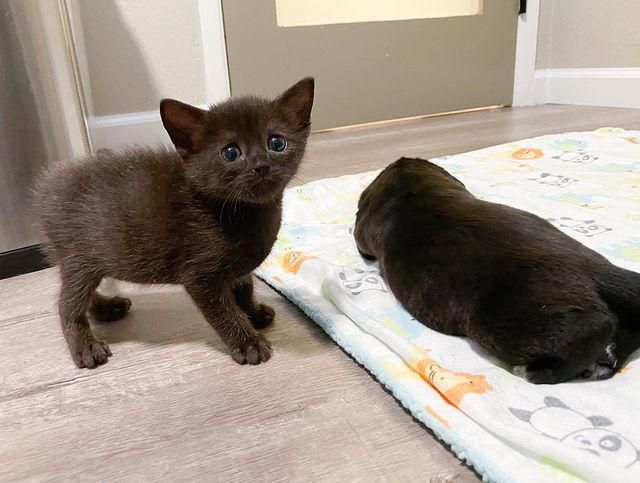 When the kittens grew up a little and already began to walk, their guardian took in several orphaned puppies that were brought from the street. The kittens, especially Frodo, were very interested in new neighbors. 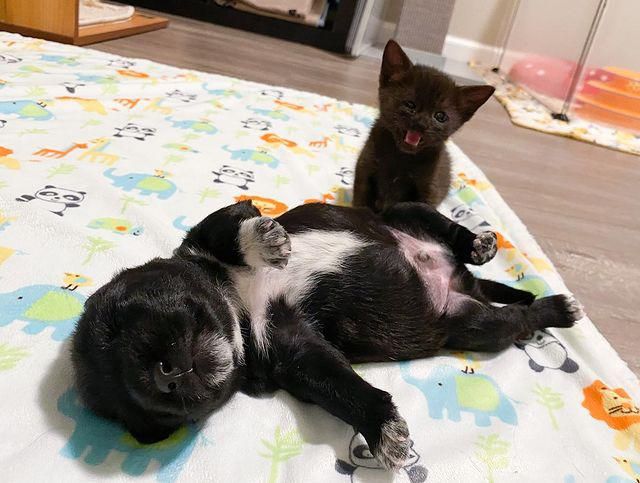 One day brave Frodo dared to approach one of the puppies to get acquainted. The acquaintance succeeded – the kitten immediately lay down next to the baby, and later they fell sweetly asleep together. The guardian was delighted with this friendship! 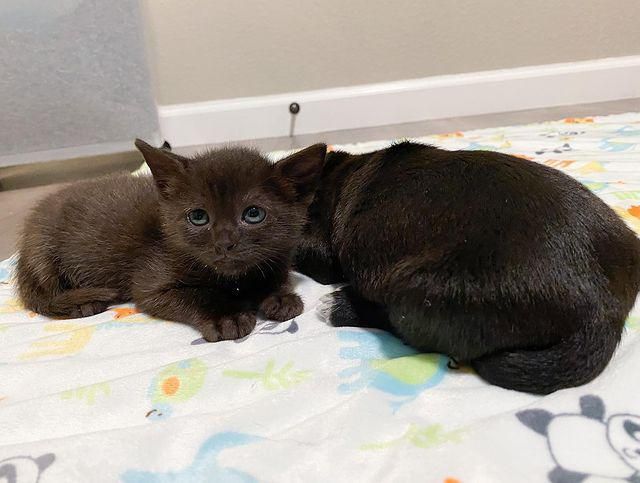 Since then, Frodo comes out every time to see how its new friend is doing. When the kittens and puppies grow up, they will play together even more actively and become friends, the guardian is sure. In the meantime – all the little ones are growing up healthy and happy! 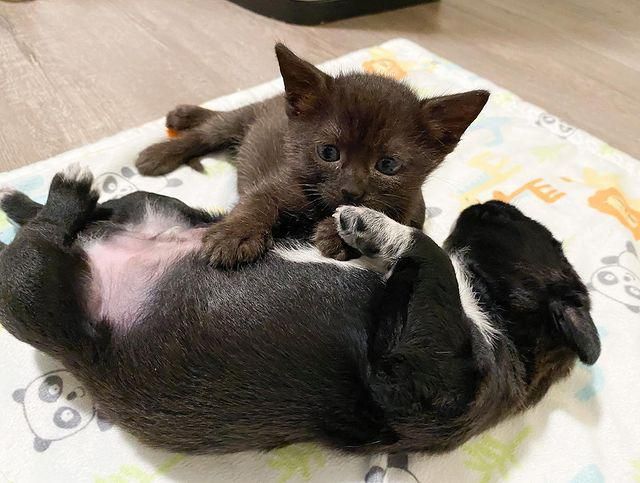 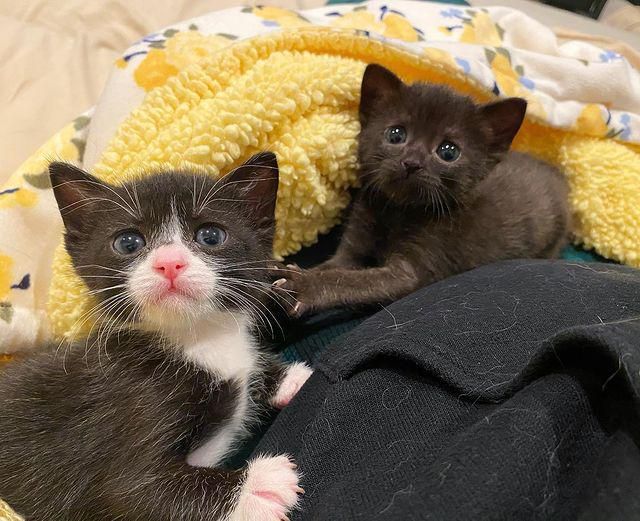