Having accidentally met someone who looks very much like you, most of us would make an attempt to at least talk to him and get to know him. A similar story happened to Bethany Coleman and her dog Rogue. By chance, the girl noticed a dog that was an exact copy of her pet. Bethany did not ignore such a coincidence and decided to get acquainted with the animal. That’s how Rogue got a friend.

Bethany met her pet’s twin when she and Rogue were walking through the market. There was a farmer’s market in the city and not far from the stalls of traders, volunteers organized a fair so that the animals from the shelter could find new owners. Bist was one of those who needed a family. 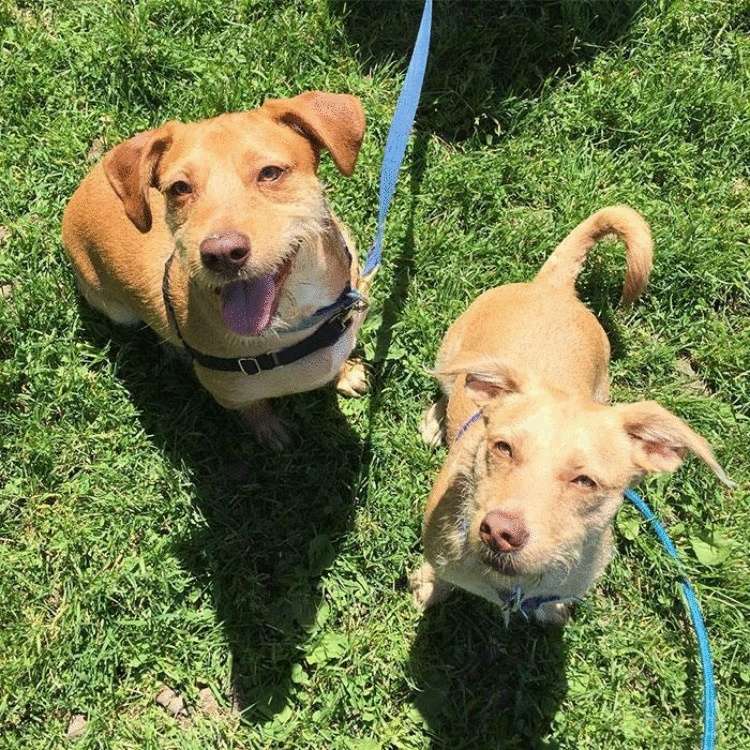 Bist and Rogue turned out to be almost identical in appearance, only of different sexes.One pet was enough for Bethany. She didn’t even think about taking another animal. All plans changed as soon as she saw Bist. The dog was just like her pet, so she immediately liked him. Rogue also looked at his copy with great enthusiasm. 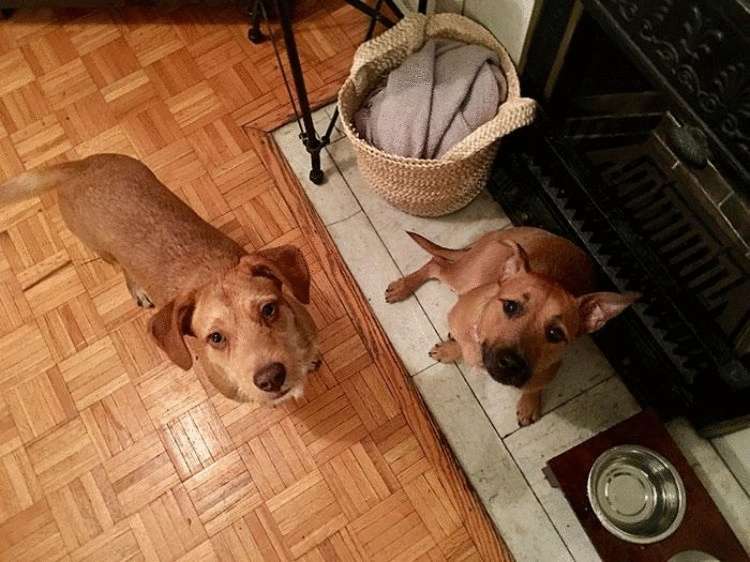 It was enough for the dogs to sniff each other, and they immediately found a common language.

Bethany’s fiancé Tyson had long wanted another dog, but the girl didn’t like the idea. Realising she was witnessing a rare coincidence, Bethany changed her mind. She called Tyson and told him they would now have two pets. 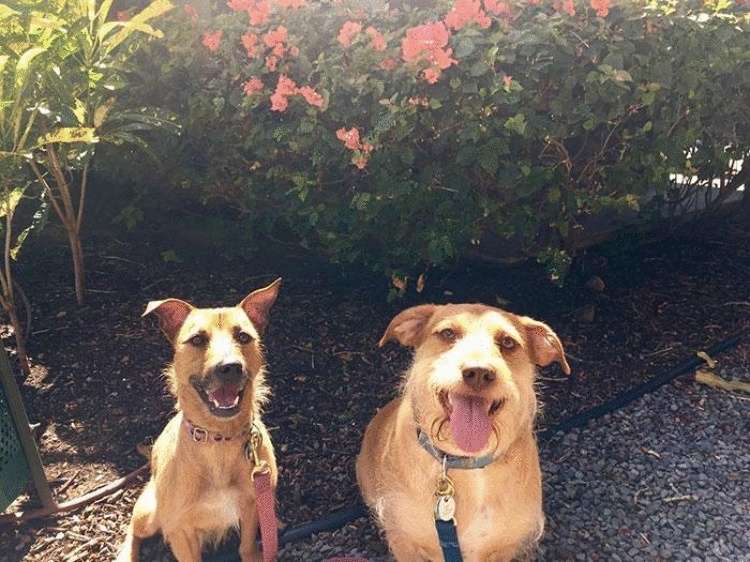 The new puppy turned out to be a cross between a terrier and several other breeds. He is eight months old. He adapted very quickly to his new family, which has two cats in addition to humans and a dog.

It took Rogue and Bist a while to get used to each other. In the beginning of their life together, there were often conflicts between the animals over toys and attention from their owners.But over time, the squabbles have faded away, giving way to a sincere friendship. 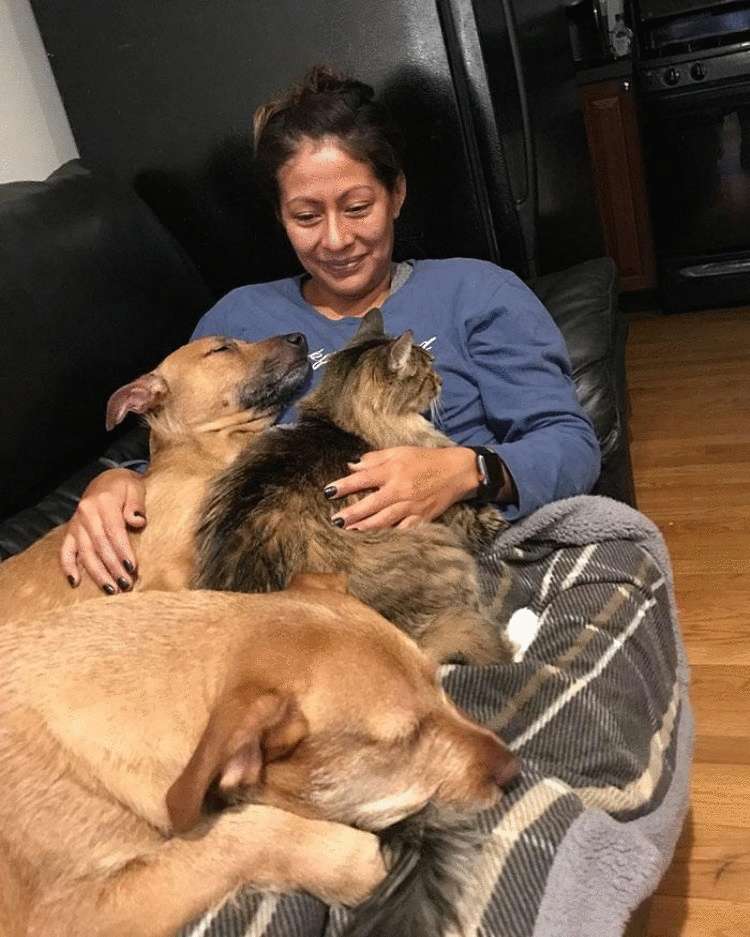 As an adult, Bist gained weight and now he is distinguished from Rogue by his size, because he has remained slender and elegant. 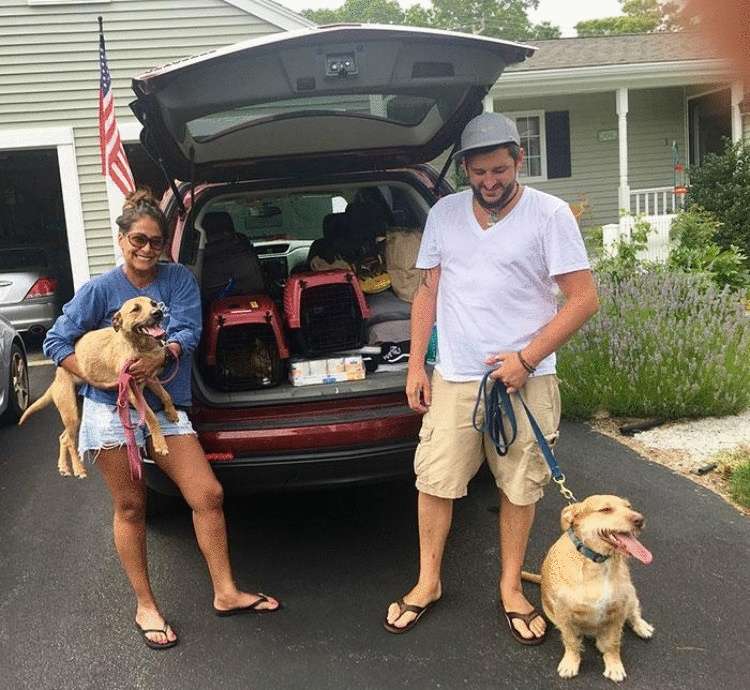 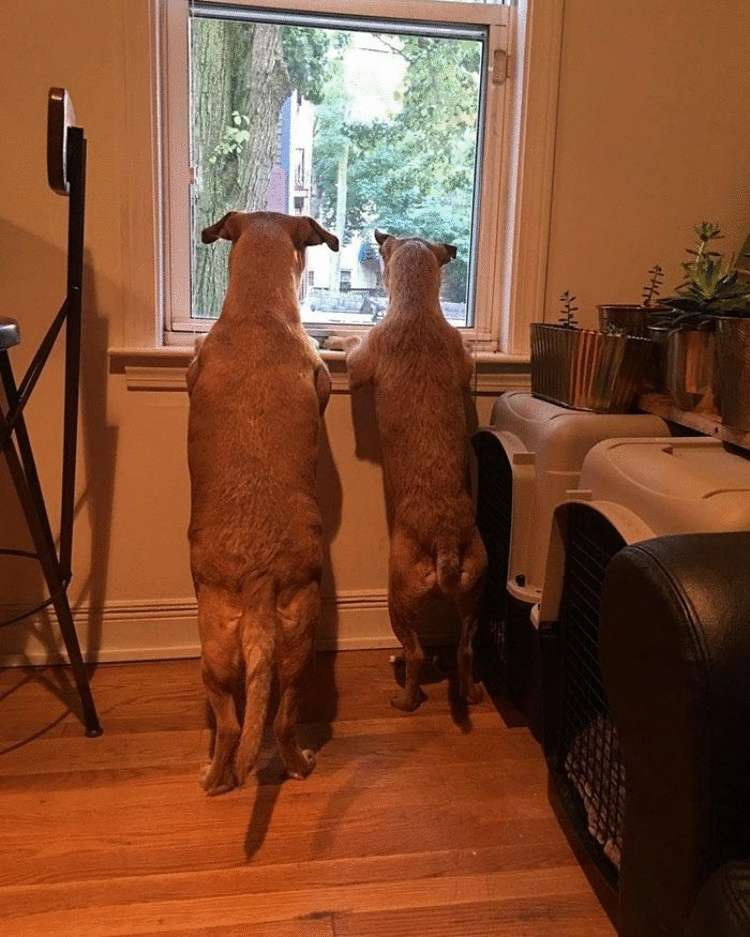 The whole extended family recently went to live in Hawaii. Now dogs can not only walk in the park, but also play on the beach.