It was raining outside, and passersby noticed a little girl on her way home from school seeing a puppy on the side of the road. It was lying right by the roadside, and the girl covered it with her umbrella and then decided to take it with her. It was an incredibly touching moment.

Passersby in Brazil noticed a touching scene. On her way home from school, a teenage girl saw a puppy lying on the side of the road, soaking in the rain. The girl decided to take care of the dog and first covered it with her umbrella. And then she decided to take the baby in her arms, wrapped it in her sweater and carried it home. 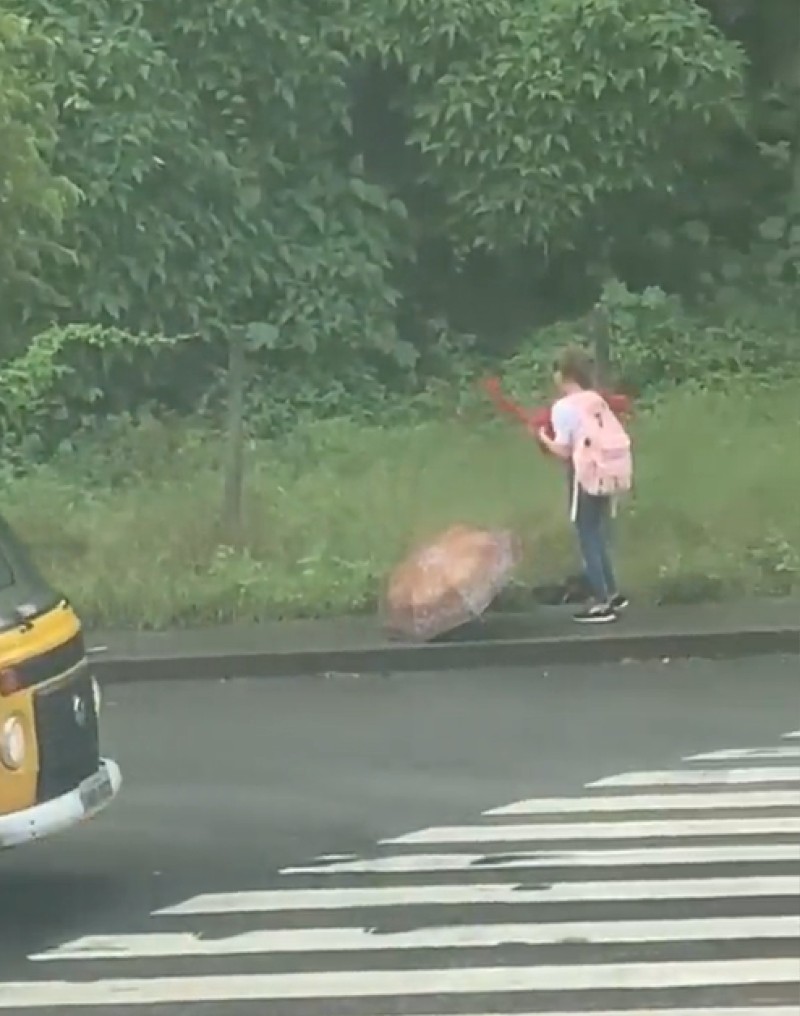 A resident across the street noticed it and managed to shoot a short video from her window. She called the girl a real angel: “It all happened quickly, but the moment was very touching. I sent the video to an acquaintance to try to find this angel girl and find out what happened to the puppy,” the woman said. 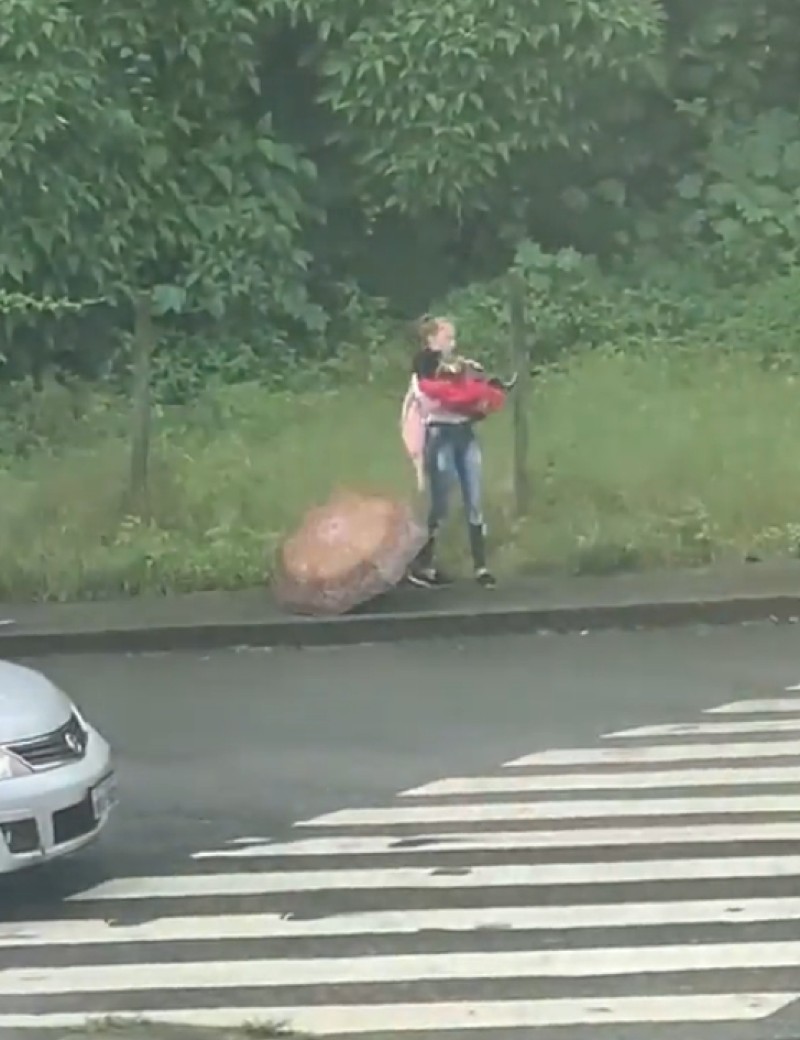 The girl was able to be found. Sibeli, 12, said there were wounds on the doggie’s body, and she decided to help it. She brought the little girl home and, with the help of her parents, took care of it. Later, the family decided to keep the doggie with them forever – it was named Precinha (Pretinha, from Portuguese for black). 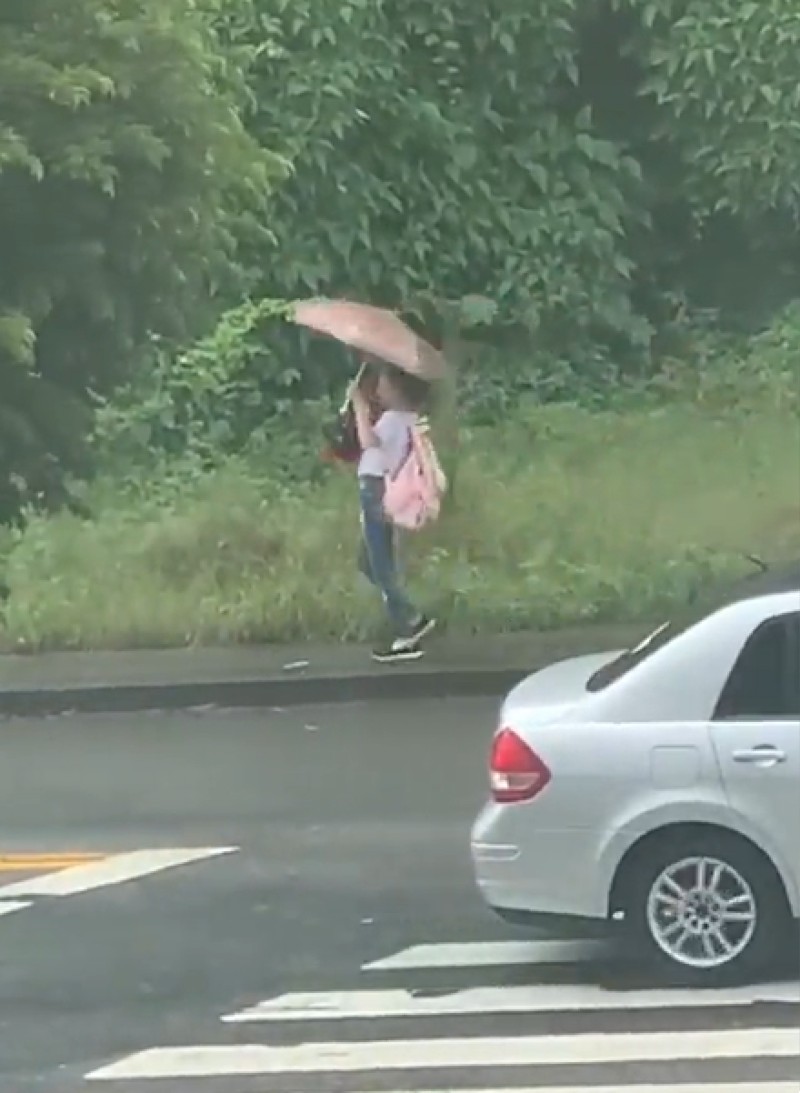 No one knows how Prechinya ended up on the side of the road that day, but thanks to a kind girl with a big heart, it now has a home! The dog lives in love and care, and the whole family can’t get enough of it. Thank you for the rescue! 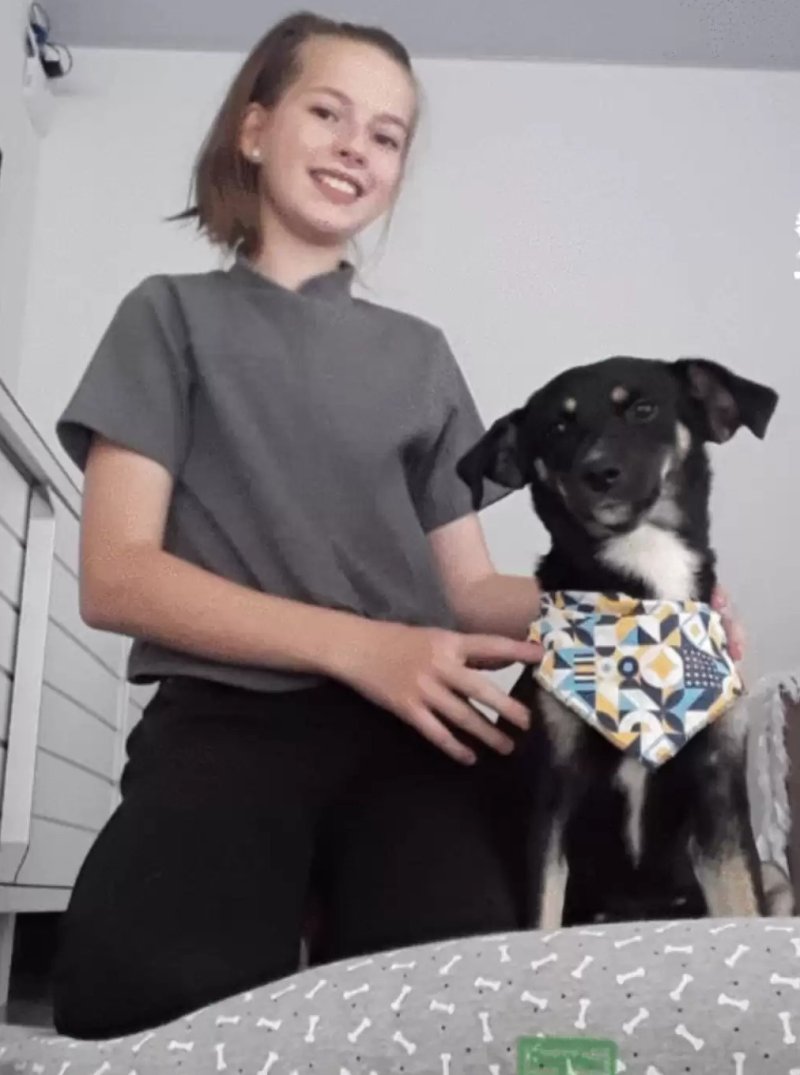