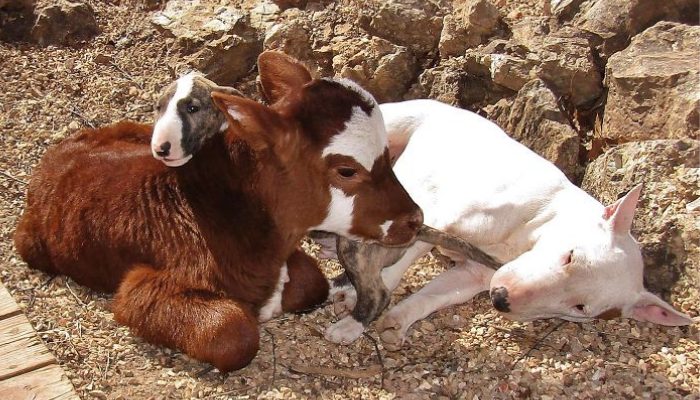 The rescue company is home to a little cow called Moola.

As the 12 dogs on the farm are its closest buddies, Moola is a rather unique cow. Moola came to the farm after being bought at an animal auction. 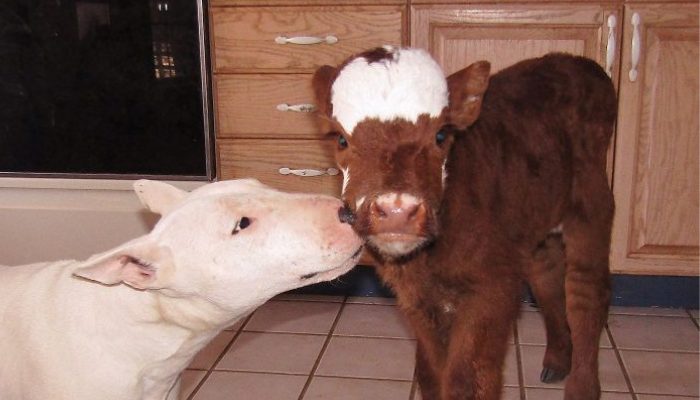 Compared to normal calves, it was unusually small. Besides, it is rare to see such cows at auctions.

The mini cow was bought by a friend and taken to an orphanage. 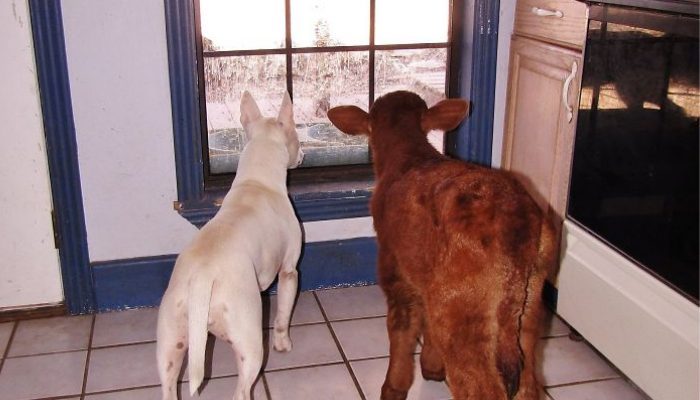 Moola is kept inside the house, not outside with the other cows because it is still so young and eats milk.

This is the first time the Moola has faced the dogs inside the house, which were also rescued in another situation and brought to this farm.

Surprisingly, the cow spent the most time interacting with Spackle, a white bull terrier.

Ше enjoys associating with kids and is right away cordial to Moola. After spending six weeks in a home with dogs, Moola likely came to believe that ше was one of them. 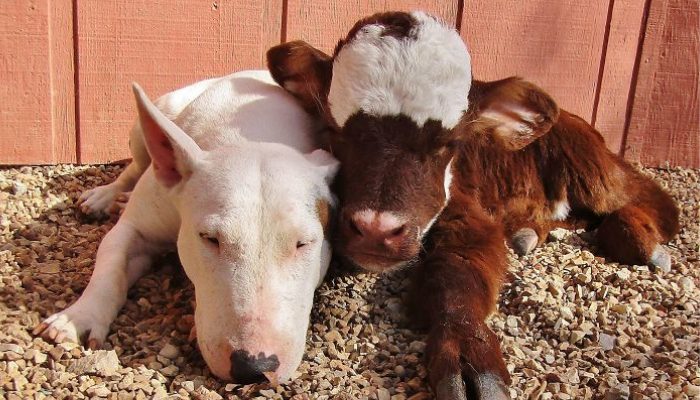 However, the cow has just met another rescued calf and has briefly gone outside on sunny days.

The owner believes that Moola will now realise that it is still a cow.