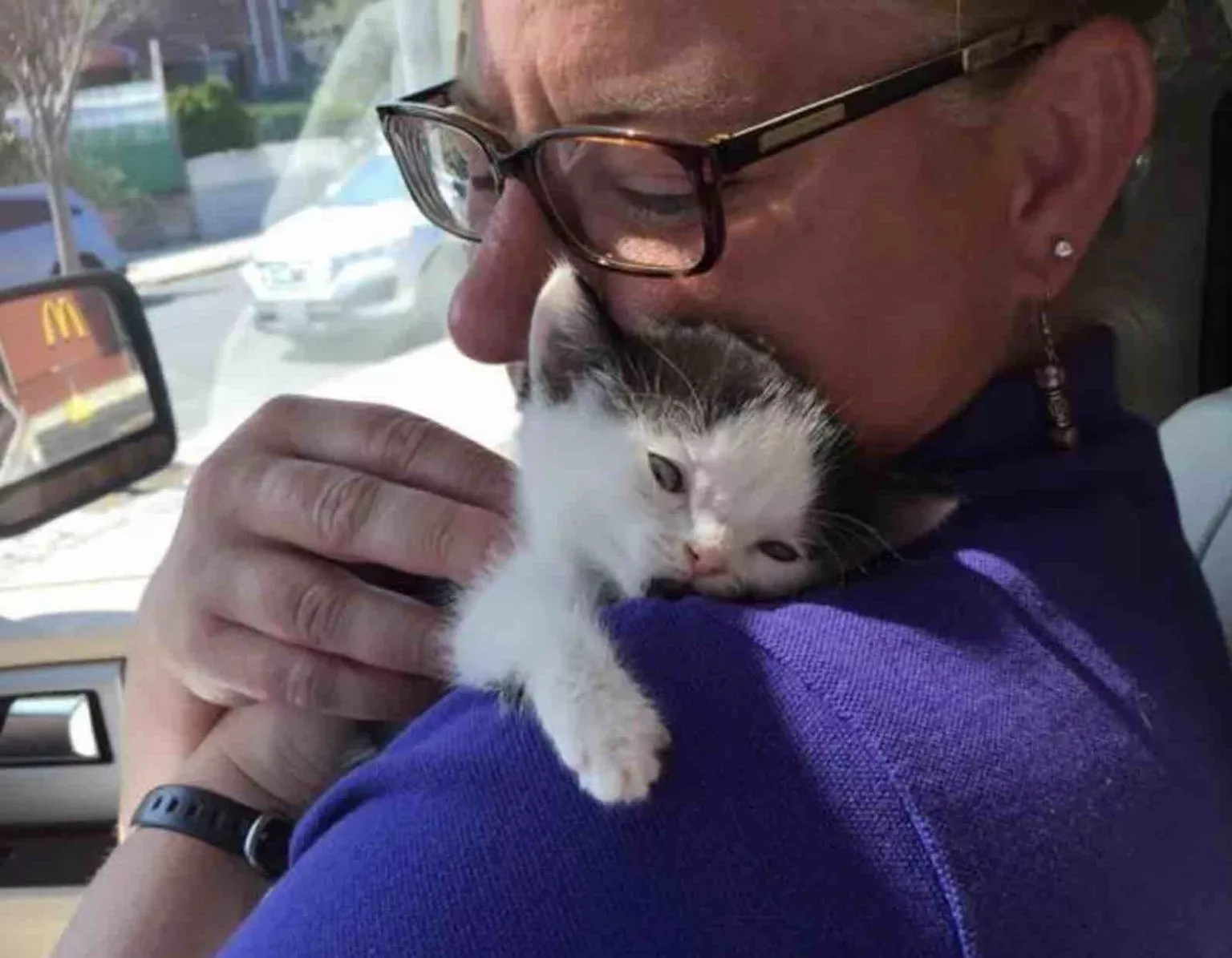 A tiny black and white kitten was born with hydrocephalus (commonly known as water on the brain) and many skeletal problems.

Of all the people that came to the shelter, no one was interested in giving him a home, but all that changed when Lisa spotted him.

He was just 13 weeks old and weighed 14 ounces when Lisa rescued him in the nick of time, he was about to be euthanized. She decided there and then to adopt him.

This meant little Zeke had to get on a plane and fly from Texas to New York City, this brave and determined kitten was on his way to a new life.

Despite all his difficulties, Zeke settled into his new home, he quickly worked out how to get around on his ‘twisty legs.’

“Zeke is hysterical, behaving as any normal kitten should, and despite all of his disabilities, he has a heck of A LOT OF ABILITIES!!!” Lisa wrote on Facebook.

“He is such a smart little guy for all his issues, she added. “He knows his name, comes when you call and you can see how frustrated he gets with both of his front legs when he cannot do something. It is amazing the amount of higher intelligence that he possesses.”

Zeke quickly bonded with the other kitty in the house, Super Hero. His new sibling was also born with hydrocephalus – so they had a lot in common.

Super Hero took Zeke under his wing and watches out for him like a little brother. If he sees Zeke going somewhere he shouldn’t, he gently herds him back into the room or gives him a little tap with his paw.

Zeke loves his new family and new life, he lives in a caring household full of love and happiness.

UPDATE: Zeke is now all grown up and he has the most beautiful eyes.

Without Lisa, he may never have found his forever home. His story is a great example that love can work miracles.