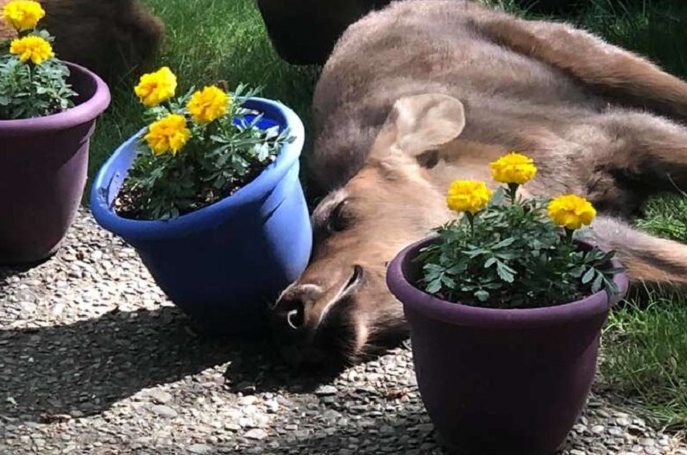 An Alaskan resident spent an amazing day watching a moose family camped out in his backyard. It is not often possible to see these wild animals at a distance of several steps. 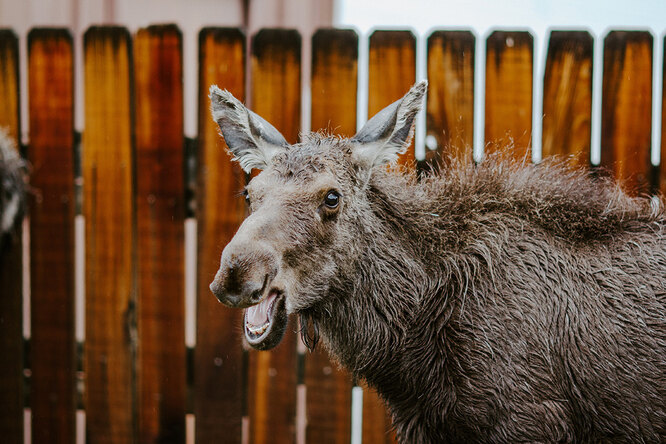 A resident of Alaska, Roland Rydstrom, witnessed a very unusual picture in early summer. When he woke up in the morning and opened the curtains, he found a moose with two cubs sitting comfortably in the backyard. The animals are sprawled out on the grass, taking sun baths. 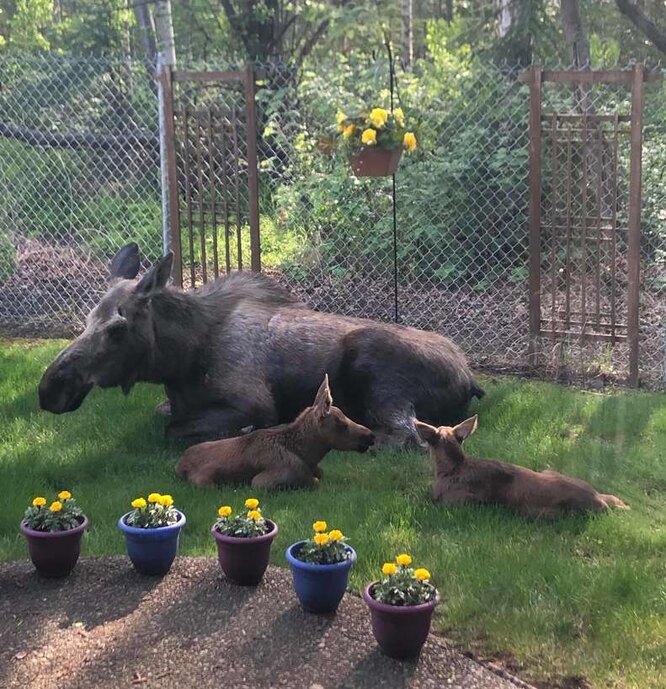 Roland knew that a couple of weeks before, two females had given birth to moose calves in a nearby forest. But he only saw them in passing when they passed through his territory. 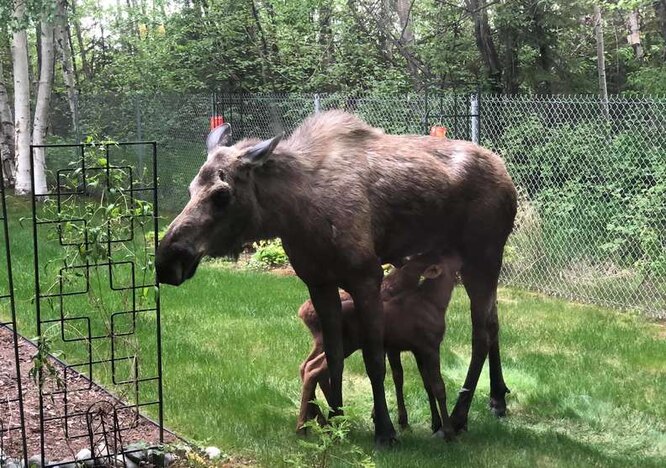 It seemed that the young mother was not much bothered by the proximity of a person. She didn’t even look at Roland, who was looking at her family with interest. Moose was satisfied with everything – and the size of his backyard, and the environment, and the quality of the lawn. Taking advantage of the moment, Roland took several photos of animals that are rarely seen at a distance of several meters.

After that, the man sat down to work, expecting that the moose would soon get up and leave. But no – they only turned from time to time, exposing one side or the other to the sun’s rays.

“It was so great to watch the kids basking on the grass!” recalls Roland. 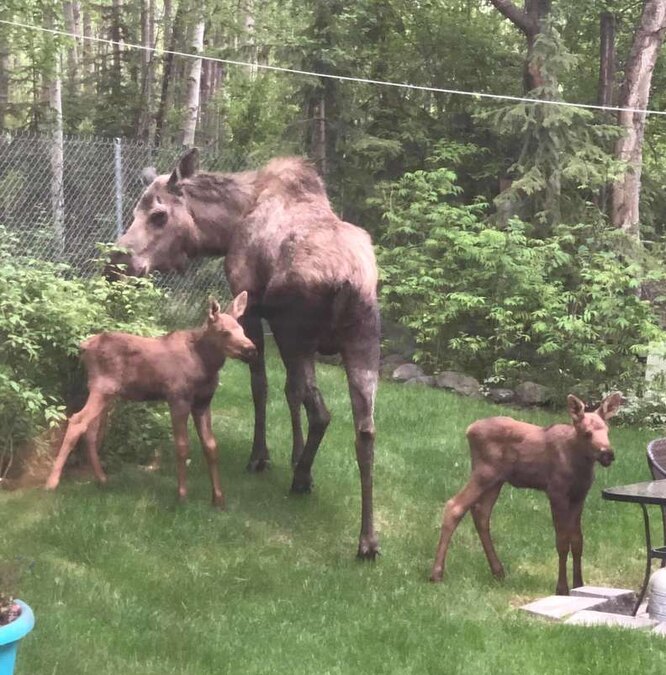 Twice that day, the moose family went to the forest, and then returned again. On the way, the animals tried everything that grew and stood on the site. Curious moose calves even tried to chew garden chairs.