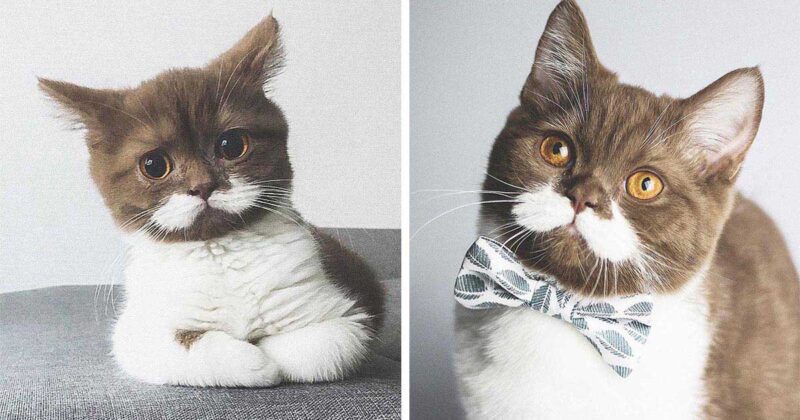 There are a lot of animals on Instagram with unique characteristics, but we’ve never seen a cat with such perfect and outstanding whiskers as Gringo’s, a one-year-old British Short-haired cat who lives in France with Sabrina and Romain, and his brother Milko.

Sabrina says, ”Gringo is a happy kitten, full of life and with a very pleasant personality. He loves to play all day and all night, climbs curtains, scratches the couch, and jumps over plants.” 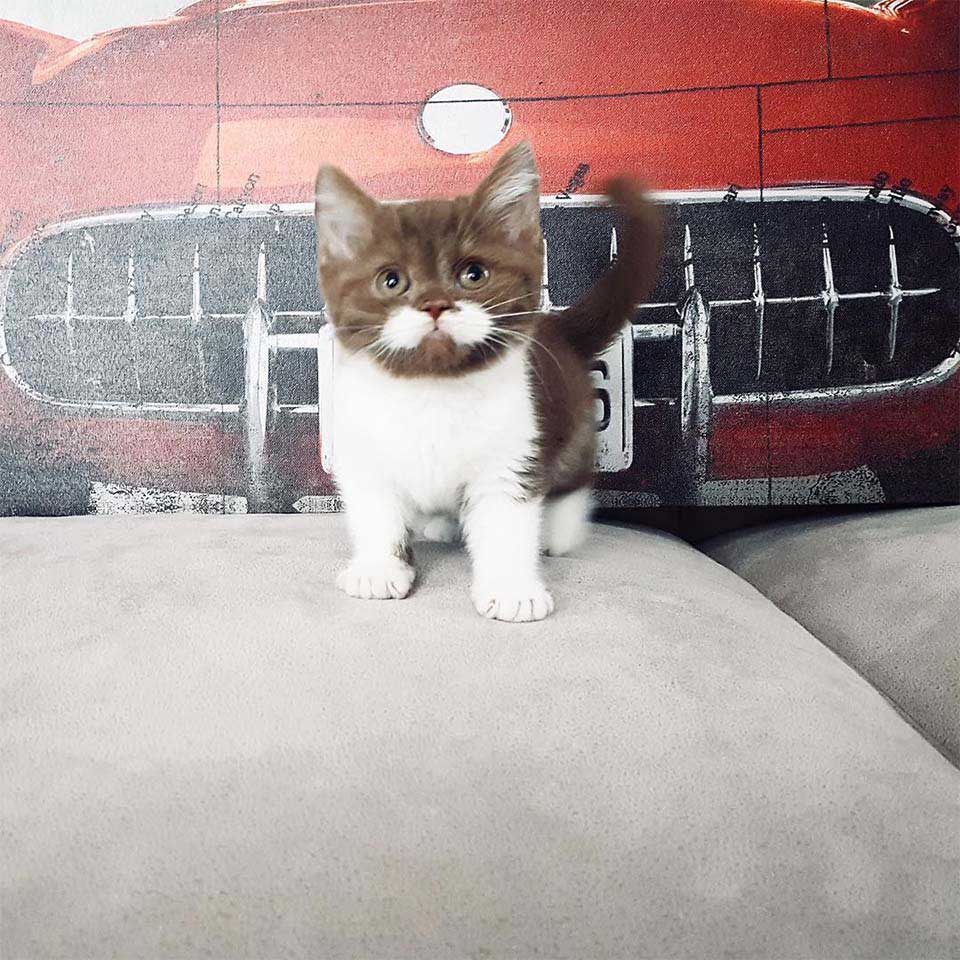 He is as happy as any other cat, with the only difference being that he has a perfect white whisker. 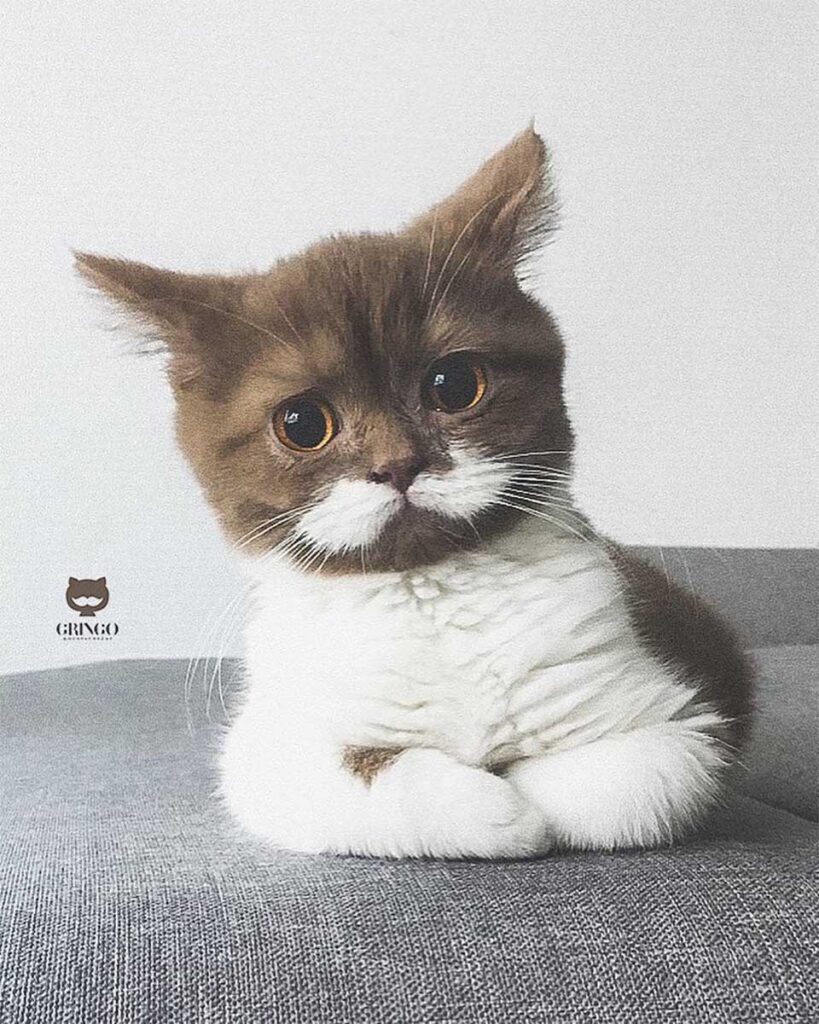 Sabrina adds, ”He likes to stand on his hind legs like a meerkat. He can stay in this position for several minutes and it’s fun.’

Gringo’s appearance is definitely unique, as is his behavior. 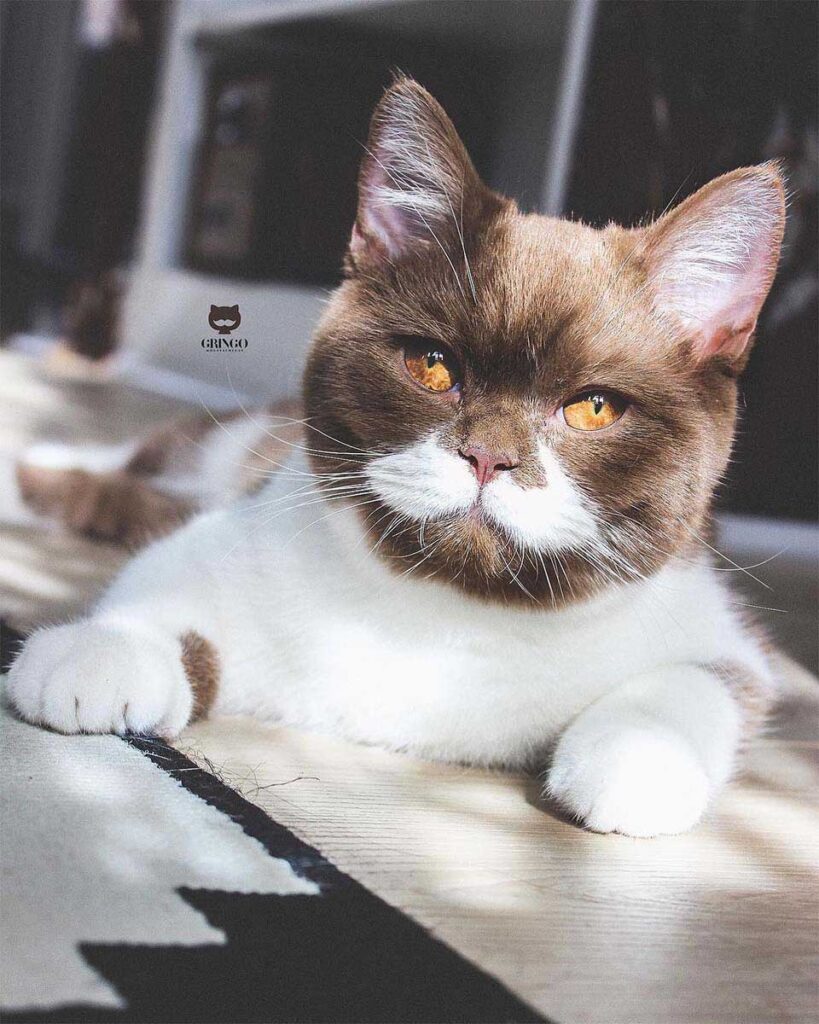 Sabrina says, ”Gringo is always sniffing our dishes to see if there’s anything tasty he can eat, and he loves to steal our kitchen sponge just to chew on it, so we have to hide it all the time.” 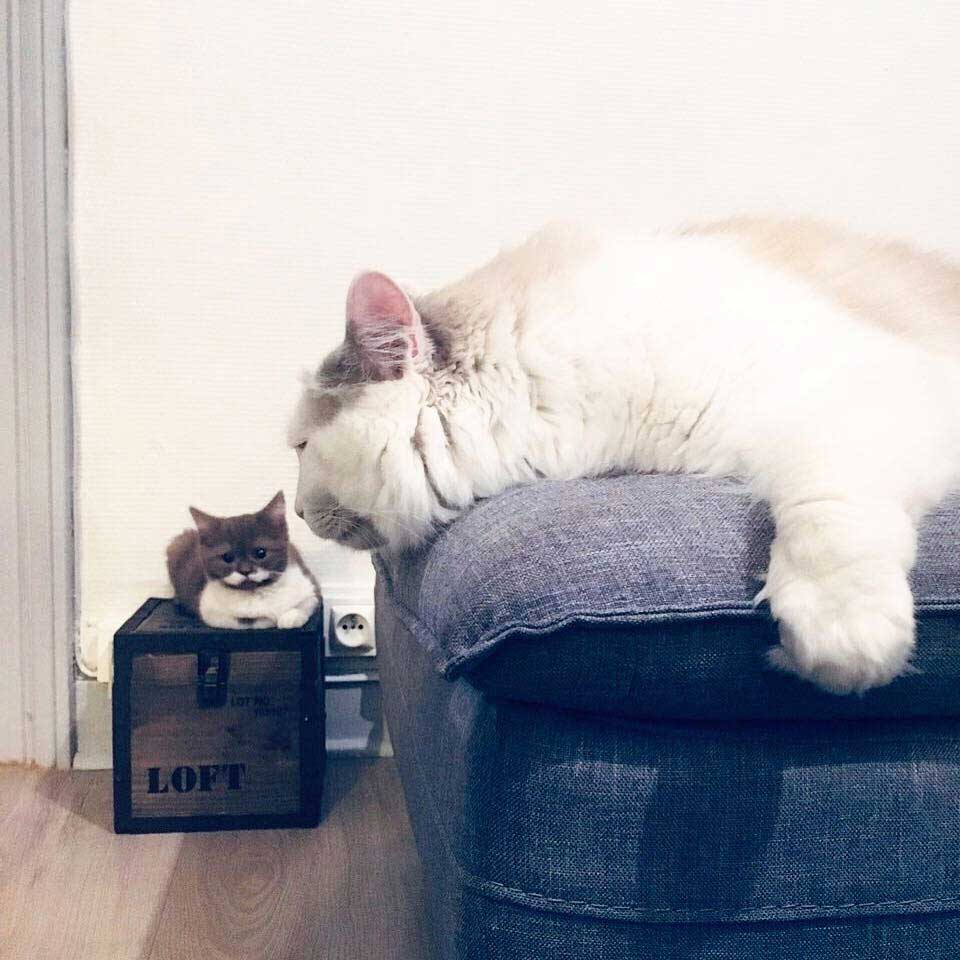 Sabrina and Romain already had a cat named Milko before Gringo’s arrival, but they were always thinking about looking for another cat, and when one night saw a picture of this mustachioed cat on the Internet and instantly fell in love with him. 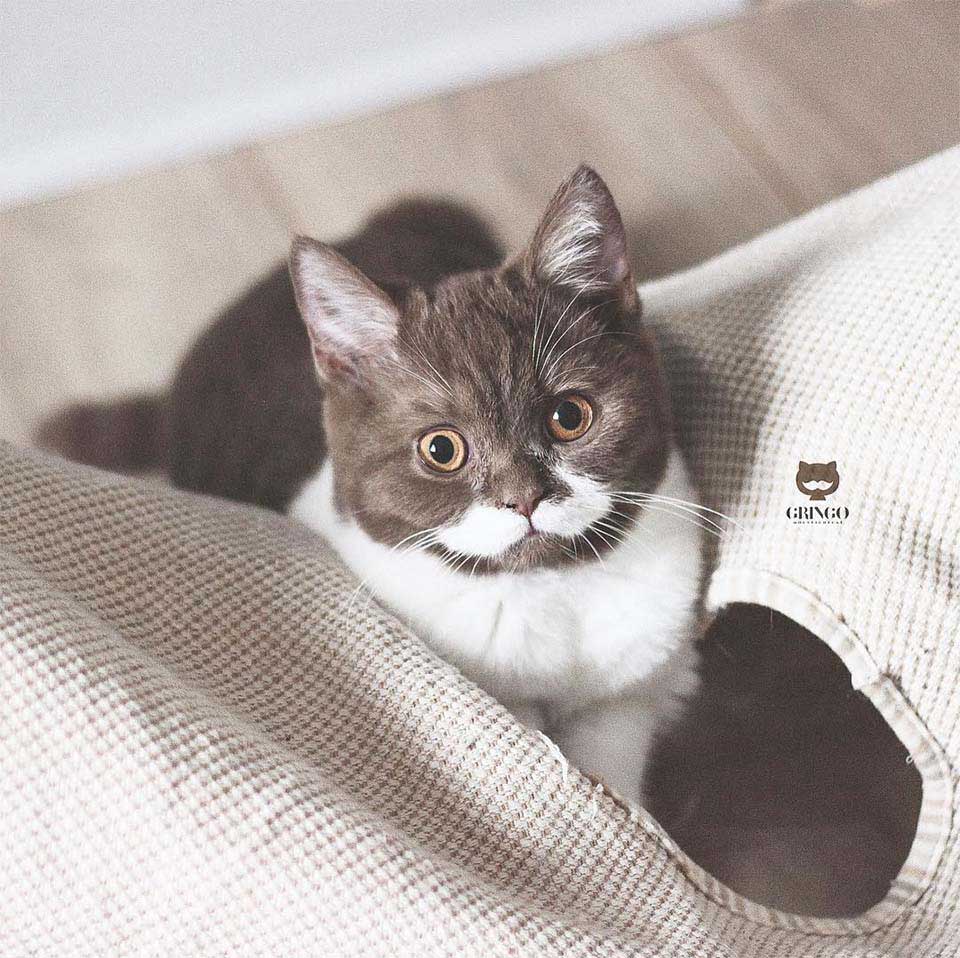 Gringo was 3 months old when he was brought home, he was a very sweet and friendly kitten, so he immediately became friends with Milko, and they became inseparable. 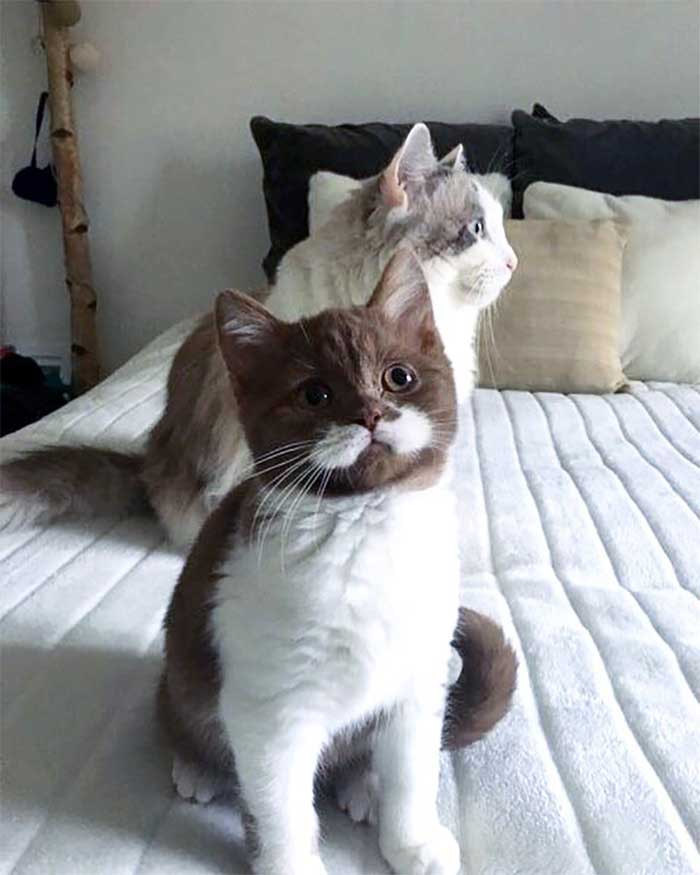 But they are also very restless, they are like a kind of furry and charming tornado that flies around the house from dusk to dawn. 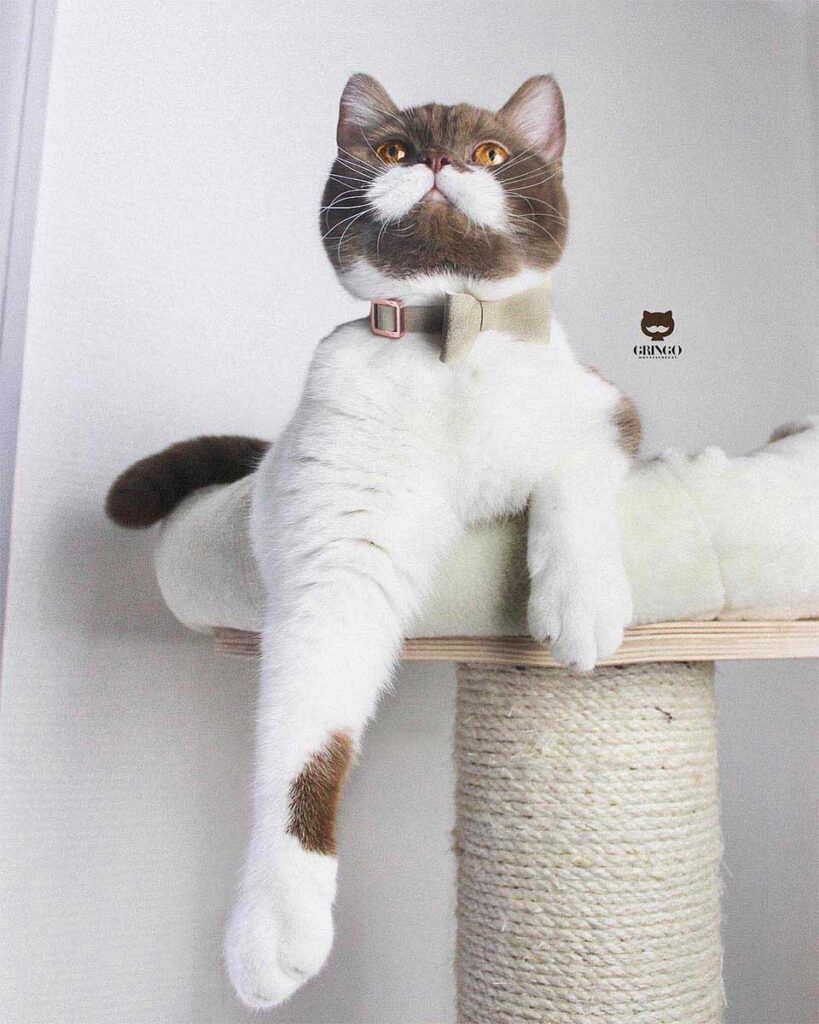 Gringo is a cat with such a fancy mustache that he only needs a top hat, round glasses and a pipe and should have his own Victorian detective show. 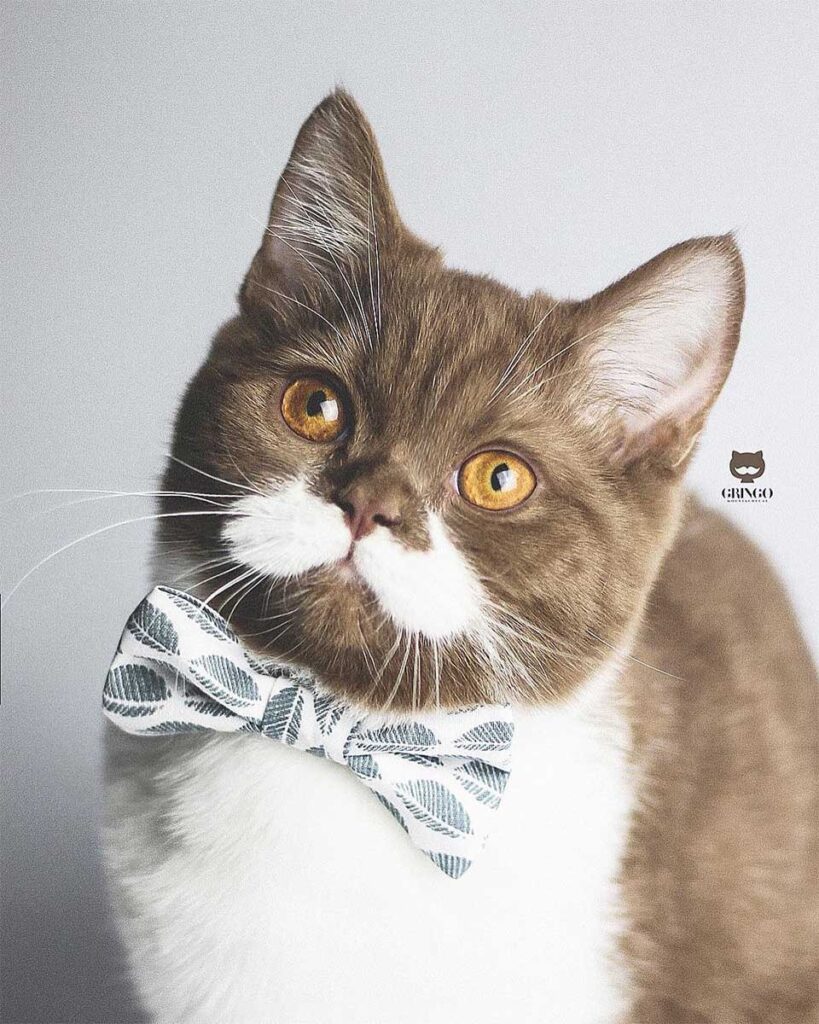