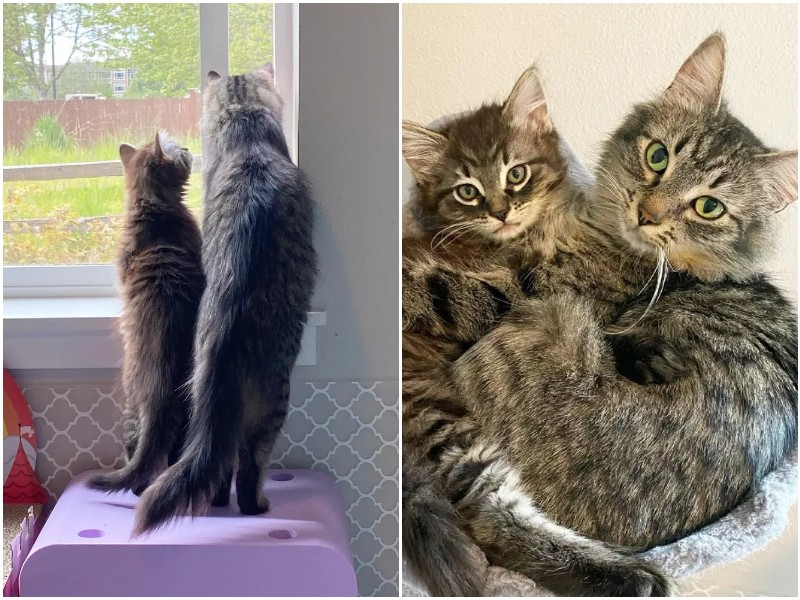 People noticed this mother cat with a tiny newborn kitten on the street. The mother covered the kitten with itself and protected it in every way because it was the only baby it had.

A cat with a little newborn kitten was found on the streets of Washington, USA. The caring mother was protecting its only little one by covering it with its body and looking for food for it. Kind people spotted the feline family in time and reported them to rescuers. 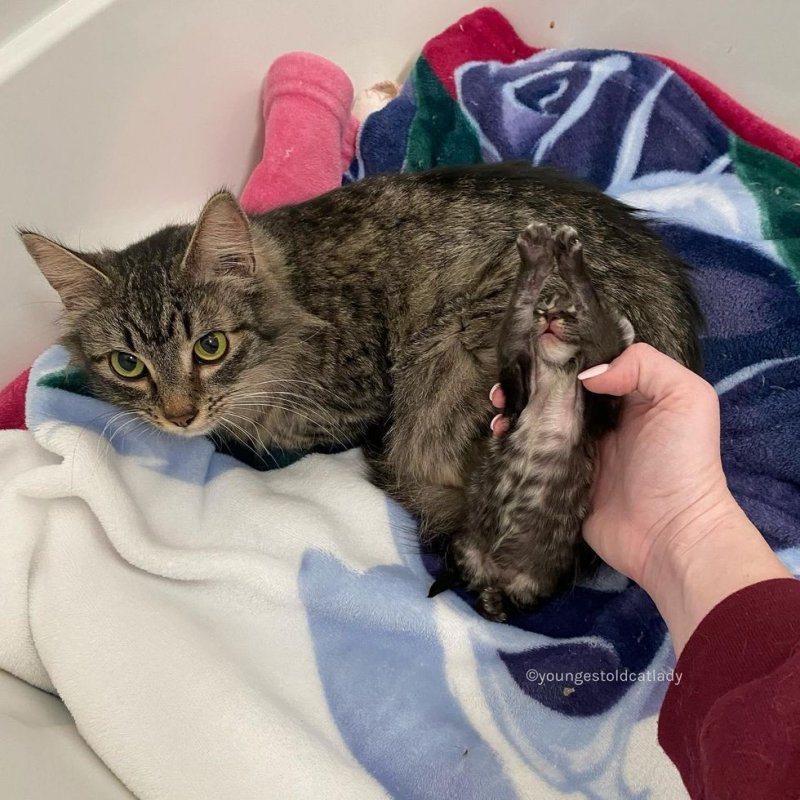 The cat was rescued by a volunteer named Ashley Morrison, who took the couple into her care. At first, the mother cat, named Scarlet, was very shy and would not leave its cub’s side. When they were given a soft cot and some food, the mother calmed down a great deal. 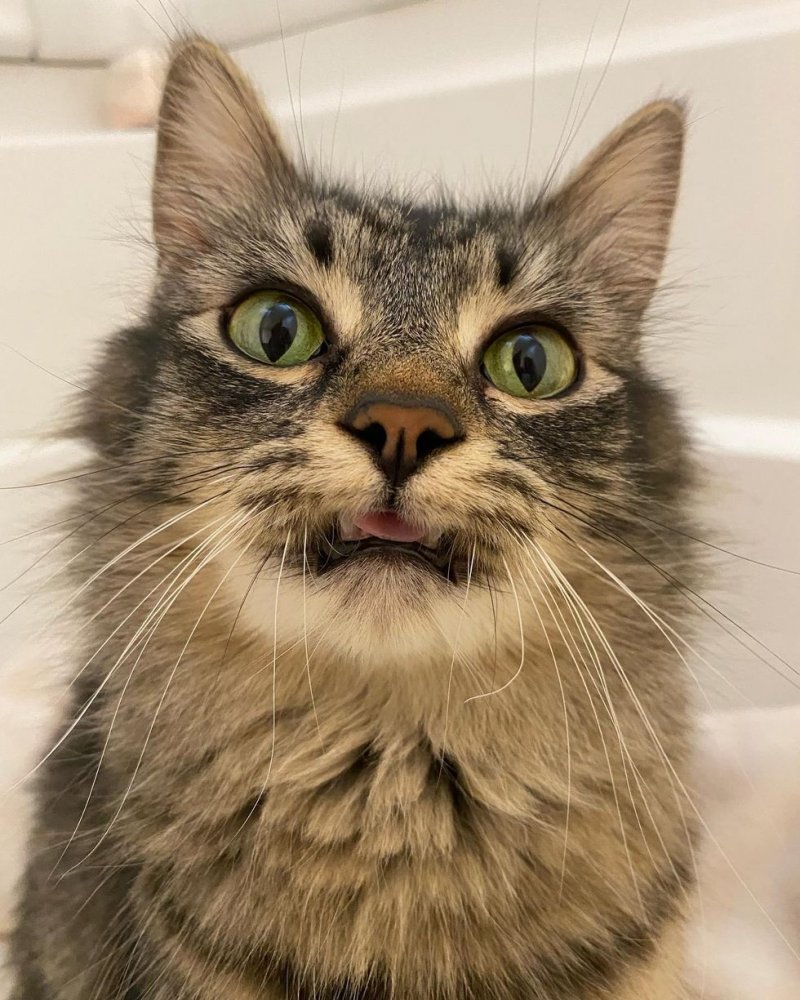 Knowing that her baby was safe, Scarlet calmed down and began to open up – the cat interacted more with its guardian and asked for affection from her. Meanwhile, its kitten, Scout, was growing up healthy and active. 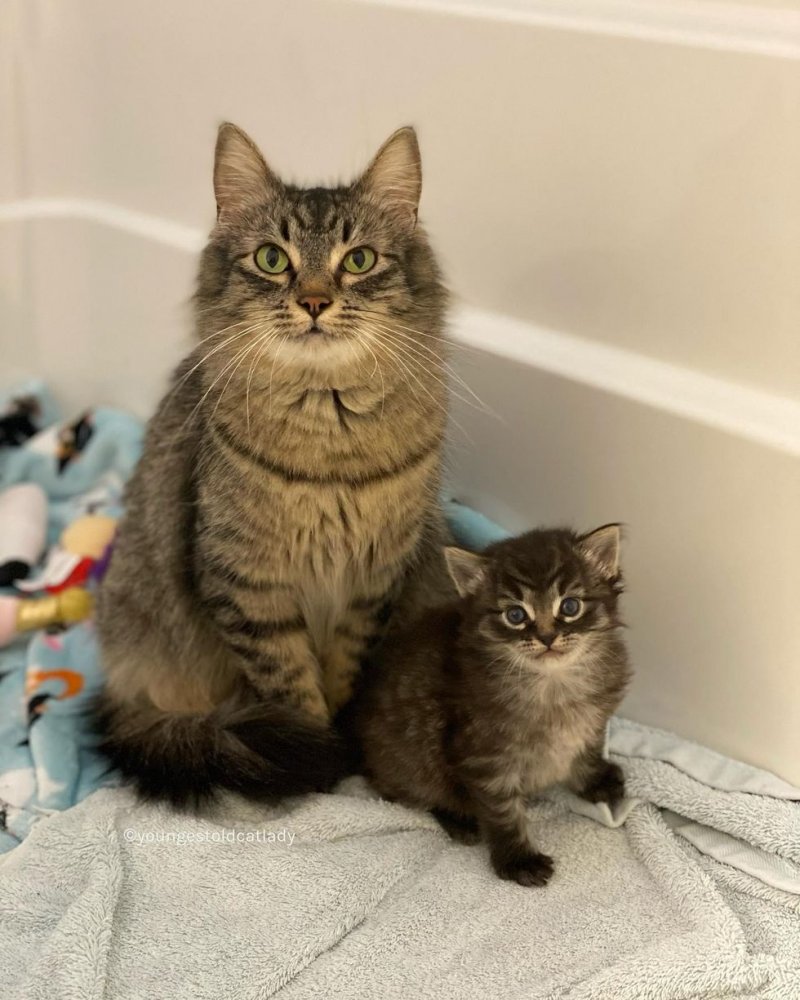 As Scout grew older, the guardian noticed how much the kitten resembled its mother – it was almost a mini version of its mother. Soon they were playing together, and Scout was actively exploring the house while mommy kept an eye on it. 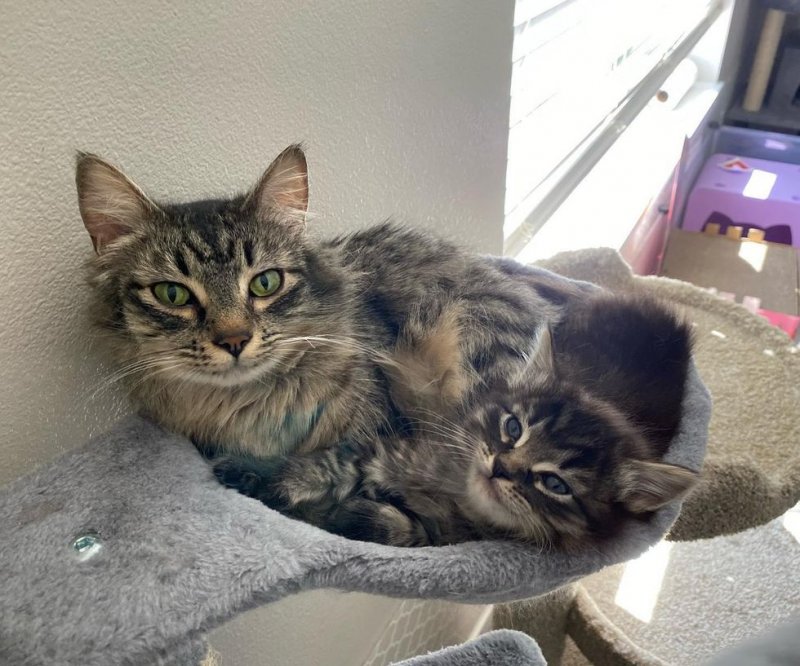 There was a strong bond between the mother and its baby. They did everything together, and Scarlet was happy to teach its son all the important cat stuff. Even when it was old enough, Scarlet continued to care for it tenderly. 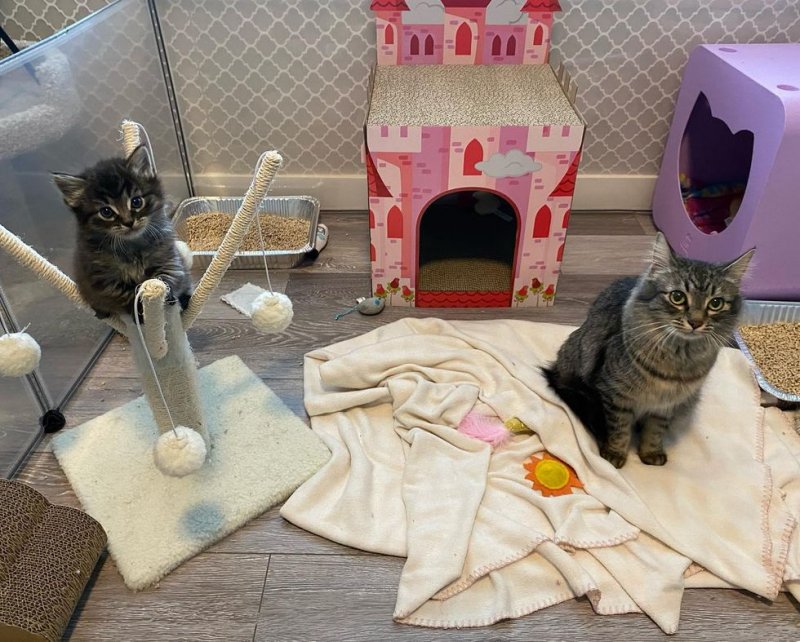 When they started looking for owners for the family, they didn’t have to wait long. A woman had been following their story online the whole time and decided to take the couple in. 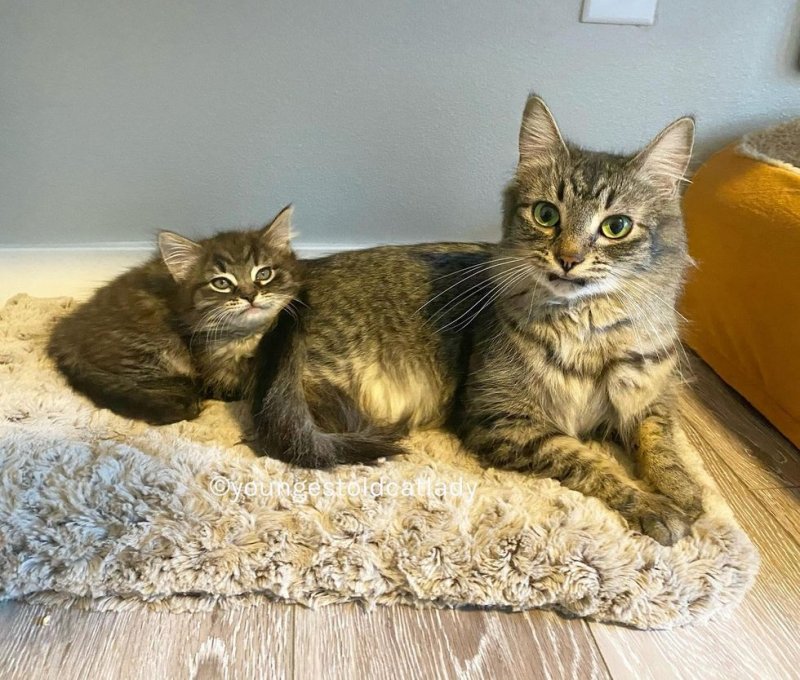 Now Scarlet and Scout are living with a loving owner – they are surrounded by care, and not so long ago they couldn’t even dream of it. Many thanks to the kind people who rescued these fluffy animals! 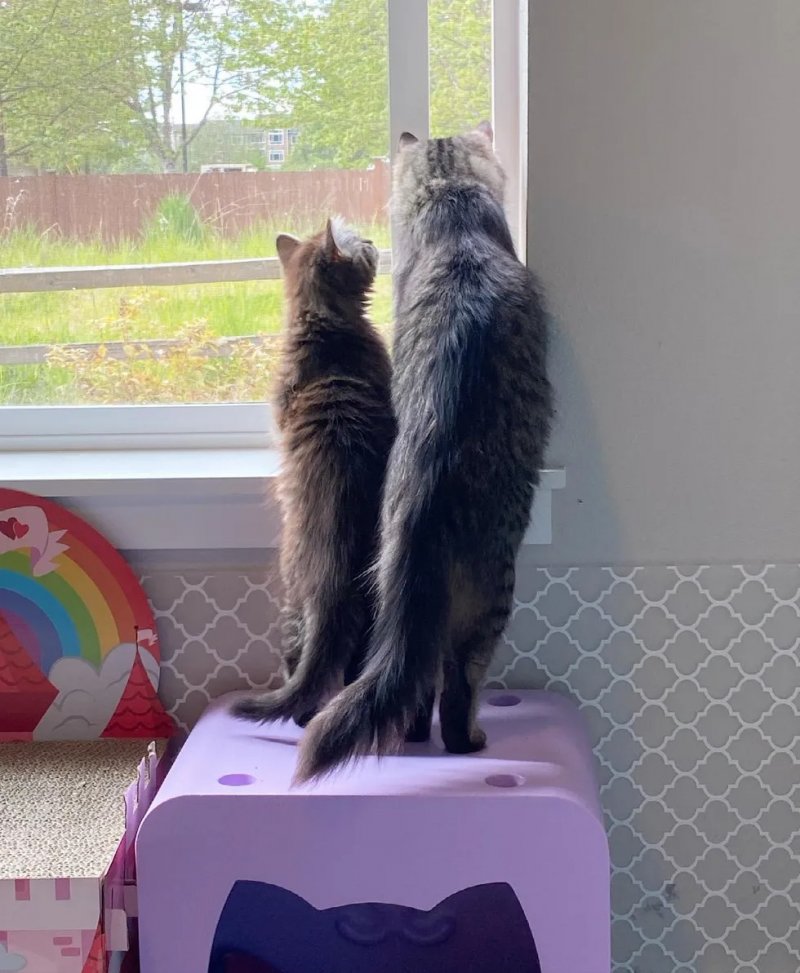