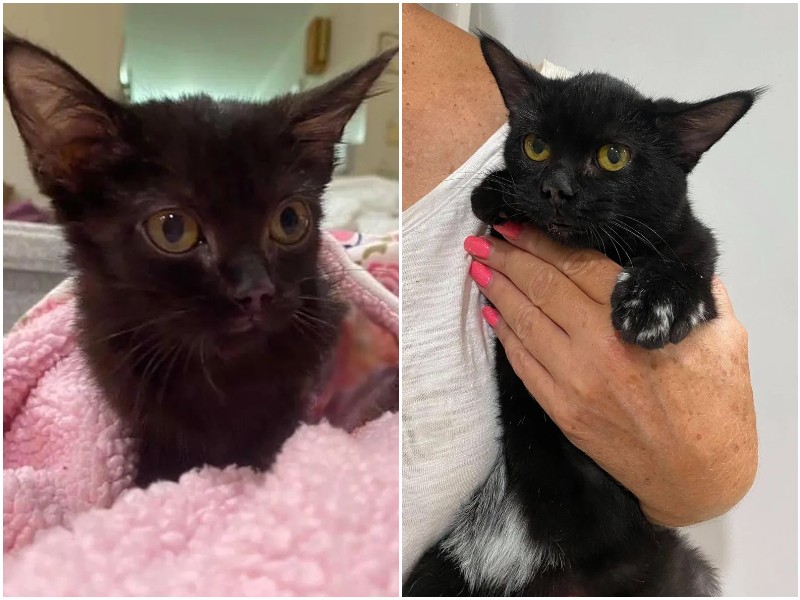 A special kitty with an unusual appearance and several ailments was in desperate need of help. People couldn’t imagine what it went through when it was on the street. 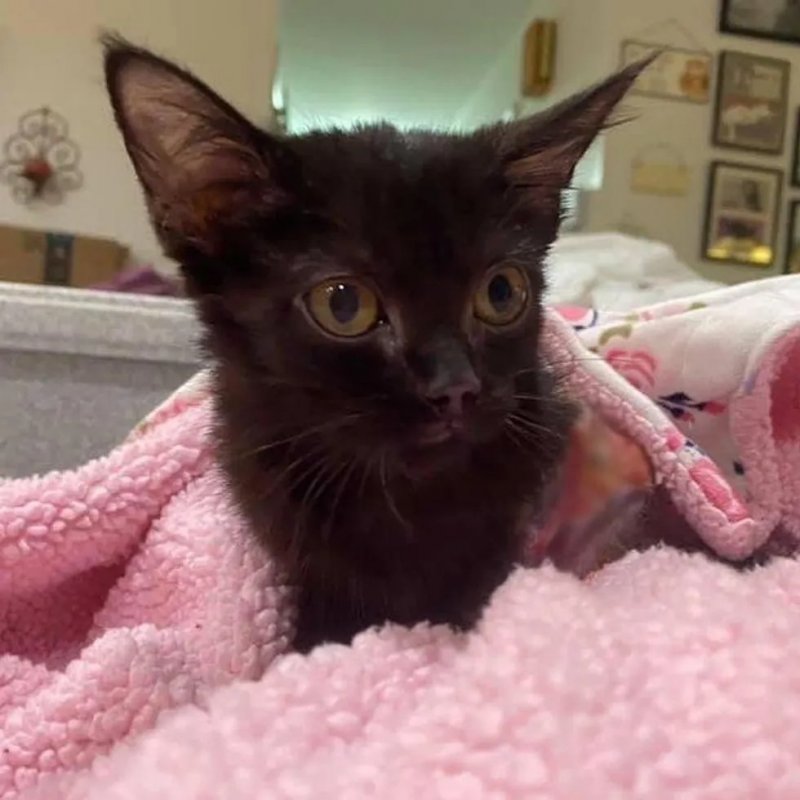 This little kitty with peculiarities of appearance was noticed on the street in Florida, USA. The poor girl was covered with several burns, and people did not understand what had happened to her, that she was in such a state. They were ready to help her and give her a new life.

The cat was taken to the orphanage of Fox Foster Kittens. Veterinarians determined that she was about six weeks old, and she was in a very bad condition. But despite all the difficulties she had to endure, the baby was very grateful to the people and did not stop purring. 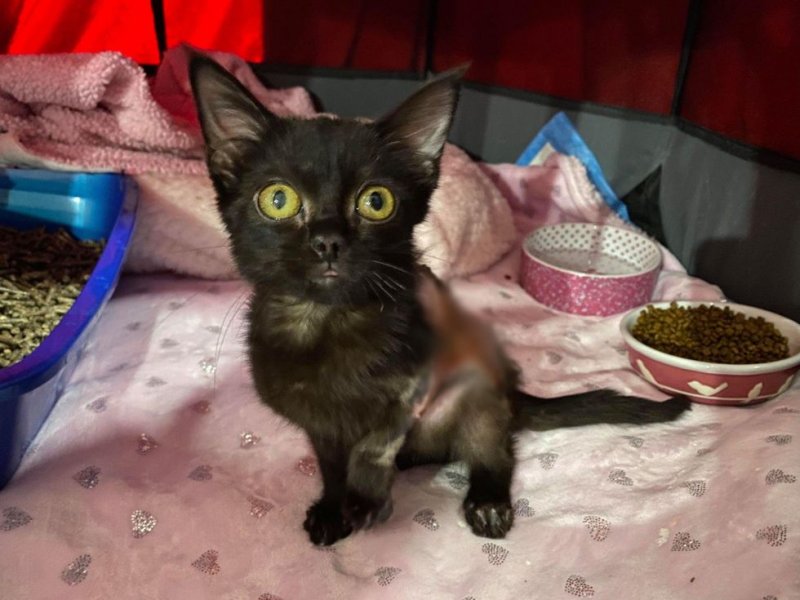 The cat was given the name Bernadette, and the volunteers began to take care of her sensitively. The volunteer took her into temporary care and helped restore her health in every possible way – with medication, bandages, antibiotics, and other therapies. 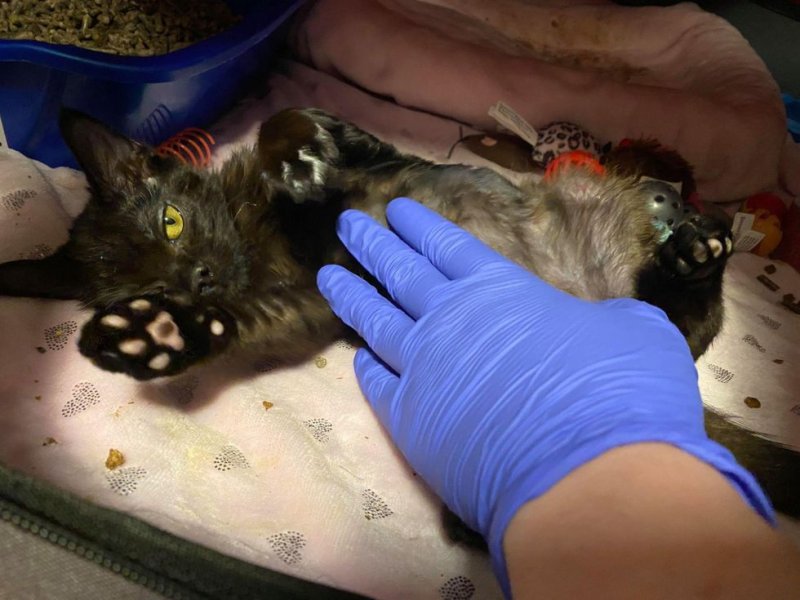 Every time she saw the guardian come into the room, Bernadette was happy and lay down with her belly up and waited for affection. Every day the baby made new victories, becoming stronger. 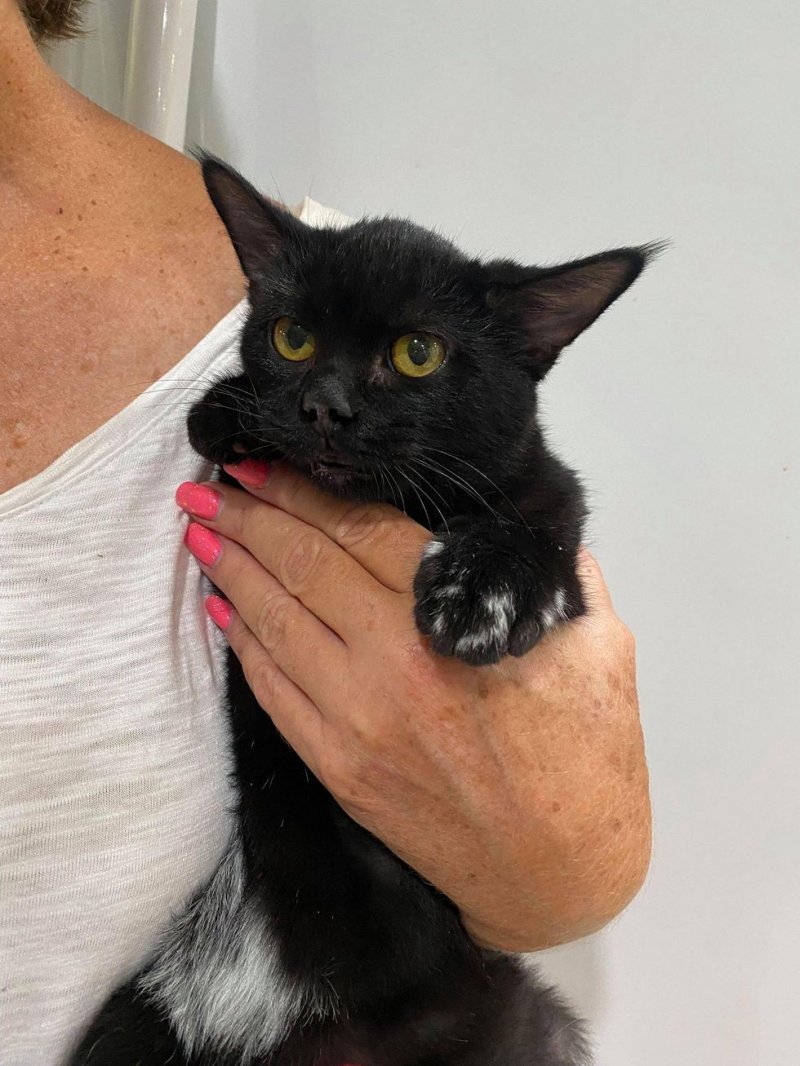 After a couple of weeks, she began to grow fur on her back, where there had been burns before. Interestingly, in place of the damaged skin, she grew white fur, although the kitty was completely black. 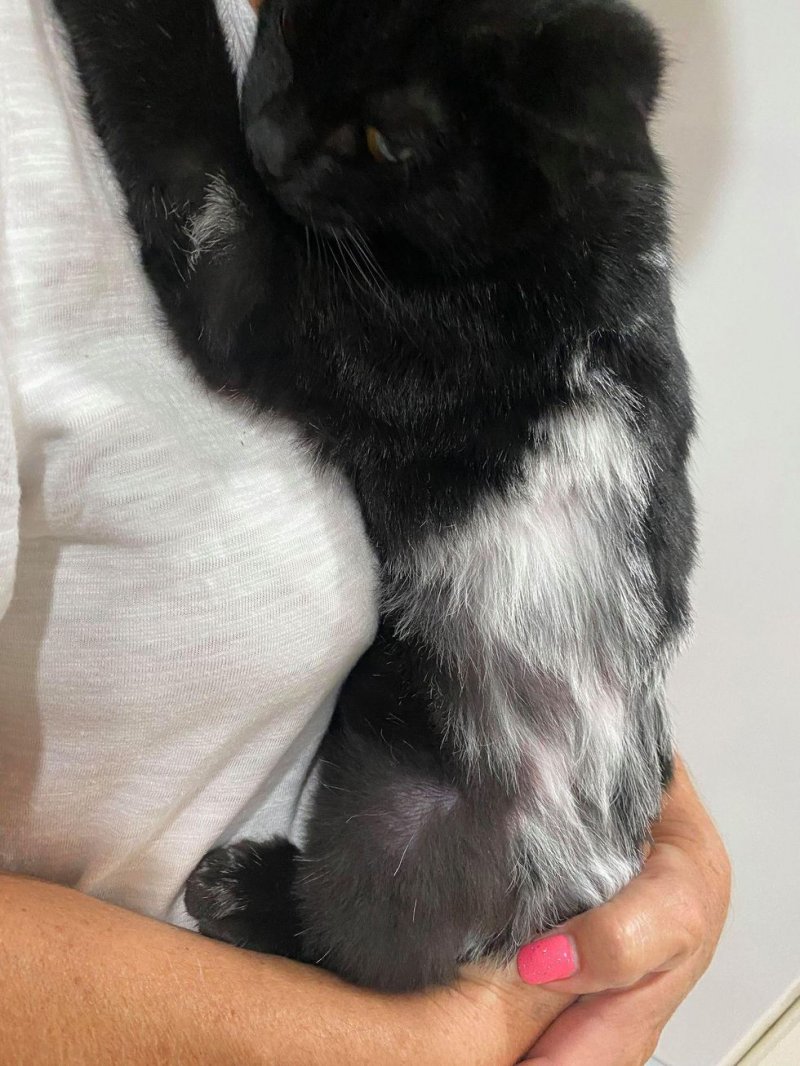 After a month of care, Bernadette recovered and was ready for a new life. A family was quickly found for her, who gladly accepted a new pet. Be happy, baby! 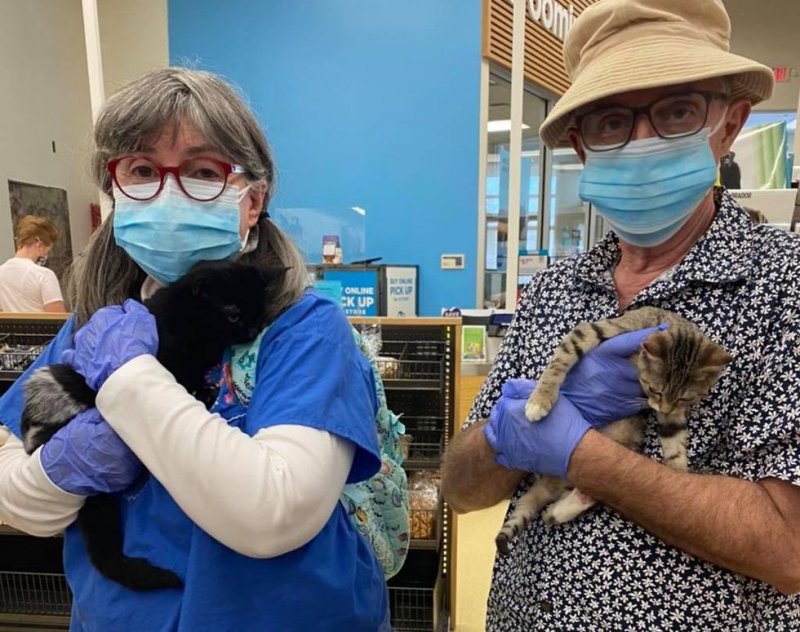 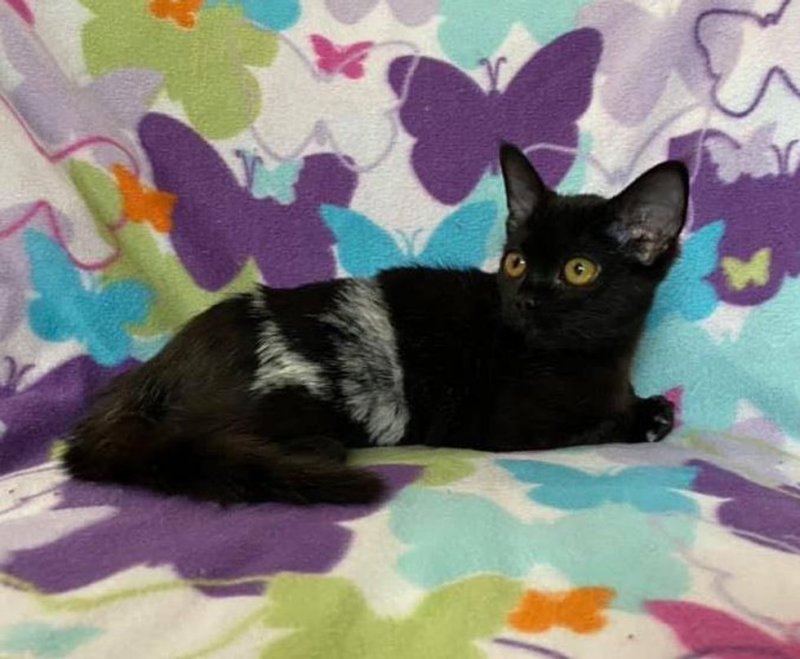