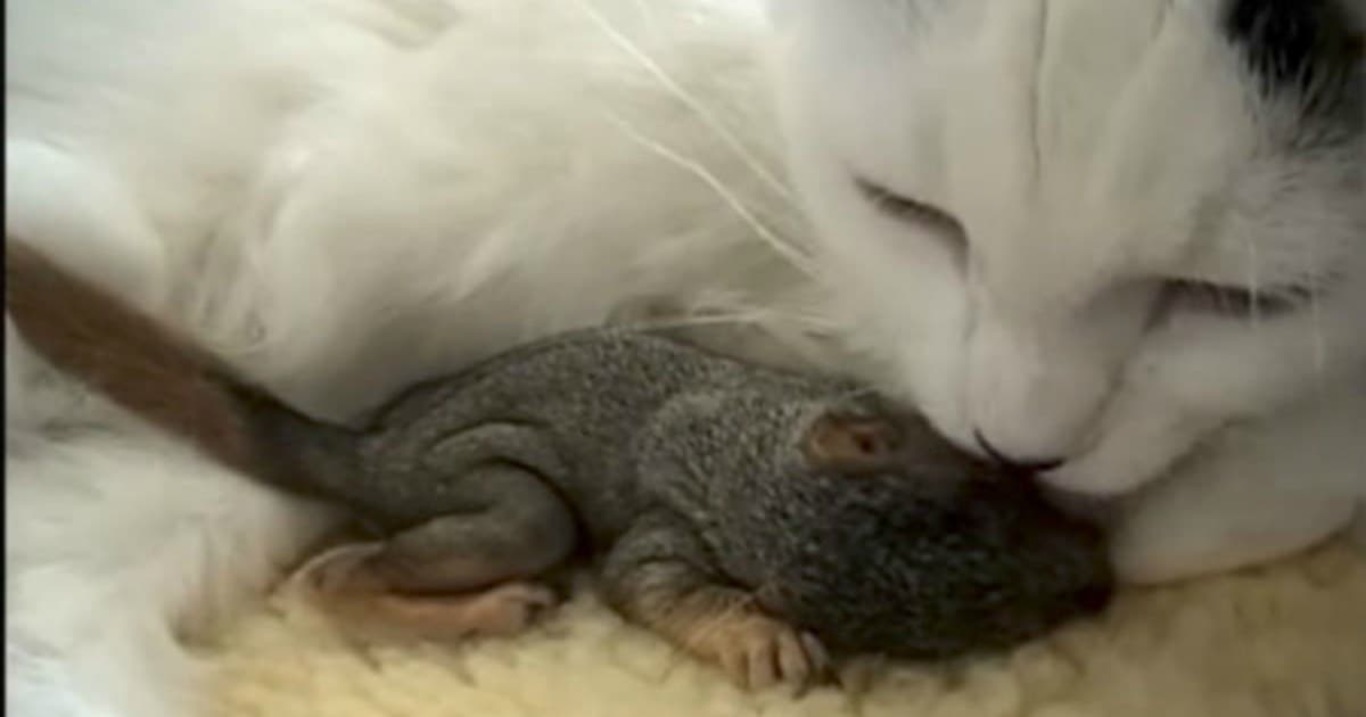 Many people think that a dog can only be human’s best friend. However, we’re sure that cats deserve that title too! And there are some furry ones out there who could be called heroes!

Cats are independent and affectionate. Sometimes they seem to need us more than we need them. Cats sense when we need their love and affection. That’s when they snuggle as close to us as possible and start purring.

However, one kitty stepped over its feline instincts and did a real heroic deed. 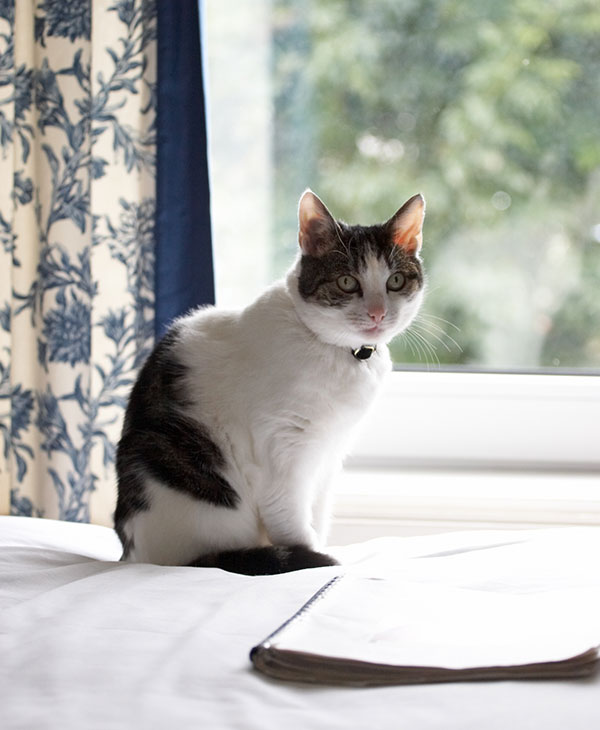 Kitty Stella has an affectionate and kind disposition. It loves to be near its owner Mandy when she is petting it and it sleeps on her legs. That is, it behaves like many typical cats.

One day Mandy went out into her yard and found a tiny baby squirrel in the grass. It looked as if the poor thing had fallen out of its hollow and was lying on the ground. 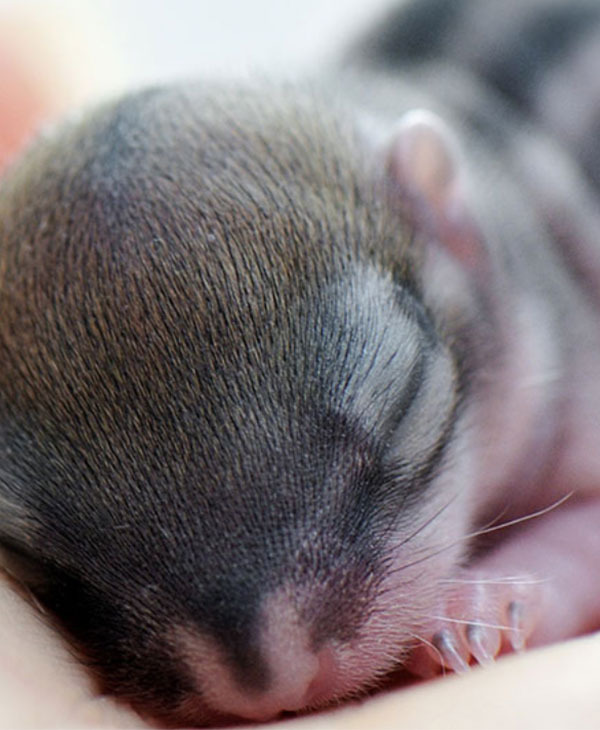 The baby was already quite cold, it was slowly dying.

Mandy was very worried that it was too late to do anything about it. She had never rescued an animal before, but now the baby squirrel had no one else to rely on. 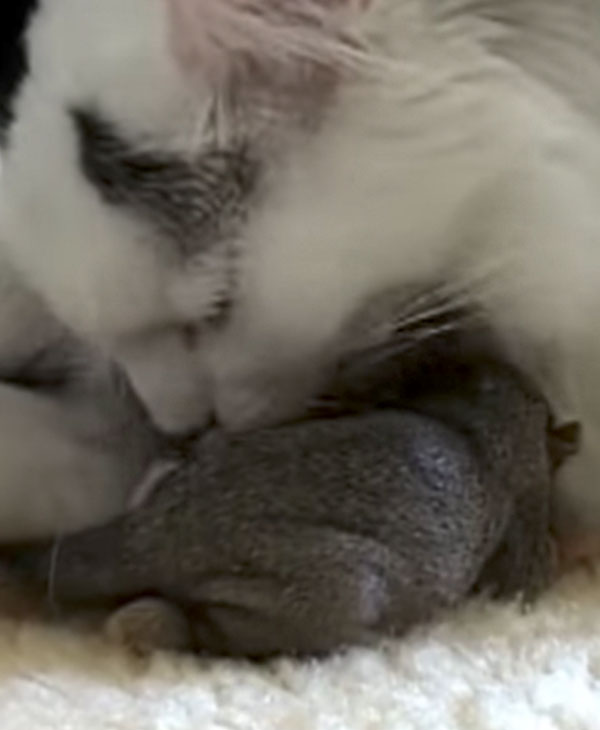 The woman decided to take the baby home. She knew that the baby squirrel could be taken care of by her pet. And so it happened. Stella first sniffed the baby, touched it with its paws and then lay down next to it.

Mandy was enthralled by the sight. The cat spent all its time with the baby squirrel and licked it like a real mother. The baby felt safe and slept for a long time, covered by its foster mum’s fur coat. It knew that the cat would take care of it and thought of it as its mum. 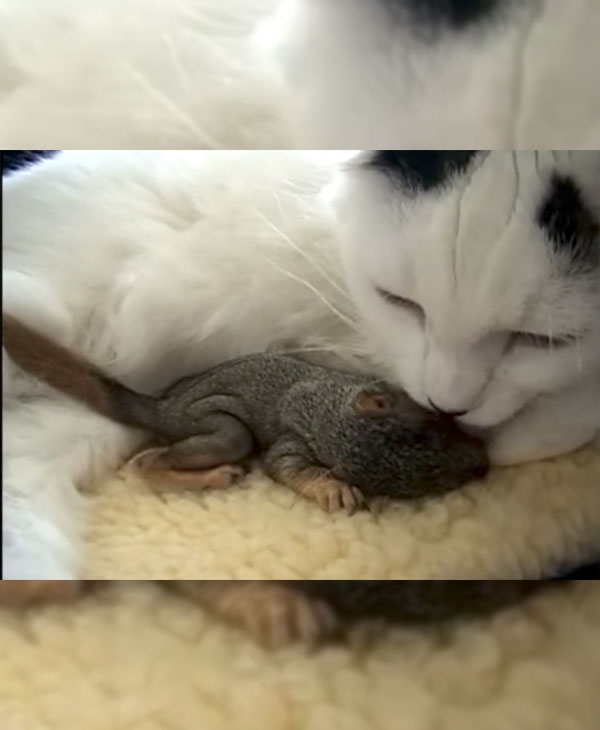 Some animals serve as examples of how to behave towards others. Sometimes our pets are more humane than some people.