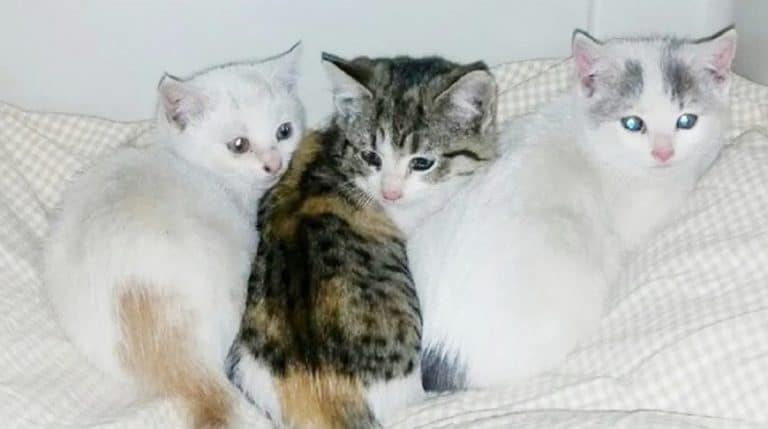 Ezra is a high school student. Right in the schoolyard, the young boy noticed a cat. It was cold that day, and the cat was cuddling tiny kittens…

The caring mother was not too worried about herself at that moment – it was very important for her to warm the shivering babies. After transferring the kittens to an old rug, she lay down, hugging the babies to her. And although the cat was very cold, she warmed the tiny “kids” with the warmth of her body. 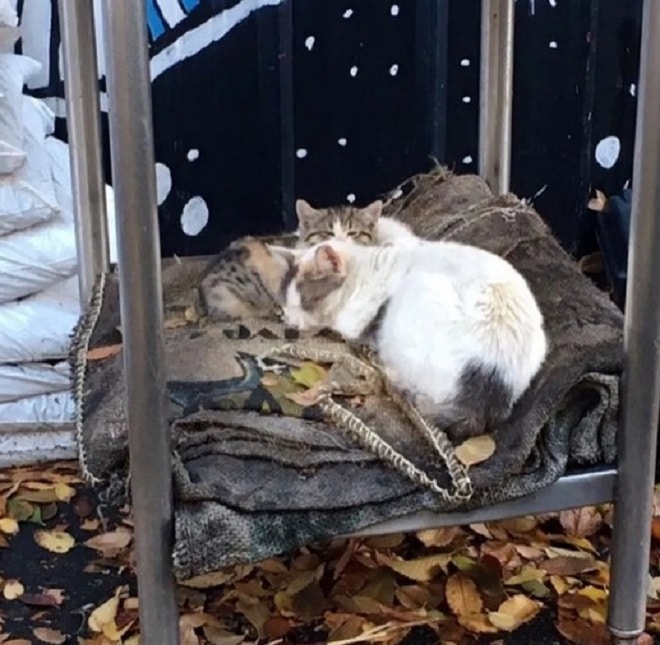 The young guy turned out to be very kind. He couldn’t get past the stray cats, so he immediately contacted the Little Wanderers NYC shelter and asked them to help the four-legged family.

“We were very worried when we found out about them because there was going to be a snowstorm!” – volunteers who went to rescue a cat with kittens confessed later. 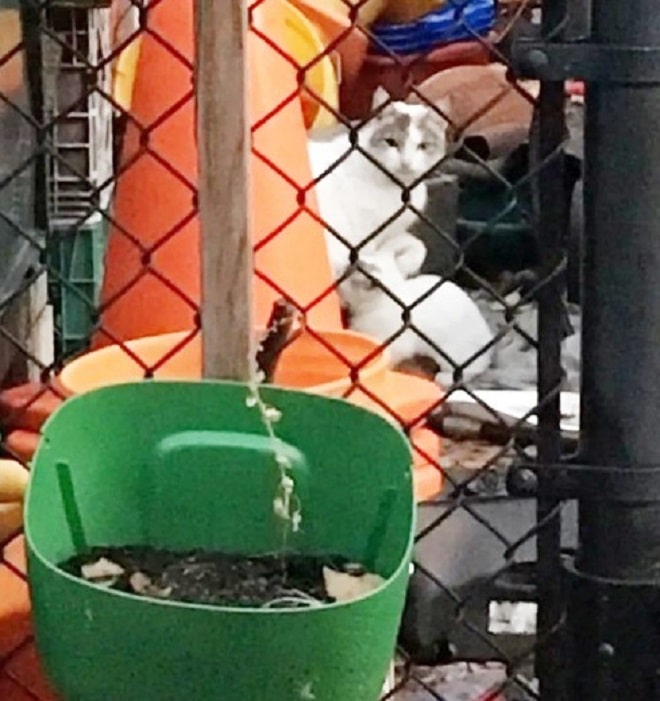 However, the animals did not allow people to pick themselves up, so the volunteers had to set traps to catch the cats. Patience and efforts were rewarded because soon all the kittens were captured. 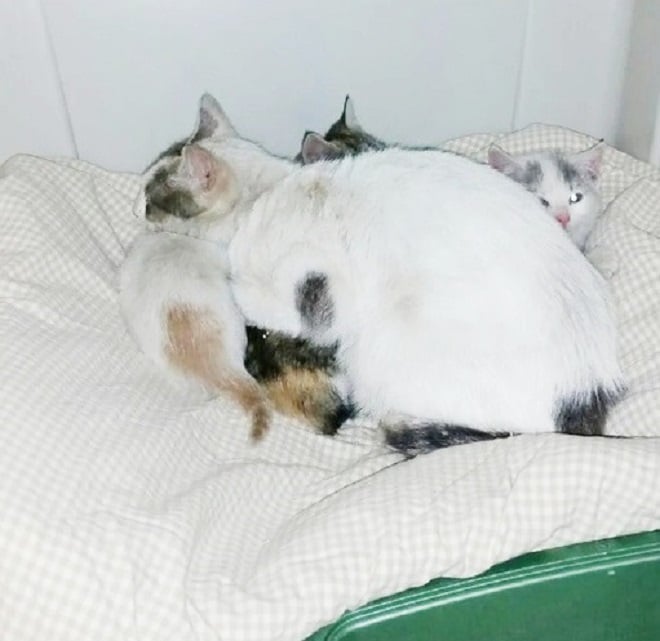 Mom-kitty was named with the beautiful name Scarlett. While in the shelter, she did not stop taking care of the babies, carefully making sure that no one offended them. The cat needed to feel that the babies were safe. 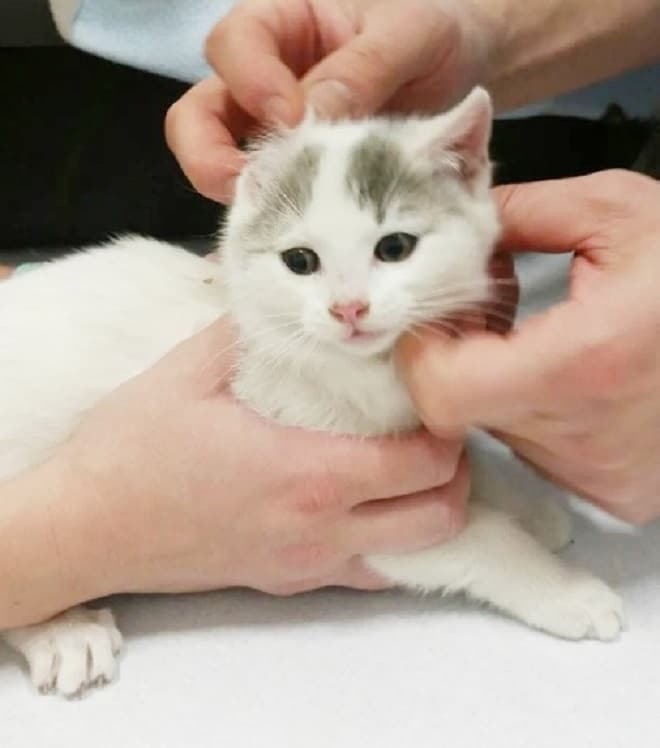 Meanwhile, they were examined and found the kittens had a cold. Apparently, they had time to overcool, as they had been outside for a long time.

The kids and mom were taken to the place of temporary care, and through the efforts of volunteers, they went on the mend. Scarlett was happy: she hugged the babies to her and purred with happiness. 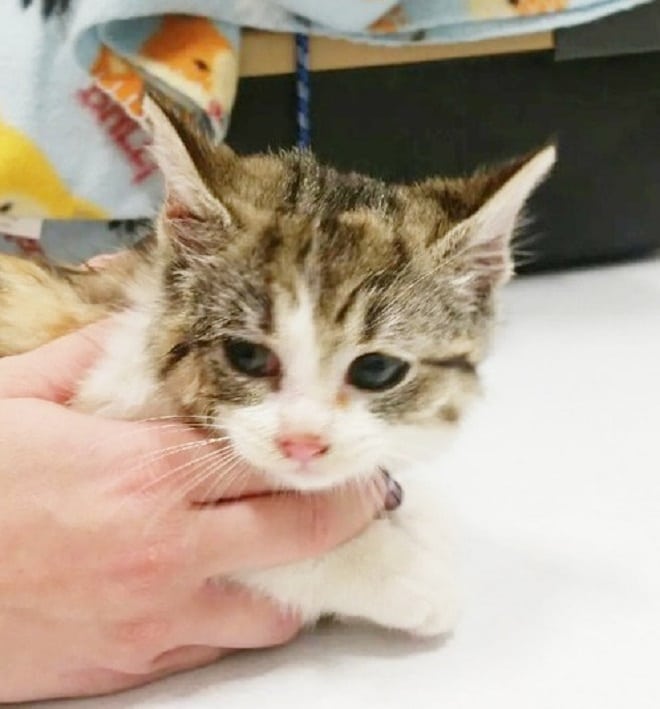 Soon the kittens began to grow up, and the mother cat began to spend more time with people. She clung to people’s feet, asked to be picked up, and was very much waiting for attention.

Some time passed, and the mother and two kittens were taken to their home by kind people. The third kitten is still in the shelter, but the volunteers are sure that there will be an owner for it. 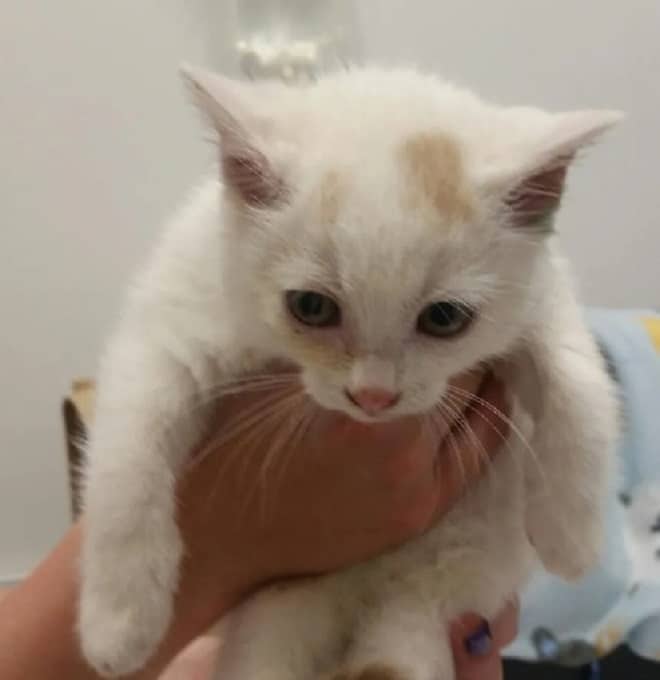 Thanks to the schoolboy’s indifference, four little lives were saved, and now the cats are absolutely happy. It’s so good that there is a place for kindness in the world.