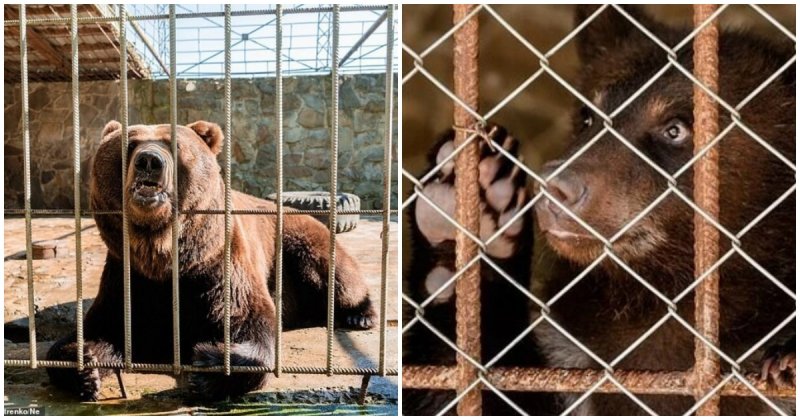 “Four PAWS” is a Ukrainian animal welfare organization whose volunteers help animals. They had long known about the family of brown bears in need of care, but it was only recently that the predators had been rescued.

A family of brown bears had been in terrible conditions for a long time. They lived in Skola, Lviv region, in a hotel. 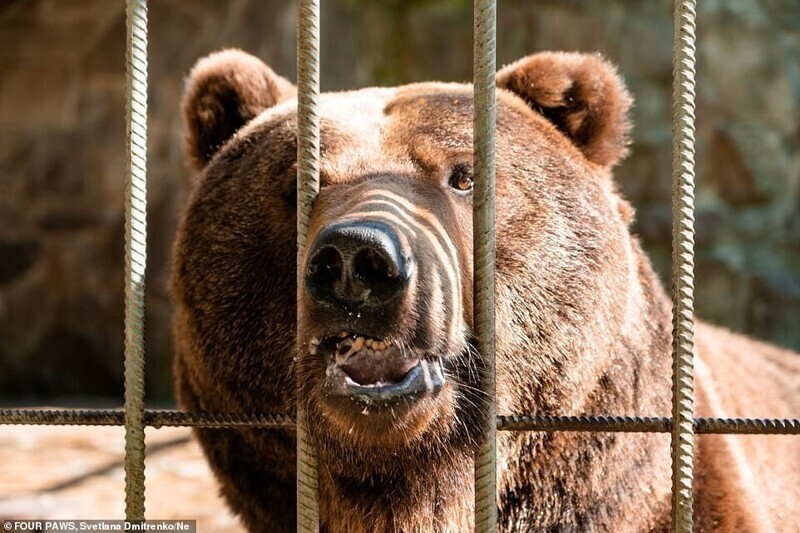 They were specially brought there by the former owners to entertain tourists in the hotel. They set up a mini zoo for the guests. 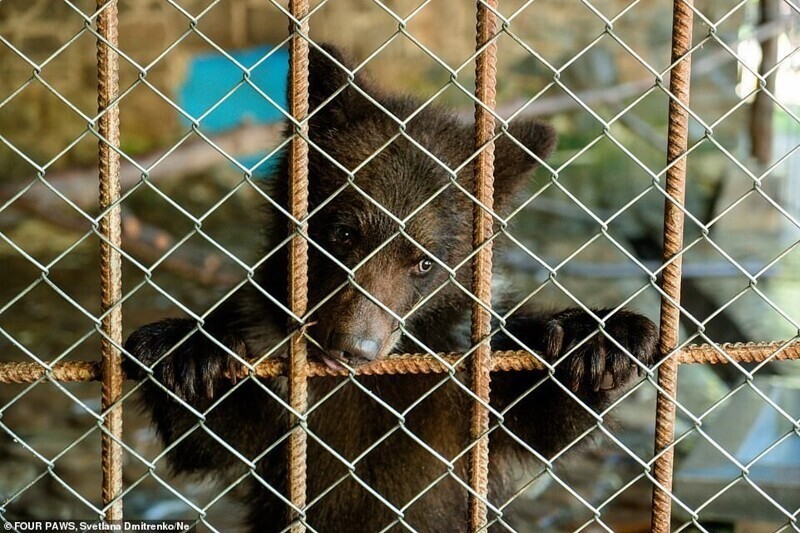 And there was indeed a demand for this entertainment, but then the owner went bankrupt and closed the hotel, and the unfortunate animals were left behind. 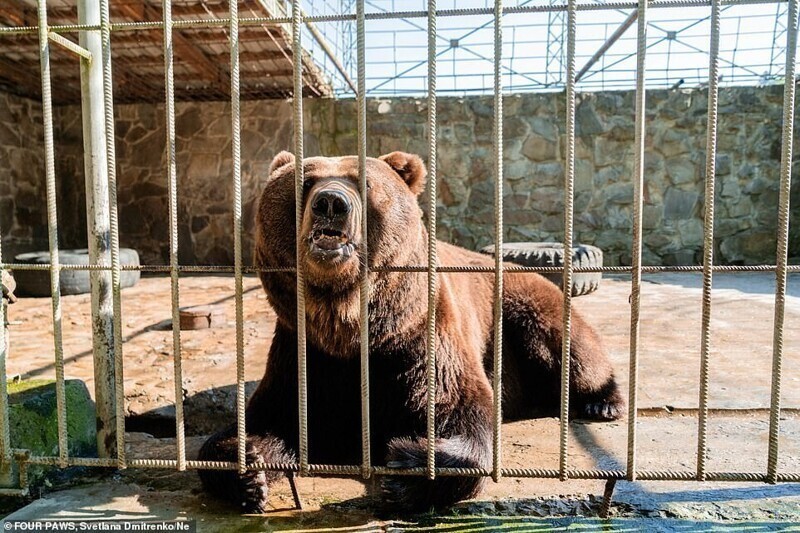 FOUR PAWS Ukraine volunteers heard about the family and decided to rescue the animals. They freed them from their tight cages and took them to the bear sanctuary Domazhir near Lviv. 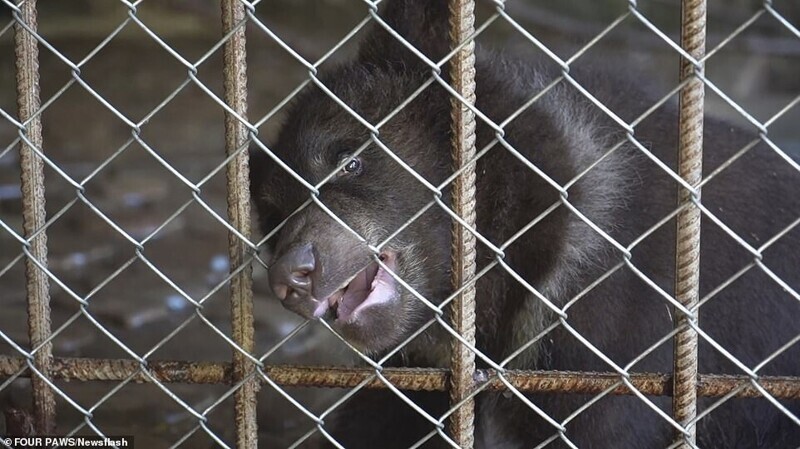 The rescued brown bears – Sirko (13), Ruta (13), and their cub Andor (5 months old), who had been weaned and hand-fed – lived in tiny concrete enclosures, lacking physical activity, adequate food, and care. The woeful owners were only focused on making a profit and using the animals. 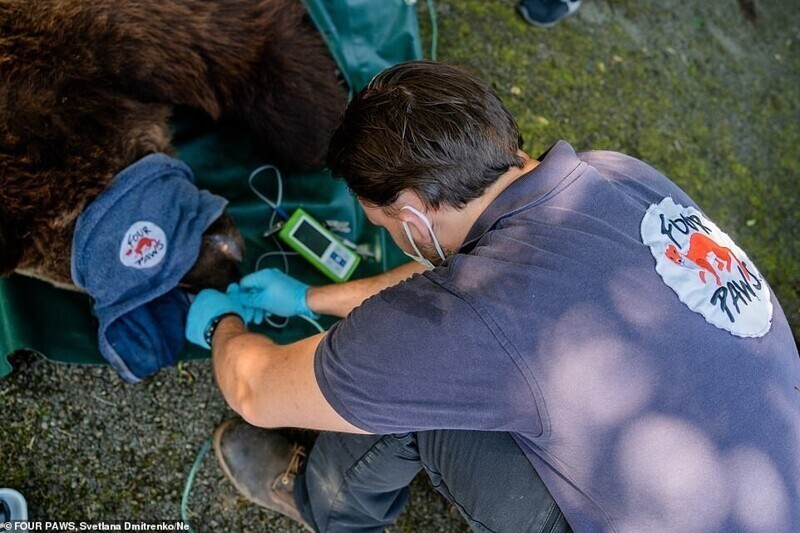 Unfortunately, Ukrainian law does not prohibit the private breeding and keeping of bears. Animal rights activists are trying to change the situation, but so far in vain. 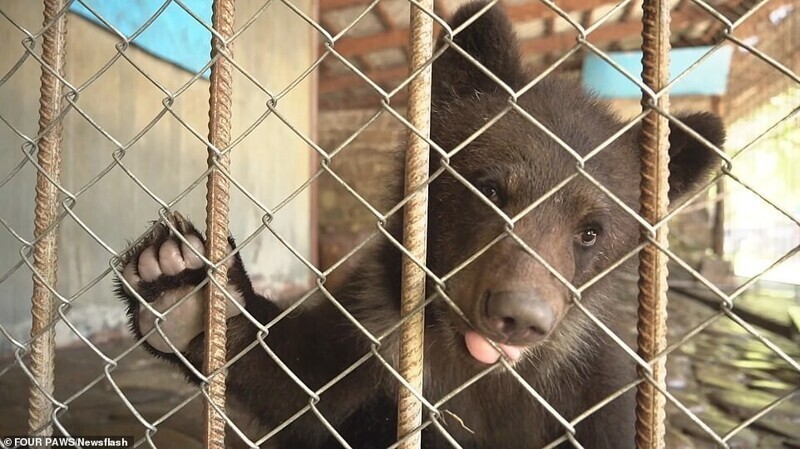 It’s a good thing this family was saved: now all of its members live in the reserve, where they are given excellent care. 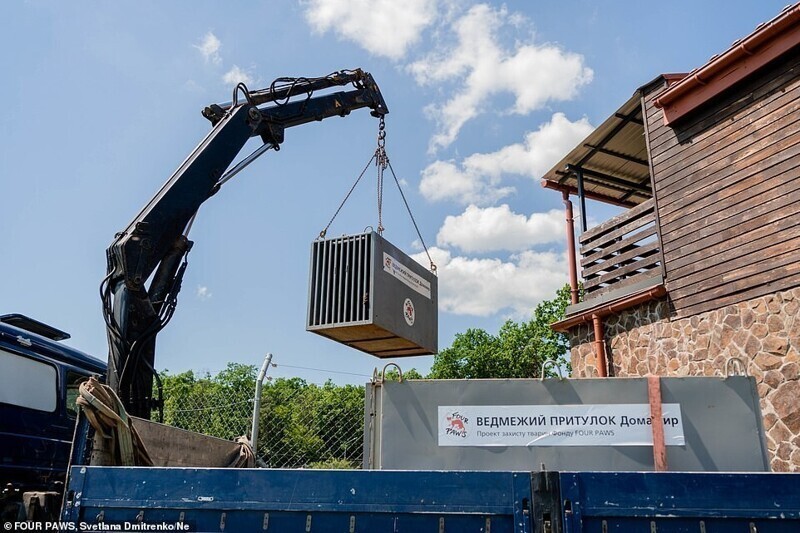 “About 100 bears are still living in captivity in small cages next to restaurants or in private zoos in Ukraine. We call on the authorities to ban the private breeding of wild animals and only to grant licenses to official organizations, such as nature reserves, with qualified staff and the necessary resources,” says Taras Boiko, director of FOUR PAWS Ukraine. 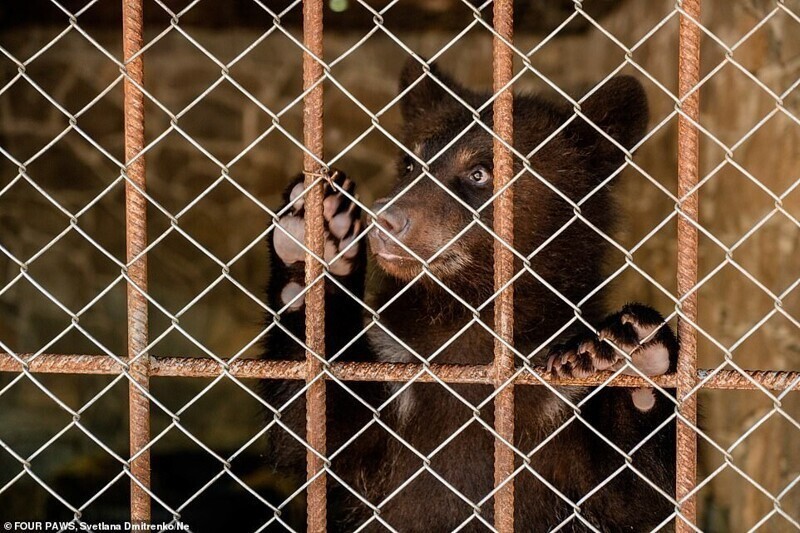 After adaptation and veterinary manipulation, the animals will go to one large enclosure. Andor the bear cub is still weak, but the doctors plan to chip it, vaccinate and deworm it so that it will grow strong and healthy. 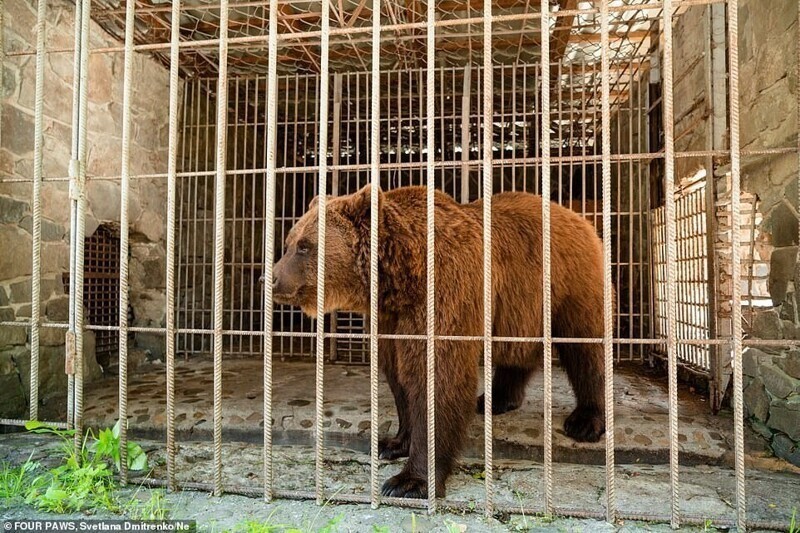 The Domazhir Bear Sanctuary, where the rescued bears went, is located on an area of 7.7 hectares and has been open since 2017. There are already 25 animals living on its territory, which previously suffered from cruel conditions. 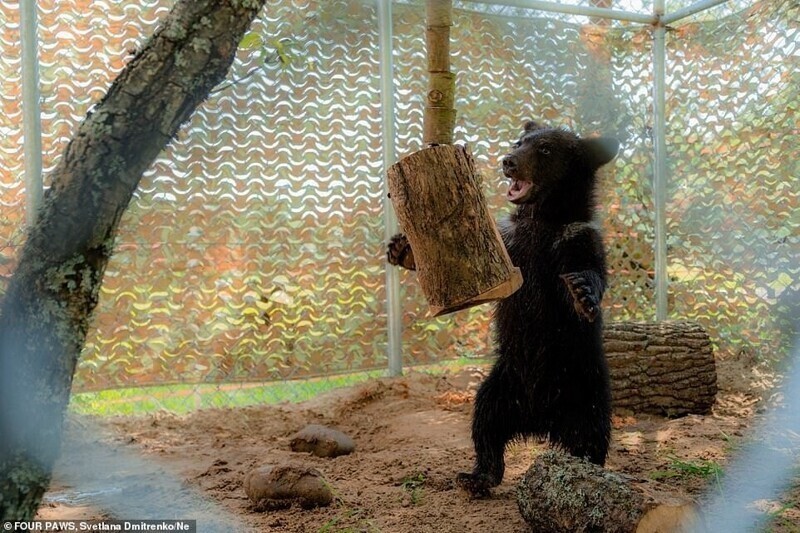