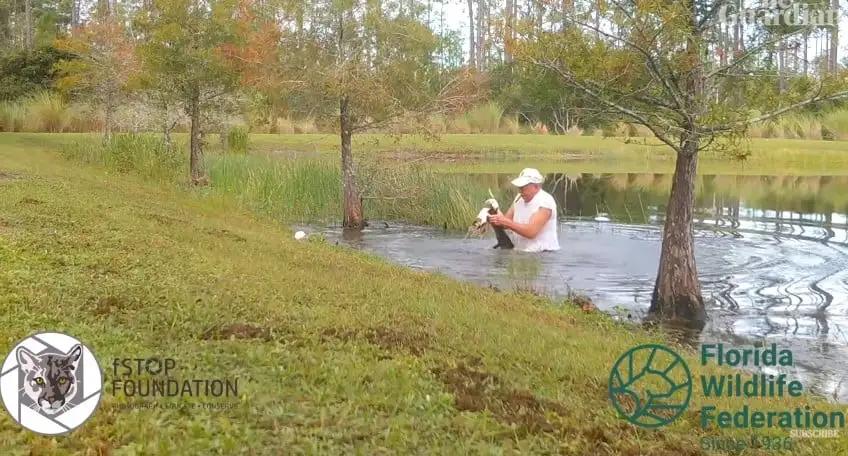 Richard Wilbanks, a retiree from Florida, was walking his puppy, Gunner, near a pond. Suddenly an alligator jumped out of the water and grabbed the little dog. 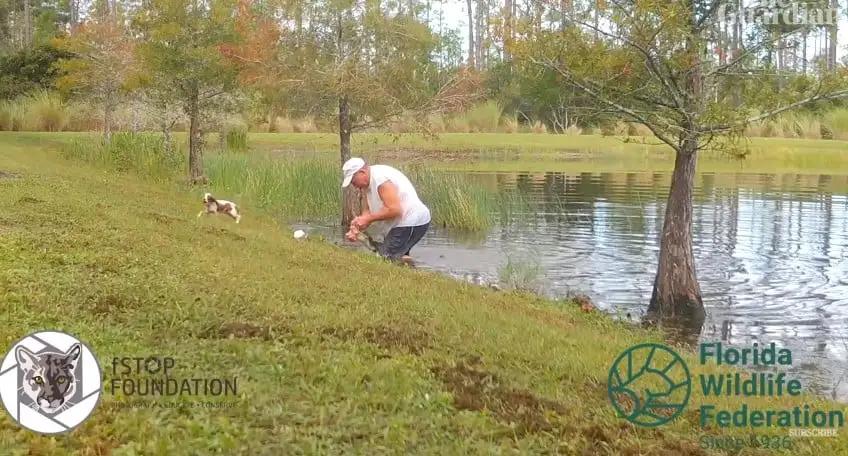 “The alligator flew out of the water like a rocket,” Richard recalls. – I never thought it could be that fast.”

The man jumped into the water to rescue the dog. “Instinct took over, adrenaline kicked in, and I just jumped in the water after the alligator and Gunner,” Richard said. 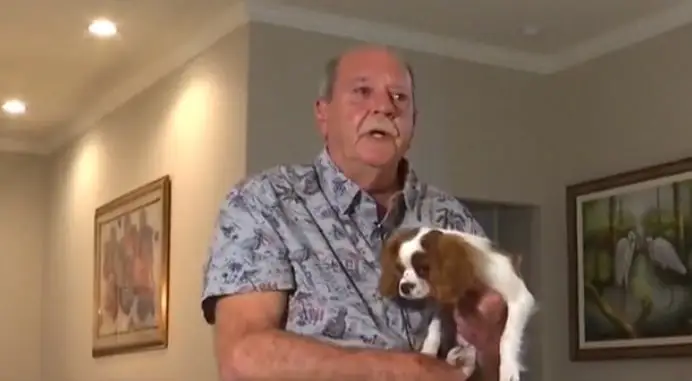 The man unclenched the reptile’s jaws and freed the pet. It ran away to a safe distance. Upon examination by the veterinarian, it appeared that Gunner had suffered a small puncture wound to the abdomen. Richard’s hands were bitten. He was given a tetanus shot. 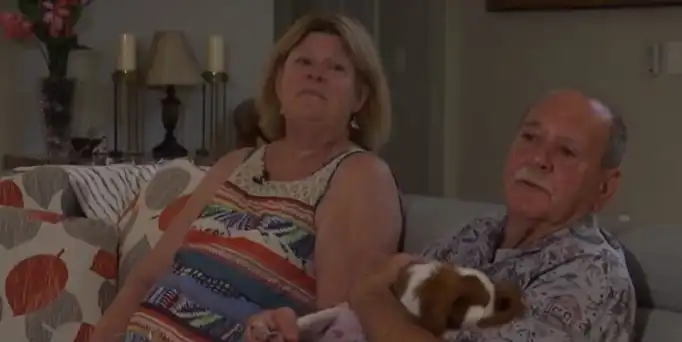 The man said he understood: the pond is the home of an alligator that followed its instincts. “They’re part of nature and part of our lives,” he added. Richard didn’t want the reptile removed from the pond, but, still, it was moved to another body of water.

A video of the pup’s rescue was captured thanks to wildlife cameras in the area.