This wonderful cub in the picture is a very rare species of cheetah. Immediately after birth it became ill, so it became very weak. The baby was barely rescued and sent back to the zoo. 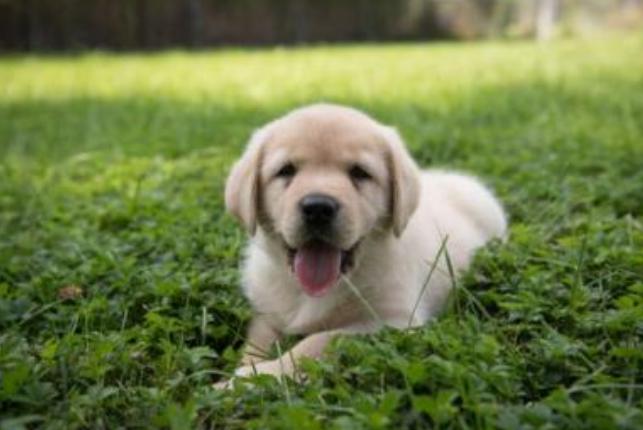 Although the pneumonia had passed, the cub’s health left a lot to be desired for a long time, which worried the vets. For the cheetah to fully recover, it needed to socialise with its peers, play and have fun. 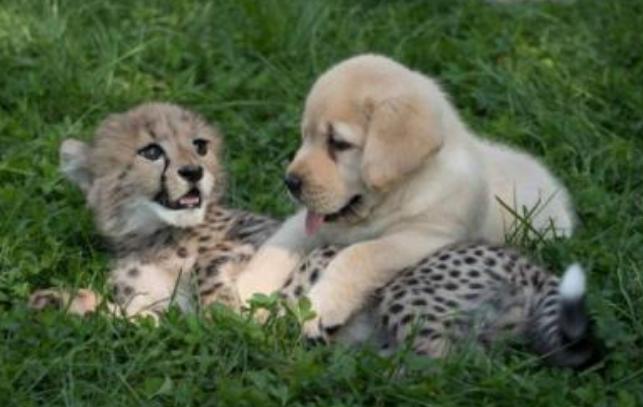 The only peers at the time were puppy Cullen, who was a few weeks old. At first glance, it seemed unlikely that two different species could play with each other, but the zoo staff decided to introduce the cubs. 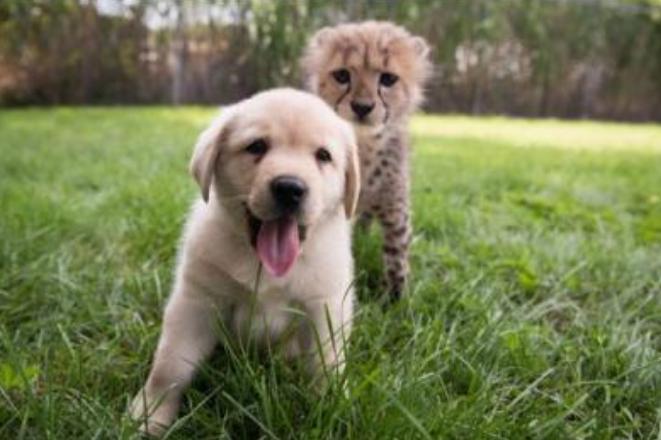 As a result, to everyone’s surprise, the dog and the cheetah became close friends. They ate, slept and played together. 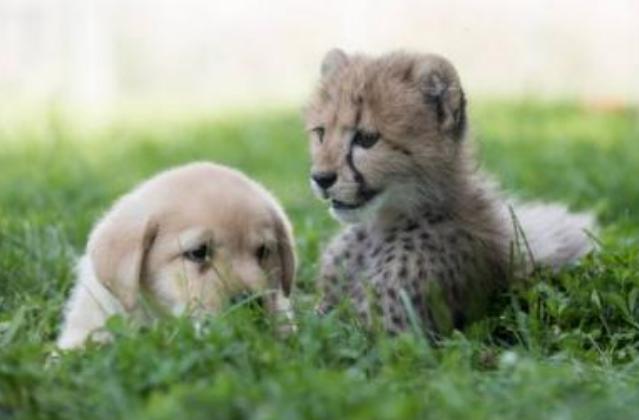 And in a very short time the friendly cheetah has fully recovered its health. Veterinarians attribute the recovery to positive emotions. And this experience showed us once again that friendship in the animal world has no limits.